Well I've been told I need to do a build up my blazer and I guess its about time I did it. Haven't take much pictures along the way but Ill show you what I got. So I bought a 75 k5 from a friend back in 2011. Crazy to think its been that long. Well it came with no engine a turbo 350 and a 203 already with the part time kit installed 10 bolt and 12 bolt axles and some sweet chrome drive shafts. Had 6 inch lift and 35's fiberglass cowl hood and had already had the steering box brace installed.

One of my friends was trying to sell or part out a 95 G30 van with a tbi 350. Asked him if he'd sell me the engine. 600 bucks later I was pulling the engine and computer and whatever else i needed. I really dislike oil leaks so I bought a gasket kit and resealed the whole engine...including a new water pump. Again no pictures of this process was too busy with greasy hands to take any.

Got everything wired up and temp mounted the computer on the fender. Bought an electric fuel pump mounted on the frame rail. Got it fired up and drove it around felt good. These are pics from when I first brought it home. 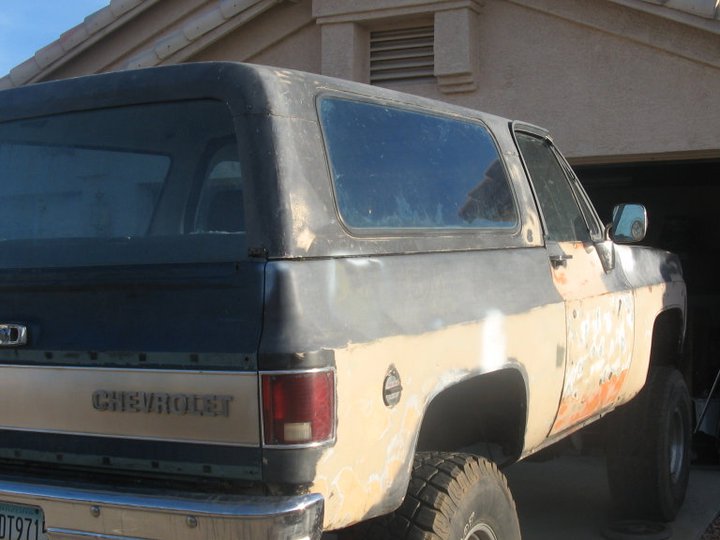 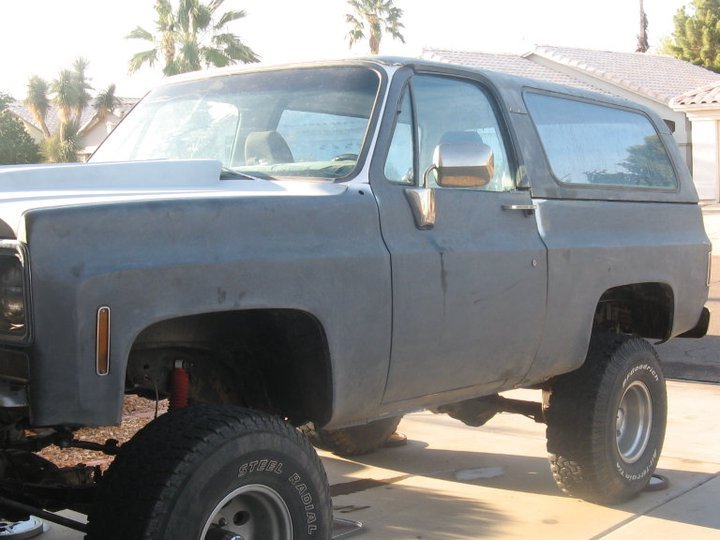 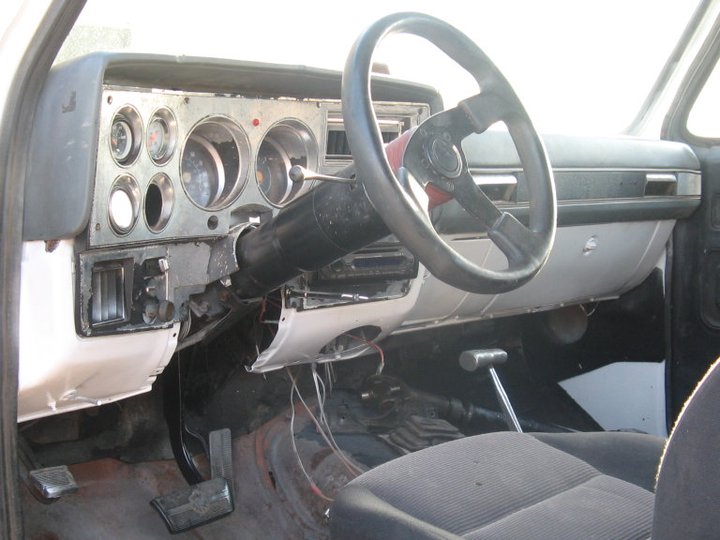 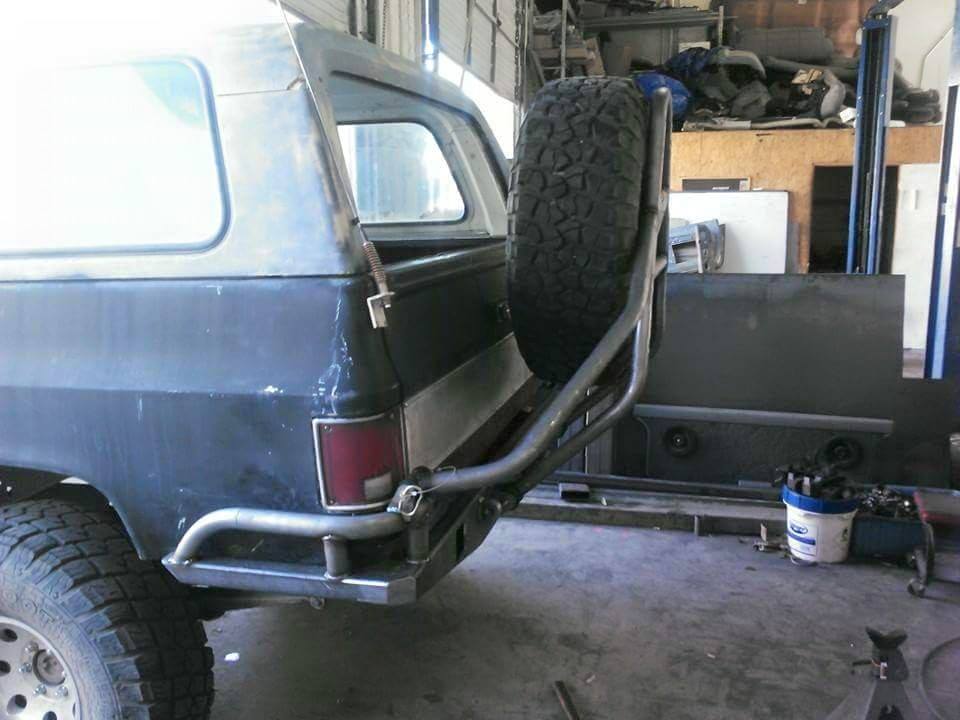