well, as my 76 jimmy project turned out to be more then was prepared to invest at the time, i sold that to a buddy and bought this one. 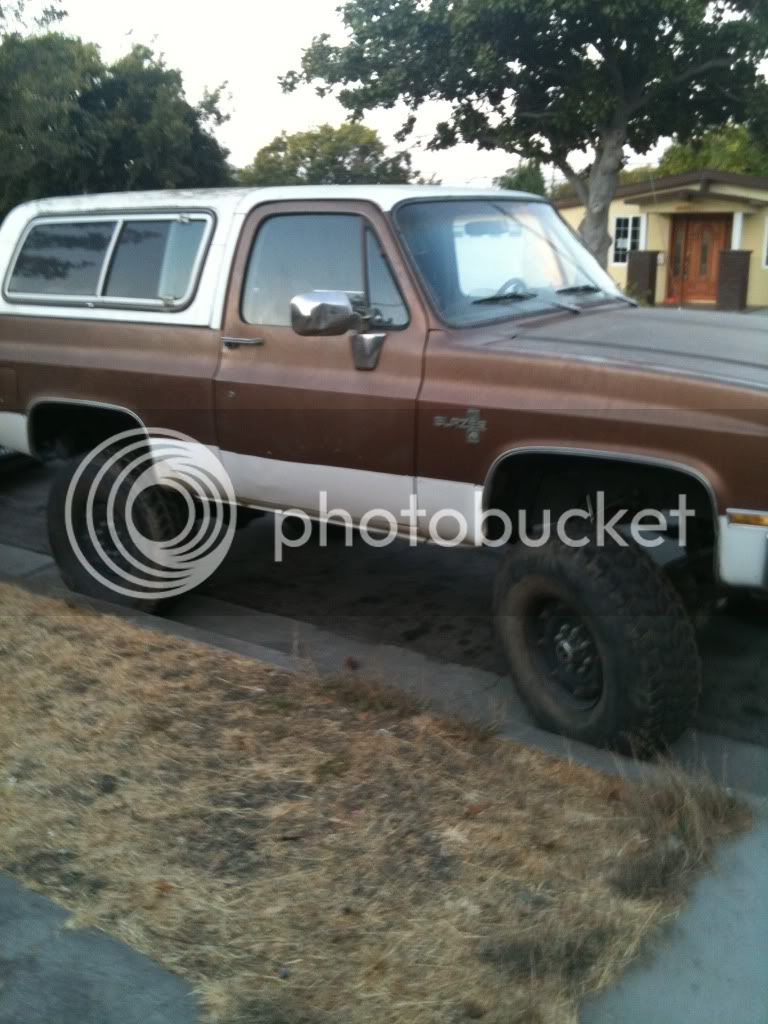 wheeled it once super mildly just to test it out. 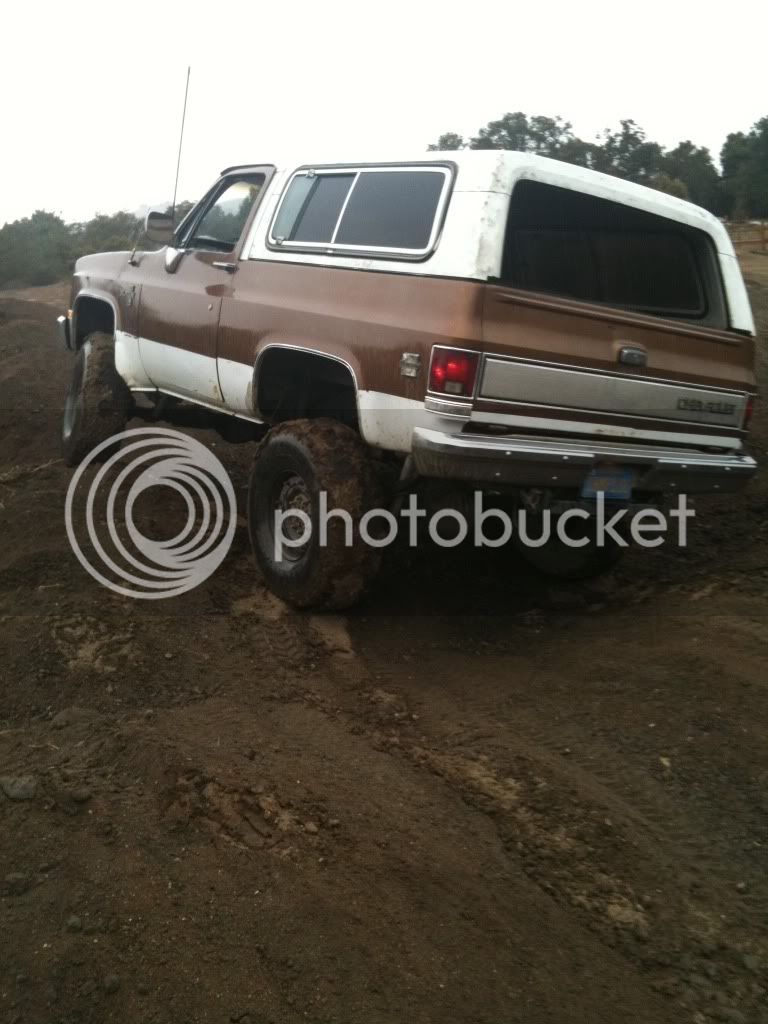 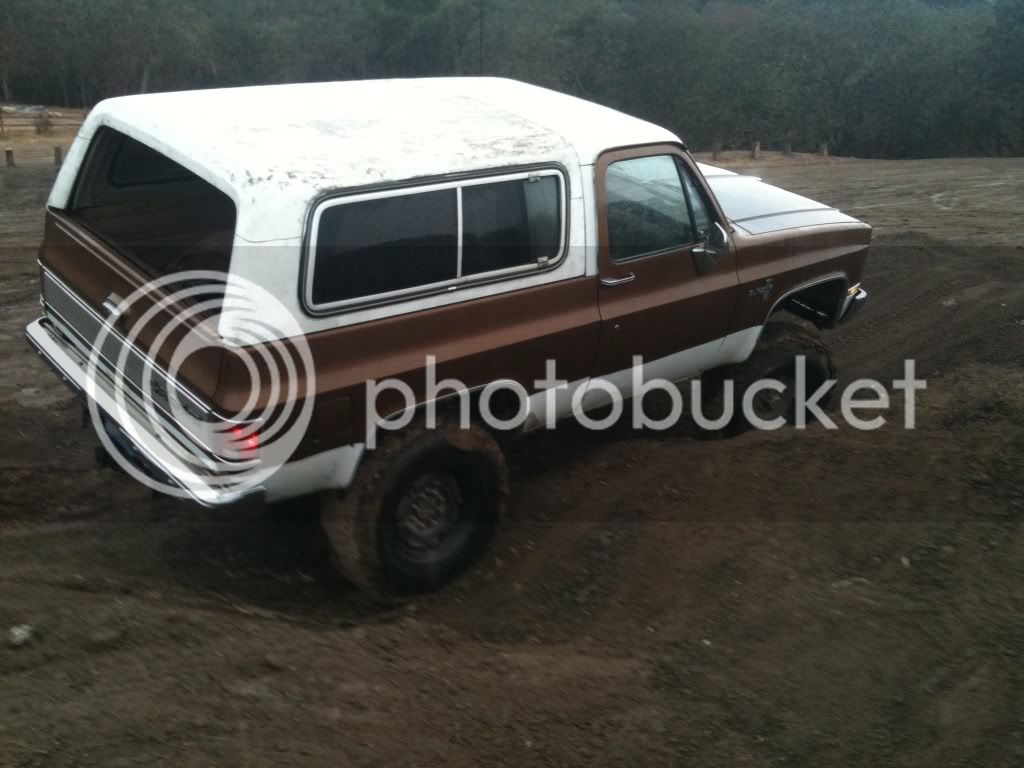 even that mad flex was enough to make the edelbrocker stall out lol.

so the first thing i did was a truck avenger. went wheeling again, did pretty good for what i was expecting until i got the very back side of Hollister, when the distributor died leaving me with no power on the side of a hill, my buddies zebra ended up having to bump draft me to the bottom and had AAA take me home. 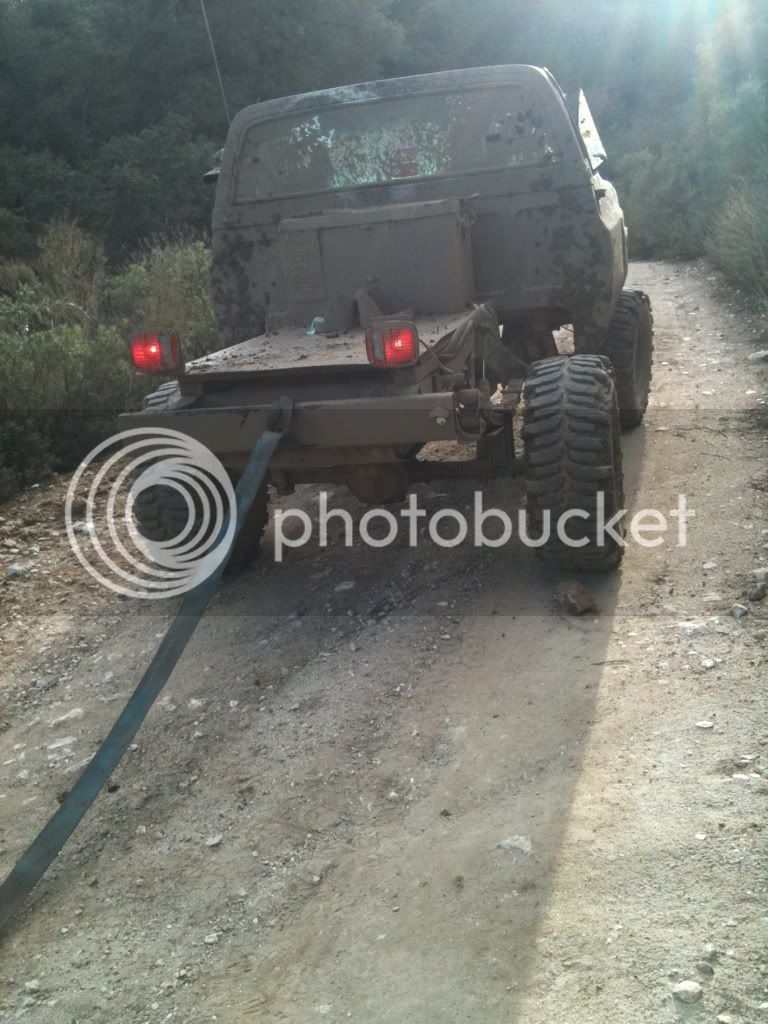 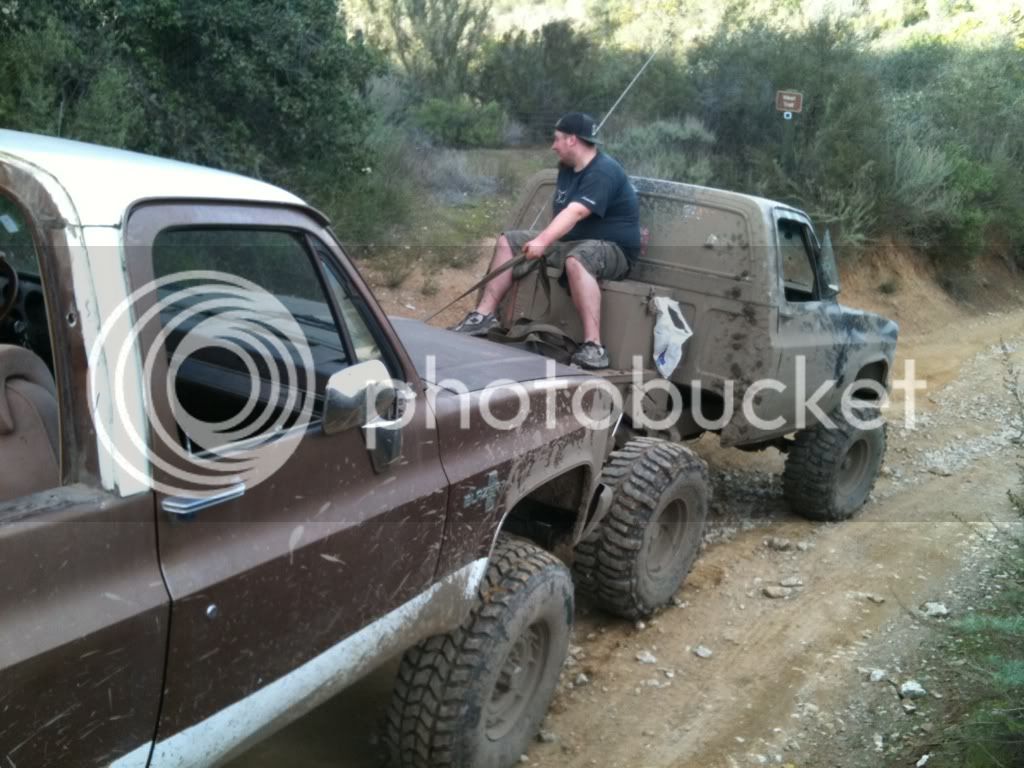 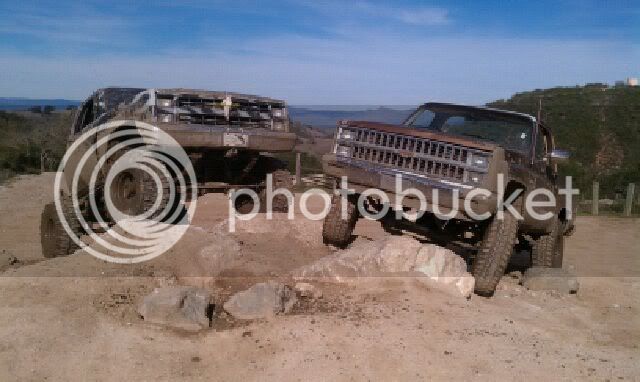 after that trip i decided it was time to get serious
bought a set of 56s used off craigslist, while BSing with the guy found out he had a set of 38" TSL's on rims that he didnt want, and i had a set of 37" hummer tires and wheels that he did want. straight trade, my setup & spacers for his setup. i'm happy, def got better wheeling tires plus ditched the spacers. had a buddy of mine start geting some tube to start a cage, of course i didnt have him start it til a bout a week before the first pismo trip, so we only had time to do the front half, plans are to take it all the way to the gate and leave room to keep the back bench intact.
bout that time i bought some corbeau super fatty seats and harnesses. grabbed a 14 bolt 4.10s and already set up with disk brakes off CL
of course that was the day after my DIY4X disk kit shipped so now i have one of those on the shelf too. i have a shackle flip kit from kert that I plated at work for shiggles. i'll be honest when i paid for the parts i thought it was kinda high, and then i saw how beefy they are, and i feel all warm and cuddly inside now. def wont have a problem buying more as funds allow.
bought a DRW Dana 60 4.10s off CL
in process of tearing it down, and rebuilding it. the idea is to build these axles right so i never have to dick with them for a long while. hoping they'll out live this rig and maybe find their way under the next one.


plans that i have but havent paid/gotten parts for are

-finish rebuilding the dana 60, new arms, full rebuild with locker, 35 splines/crossover/ hydro assist
-going to do a 241/205 when ORD comes out with their setup. add a tcase brake to the 205 and bobs your uncle.


the whole idea behind this build is that i do things right without going too crazy, that way if i wanna move my drivetrain/susp to a new project one day when this one has had it, i'll have parts worth swapping.

that brings us a bout current with where it sits now. i'll fill in the plans and what not later on. 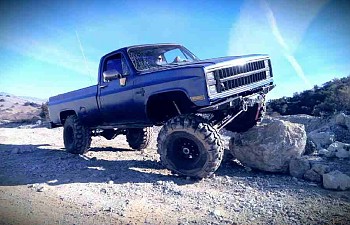