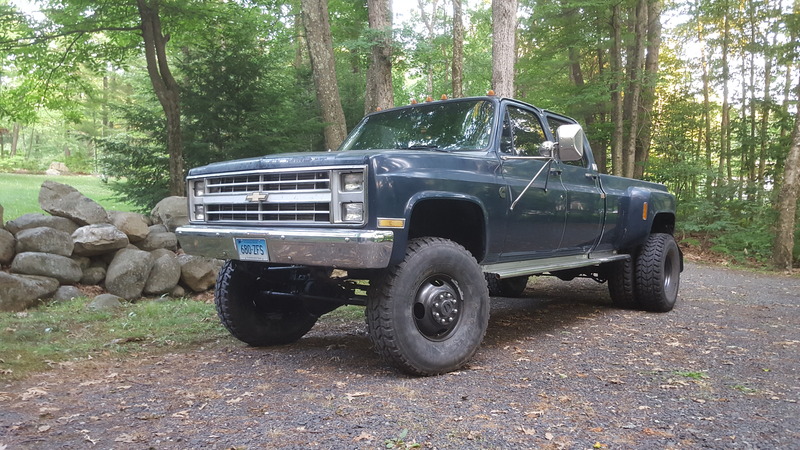 Hey guys, I finally get to start a build thread fresh from the beginning, I know this is a popular thing to do now a days, build up a crew cab but I have been lusting/searching for a clean one for the better part of 6years now.

I have searched through many craigslists ads, friends of friends, went and looked at many trucks over the years. Never found one I was happy with. I originally wanted to build a crew cab for wheeling, then as time went on, I kept building my blazer and then wanted a single wheel crew cab short bed, but as fate would have it, I have ended sup with an absolutly beautiful 2wd crew cab dually.

I recently graduated and wanted to get myself that "new" diesel truck I thought I could afford, then reality came back to me and the crew cab dream continued so here I am with an awesome project to build instead.

My use for this truck will be to tow my blazer occasionally, DD it and general truck use.
The specs will be the following


Late novemember my friend crashed his dodge diesel, totalled it so I bought it off him for the motor and sold the rest.

Here is the dodge 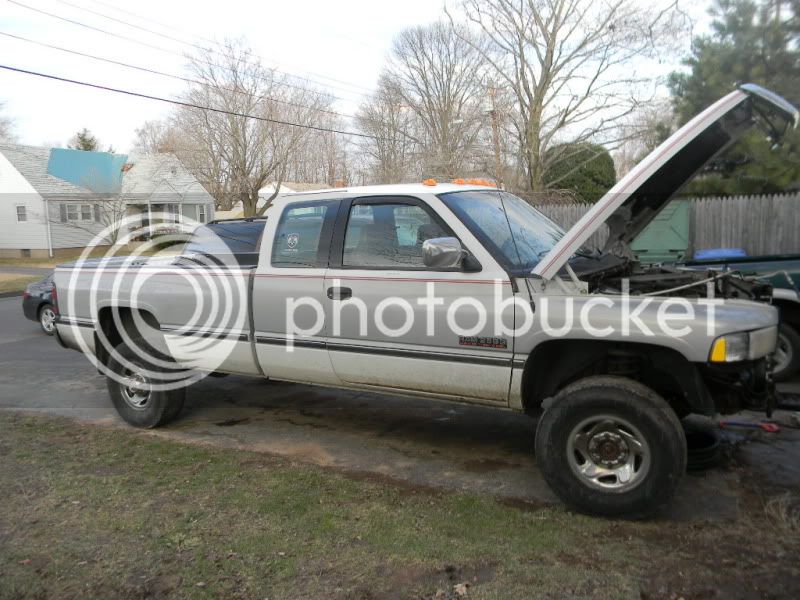 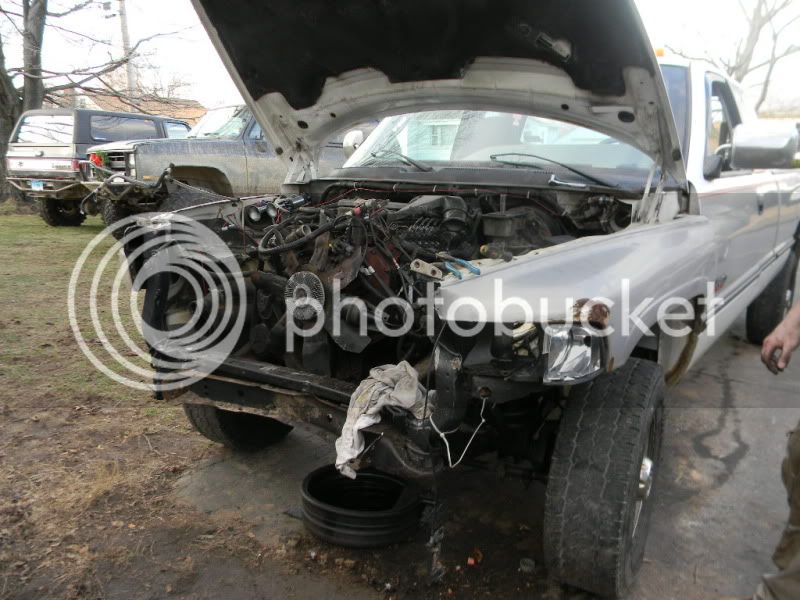 The motor- i have more pictures after 10,000bottles of engine degreaser,

The motor is going to get the advanced timing, 3200springs, fuel plate and thats about it, the truck will be a mild DD/towing build. 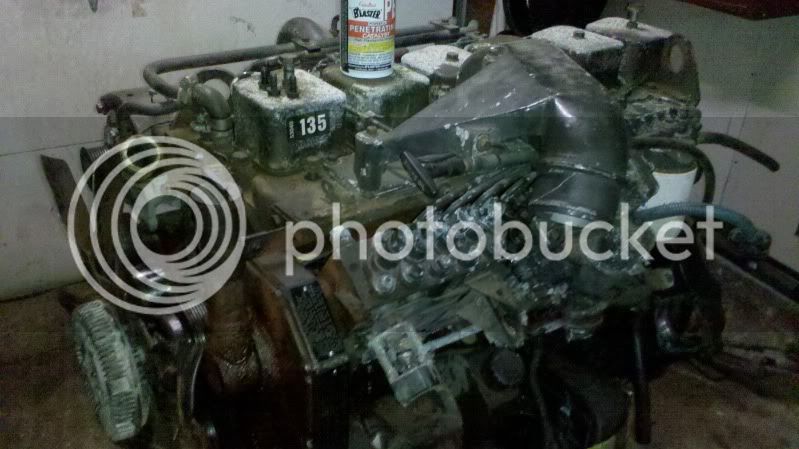 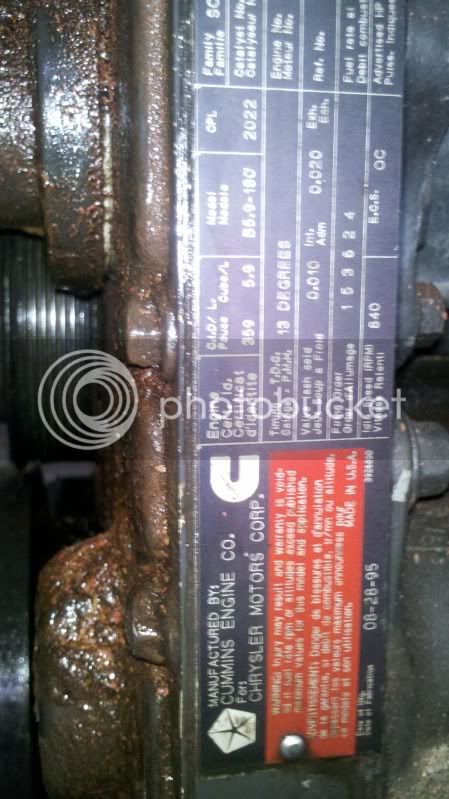 I had to make quite the stand for the motor... was cheap too! 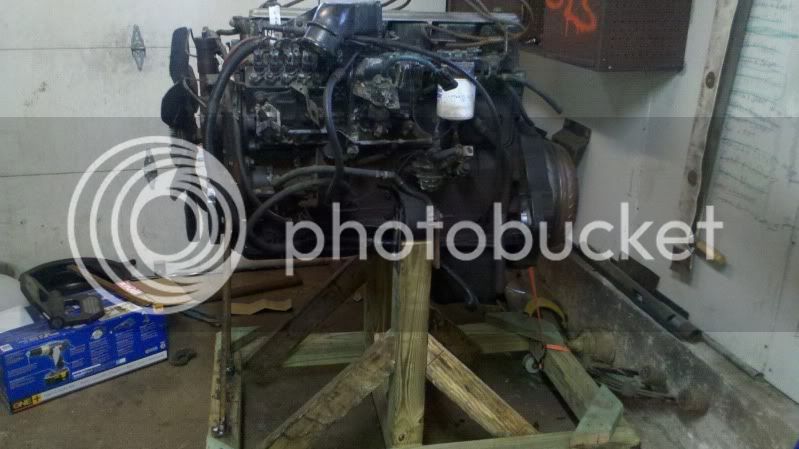 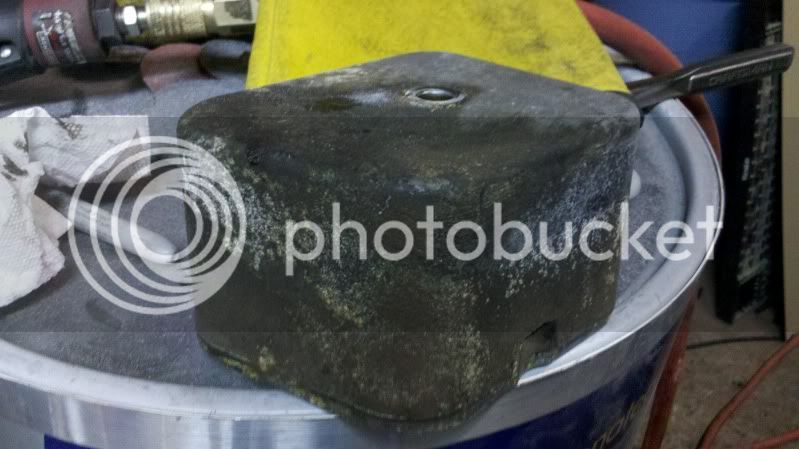 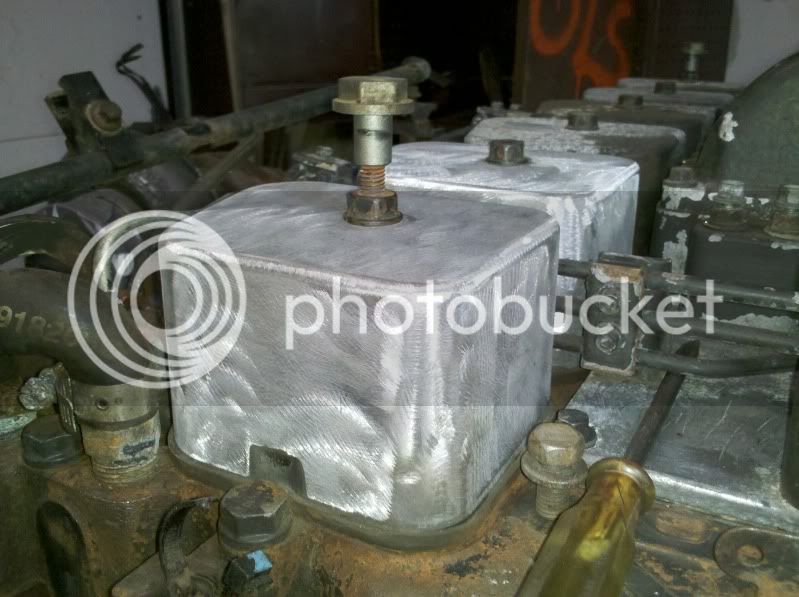 I am waiting on painting the motor till after i get everything done. The killer dowel pin fell out so i am fixing that and doing a LOT of seals, front main, rear main, oil pan, etc.
Reactions: NorCalAnthony and SpeedlabDan
Share:
Facebook Twitter Reddit Pinterest Tumblr WhatsApp Email Share Link

This is going to be a slow build, but I hope this thread gives me some more motivation if a discussion is started/interest. I have had this k5 since I was 17, I am 30 now and it has gone through a few different phases, I will give a quick history. Its been through 3 or 4 motors, 3 trans, 2 transfer cases and a few axle configurations since then. When I got it, had to redo the floor completely, my dad and I tackled it with no experience doing any welding/fab work.. but came out decent...

Other
Electrathon race car- a different type of build

Now, I know that this build may be a little different than the typical ck5 build, but I thought a few of you may enjoy this, or if this is totally off topic and should not be on here, fully understandable and I will not continue. To give you guys a little back ground on myself, I am a tech ed teacher at a local public high school and we research, design, fabricate and race fully electric race cars. I had this dream since I started teaching to start this program to help the kids learn the...