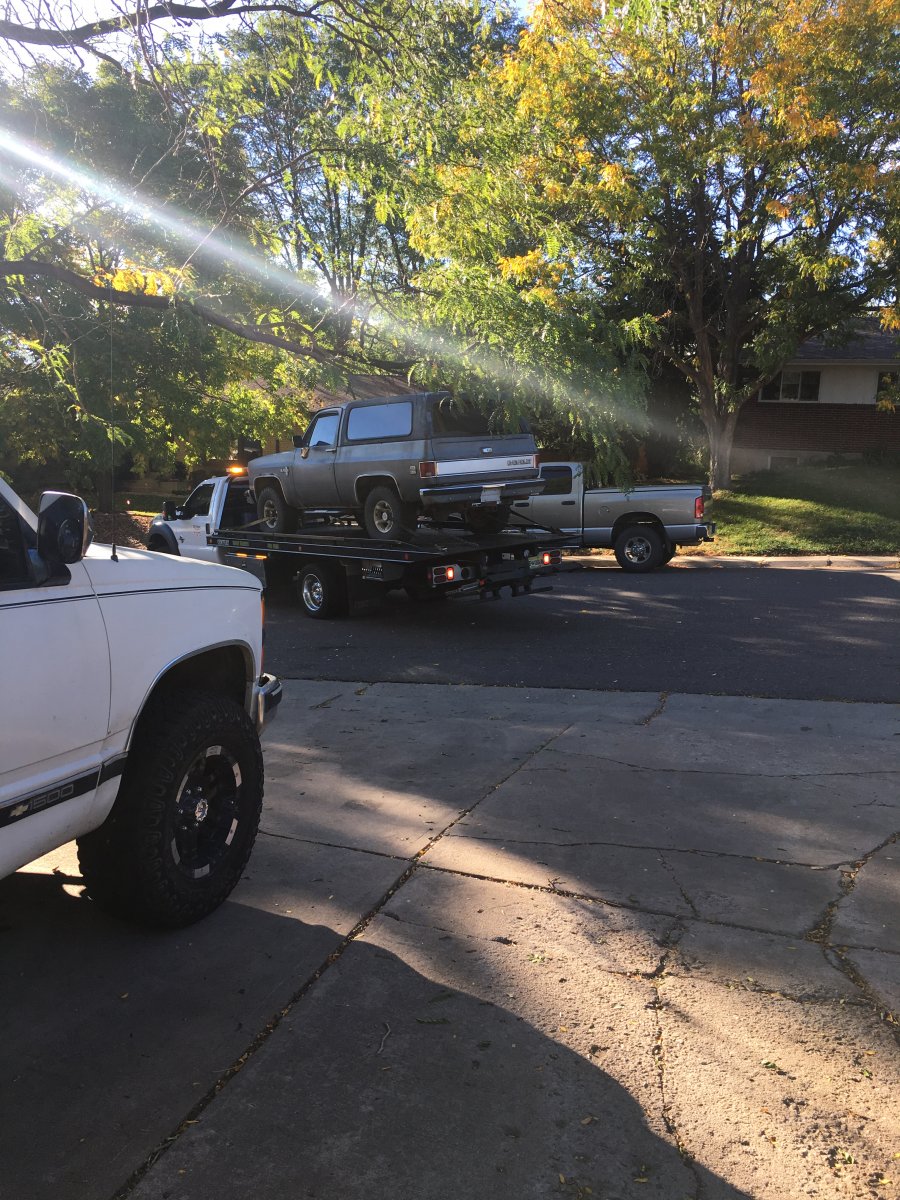 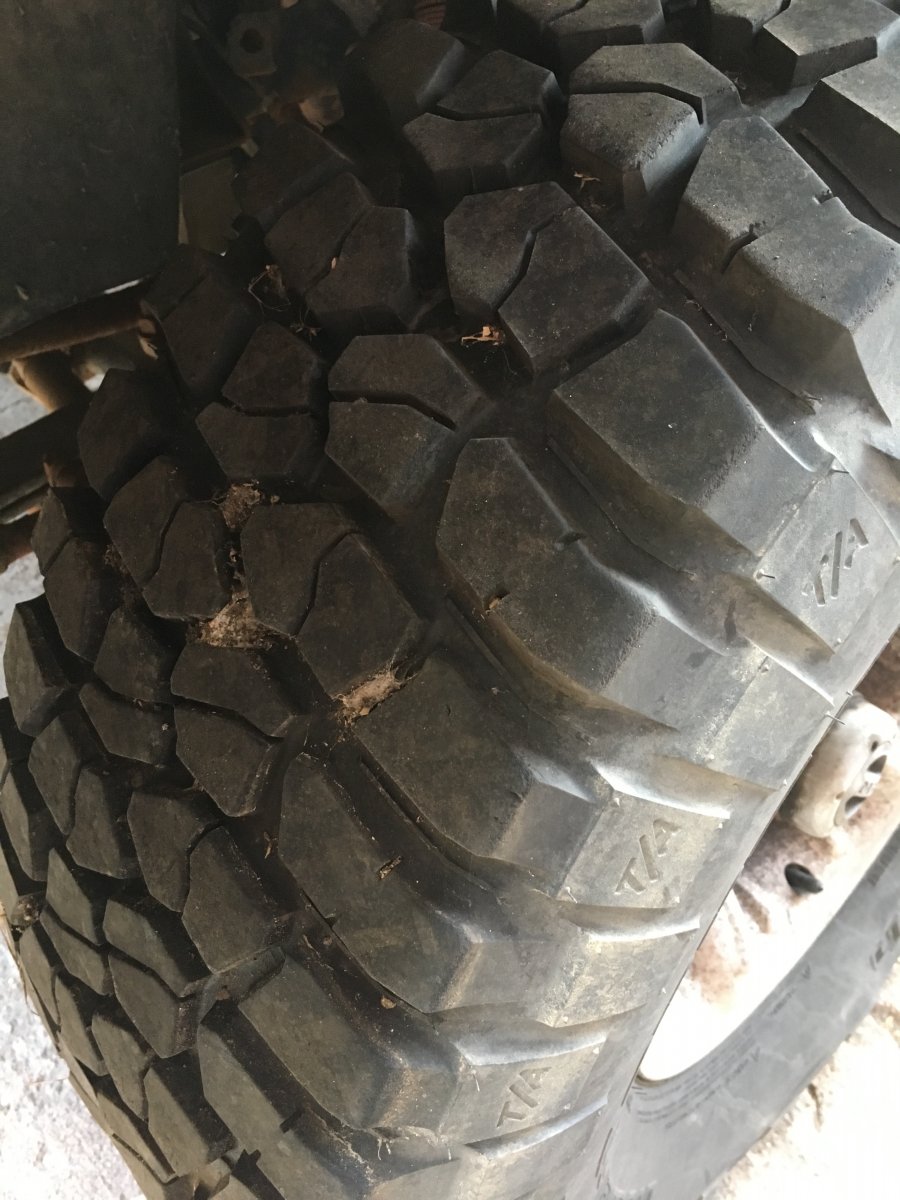 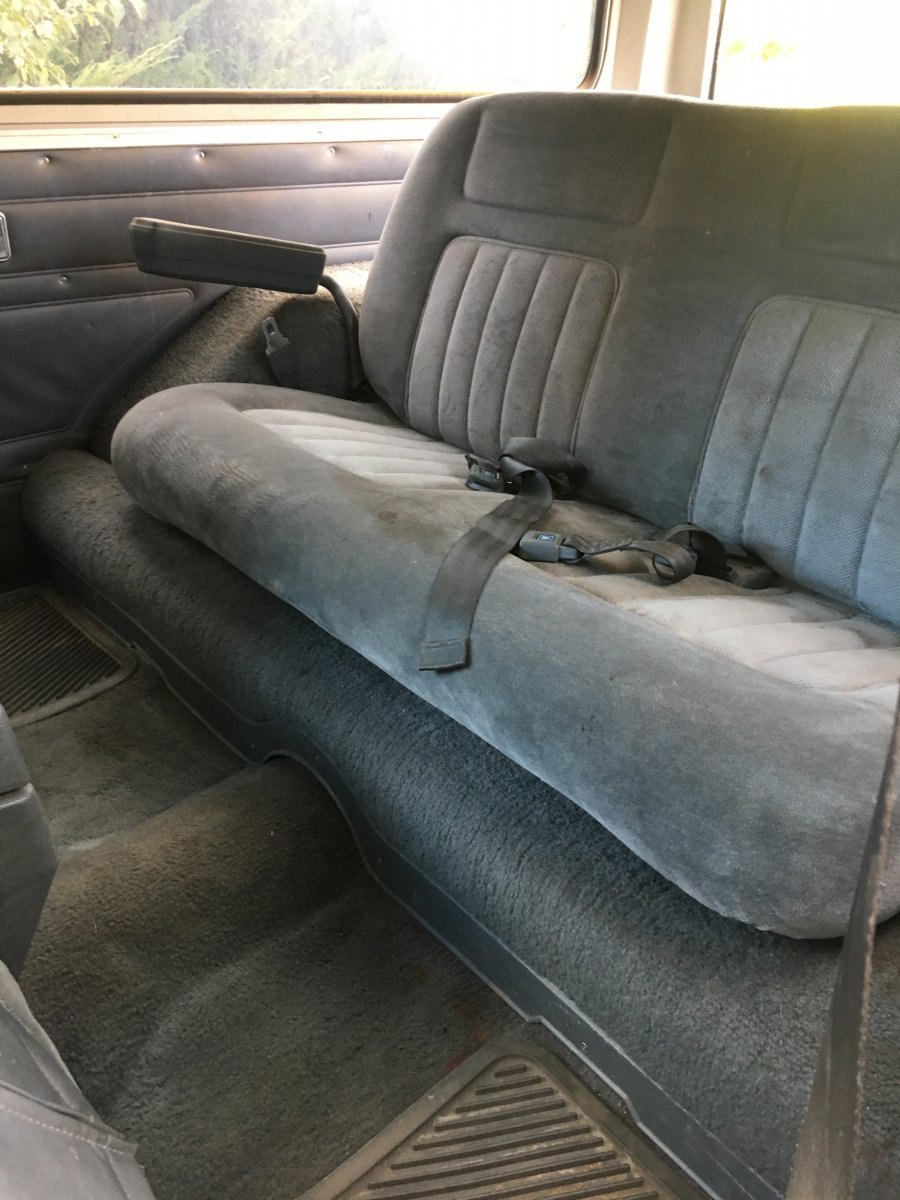 Hello all,
I'm new to this site and I just thought I would share my project. It is a 1987 Chevrolet k5 350 tbi, 700r4/208 with 10 bolts front and rear 3.73 gears. I bought it in august of this year for 600$. The previous owner and I had been exchanging text messages for a year he wanted me to him a trans for it. Since he let a friend borrow it to do some stuff he ended up taking it mudding and destroyed the transmission. So it sat for a year since the owner couldn't find a trans for cheap. I have had for about ten years an 86 k5 sitting in my drive way because the rear axle was shot and the motor was seized. And I lost interest due to other projects. Back to the 1987 he called me up and said he didn't want the truck anymore due to bills and the apartment complex was hassling him about it not moving in a year and said come pick it for 600$. So I ran up from Littleton Colorado to Longmont co and had it brought home. Once it was home I tried staring it, it would crank over but not fire up so I went through the normal steps. Air, fuel, spark, and compression and I was missing fuel so I checked the relay, it was good so I jumped to dropping the tank I ordered up a new sending unit, fuel pump, and filter. I installed all but still I couldn't hear the pump at all! Back to diag! Checked ground looked for fuses all good? I took a look on thirdgen.com found that the ignition control module might be to to blame I had a spare one in my parts bin and threw it in. And BAM! It fires right up like new changed plugs and air filter and ohm out the wires and called it a day. Next day I tried putting it in any gear and nothing! So I started looking at my 1986 blazer which has a seized 350 but, with a good 700r4. So swapped out the trans new filter and fluid here it is now a daily driver.
Parts I have acquired since then.
1. Dual shock brackets
2. Carr light bar with 6 kc day lighters
3. Winch bumper with four more kc's
4. Long tube headers
5. 4" Rancho front leaf springs
6. ORD shackle flip kit and new front u bolts
7. Np 205
8. Dana 44 8 lug 4.10 gears and powertracs LSD I THINK!!
9. 14 bolt ff 4.10 open diff
10. 700r4 rebuilt
I am missing some key components for installing these for example the lift kit I need extended brake lines, 6 new shocks. But I will post pictures and such when they are installed. So far the truck seems to be good the previous owner had said that the truck has a cam and I would agree it is a lot more torquey than my 91 k1500. And the trans in the 87 now is starting to slip, maybe from sitting so long? I'm not to sure it has true dual exhaust with two dynomax mufflers on stock manifolds and a brand newish set of 33" bfg km2. Now on to the bad it has some considerable rust in all the wheel wells every one has large holes. And it is a A.I.R. Model but it is registered out side of Denver so it will be loosing all that and the headers you will go on soon! But there you have it my 1987 k5 I have big plans for it I will be working on it hopefully every weekend willing my fiancé allows and life lol. I'm open to ideas, advise, and constructive criticism lol

Thank you guys here are some photos 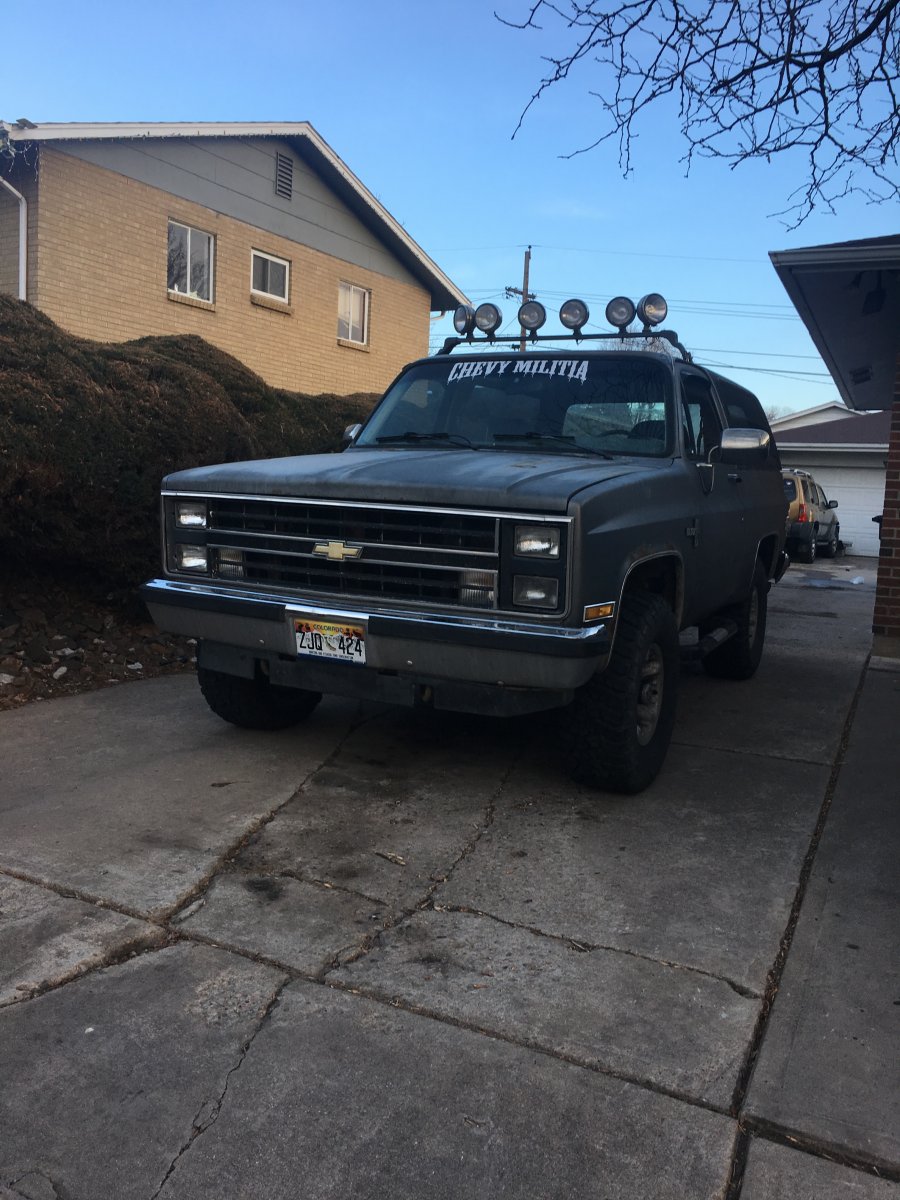 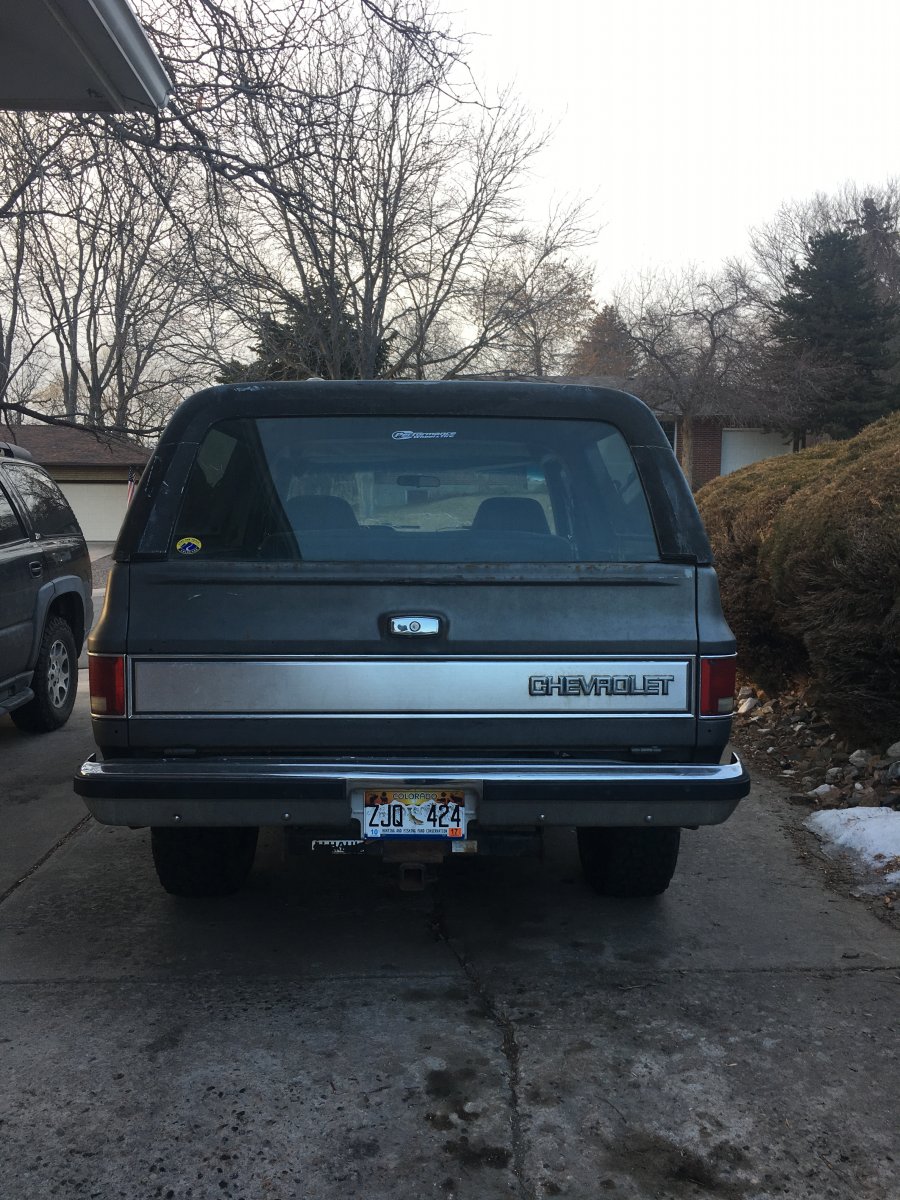 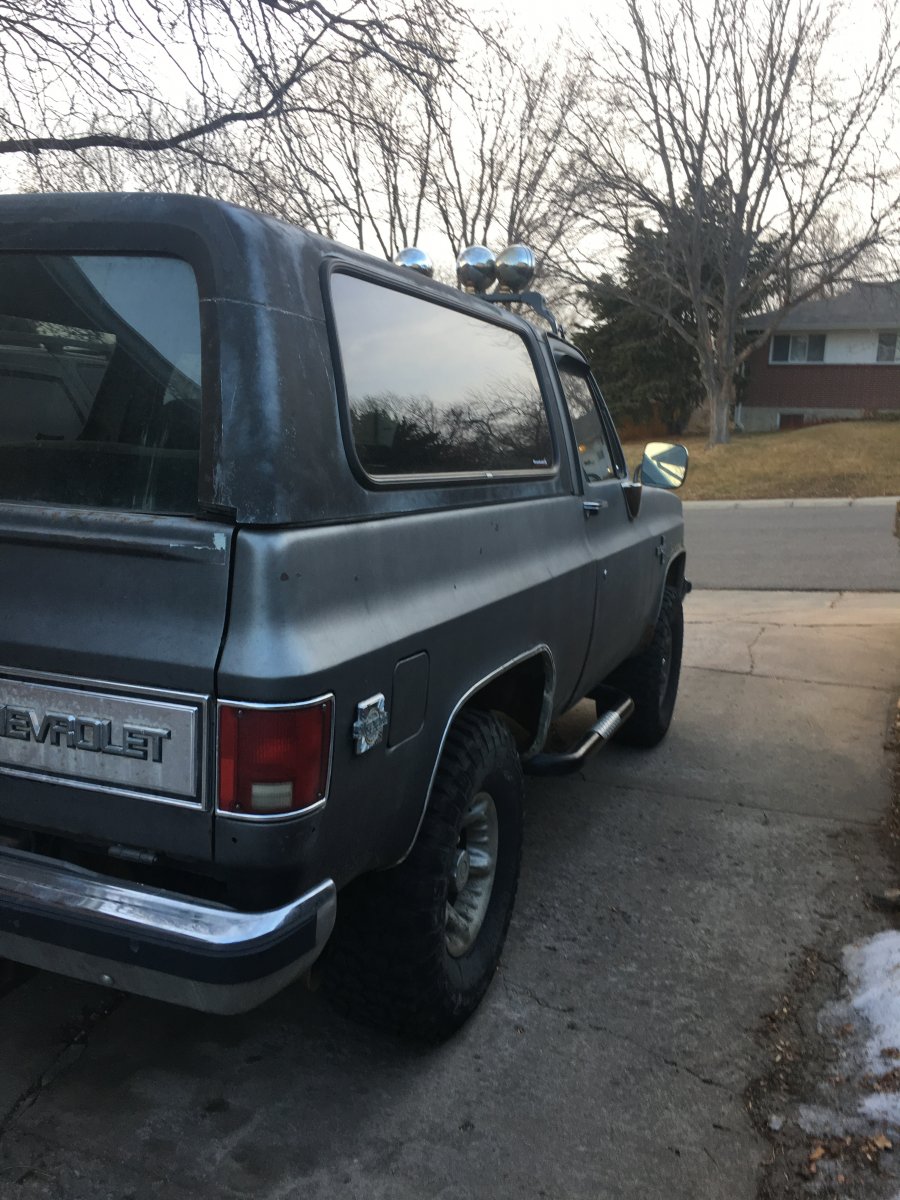 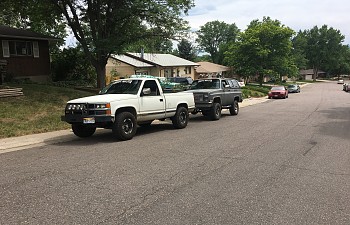