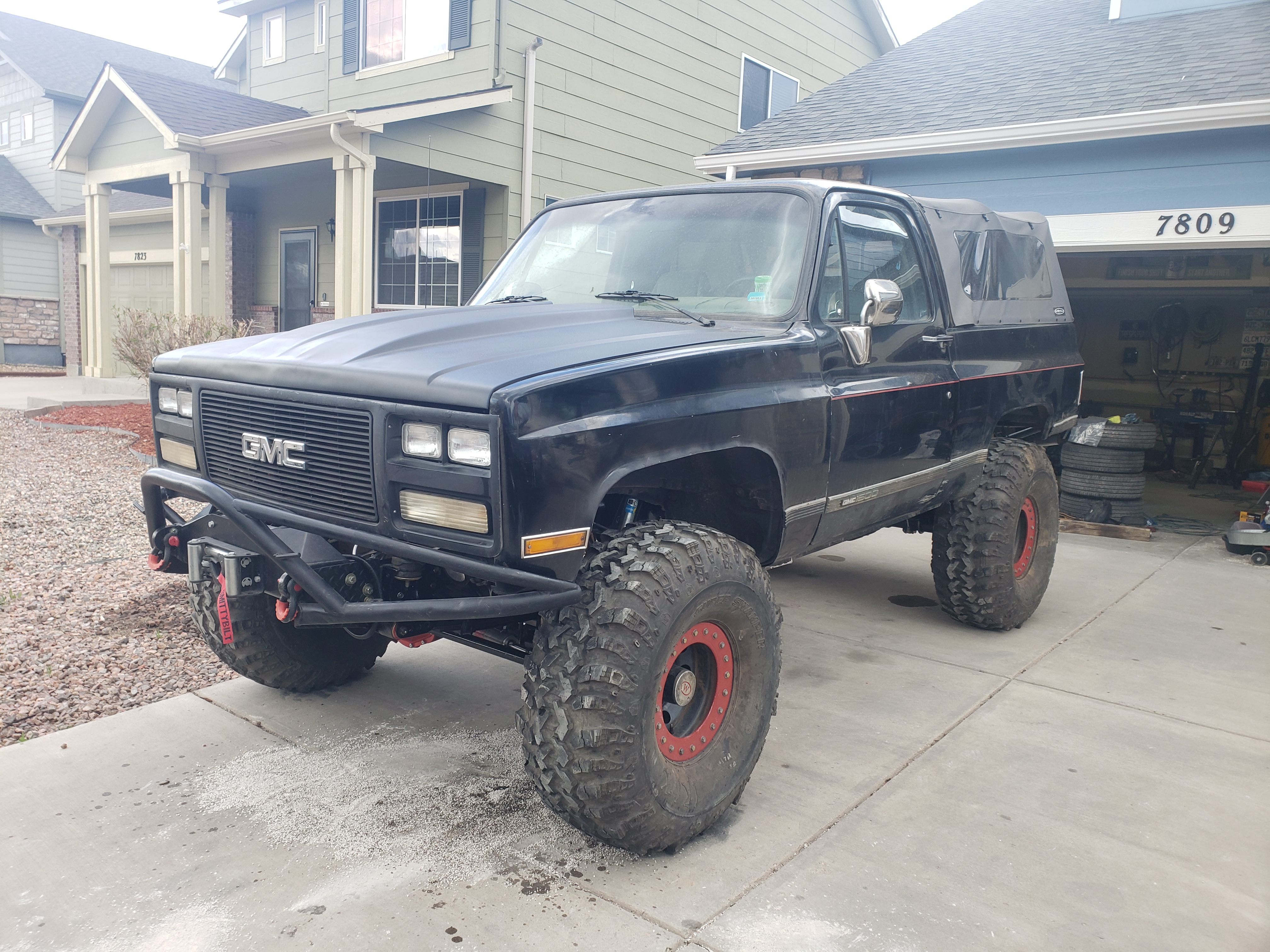 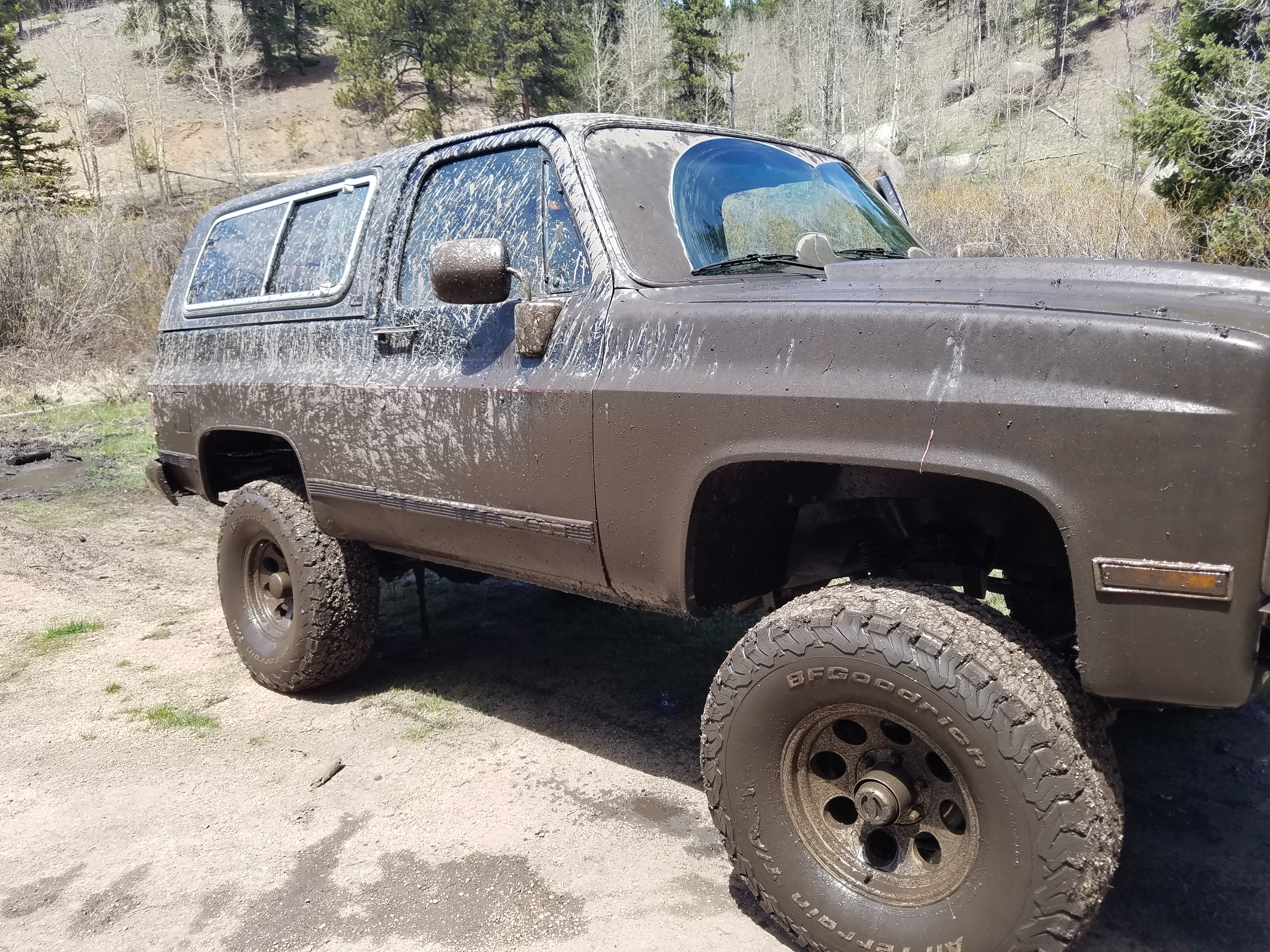 I bought this about 5 years ago from a friend of the family. It was sitting in a field when I came across it but it fired up and I drove it home.
Previous owner had made a few changes, 6" superlift, Dana 44 front, 14 bolt semi float in the rear and it was sitting on 33's. I don't have a pic on 33s but this is basically how it stood when I got it. 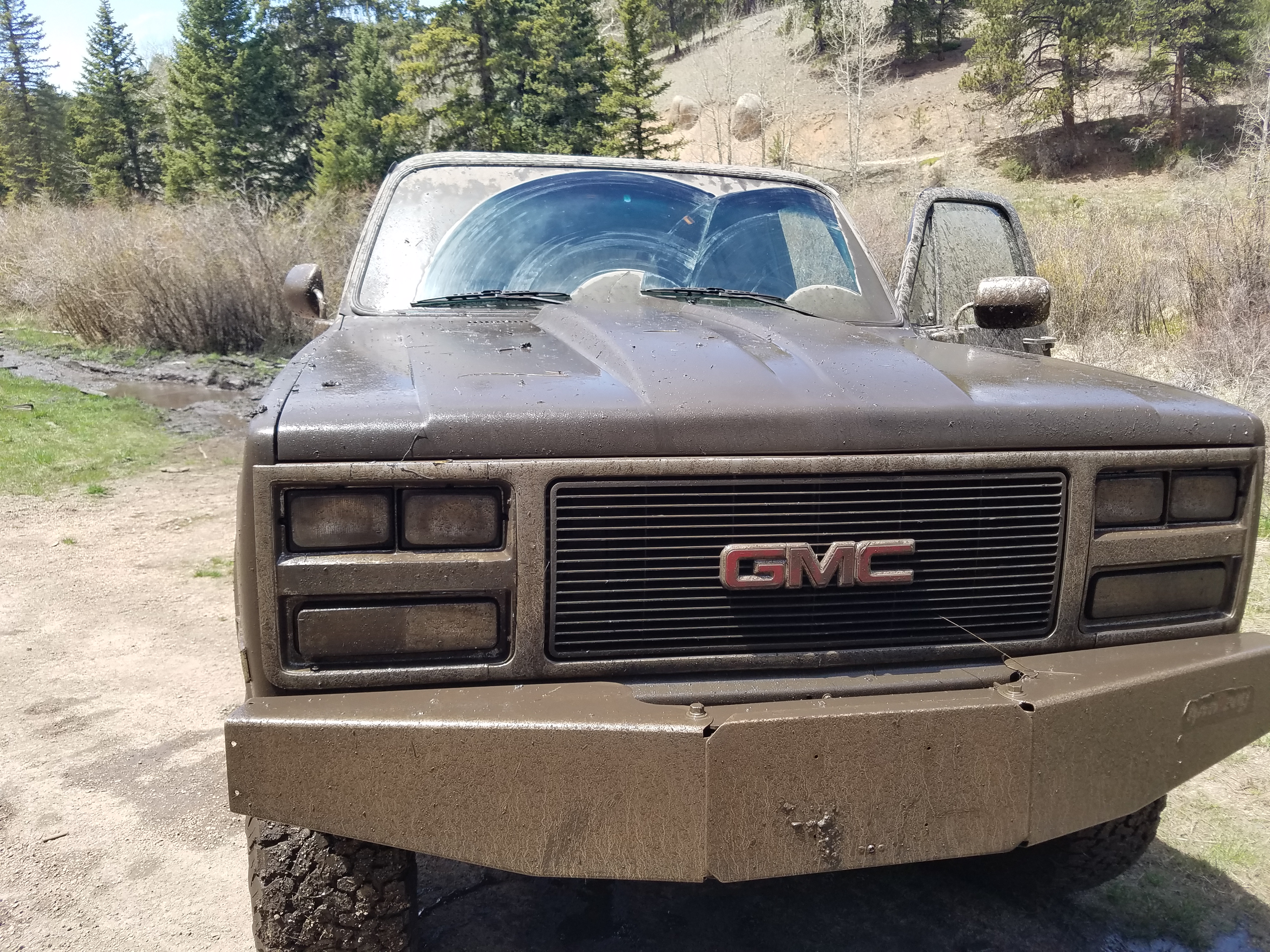 I was never really sure what the ultimate plan was for it, but my wife and I both had a soft spot for squares and like doing some offroading in the mountains.

Over the years I've made some small upgrades I picked up a soft top and basic roll bar for cheap from a guy parting out a K5. Put in a suburban third row seat since removing the top removed the seat belts. Wife bought me an a-bomb bumper, put a lock rite in the rear. 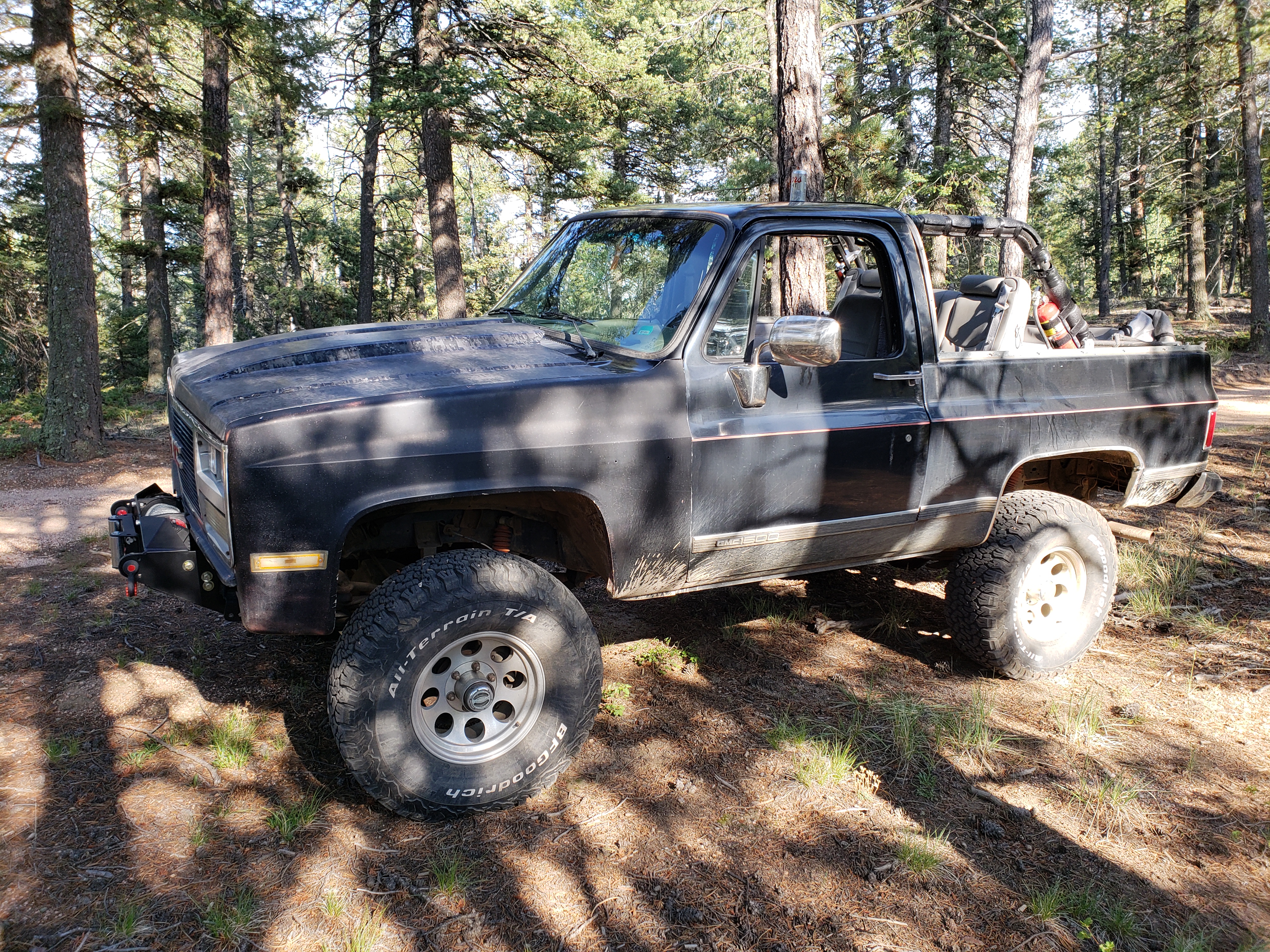 This last year has kinda ramped up my desire to build it better I guess, started with a crammed 5.3/4l60e swap which is done. 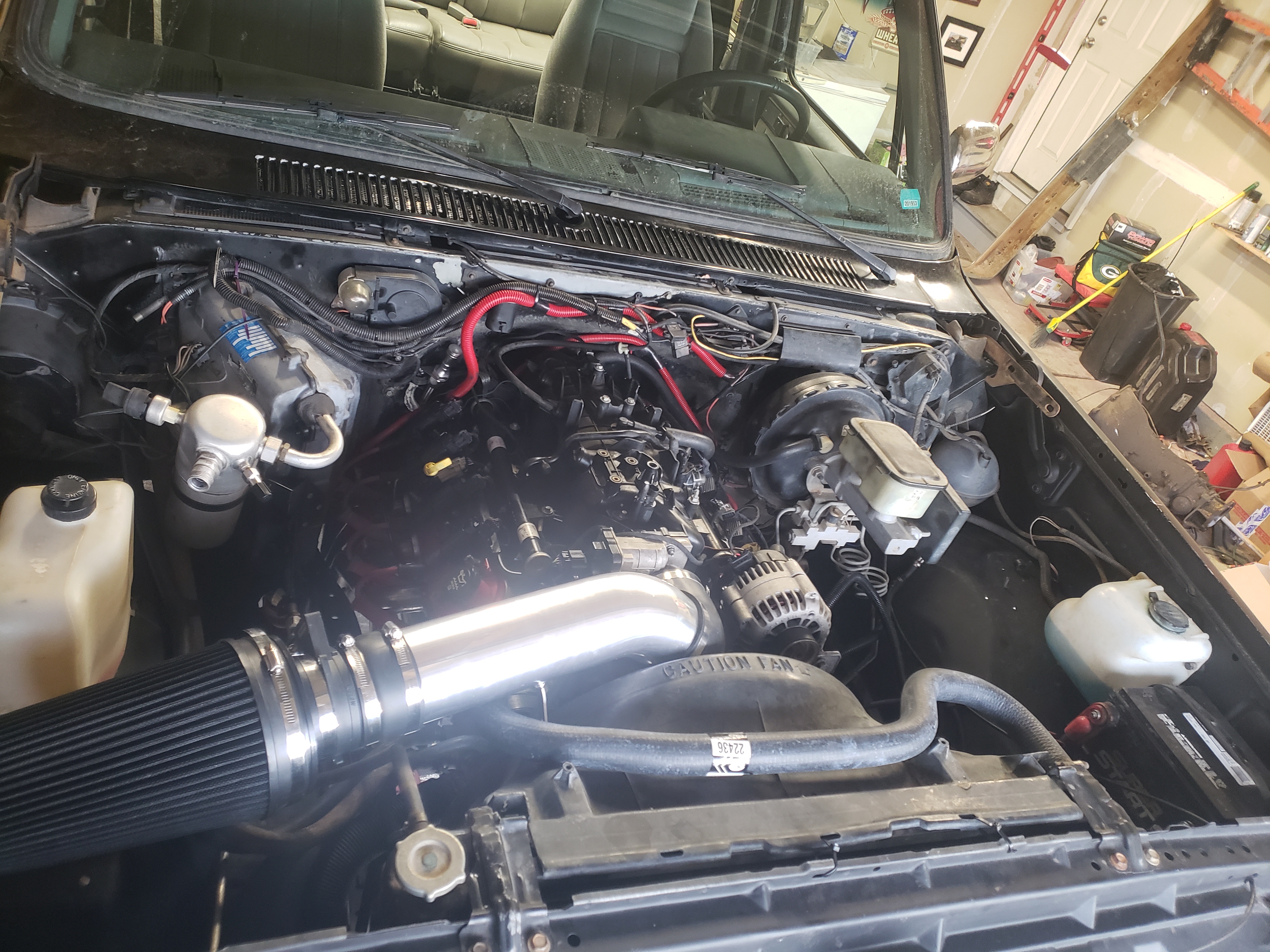 Here's basically how it sits today 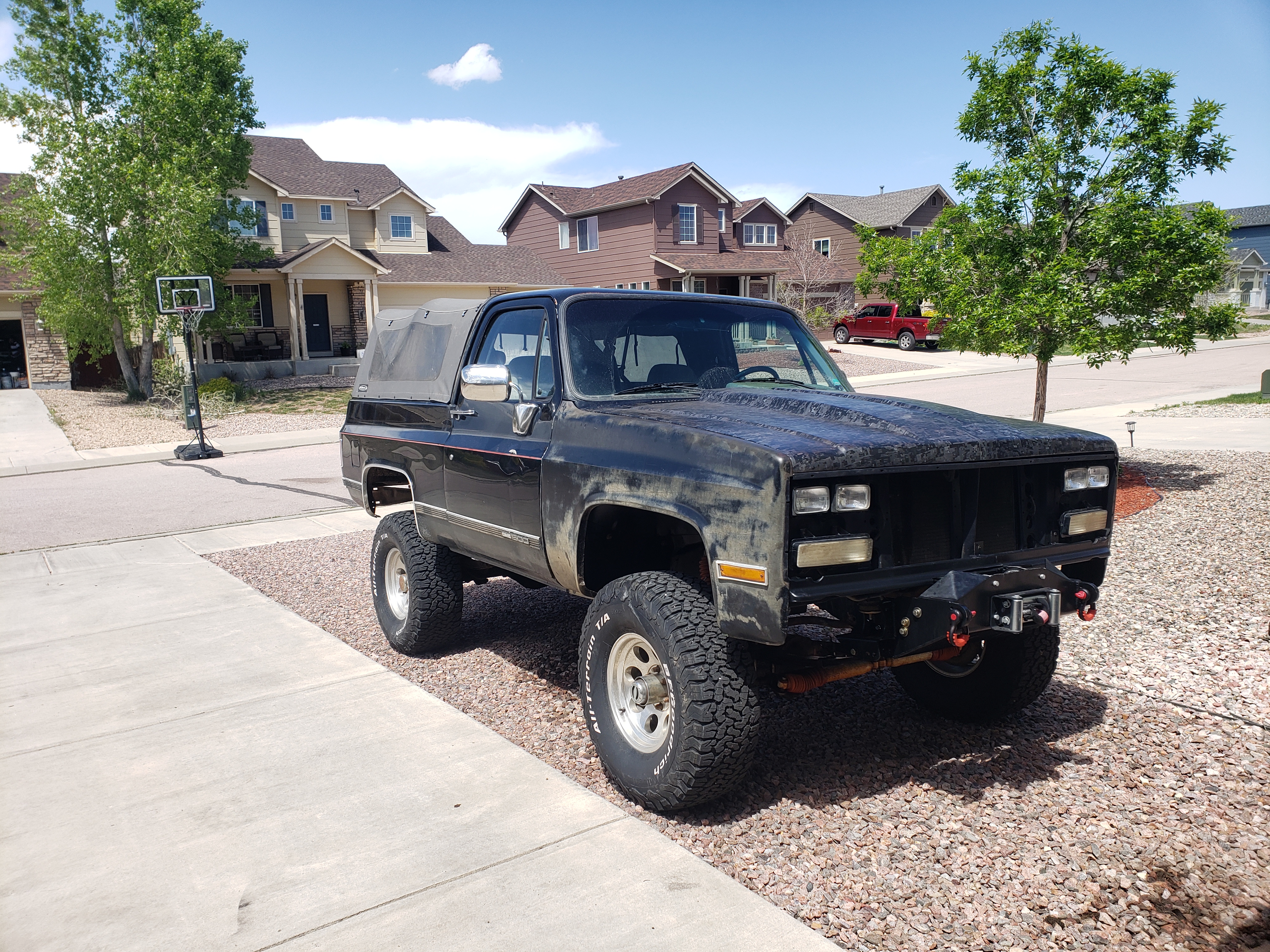 I just picked up a donor suburban off a former member here for its Dana 60 and 14 bolt. Which came with a lot of extras that have me trying to make some decisions on where to go next.