At some point in the distant past this project went over the line from "simple engine swap" to "actual build up," so as long as there's a dedicated subforum for it I might as well stick it up here.

So a little background on this rig:

Bought it back in November '07 when I thought I was going to be practically living out of it a day or two a week. Have always loved this generation of Chevy truck, the body style, the dash board, the size. The 87-91 'Burbs & Blazers got a few of the more modern niceties like simple fuel injection (I hate carbs). I needed something cheap, roomy enough to live in, comfortable to drive 100 miles in the middle of the night, and easy to fix. I still love my lil Samurai but it only meet the first & last of those

Picked the rig up for about $2400, mostly financed, thru a local "we approve everyone!" dealer.

Knew it had a few issues I'd have to deal with (the dealer just replaced the cracked windshield), but I thought they were minor. Not even a week after I brought it home, the tranny went out. Fortunately, it went out only a mile from the start of my 100 mile middle-of-the-night drive, so I was able to limp it back home. Barely. Long story short, the dealer did replace the tranny at no cost to me, but I got stuck with a replacement TH400 when I would have preferred a 700r4 since it was being replaced any way. That took a good couple of months, finally get it home, put it up on stand & pull the wheels for a thorough going over... and discover the ENTIRE brake system is completely shot. A leaky master cylinder that some DPO didn't fix caused the rear brakes to stop working, making the front take the whole load... which quickly wore right through the brake pads, which was also ignored. Once I got the wheels off, the rotors would have given any self-respecting gearhead nightmares. The back drums were torn to pieces too.

So the rig sits in my shop for another 6 months while I replace the brake system one part at a time. End up replacing everything but the hardlines, rear disc swap, drilled & slotted rotors all the way around, braided stainless lines, and everything new or a good-quality rebuild.

Take it on a couple short test drives, then one day on the road I hear a really weird knocking from the engine. It was the sound a broken rod makes when it slaps against the cylinder wall. Near as I can figure, at some point while the truck was out of my hands getting the tranny replaced, some fool drained the engine oil and never replaced it. I remember checking it the day I bought it home the first time. Didn't smoke a puff (any burning oil smoke would have been pretty damn obvious, I also discovered there was no catalytic converter), and I think I would have noticed a gallon of old motor oil leaking on my shop floor while it was laid up for brakes.

That was probably three years ago, and it's been sitting ever since. Was originally going to rebuild the 350 myself, but with time & money constraints that never panned out. Then I started looking into swapping in a 6.2 diesel. I know I could find one cheap, and even with 100k miles it'd still have lots left in it, especially the way I take care of my engines. Found a donor truck with a good 6.2 with an oddball turbo, went thru another fiasco with acquiring and completely rebuilding a flatbed trailer just to chop up & scrap the donor (due to a paperwork snafu, no scrapper would touch it intact), then just started pulling more & more stuff off the front end (mostly out of boredom) thinking, "well as long as I'm doing this, I might as well replace/upgrade/fix that as well."

So now the truck just kind of ends at the firewall, and I have one big ass project to attempt. And finally today, after probably 2 years of sitting (fanfare please), I officially Put Something Back ON The Truck!

That would be a LockRight in the front diff, put the diff back in a thoroghly cleaned & painted axle housing with new seals, and now I'm welding up a Blue Torch Fab diff cover to button it up. The axle housing is still sitting on my parking pad of course, but I'm counting it as "Putting Something Back ON The Truck" anyway.

So the plan is, hopefully later this month I can order new front springs. I'm thinking of going with a 4" lift with milsurp Hummer runflat wheels & tires. The axle is getting Reid/Dedenbear knuckles and ORD crossover steering, PSC steering box, frame brace, Borgeson steering shaft (no more rag joint), and a panhard setup if I can find anyone who's actually currently selling them.

Oh yeah, and I have to put the engine in and do all that replace/fix/upgrade crap too 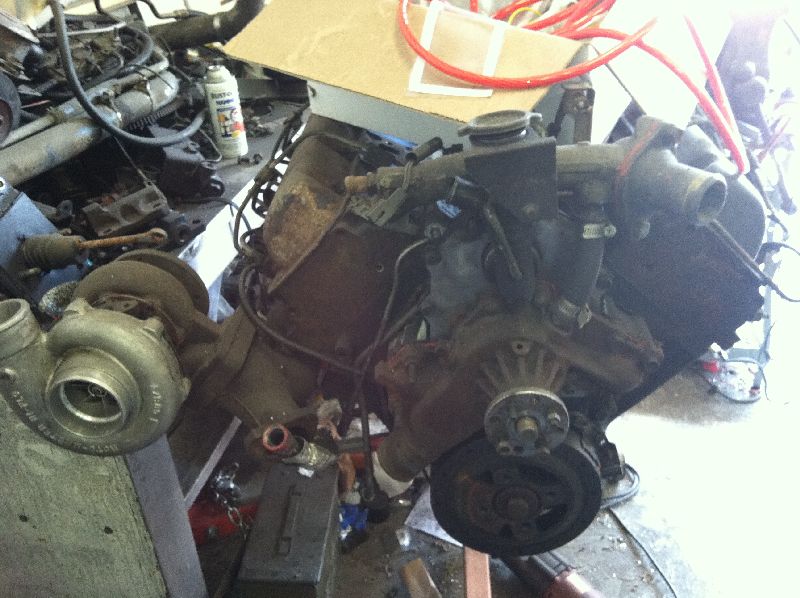 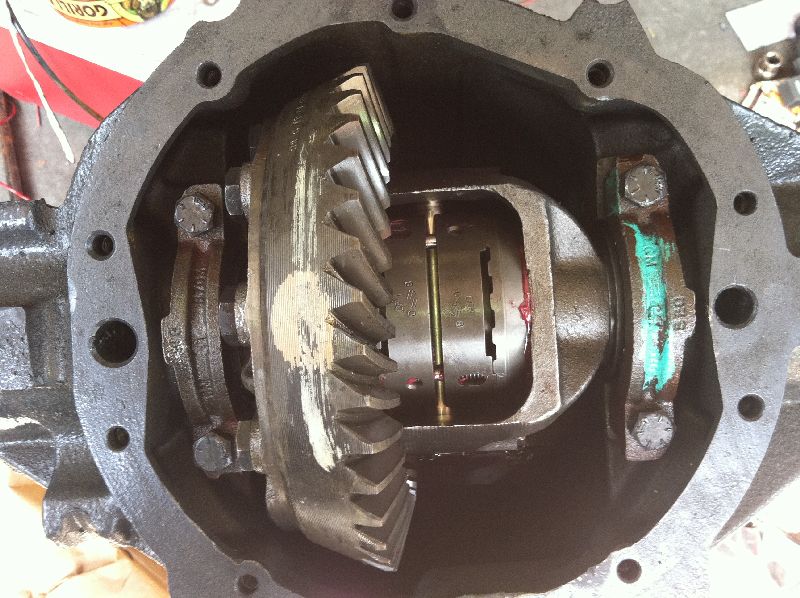 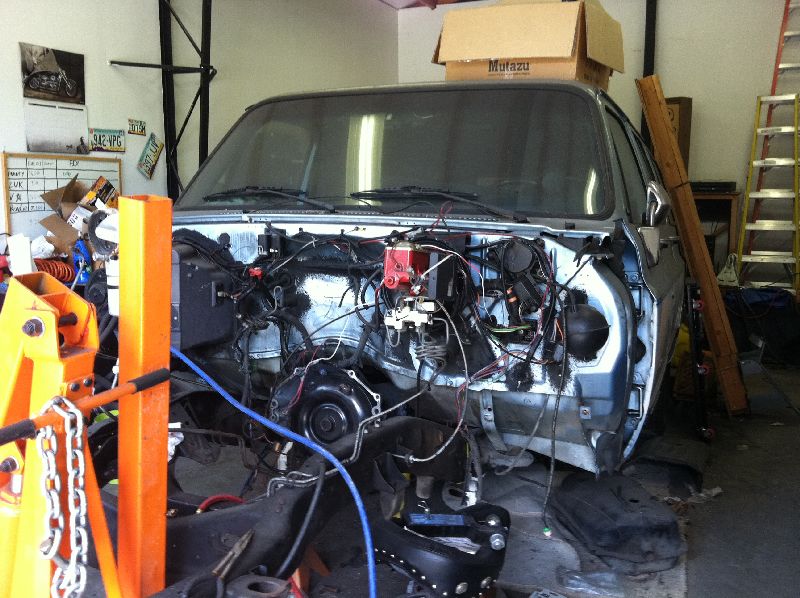 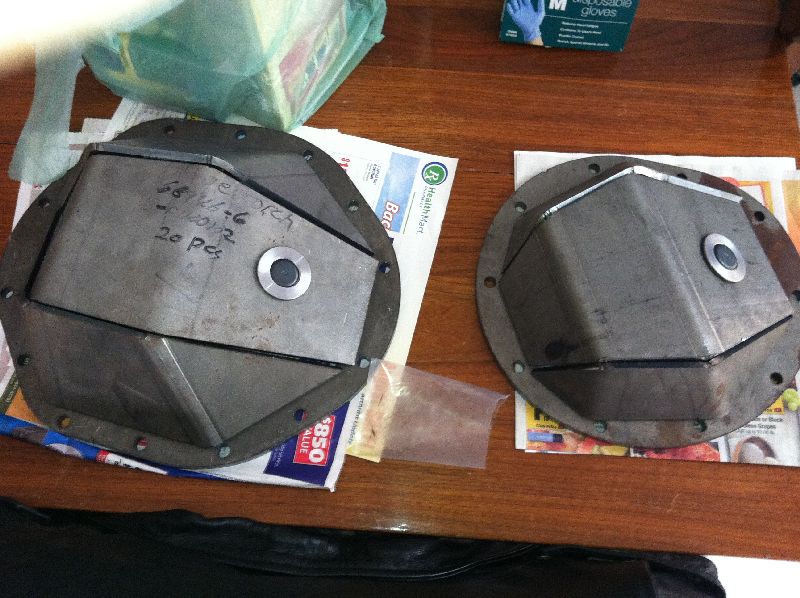 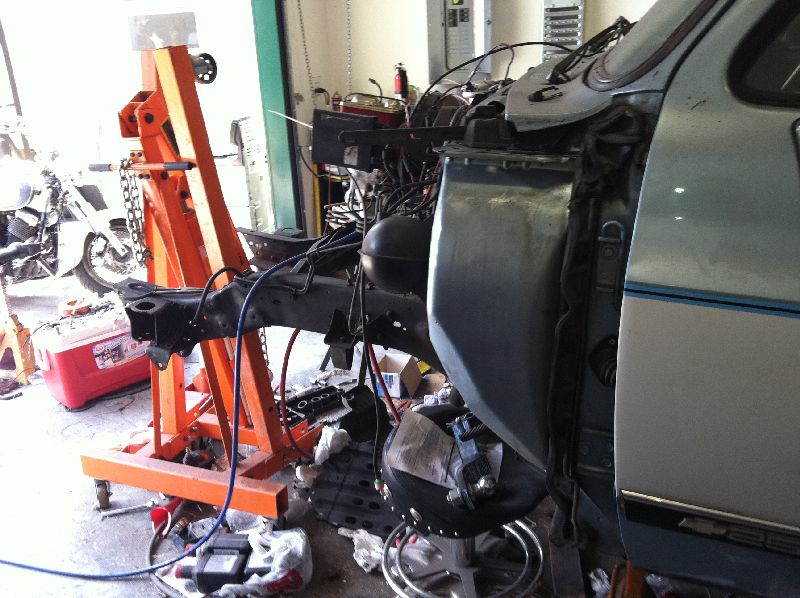