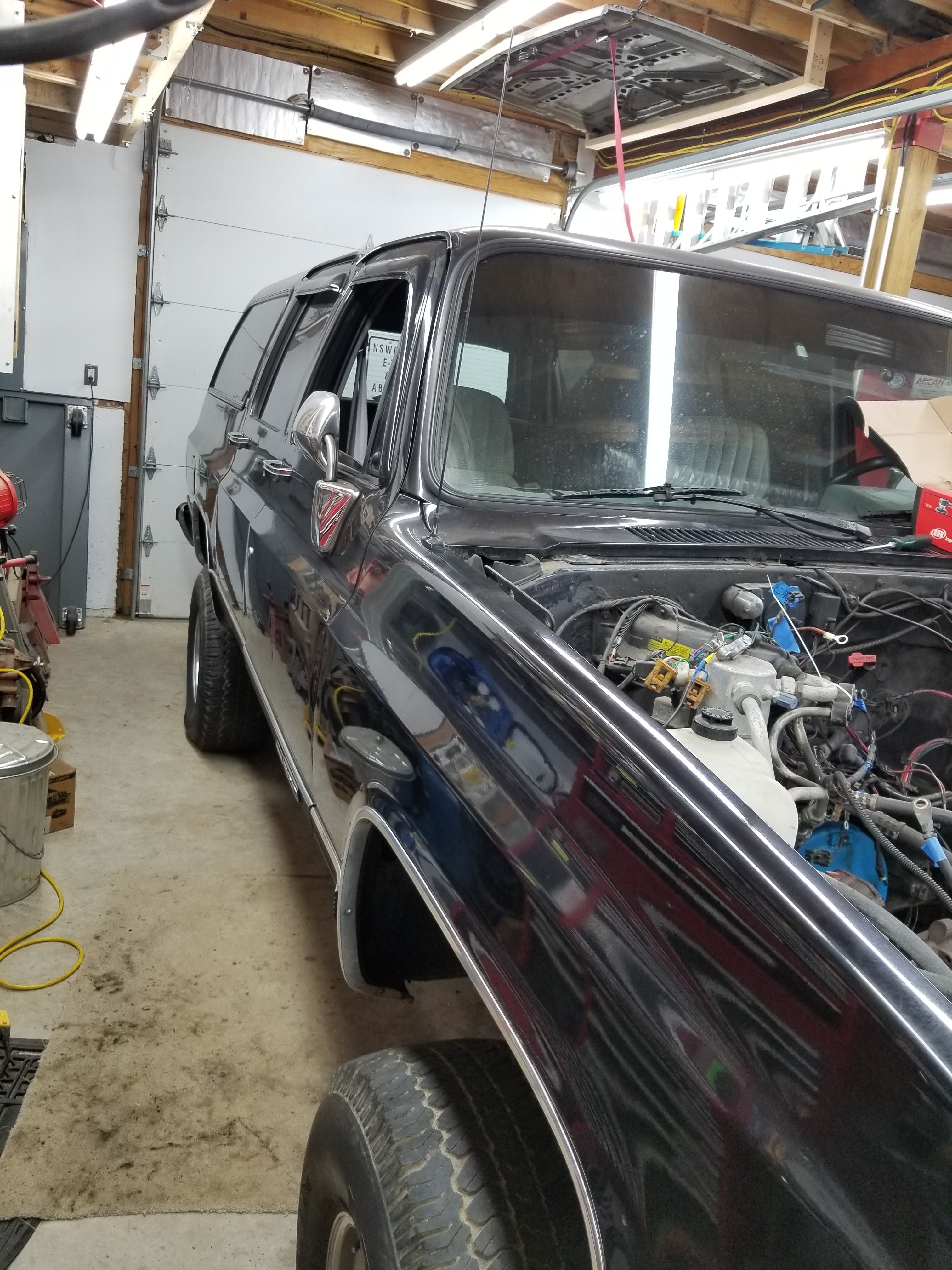 Bought the truck a few years ago, had some work done to it already.
Body appeared decent for the east coast, PO covered up some rust areas I missed but overall a decent truck.
Tailgate was not working and given to me in pieces, replaced everything in it and converted to manual crank.
Engine had roughly 158k on it leaked/ used oil horribly, appears mostly somewhere on back of block. Found original oil change log some went over 10k between changes, now that the old motor is out and the manifold is off I believe it. Have new GM L44 going in at the moment.
Axles I was told had 4.56 and limited slips, I didnt believe him, expected 373. Did have 4.10 and rear gov lock front tru trac. I have a fresh set of 1 tons with 4.88's and F/R Detroits to go in at some point.
700R4 was said to have been rebuilt roughly 30k ago by a reputable shop I've used before.
Suspension has 4" rough country with rear 56" lift springs , front dual shocks. I'll deal with it for now and replace with ORD parts in the future.
Share:
Facebook Twitter Reddit Pinterest Tumblr WhatsApp Email Share Link