I've had this for awhile. I bought it completely stock with a driver side drop shifter fork in it and different gear ratios front/rear. Sourced some 4" fronts and ordered a DIY shackle flip. I didn't like the way that it rubbed on the tank so i trimmed them a little bit 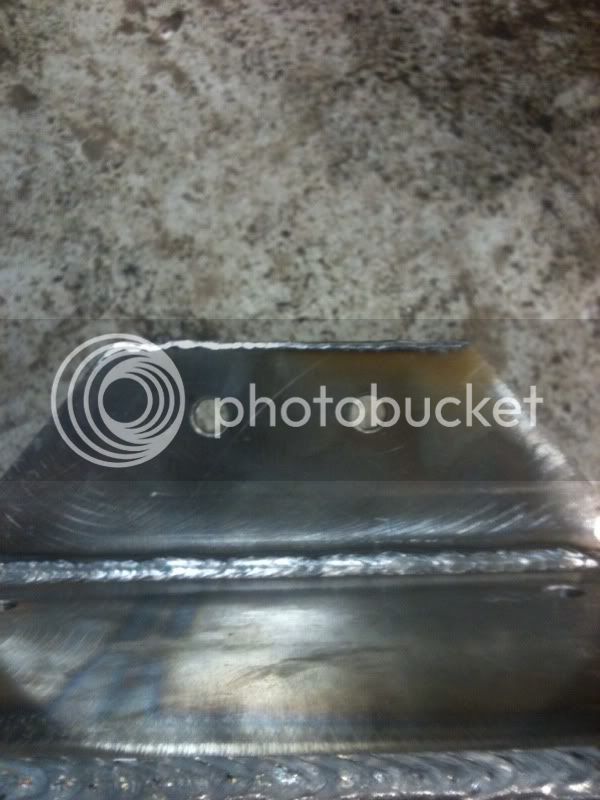 The only pic I have of the lift going in.
I got some 3/4 ton axles and through them and ran it. It hated 373s and 36" tires. I bought a winch. Found a bumper that needed some modifying. Moved up to tons and crossover. I have a balastic fab arm with a 5" drop dodge pitman. I believe the pitman may be shorter then the norm because with the draglink in the outer hole I can't get much for turning radius. Might have to mess with that. I plan on a SYE on the 241 and some sort of a high angle shaft for the rear. The fronts ok, but I had to shim my pinion down due to vibration out back. I should've bought bigger tires, but I'm impressed with the road manners of the 36x13.5 irocs. They are real soft, but surprisingly quiet and stable. Ill also be doing discs in the rear because the drums are shot. 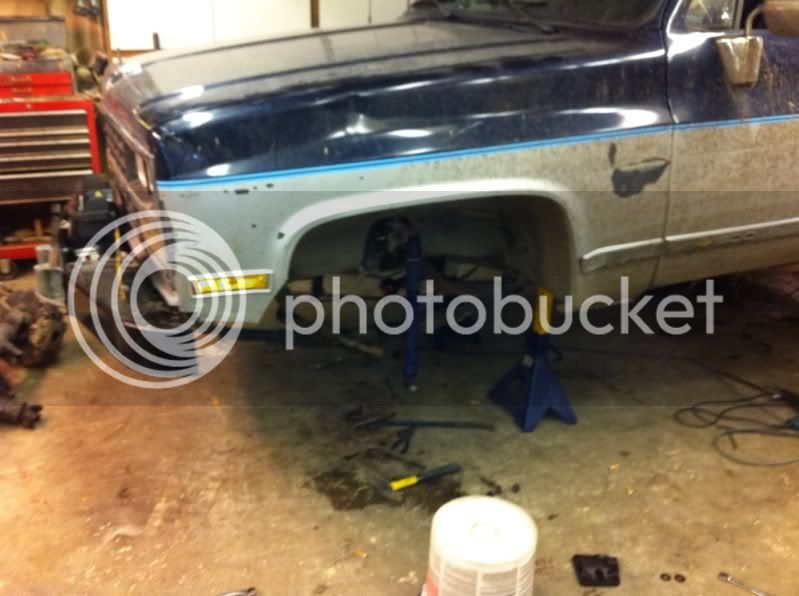 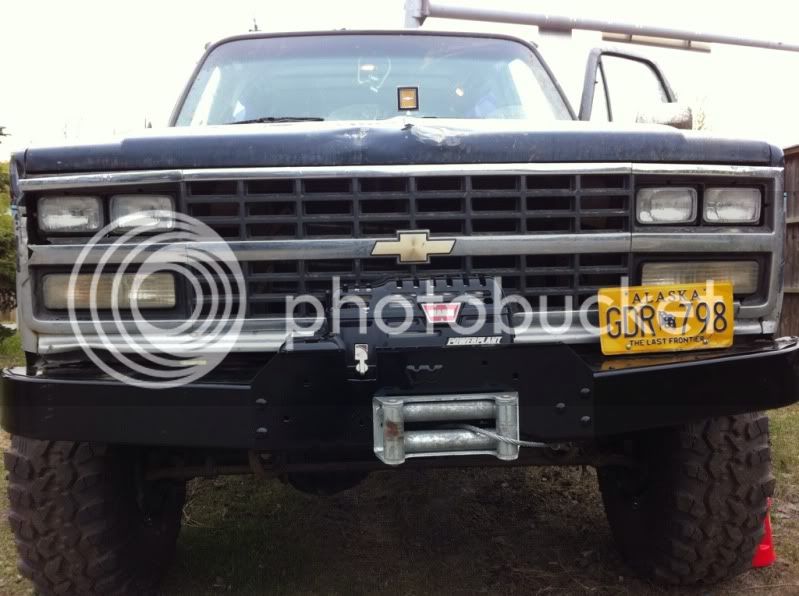 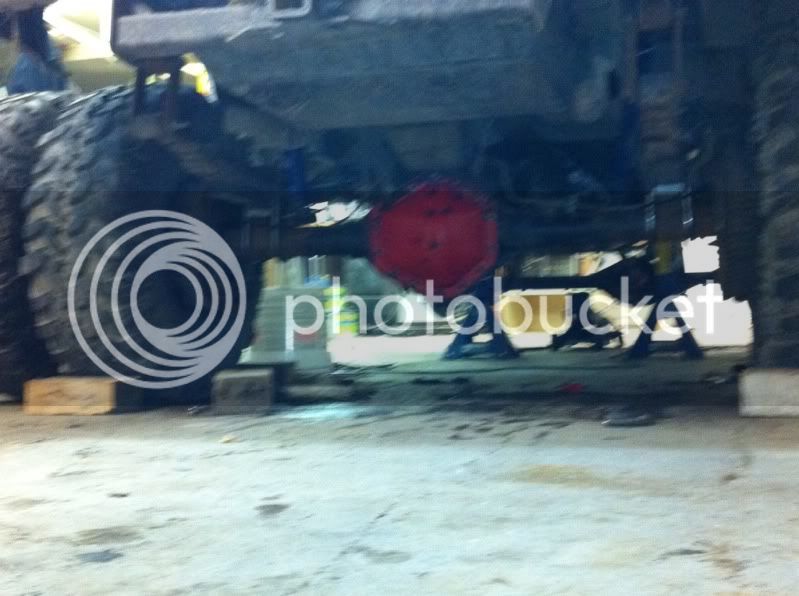 Took it on a short run this weekend. The blazer did awesome except a broken shock bolt, and one time exiting the swamp I was a little heavy on the throttle and the center console made contact with the roof after it ripped it's mounting screws out. No pics of that but we might have had 1 tire on the ground. 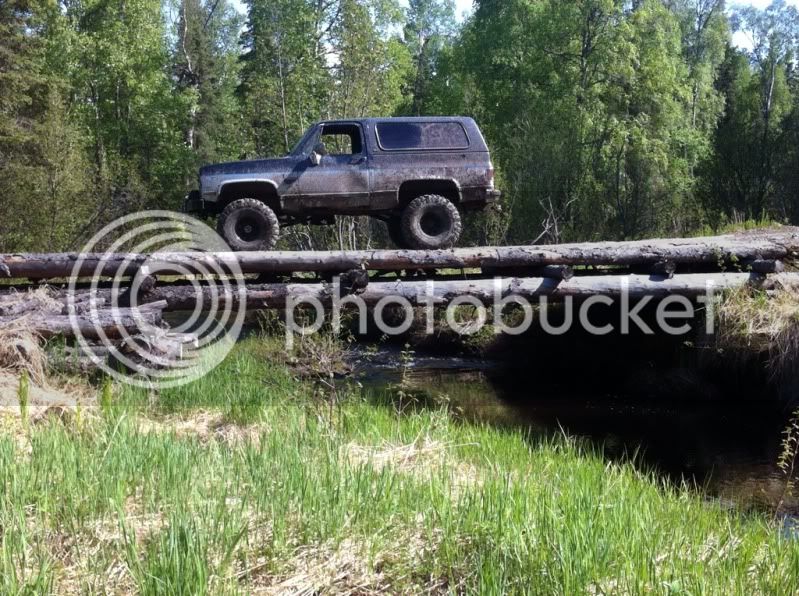 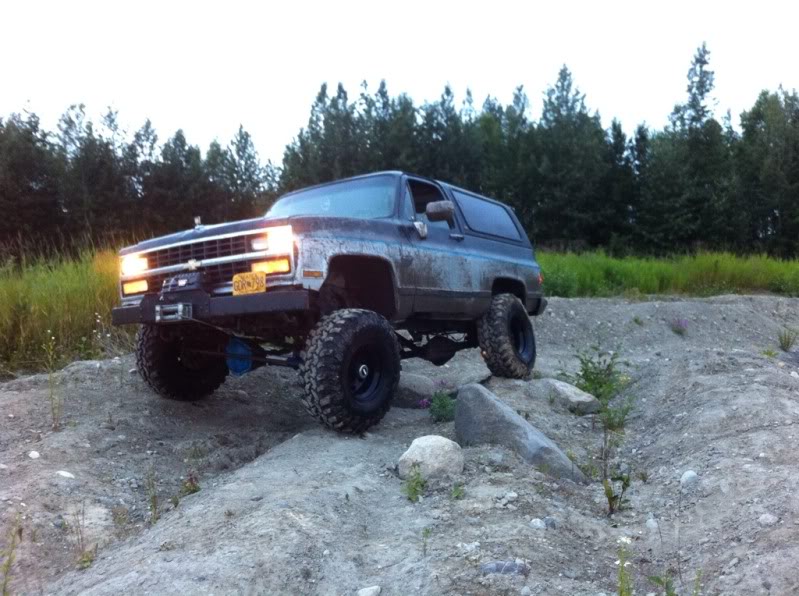