Just noticed the pictures from the first post are not showing up, I'll work on it later.

So I've never done a build thread, and the fact that I am dismembering my K5 to build this truck might not be incredibly popular on here, but I figure some people would appreciate the build, and I would appreciate any information or opinions others would have along the way. This isnt going to be a big street truck. This is going to replace the K5 as a beater. With good AC and heat. And a radio I can hear.

Here is the plan so far and the parts I have/are on order.

Progress wont be incredibly fast, but I hope to have it done in a month or two. I dont have much of a game plan as far as what springs are going to give me the lift I want, or how much lift I'm going to need to run my tires.

Does anyone have a SAS truck on 38" tires? I'm curious as to how much lift it takes to clear this much tire. It doesnt look like I've got much room to cut in the front, but I'm just basing this on eyeballing the fender openings.

I found a cab at the salvage yard, and I think I got a pretty good deal. The driver door has some damage, as well as the passenger door, but I got the entire cab with all the doors and glass for 600 bucks. And its the same color. They wanted the same price for the matching bed, but thats a little steep for me.

Anyhow, here's a few pictures of progress so far, and the trucks I'm working with.

This is the K5. I've had it for 7 years. Its a bittersweet feeling tearing it apart, but I have plans for it in the future. I'm just tired of it breaking all of the time. I just had the 400 rebuilt a few hundred miles ago. Three days later the crank snapped. I bought the GMC for the 6.0. Then decided to rebuild it.

We got the bed and bumper off of it before the snow got too bad.

We started tearing the K5 apart a few days later.

Pushing her up to the shop.

Axles out. Its starting to feel like this is really taking place.

After we pulled the trans and t case out we picked her up to back my gooseneck under the lift and pull her out. Combine a full tank of gas with a rear cargo area full of parts and tools and this happens. I shook it on the lift before it went back up, and it sat up there just fine for about an hour while we moved the axles out and got the truck turned around and lined up with the lift. It hit the trailer, which is probably what kept it from sliding off and hitting the ground. No one was hurt, and the truck took minimal damage.

I should be picking the cab up Friday or Monday when they get it pulled off. The sky kit should be here in a week or so.

Any suggestions or comments, negative or positive, are welcome. Thanks for looking. 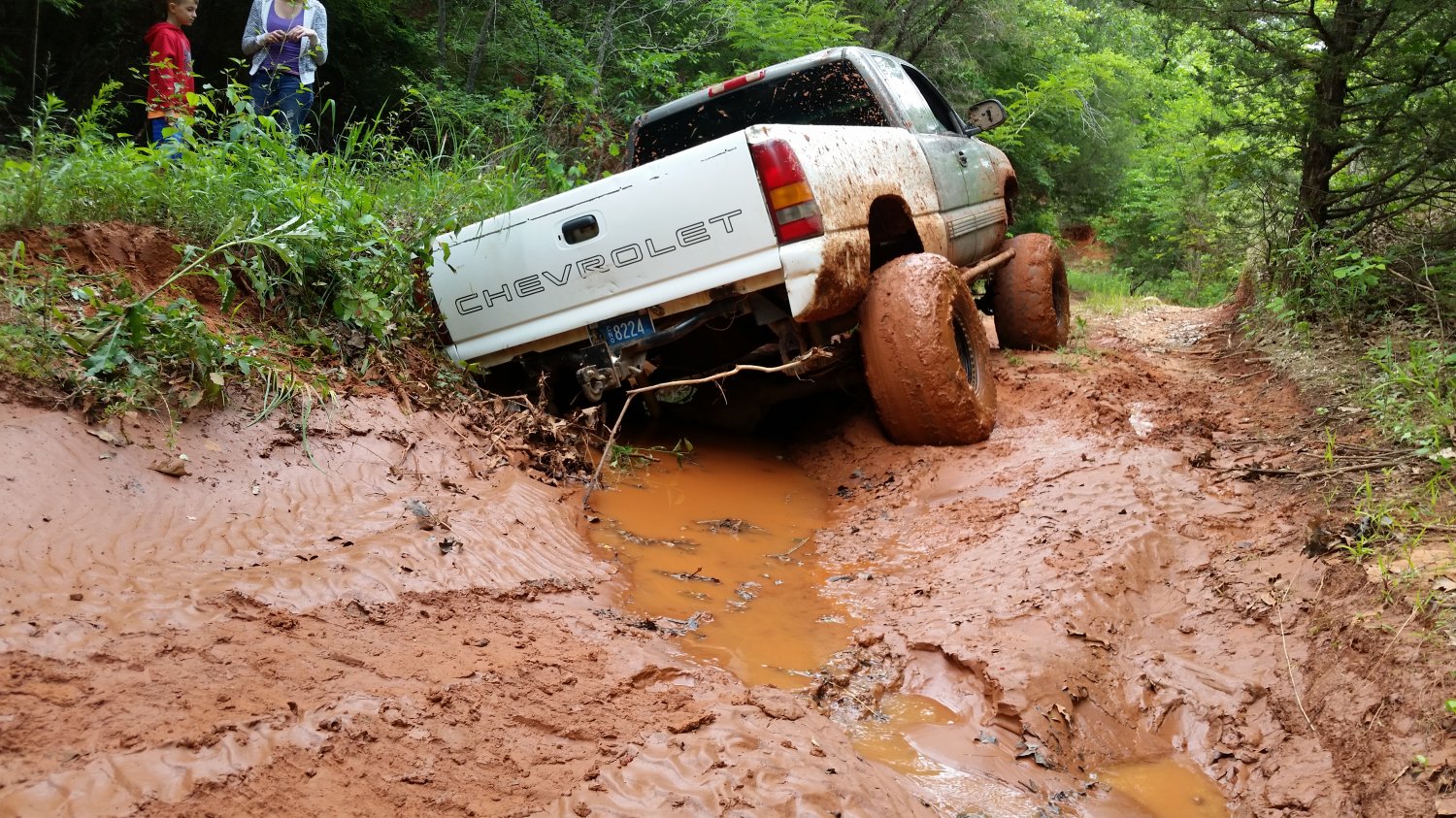 So I bought this truck out of a surplus auction thinking it was a CUCV. When I got there to pick it up it was a little different than expected. Its, I'm assuming, a 1984 ex air force truck. Ordered with a 6.2/sm456/205. At some point it got an 80's 454 and some volunteer fire department hackery. Plans are to get it a solid color, put a cam, carb, intake, and headers on it, maybe lock the rear and have a fun around town beater to tinker with. Maybe load 5 buddies up and go horse...