i traded a 1/2 ton 2000 Silverado and some cash for this 72 jimmy in November of 2015. i have had the joy of driving it less than 500 miles. the rest of the time has been spent working on it. My original plans after acquiring it were to put a lift on it and some bigger tires. Little did i know how bad of shape it was in, some one had done a backyard restoration on it not to long before i got it. patch panes were welded in with some of the crappiest flux core around then had body filler smothered all over it. While what didnt make sense to me was the whoever painted it seemed to actually do a decent job. Rocker boxes on it were non existent. first thing i tackled was the u joint noise i noticed on the drive home, ended up replacing all the joints in the driveshafts and front axle as well as the u joint. replaced brake pads rotors and lock outs at this time. Next was the manifold gaskets, i figured while i was at it i might as well try to do some upgrades. i did some research found out i had a decent set of heads that were high performance in 1964 off a 327, not so high performance by today's standards, they appeared to have some port work on them also. i thought i might be able to benefit from a camshaft upgrade. Researched till i was blue in the face and finally came to a decision and ordered a air cap intake, roller rockers cam, lifters etc. got the cam installed and degreed then decided to put on the one piece oil pan gasket upon removing the oil pan i noticed what looked to be a crack in a piston skirt. i decided it was then time to pull the engine pulled it out put on the stand to come to find five cracked piston skirts. I would assume this was an issue withe the casting as they all cracked in the same spot along a casting line. Anyway i decided this would be a great time to upgrade, found what i thought was reputable engine builder and put down a deposit to get started on a 383. Time goes by and i hear nothing from him, wont answer or return calls seems to have vanished. This is where plans change i start looking for a 5.3 or 6.0, find a 5.3 for a decent deal so i scoop it up. i then come to the reality that putting an engine with more power in this jimmy is not a good idea in its current state. yea it may look decent on the outside but i really should even be driving this thing with the top off in its current state. so i decided to switch directions and start getting a body that is structurally sound.

I would like to say thank you for all the help i have already received from this forum. the builds are very helpful 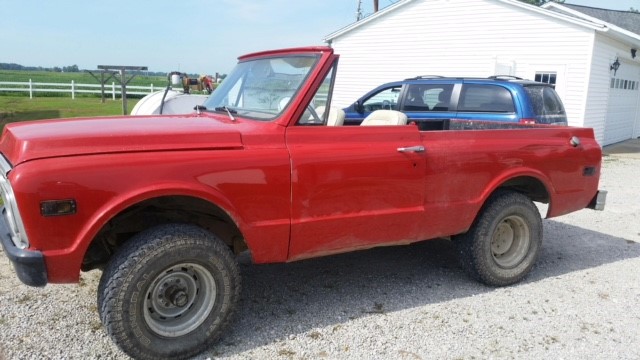 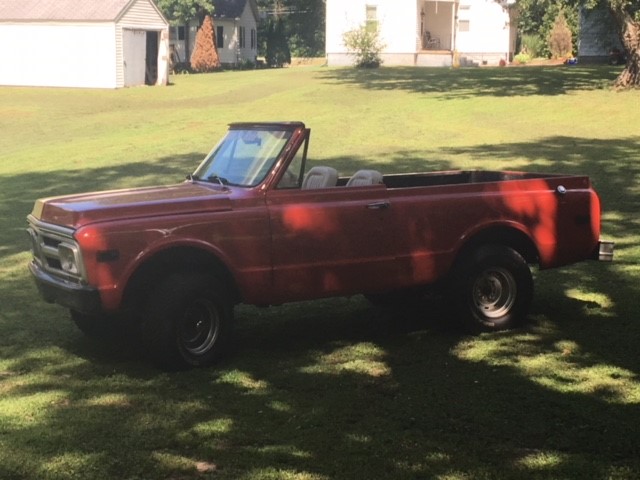