While I should have been putting in the extra time on paying customer work to pay down debt or get ahead..... I tell myself I want an RV. I've been camping out of my Express van for about 4 years. It works, but I wanted a little more. SO while cruising craigslist one afternoon, I run across this 1973 Chevy Cheyenne Super 30 with a Chassis mount Mitchell and sons Camper attached. I should have never went and looked at it. I should have told myself, "that's nice" and kept cruising.. But I went and had a look and that was it. I HAD to have it. It ran and drove.... poorly for only having 57,000 on the clock. I figured the long periods of sitting had the carb and tune up in need of attention. I got it back to the shop, tuned it up, threw a known good replacement qjet on it and NOTHING changed.... uh oh.. Long story short, motor was no good.

Anyway here's some more pics for you pic whores. interior was pretty nice for a 73.... 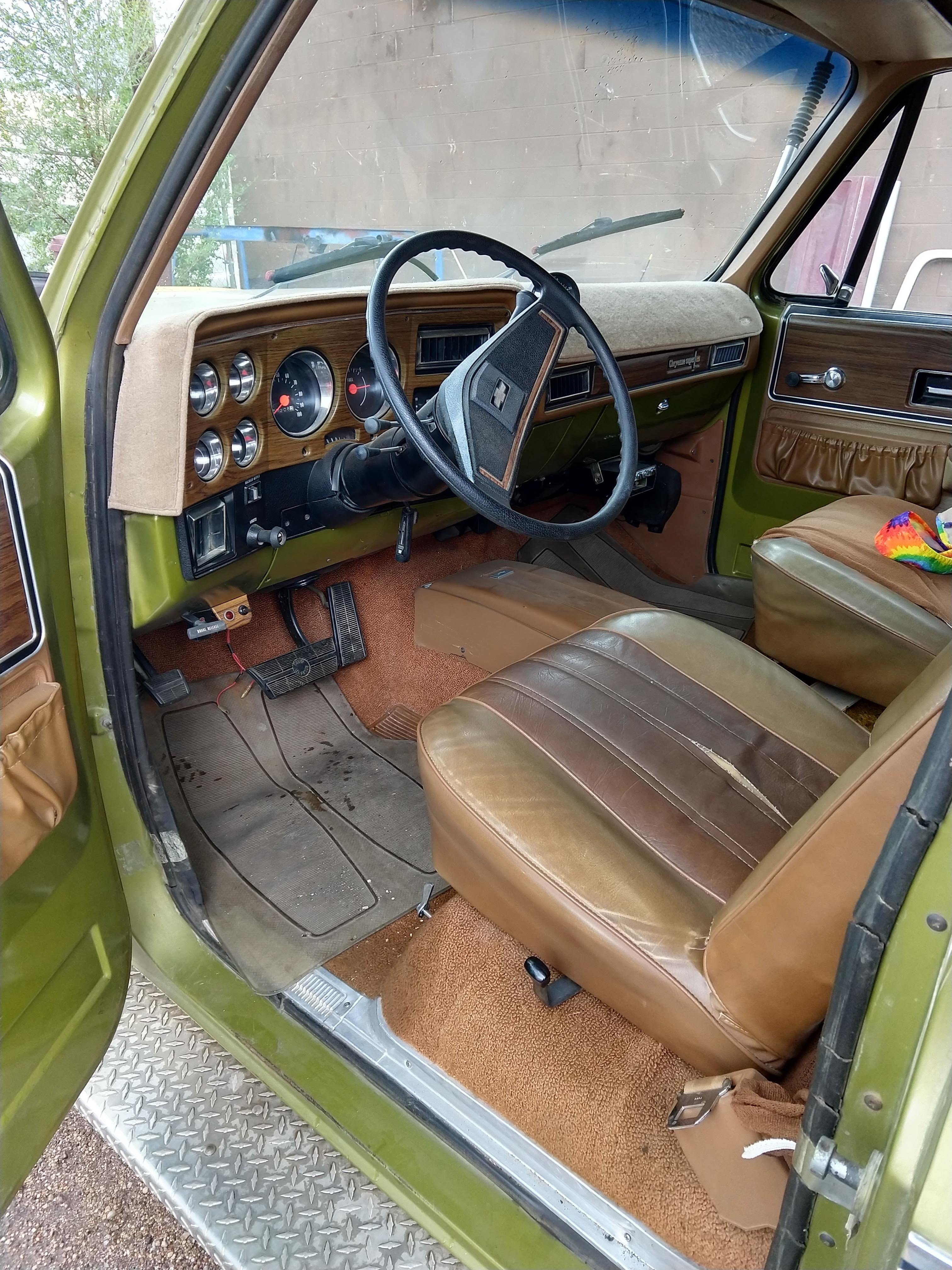 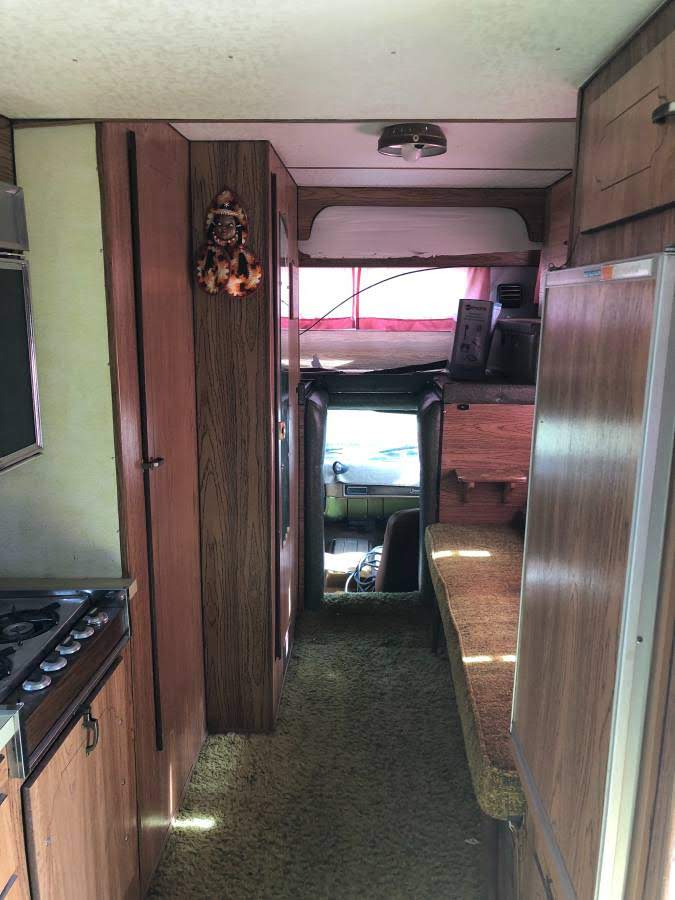 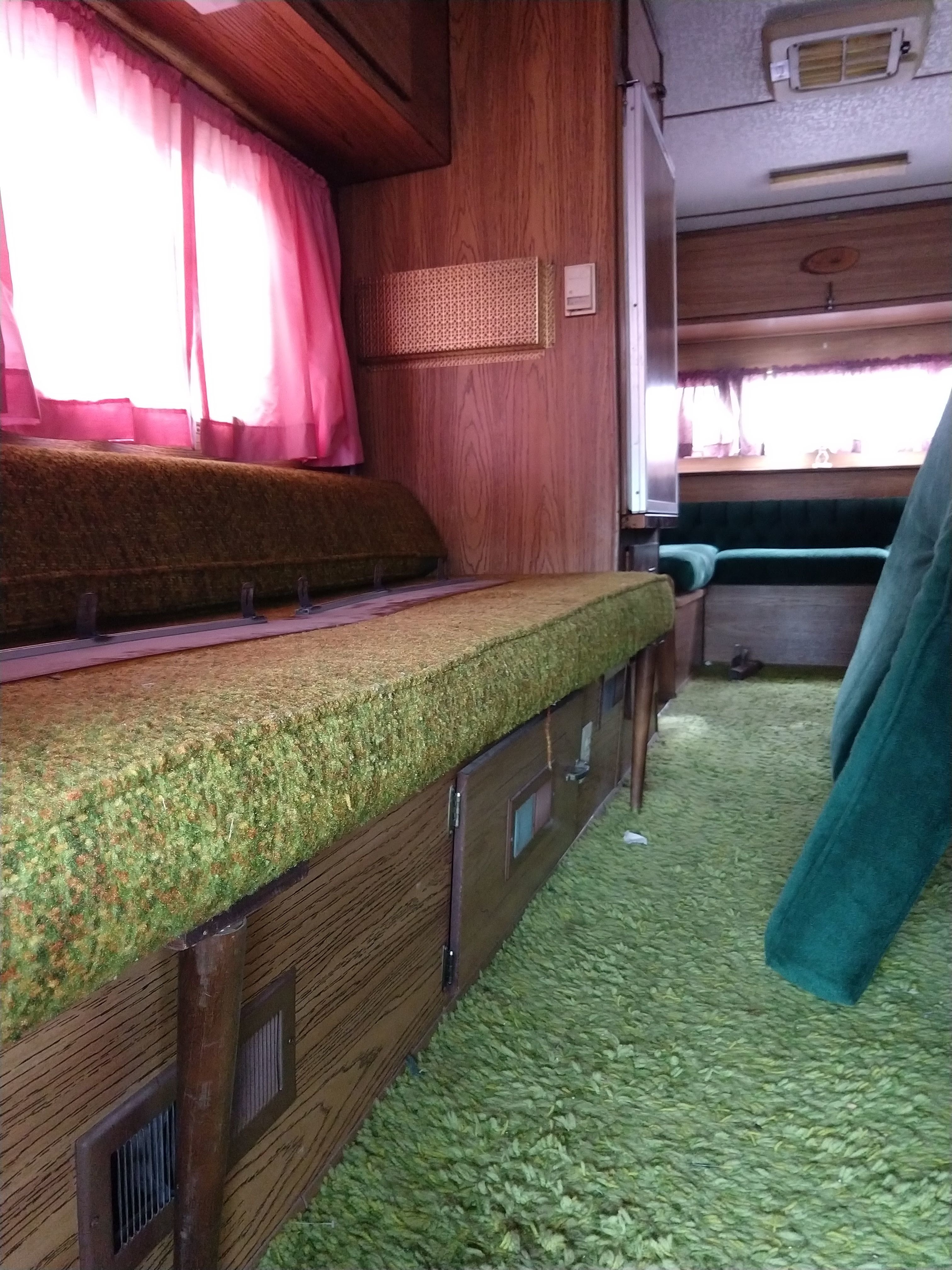 It has not one, but TWO 8 track players! Flippen Sweet!

Upon diggin a little deeper in to the old girl, I found there was some water damage in the over-cab portion, so I called on a friend of mine for a little help. 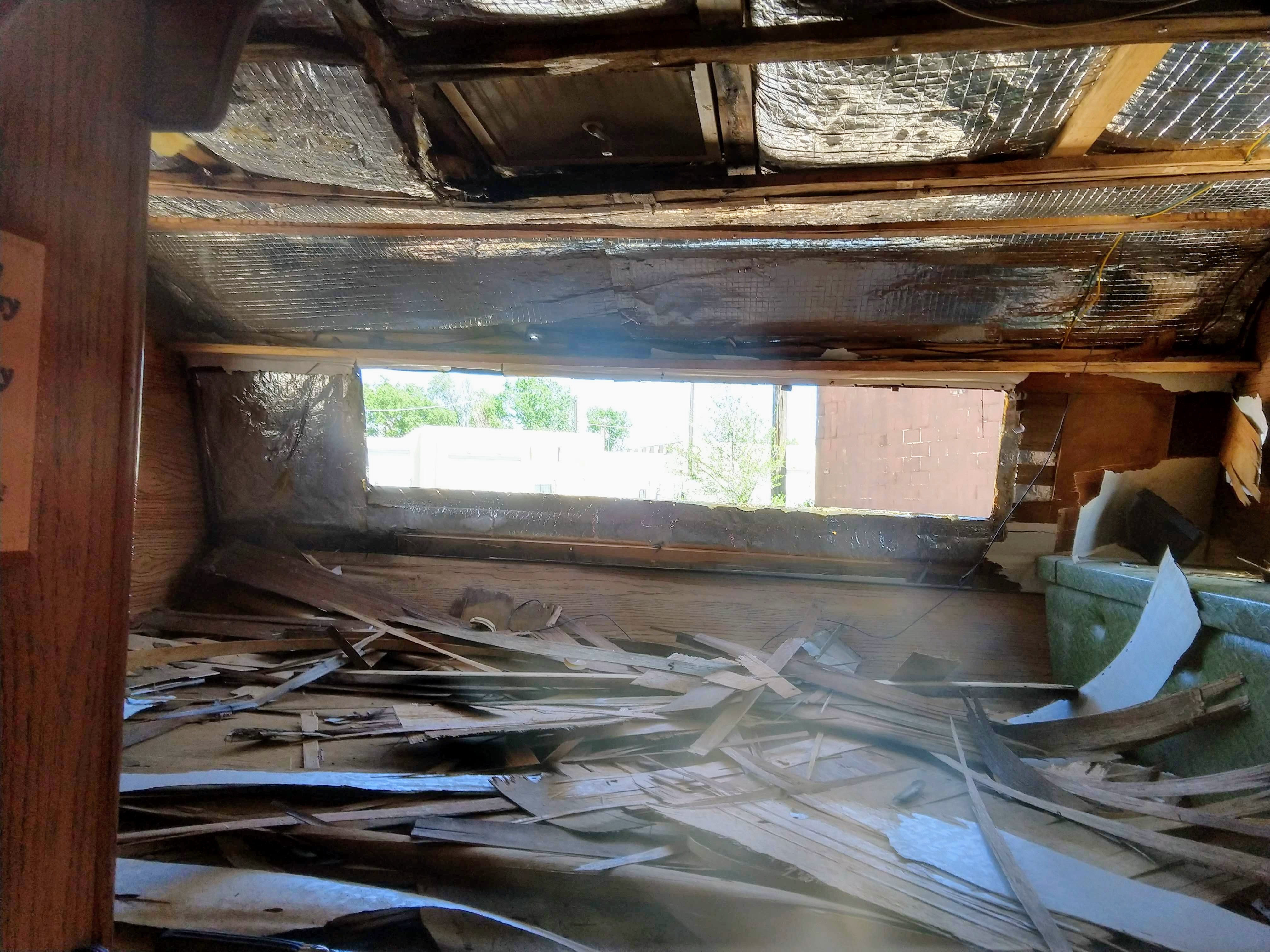 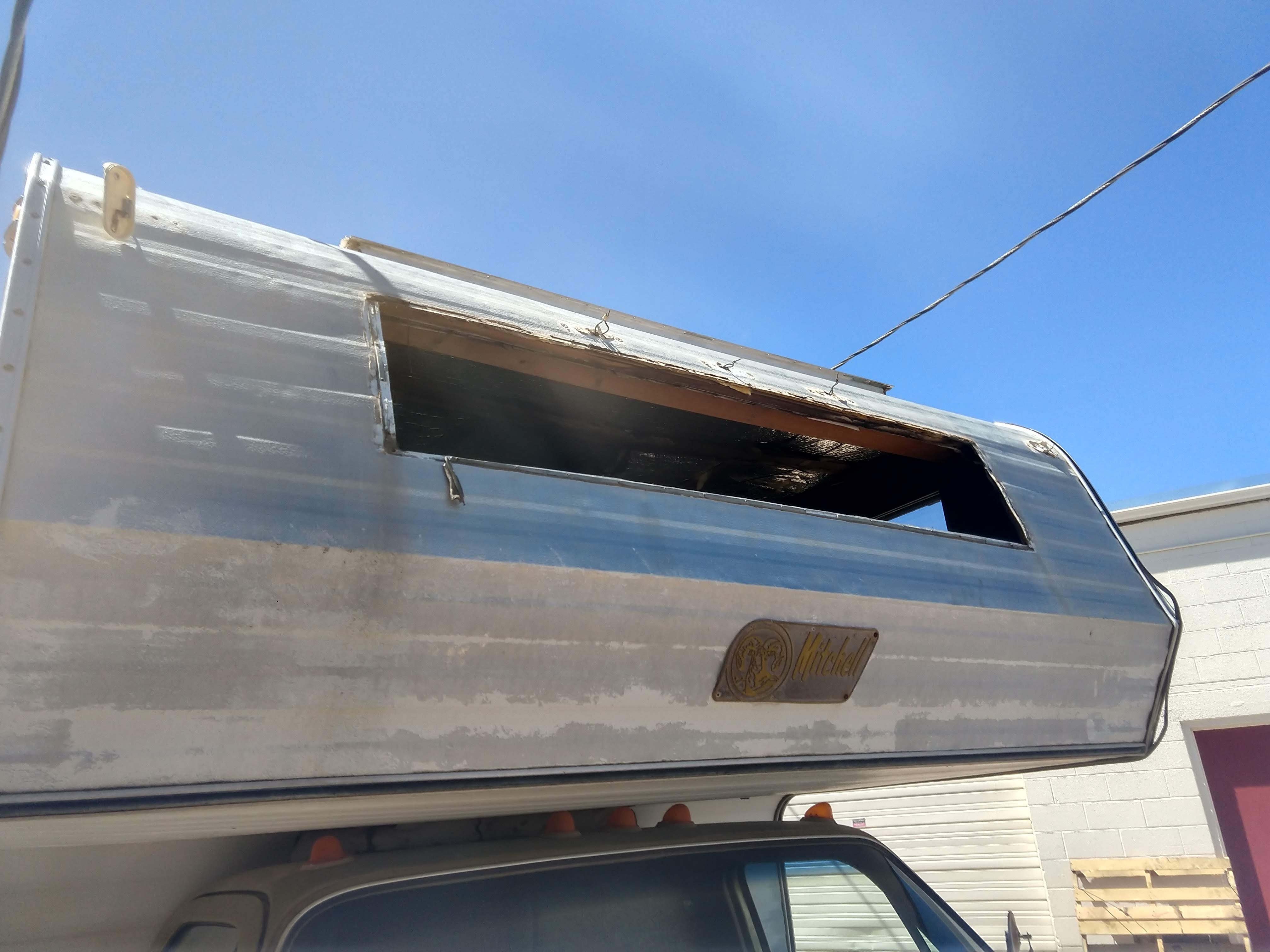 got all the new frame work in, still in the process of finish/trim.

In the meantime, I was debating on what I should do about the motor... pull this one and fix it, find a donor or do the ultimate cummins swap.. The timing worked out perfect where a complete donor motor and trans came along. I was able to pull a complete 5.9 6bt and a 618 trans out of a 1992 2wd D250 dodge with 130K! 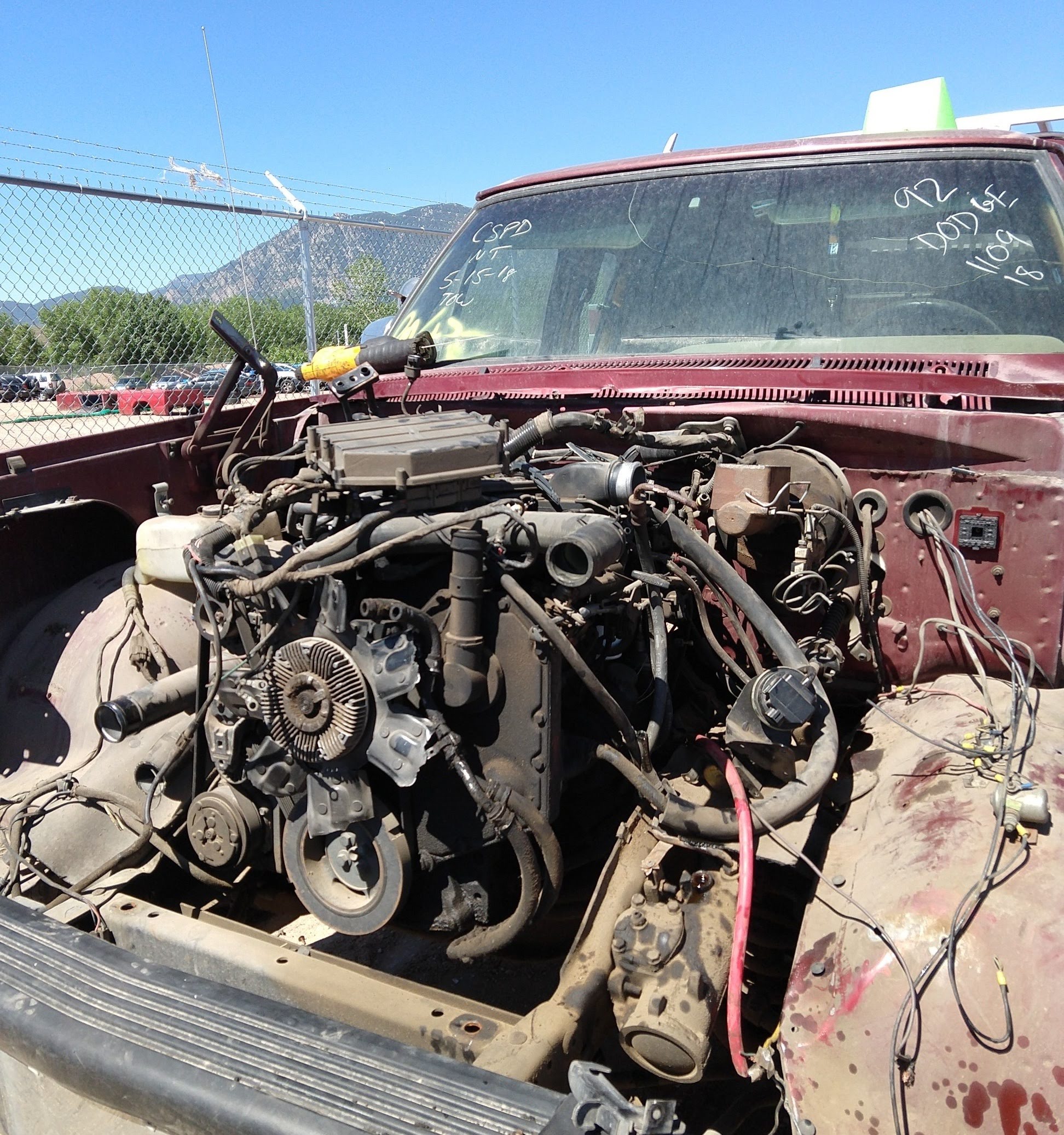 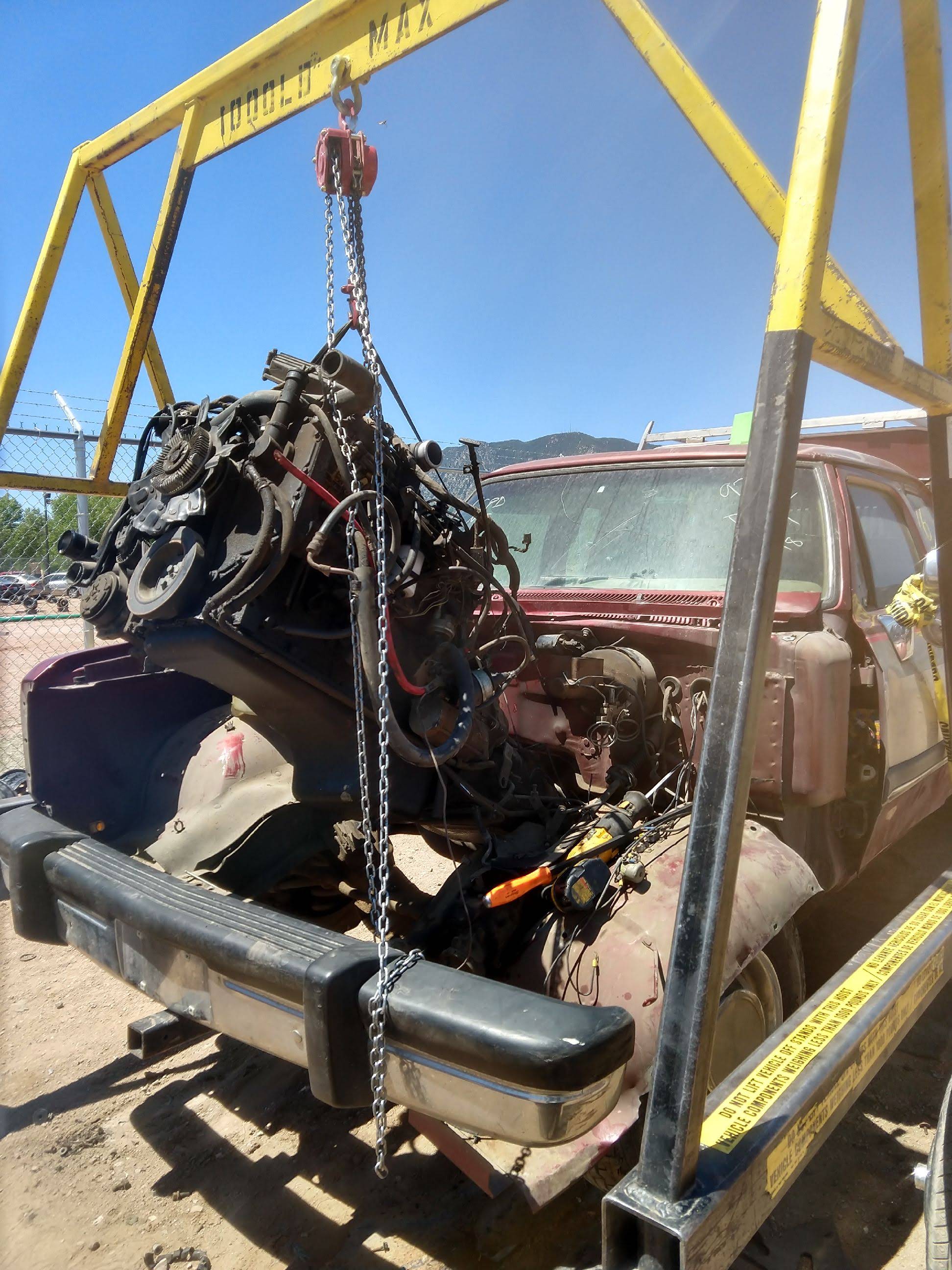 Finally, this weekend I was able to get the RV front clip off with some help and get the 454/th400 out and the new power plant set in! Out with the old, in with the new.. It was absolutely crazy how easy it was to get the Cummins mounted in there. The 1st gen mounts are the exact angle of the GM frame mounts. I swapped the dodge mounts from side to side to move them back about 1.5" and set it down!

I used some industrial rubber pieces I had around as insulators. It's pretty rugged stuff, we'll see how it holds up. when switching the Engine mounts from side to side, I had to clearance the one for the passenger side(from the drivers side). It was interfering with the turbo oil drain. Oil pan clearance is perfect too. Sits right in line with the crossmember. drain plug is the only thing that sticks below. Pickup
Project save the K30's and a Few K20's. A multiple Plow truck build.

Ok so the plan. As some of you know, me and a friend have made a couple of trips from here(Colorado springs) to the easy coast with some rust free parts. We've decided to keep going with it as long as there's a demand and money to be made. We've made these runs with whatever we had that ran. A 99 7.3 stroker van, 95 k3500 6.5TD. And a trip this coming oct 2nd with a friends dmax. We came across this truck when removing one of the 12 truck bed we'll be hauling back this trip. As stated above...

I've been asking lots of questions and getting EXCELLENT ANSWERES on here. So, first of all THANK YOU ALL!!!! so here's my 91 when I bought it in october of 09. all stock with the exception of the obvious, a 6" lift and 35's I got it without a trans and put my TCI 700R4 in it and thought everything was going to be peachy... WRONG! After getting the tans in I fired it up and motor was knocking. well that sucked. So it sat until I went back to mass to get my other car and a free motor...