75 jimmy. finally getting to build my dream truck.

So I got this truck a little over a year ago in horrible shape, rusted beyond what most said was worth fixing. Well I did my best at tackling it, its not perfect but for what I wanted it didn't need to be! I love k5s always have and really wanted a full convertible. Well my chance came in early June 2014 when this one poked up for like 1500 bucks, talked him down to 1000 and drove it home. Mind you this truck was bone stock. The firewall, windsheild frame, and trans tunnel were the only sheet metal to not be replaced. Truck ran AMD drove great though for looking like tetanus waiting to happen. It boiled down to wanting something to throw 35s under, always talked about it but never did it. so after selling another truck, I ordered the 35s because it didn't matter what I got, it was getting them. Then decided on a k5, so then wheels were ordered and then I found this truck. Shortly after getting it home I ordered the lift. Waisted no time in putting it on. And then came body panels.... That sucked.... Buddy had a short bed I cut down and threw on, and less rusty doors, and eventually a front clip, rockers and floor pans fit in there somewhere too. Ordered a bumper from kert at diy4x and a cage kit as well. Awesome guy to deal with by the way! Decided to ditch the stock heater and ac stuff since it was in bad shape anyhow.. And yes even the dash, had some metal laying around and made my own! Figured out how to make a light in the console work off a door switch, built my own heater box(still in progress) and controlling dampers for it off push pull cables. Even hooked the fresh air damper in the pass kick panel to a push pull cable! I've done a ton to this truck I'm pretty proud of. Its by no means perfect but it gets the job done. And there nothing else like driving a lifted convertible truck!! Pics will be following soon but that should get everybody caught up. since I'm on a cell phone and mobile stuff doesn't do what computers do, I'll do my best! Enjoy! 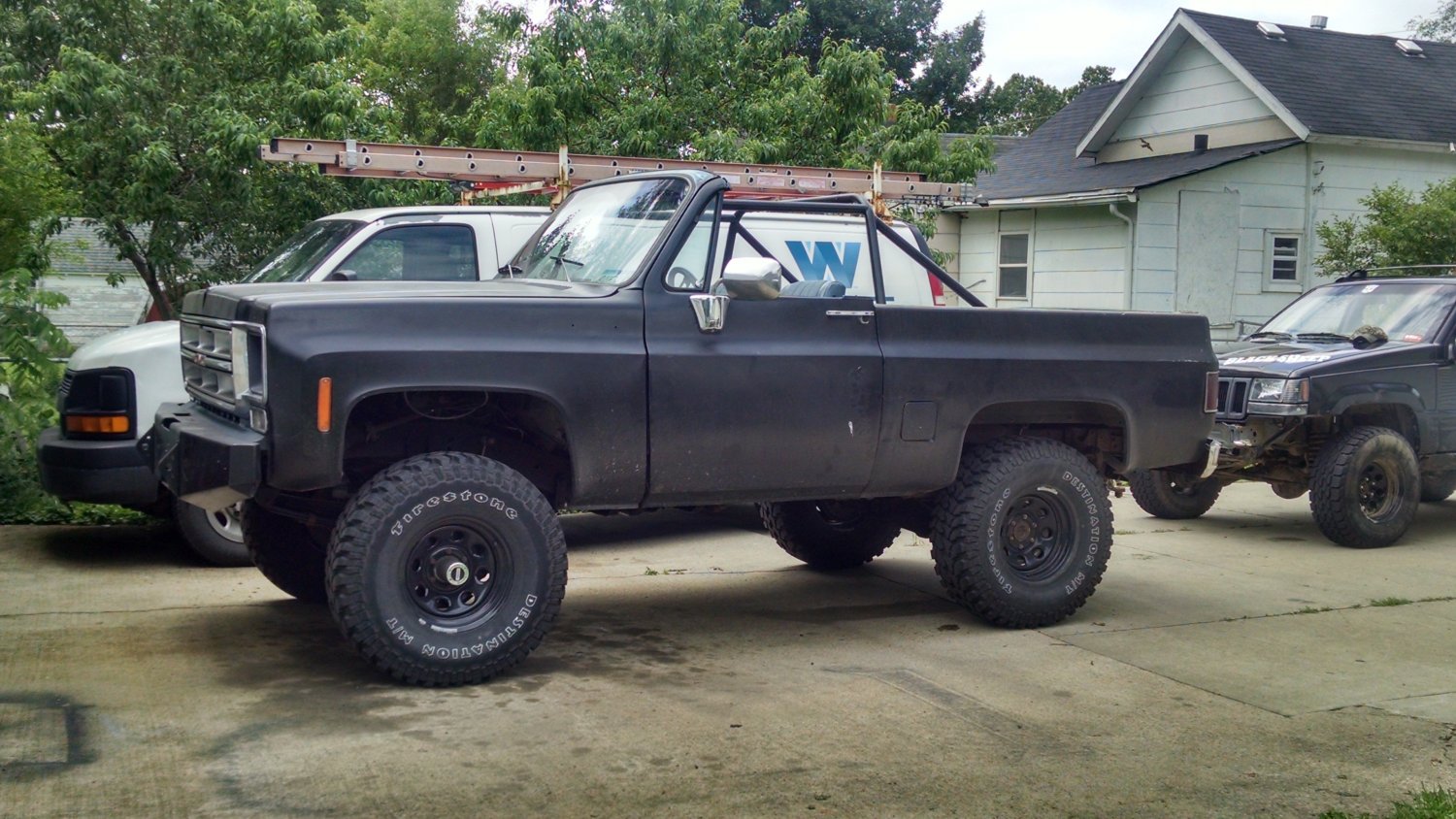