OK, the swap is underway. I have removed the GM 305 carburated motor, transmission, and NP203.

Right now I am re-wiring the harness and buying a VSS adapter to install a VSS between the transmission and transfer se so it shifts properly in 4WD-LOW. Turns out if you use the VSS in the transfer case the transmission will not shift properly in 4-low unless you have a 4WD ECU and can set the 4WD switch in the ECU while shifting to 4-low. It's not that simple with 07 and newer ECUs that require a bus signal to activate 4-low.

Using the stock VSS between the trans/transfer case with a reluctor ring also makes rewiring simple. I just have to clean up the harness, extend it so it can mount cleaner, and wire everything up to use the 09 tahoe factory fuse box. I plan to keep most of the GM sensors, electric fans, and active fuel management. I'll use HP Tuners or EFI live to tune the engine when the time comes.

After the wiring, I need to figure out the fuel system and NP241 shifter. Then I'll be ready to install it. I picked up some engine mounts on eBAY that claim to fit the stock crossmember and also clear truck truck manifolds. Hopefully this raises it up enough to give me good clearance.

I also picked up a LS1 "PHAB" turbo kit. When I test fit the engine I'll see how well the headers fit. I already figured I'll have to make a new cross over pipe. I also want to incorprate catalytic converters in the crossover pipe. I still have to figure out correct turbo to spool quickly, but there's plenty of time for that. 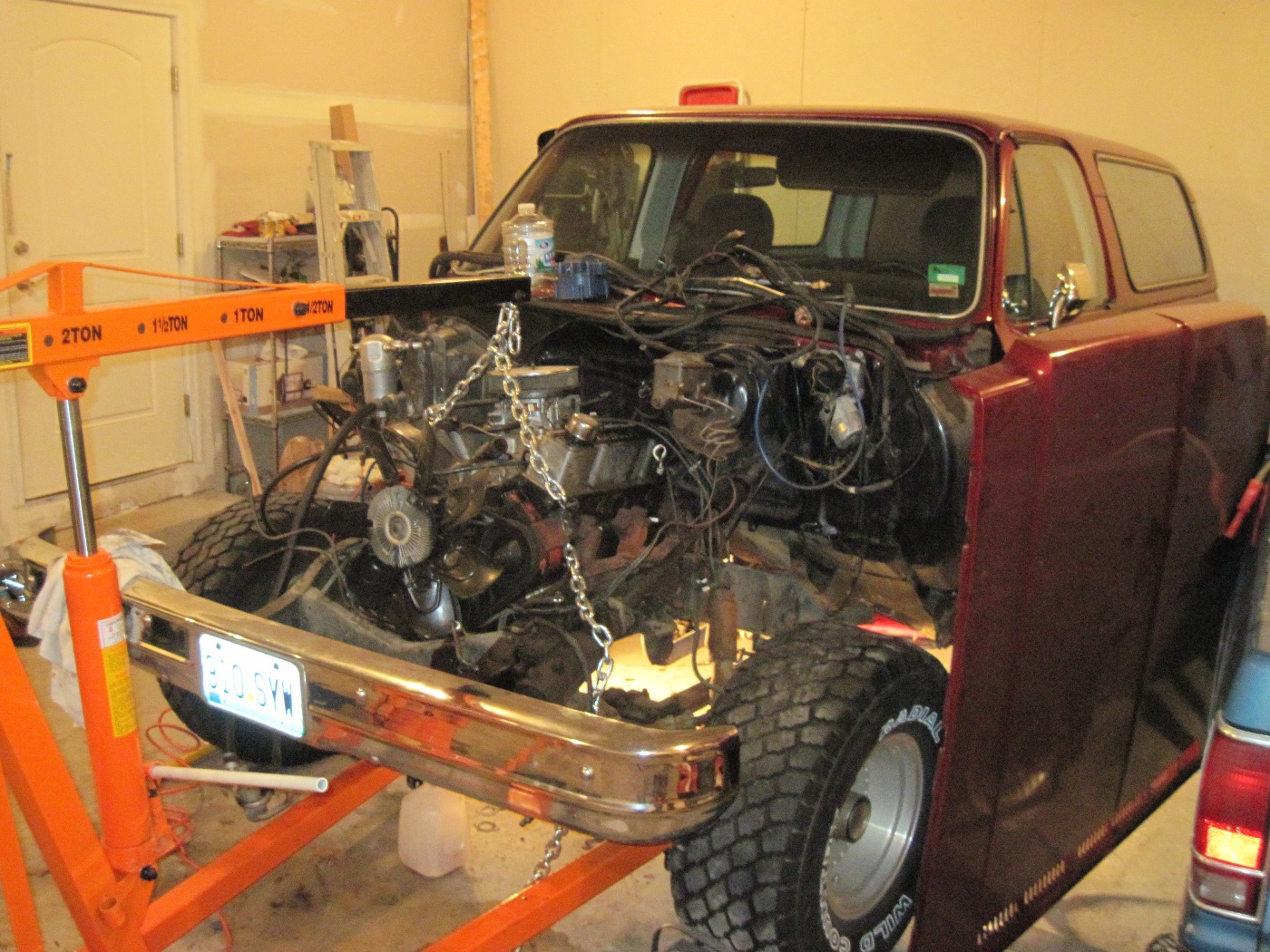 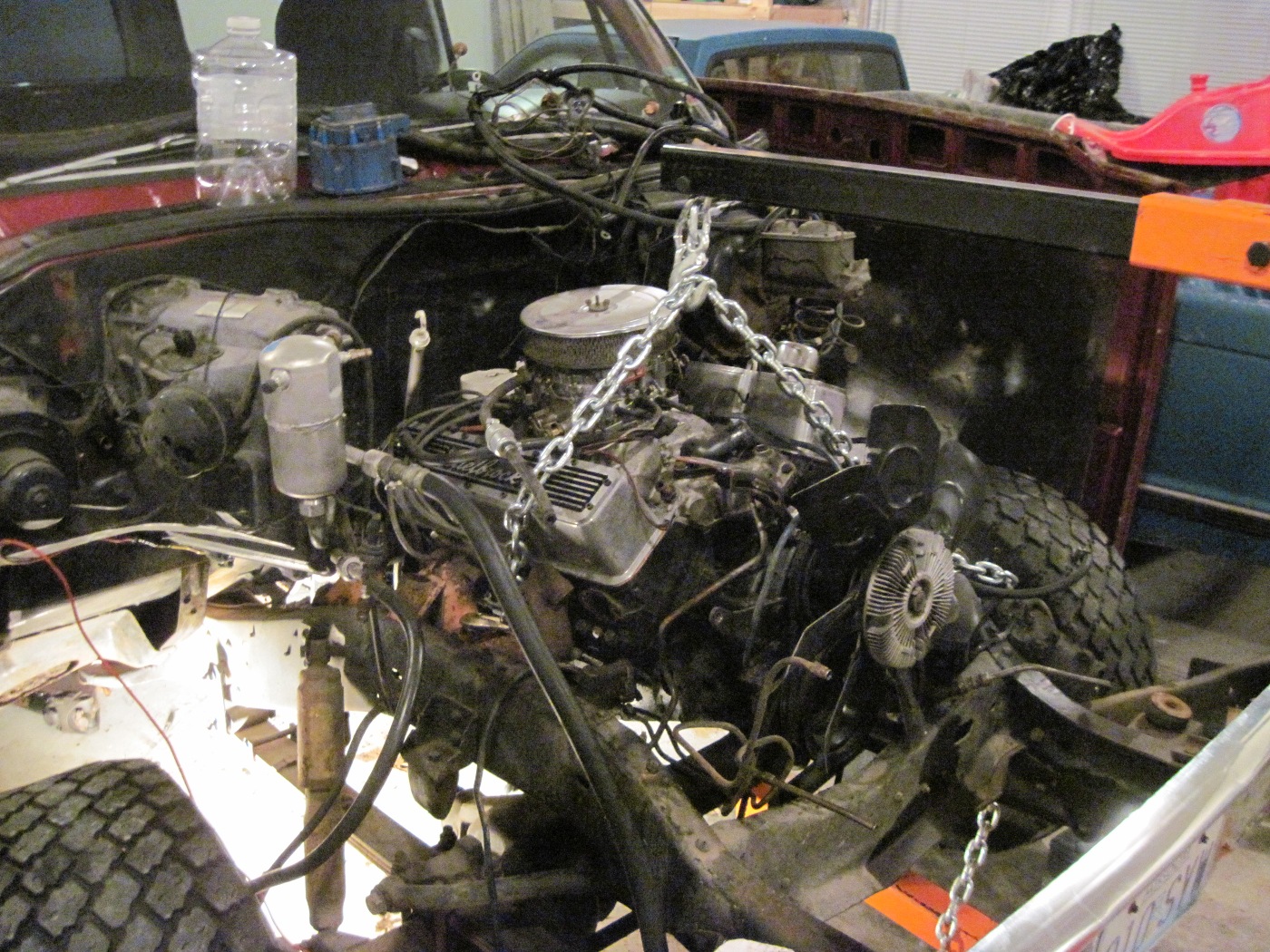 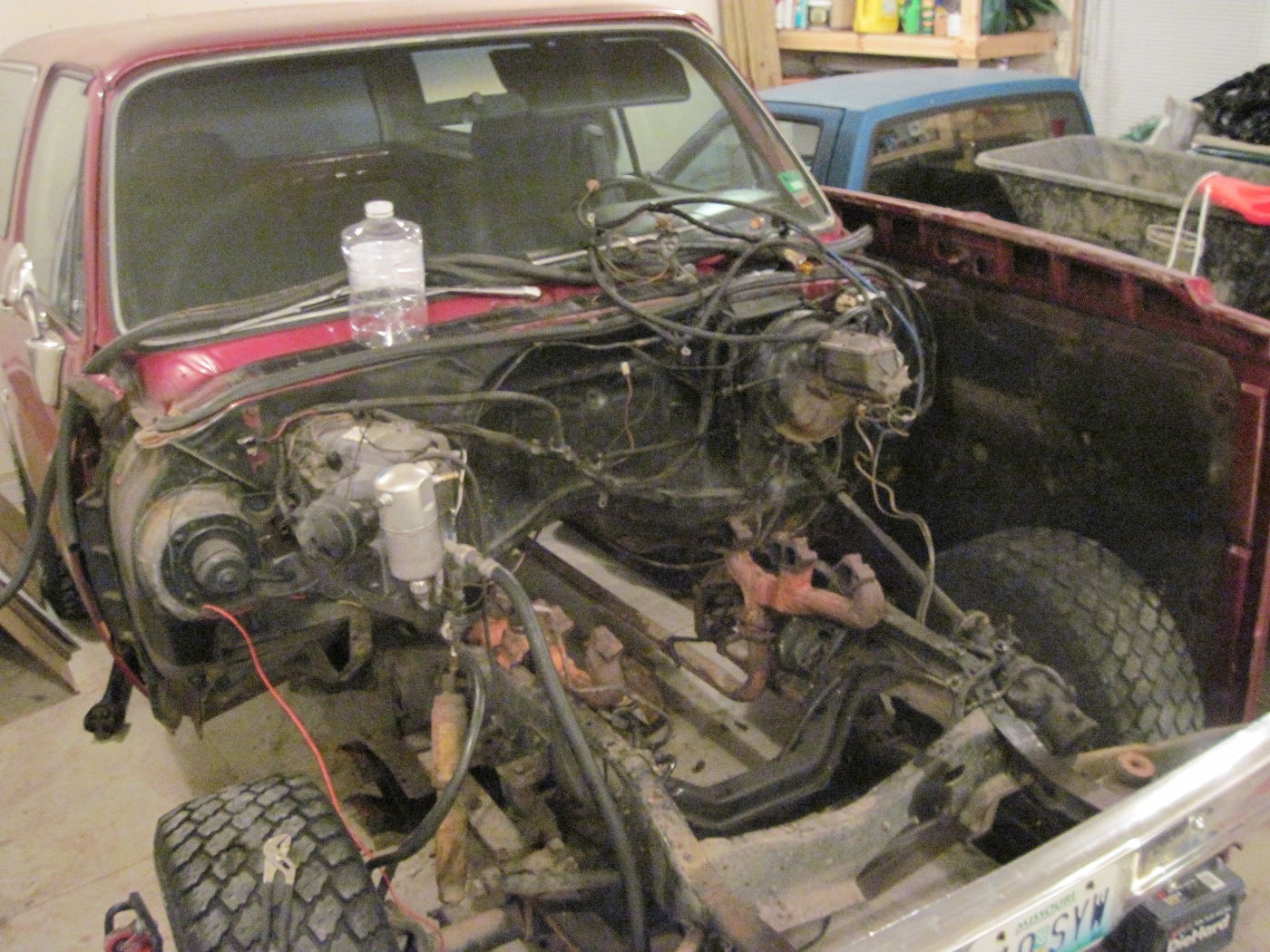 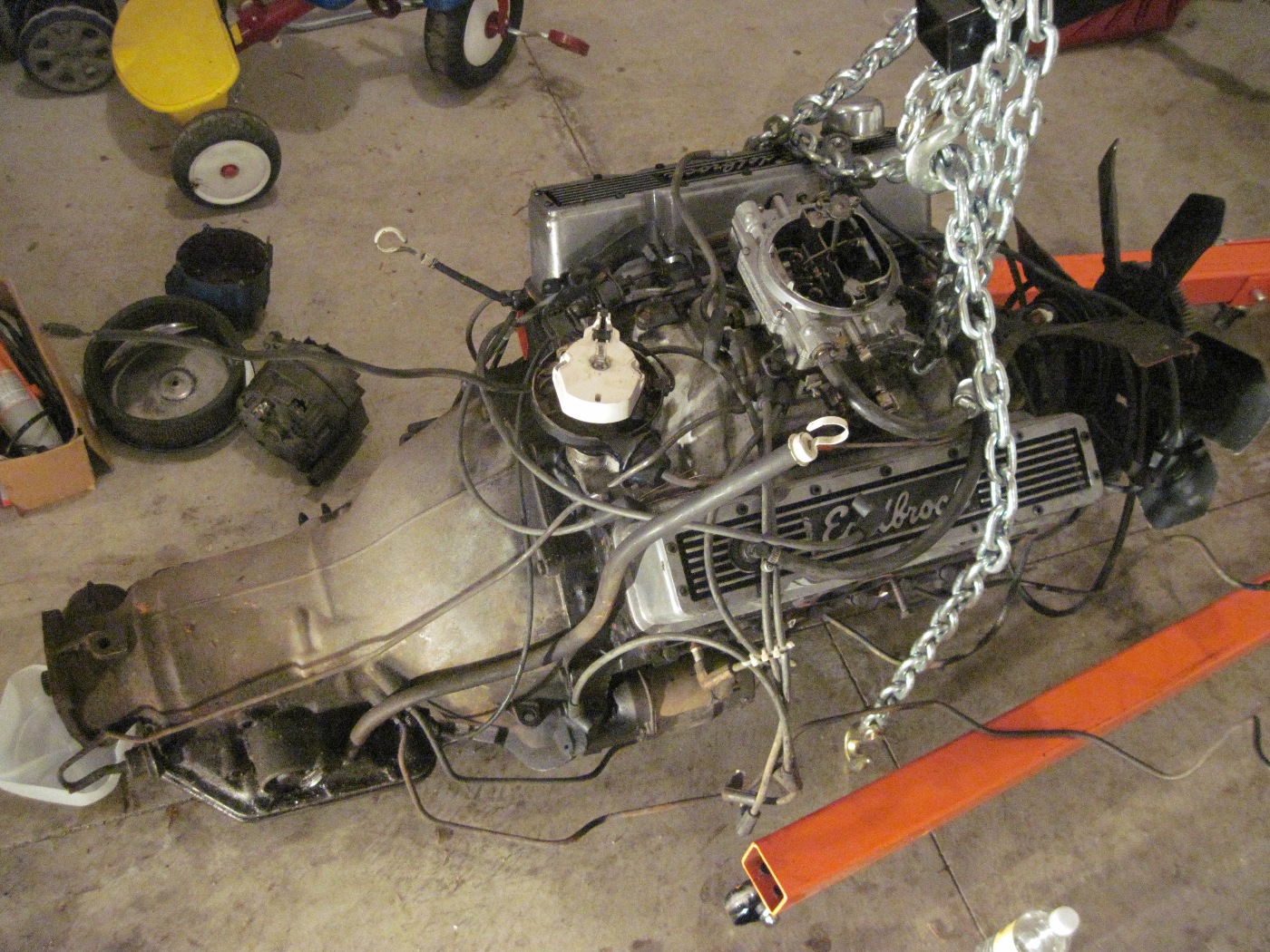 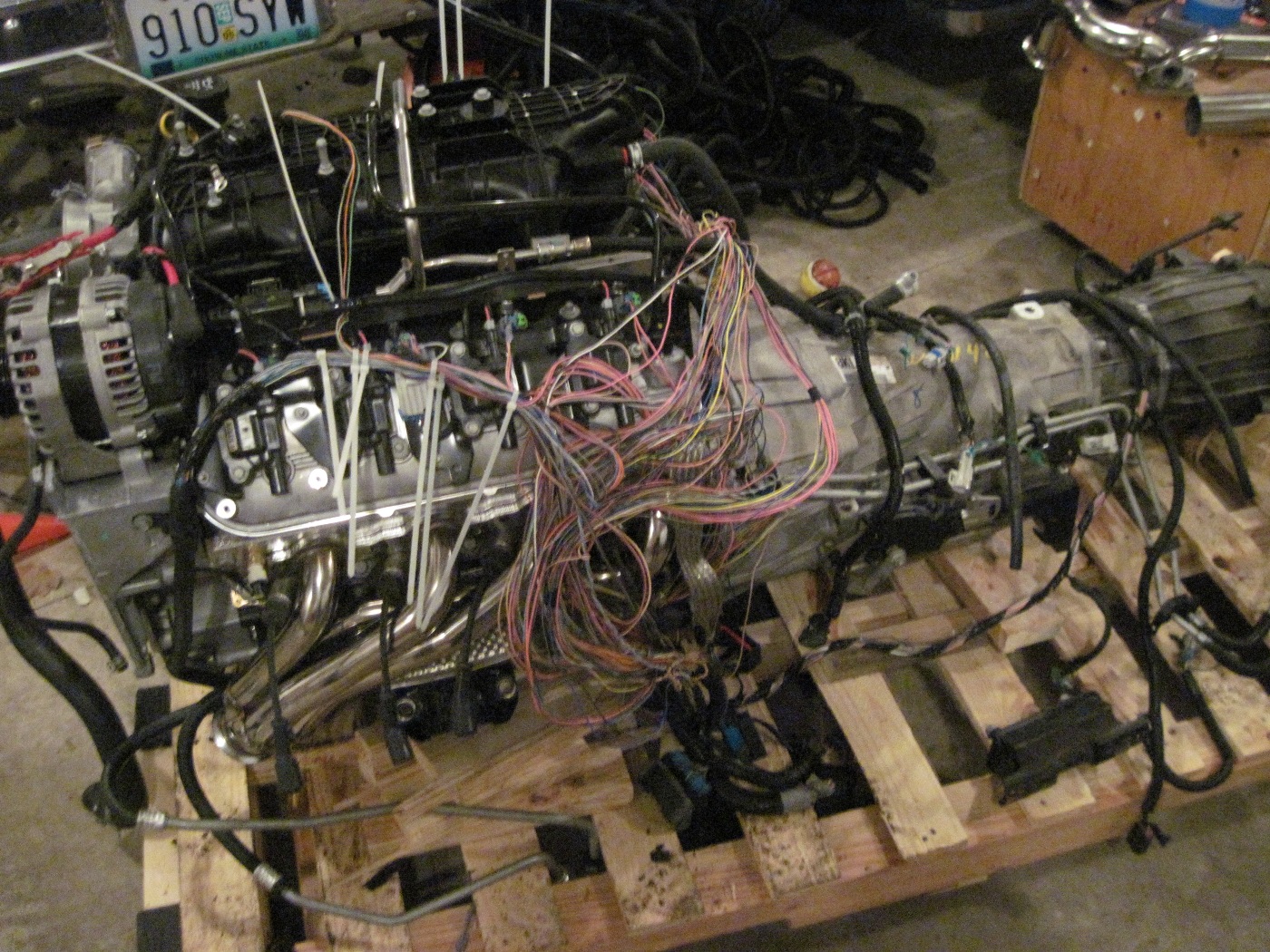