Been lurking around here for a while now and finally got around to joining. Not really sure how to start this thread but here it goes...

Back in 2009 I bought a 77 C20 with a goodwrench 454 and a turbo 400. Actually when I bought it from my roommate for a whopping $100 he had robbed the engine and trans for his M715 build. After he lost interest in his build he offered me the big block and TH400 for $1000. $1100 for the truck sounded like a good deal to me. When my oldest son turned 16 I gave him the truck with the agreement that he would save his money for parts needed and he would also be helping me put it back together. After he drove it for a couple years he was offered $2500 for the truck while he was putting gas in it AND HE SAID NO!!! By now I was tired of working on it and honestly hated this truck. So I told him he was out of his mind and should have sold it. Looking back it makes me feel good that he really did love the truck and was proud of it and proud of all the work we had done on it. Soooooo... Knowing that this truck wasn't going to work for him as he left for college I thought it was fair to offer to put $2500 down on a more reliable vehicle and he would be responsible for making the remaining payments. So all together I had $3600 and a lot of busted knuckles into owning this... 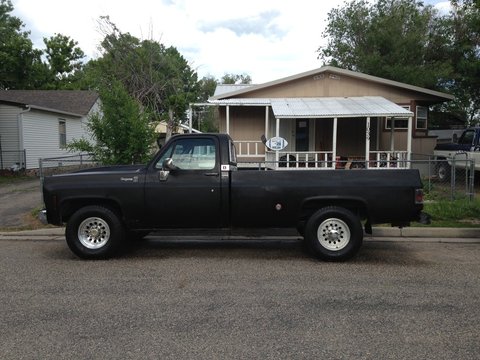 After I put some miles on the truck and got some of the bugs worked out I started to understand why he didn't want to part with the truck. Even though it was a stock 454 it was clear that my decision to do long tube headers and flowmasters when we put it together was addictive. I absolutely loved driving it! Last April I took a job about 30 miles from home and between commuting back and forth in hot weather and hauling load upon load of scrap down the interstate with 4.56's at close to 4K rpm (yeah I know...) the goodwrench 454 started to make some noise. BUT... That wasn't a devastating blow. In 2013 I bought 3 other trucks and a pile of parts from a friend that was moving to Canada. in the mix was a freshly rebuilt 468 bbc with aluminum heads, Ultradyne roller cam, roller rockers, balanced crank and rods, and hyperuetectic pistons. So in it went along with a NV4500 and a McLeod clutch. What a stinkin nightmare that was! It wasn't a bolt in swap like I thought it would be. AND THEN when I went to grab 3rd gear it was obvious that the synchros were long gone and it sounds like something else may be coming apart inside. So after a lot of thought and a lot of research and daydreaming I came up with a plan. I still use and abuse it and love pulling with it but it needs some tlc. With all my spare parts laying around its not feasible for me to go through the transmission when there are so many other things that need fixed. So here's the plan. I can't stand having all these goodies sitting in my shop anymore. My rebuilt 4wd NV4500, NWF 203/205, Dana 60 front with high steer knuckles, 40" iroks will be finding their way under it. I plan on keeping the lift around 4" with 52's up front, a shackle flip in the back, and doing some major fender trimming and somewhat of a boatside to get rid of some rot in the rocker panels. This is as far as I got today, but hopefully I'll be able to get after it tomorrow.
Had to put things into perspective 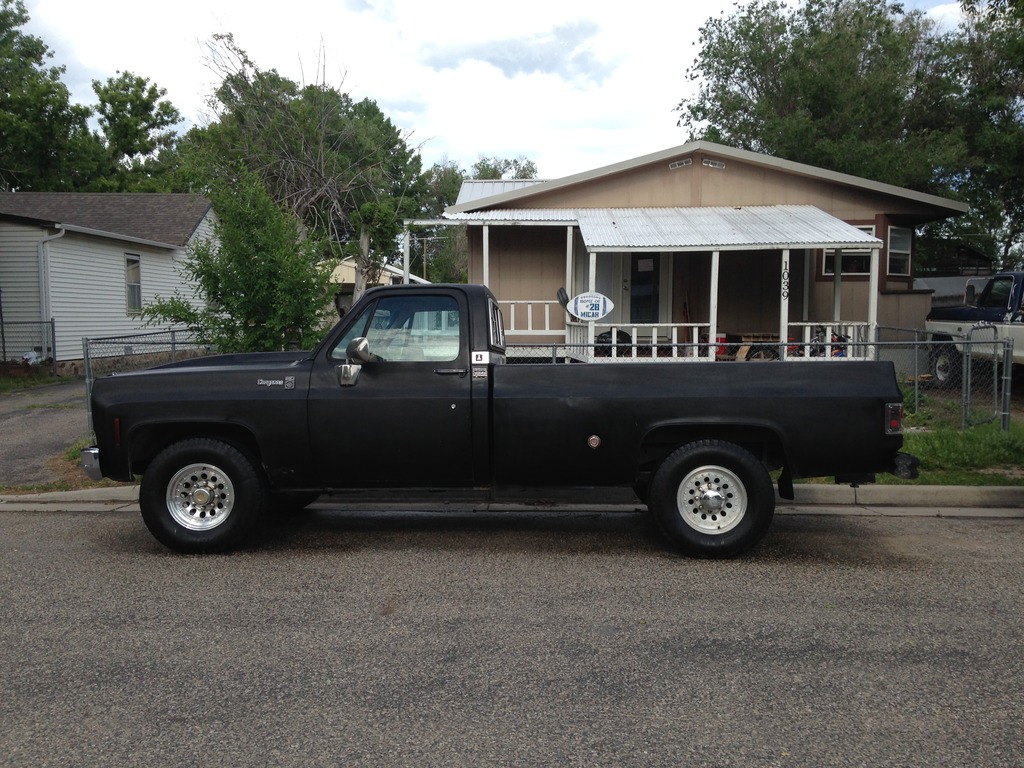 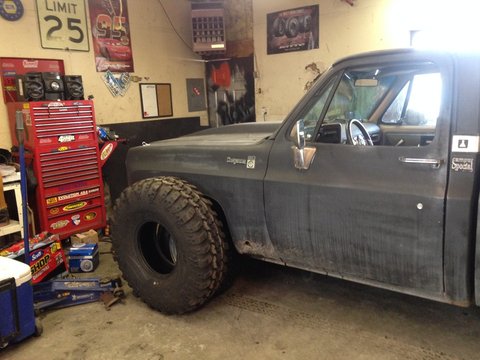 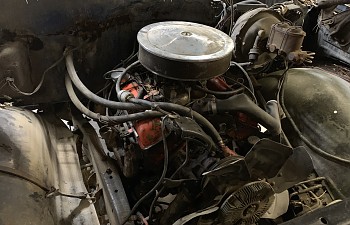 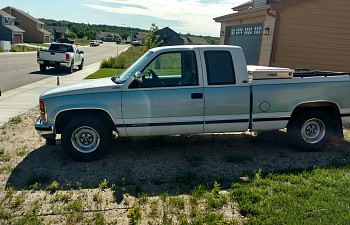