In 2014 I decided I wanted a full size Chevy truck with a V8 and 4x4, preferably tax free*, as a rolling project. I was choosing between Squarebody and OBS and somehow my friend convinced me to get a OBS and I ended up with a bright blue metallic 1997 K1500HD ecsb with all the bells and whistles. That truck served me well for a few years but eventually got parked, but I still own it today.
(* We don't pay road taxes for vehicles 30 years or older in Sweden.)

My love for the Squarebody never died tho... early 2020, right around the time the world took a tumble, the Squarebody bug came back and bit me again. This time it wasn't a K10 truck but a K5 Blazer that was on my wishlist, 81-91 to be specific. I spent the next 2 years hunting for one that met my requirements and I finally found it. A phone call, a train ticket and 3.5 hours later I was looking right at it. It didn't look as good as it did in the photos (they never do) but it had passed inspections just a month before so we talked a little and agreed on a price, then I started my 5 hour drive home in my new-to-me death trap.

So here it is, my very own 1982 Chevy K5 Blazer 4x4! Unfortunately I don't know much about it, according to the title it was originally "lightblue" but I don't know if it had grey interior originally. The RPO sticky in the glovebox is not the right one.
The only thing I didn't get of my wishlist was the engine, I wanted a V8 Gasser, this one is a V8 diesel. It's loud, obnoxious, smelly, leaky and rattling like hell but I love it! I call her Dixie because the PO glued a confederate flag to the roof as a headliner... 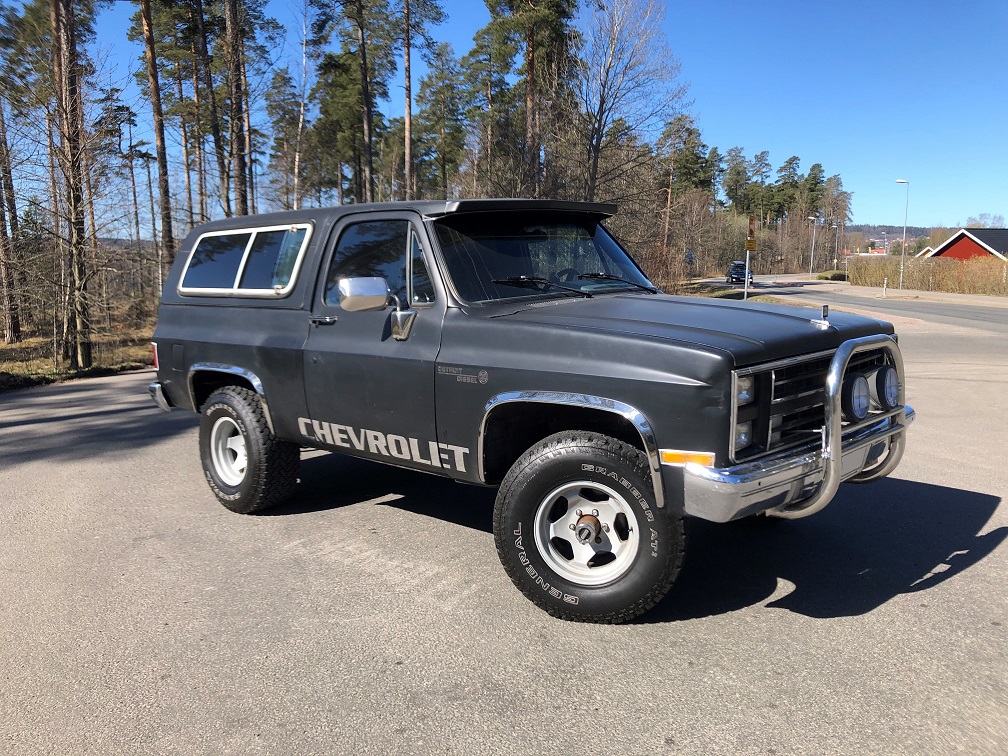 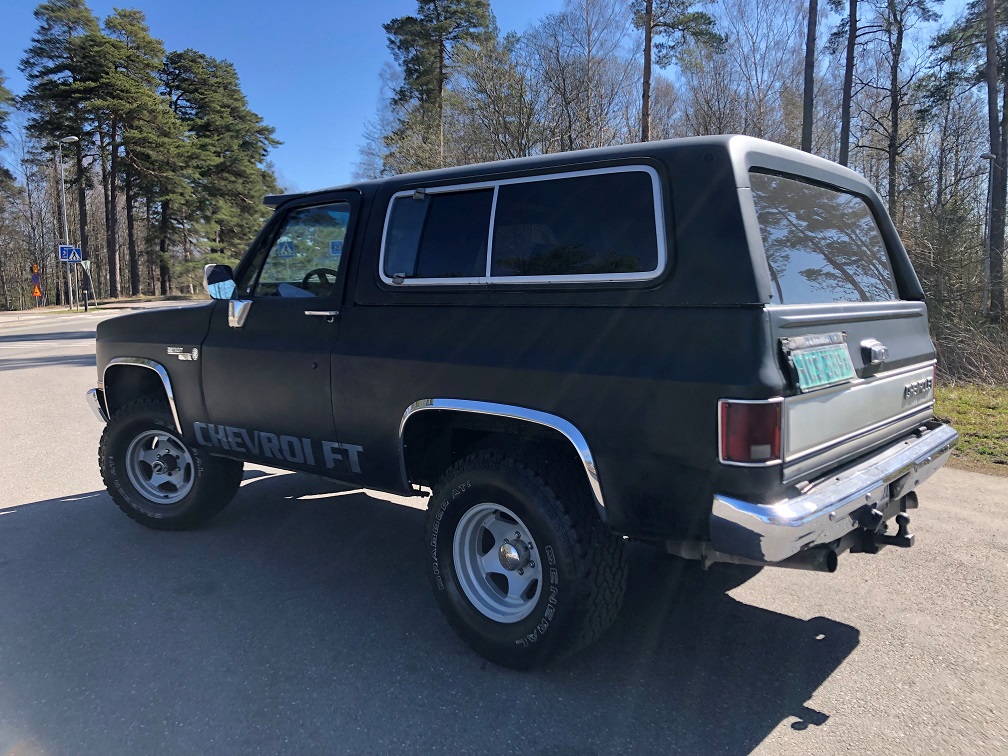 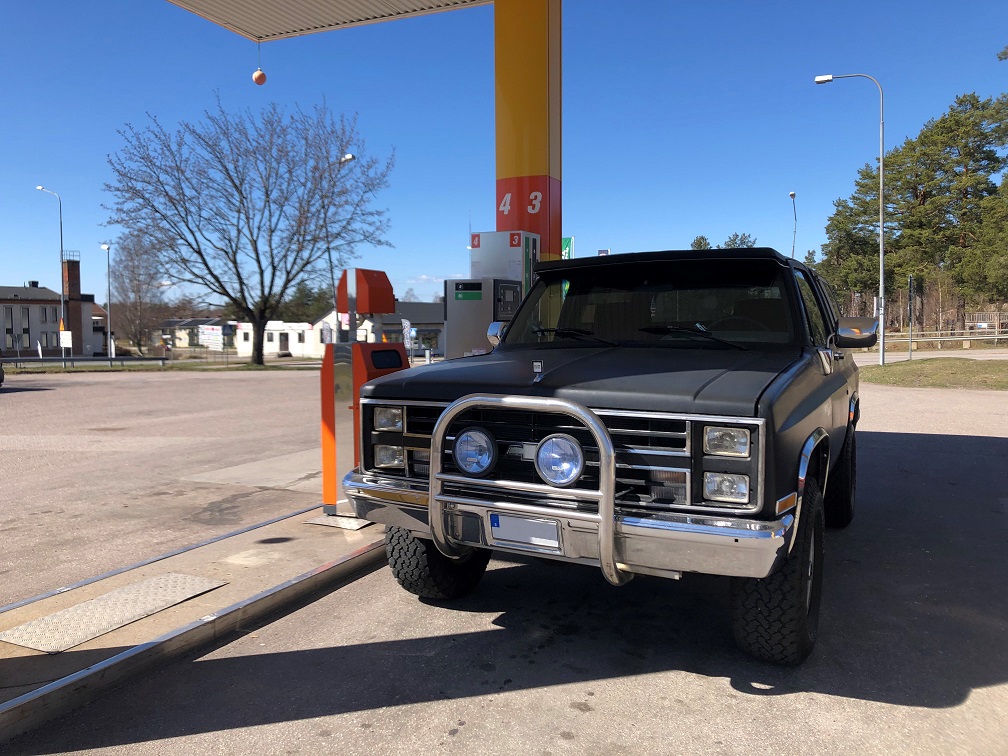 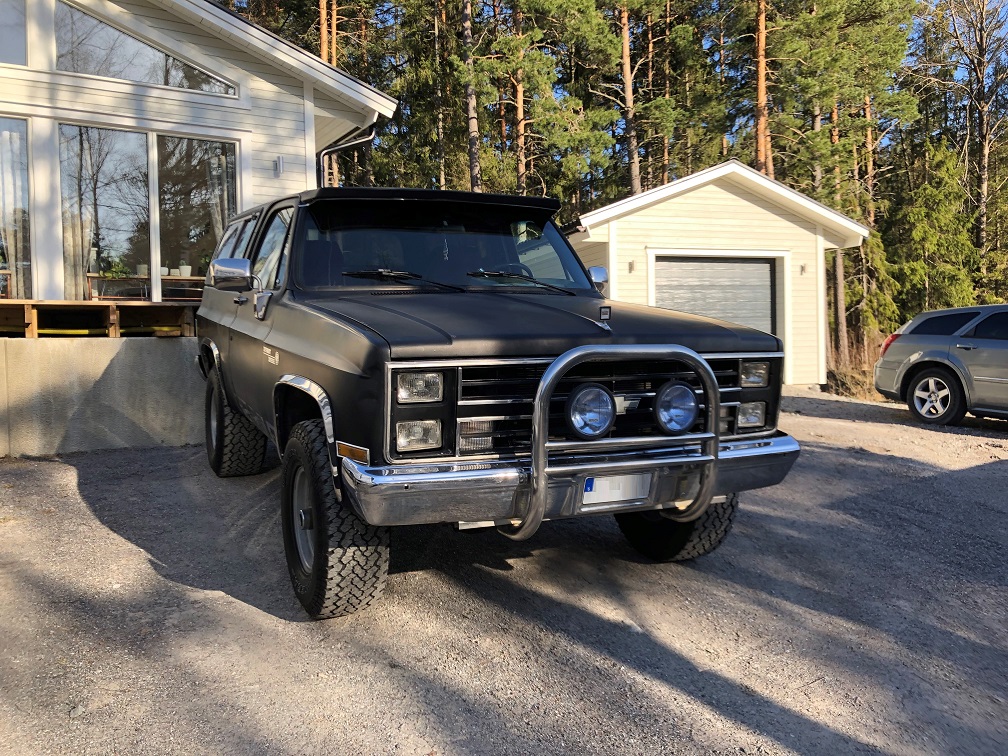 Other
Rescued From A Field: 63 Chevy Impala Convertible