I've read just about every build thread on here and decided to put up some pictures of my blazer.

Bought it from my grandpa 4 years ago when I was 15 with a snowplow on the front and sold the plow for what I paid for the blazer. I don't have any pictures of it stock when I got it, had a 6.2 700r4/208 and half ton axles. Put a 6 inch lift and 36 inch military tires on it and wheeled it like that for quite a while. After breaking the 44 a couple times I found a set of Dana 60s on craigslist for $700 for the pair. Put them under and wheeled it that way for a while, the 4.10 gears made a big difference from the 3.08s that were in it 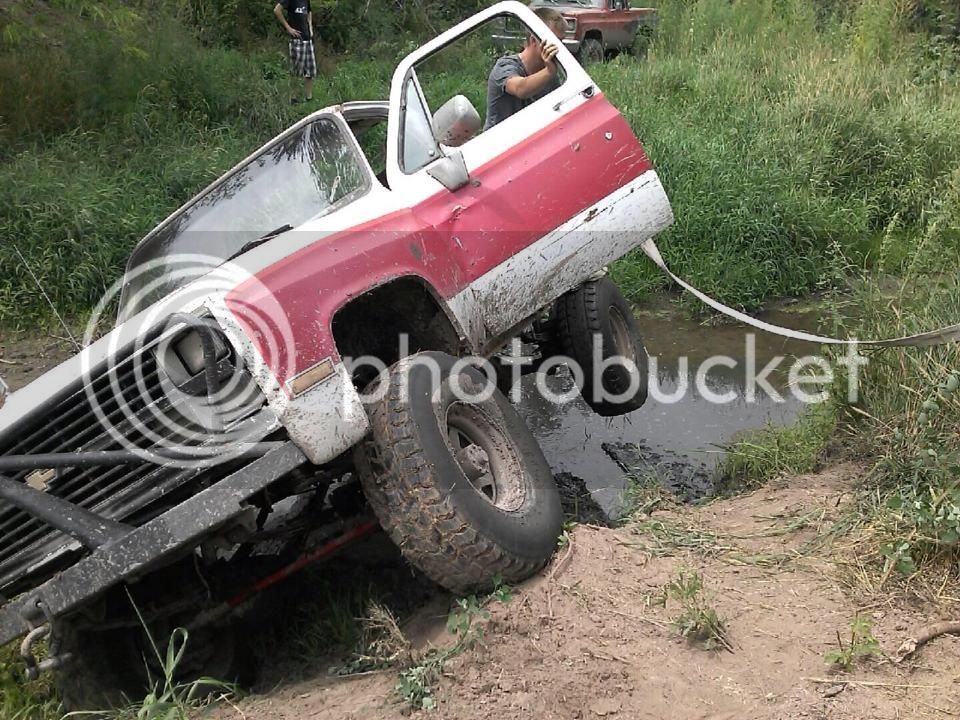 Almost rolled it quite a few times, the last picture being at about 3 A.M. and 4 miles from my shop. Luckily I had just put a locker in the front so it would climb right out of the hole, unluckily I had taken the front driveshaft. so we had a 8 mile walk that night.

The diesel did pretty good on fuel and was nice for climbing, but didn't have a whole lot of power So it got taken out and sold to a friend of mine. 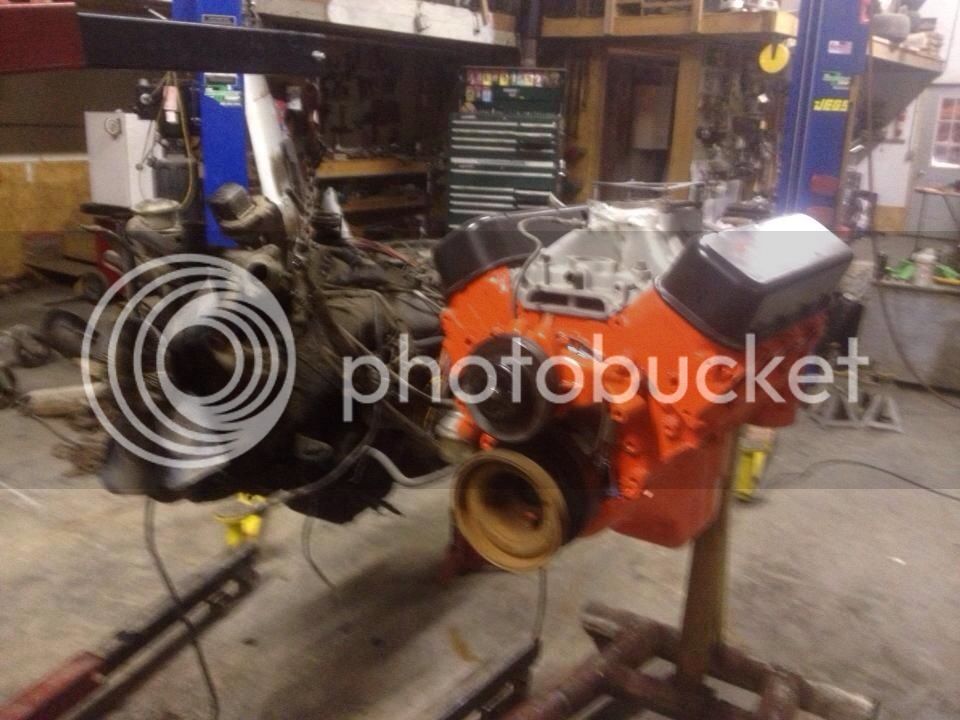 Built one of the big blocks we had laying around, nothing special, 4 bolt main, cast crank, RV cam and peanut port heads. To replace the 700r4/208 I swapped in a th400/205 that one of my dad's friend had given me for free.

I drove it maybe 6 or 7 blocks the night I got it done and then pulled it back into the shop for the night.

We had a grill out of an 09 Silverado I thought would look pretty cool in it so I set it in to see what it would look like and my dad said sarcastically "you might as well put the headlights in too" so I got out the sawzall. And this is about how it sits as of now. 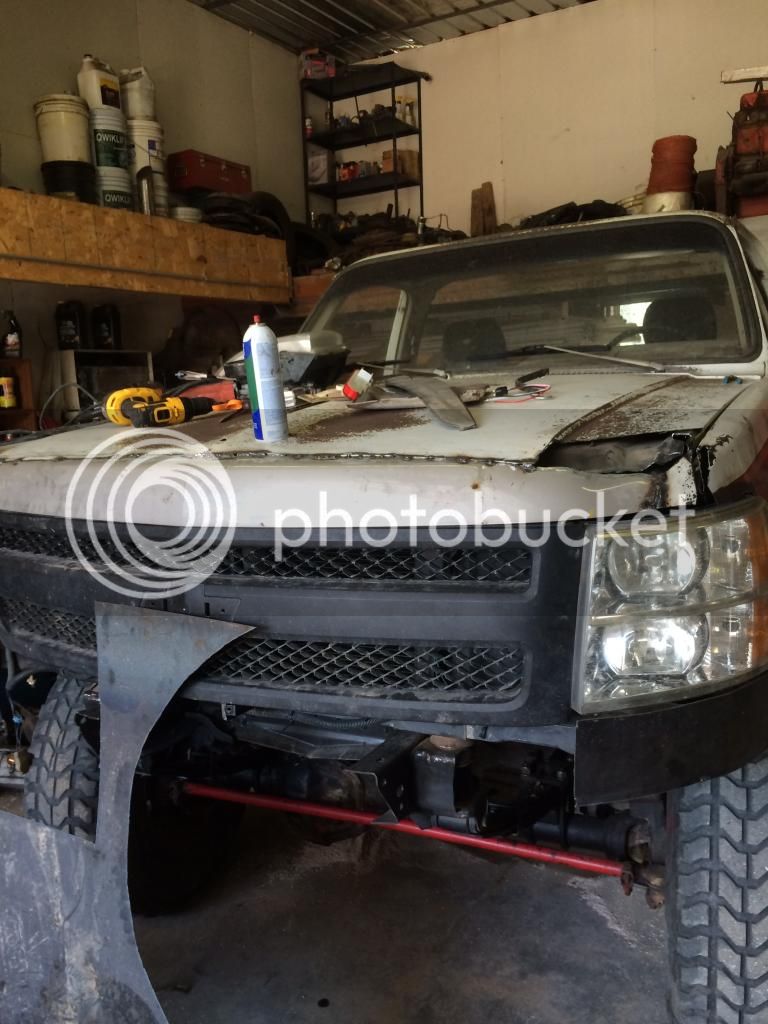 The seats out of the same pickup are also in it now, they fit great, will have to get some more pictures when I go home for thanksgiving break. Hoping to get the front end all done and the truck painted flat black over break also. Bought this from my buddy, got a pretty decent deal on it. it has a low mileage (60k) 6.0 and 4l85 in it. it has a brand new set of 19.5 tires with it (the rears arent on) that i had just sold him. planning on cleaning it up. body and paint, and then throw some denali seats and center console in it that i have laying around, or maybe even my spare escalade interior. It surprisingly drives very nice and has a good amount of power. Its in decent shape too, hopefully not gonna need much body...

Other
linked one ton escalade (coming back soon)

Edit: I’ve tried replacing pictures since photobucket stopped working, but some of them might not be the same as the original. Hope this is ok to post here, i like this forum a lot more than pirate. If you don't know my previous k5 its the one with the ugly front end that had a 4bt. still planning on sticking a 5.3 in it sometime this winter(i already have a donor pickup..or 4), but for now it sits outside with no drivetrain. So that brings us to the escalade, i bought a 2006 escalade...

I was looking for a crew cab or blazer to replace my current blazer Well I found a crew cab project but i think it's too nice (even though it doesn't look like it) to tear up. So here are the plans for it 79 ford HP Dana 60 (3.55) 14 bolt? 6.0/4l80e/246 4-6 inch lift Humvee 37s Car corners are good, the only rust is the rockers but it came with new panels. I have a couple extra pickups with the 6.0 drivetrains so I'll probably be using one of them. I'm taking the Dana 61 out that's in it...