Hey guys, so I've been daily driving this burban I scored off craigslist for about a year and a half. I have some plans to turn it into an overland rig that I can essentially be self sufficient from(minus fuel and food of course).
Here is when I bought it: 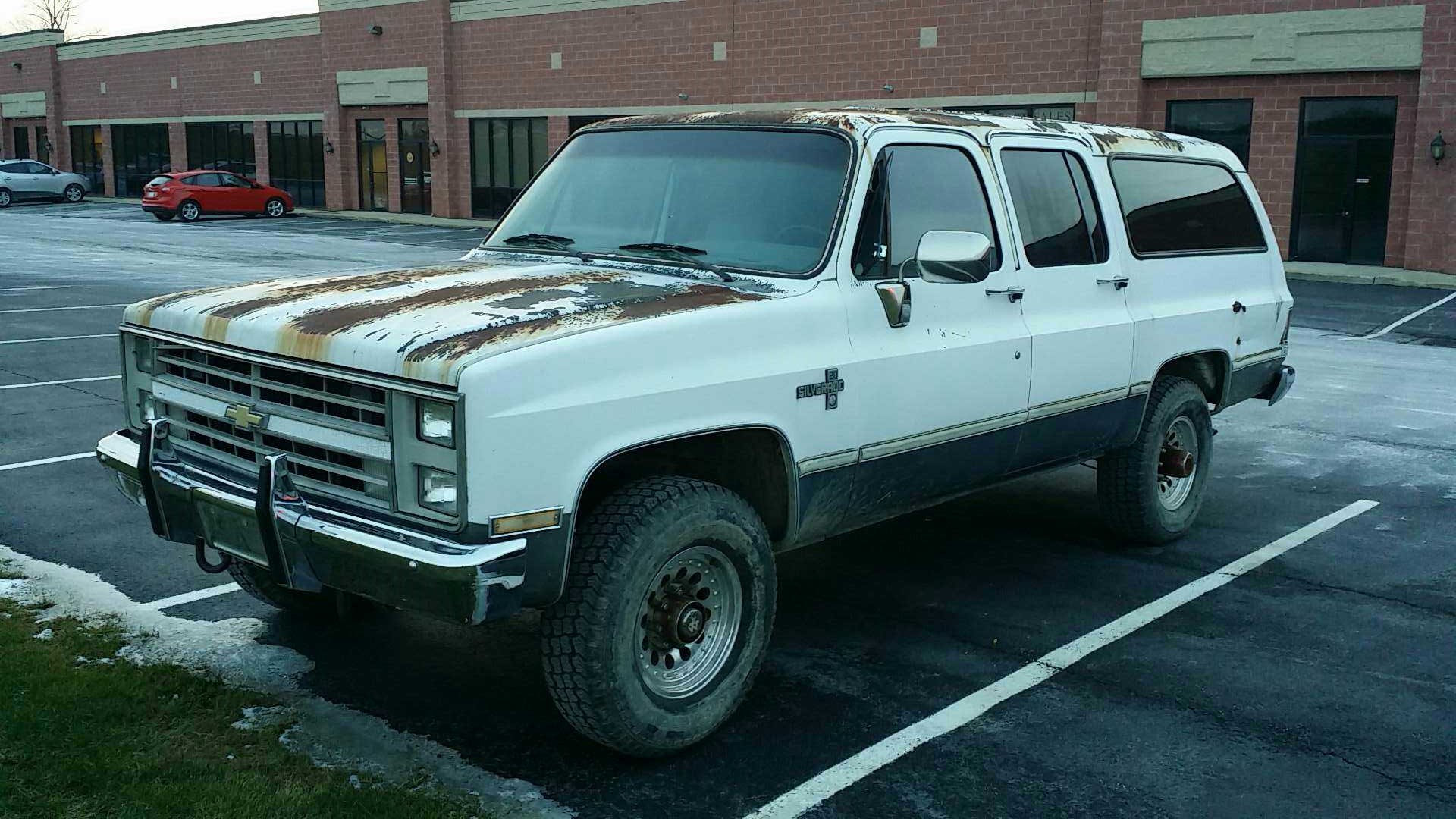 After multiple tire failures and some fun poked by friends, the strugglebus label was officially applied. 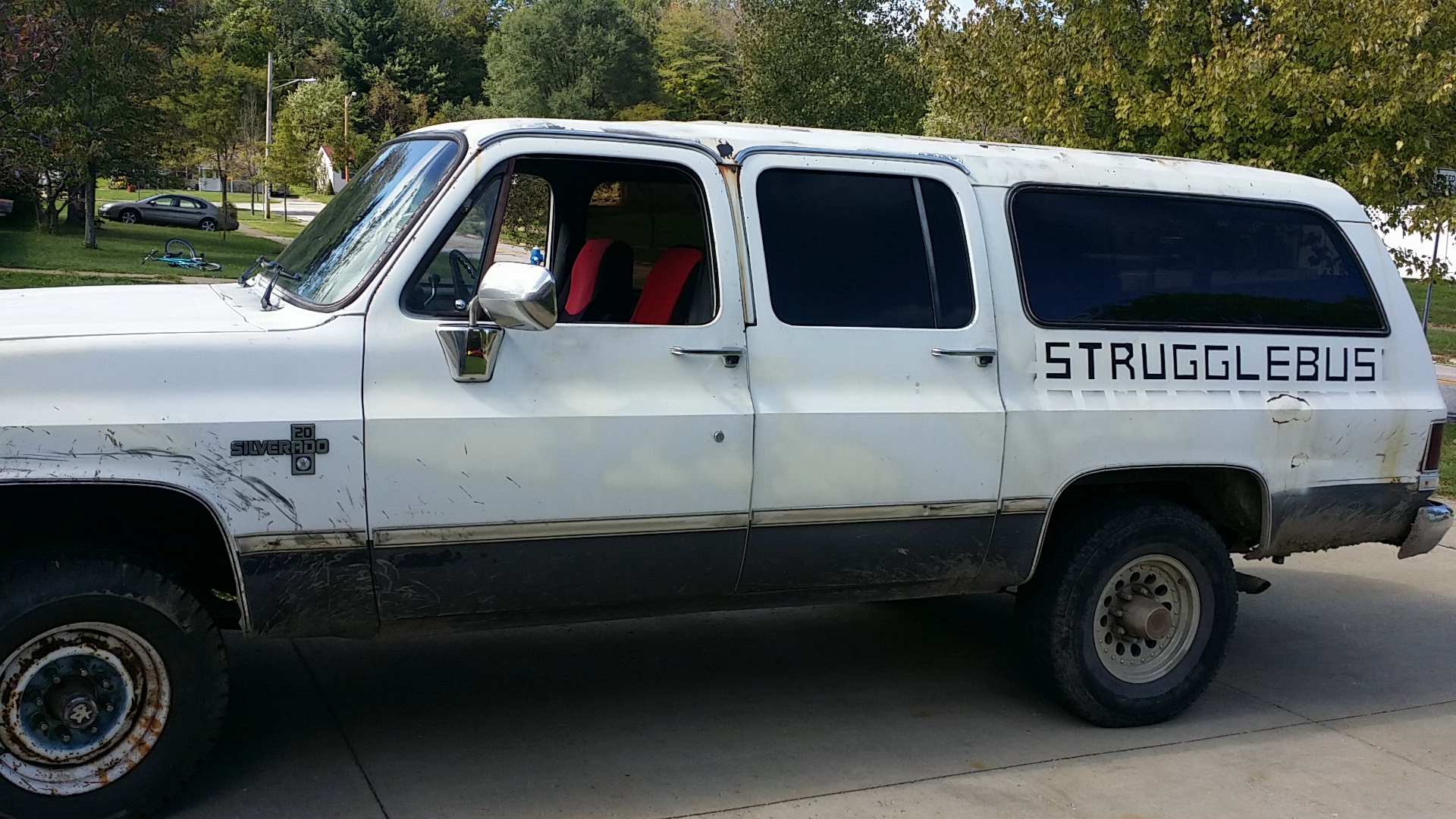 I began with the interior, fully striped and painted in 3 days. Apparently, with all of the foam and vinyl removed, the factory dash actually is pretty cool! 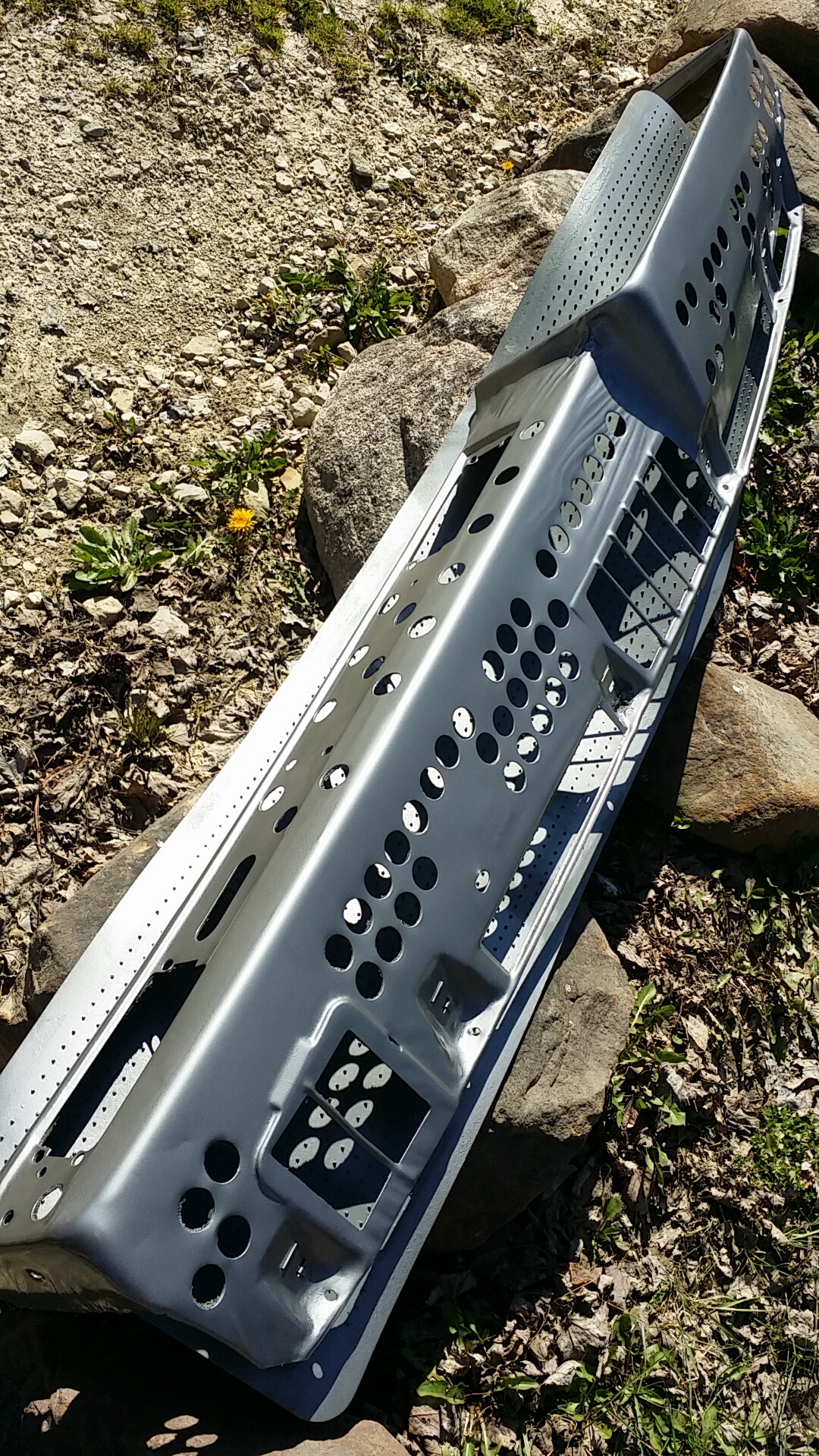 Then began work on the exterior. Being from Arizona, the rust was limited to the two Ohio winters she experienced. But her previous life left her ding and scratch ridden. Here's a rough view of the bodywork/prime/paint process. 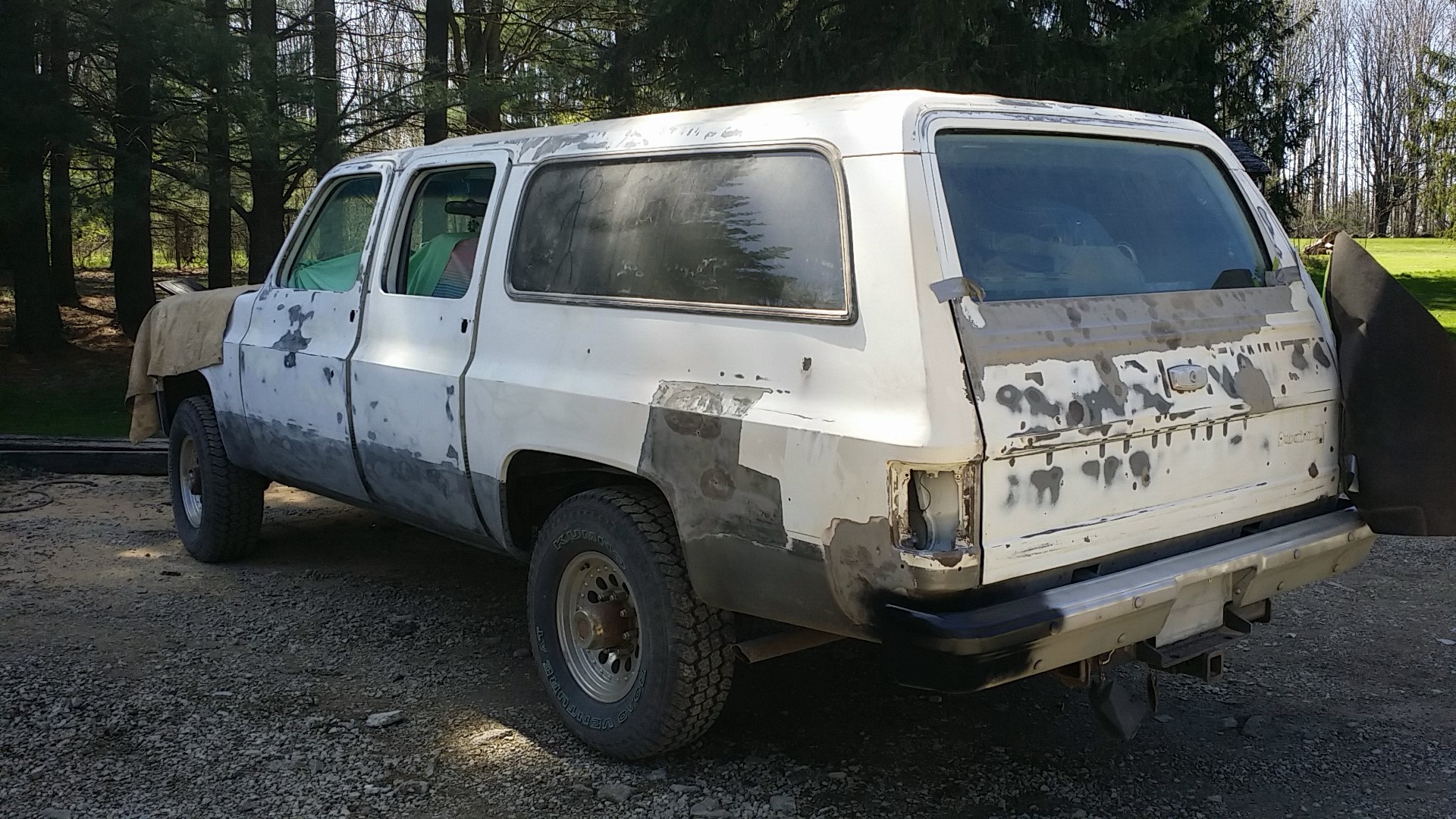 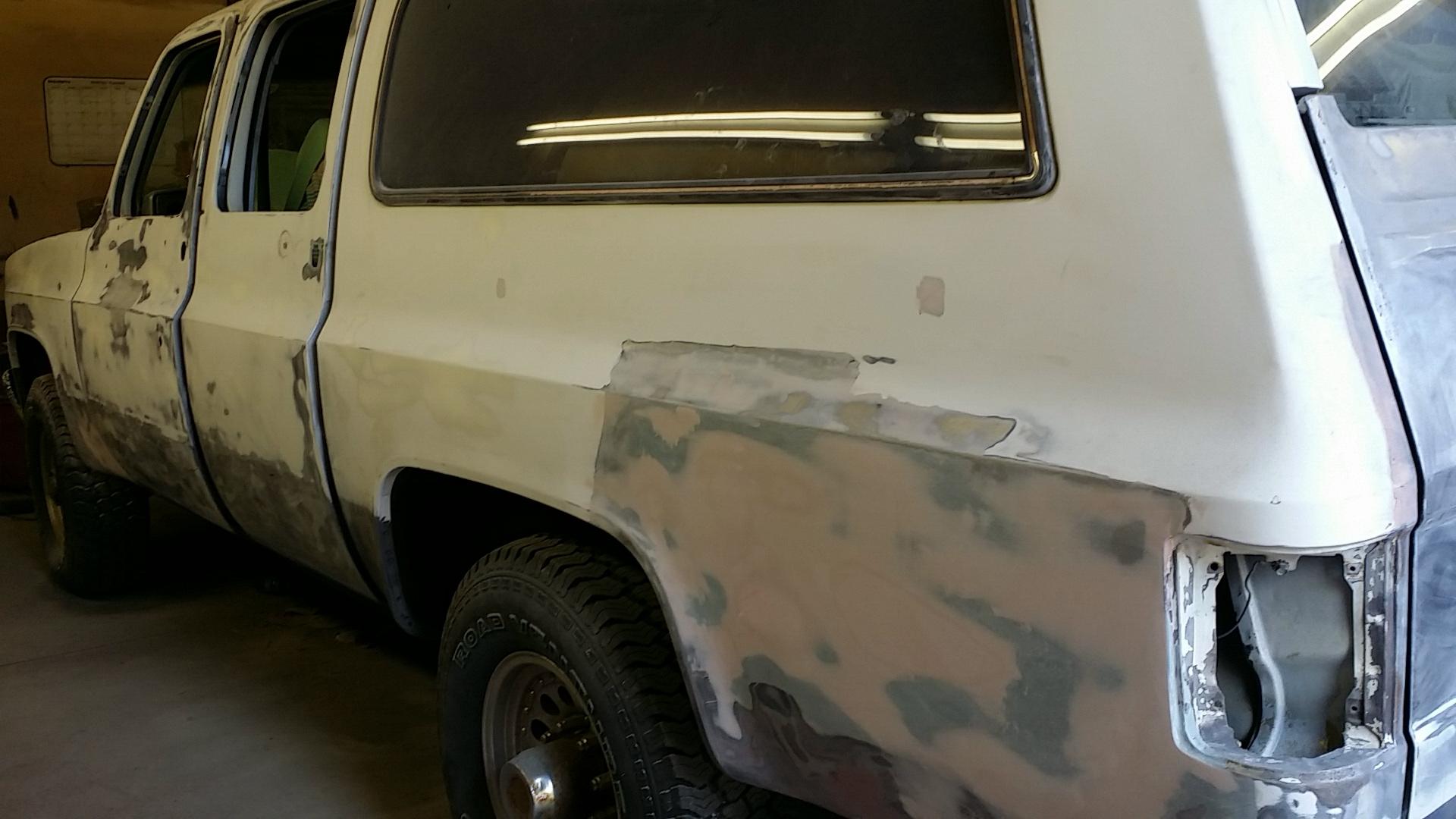 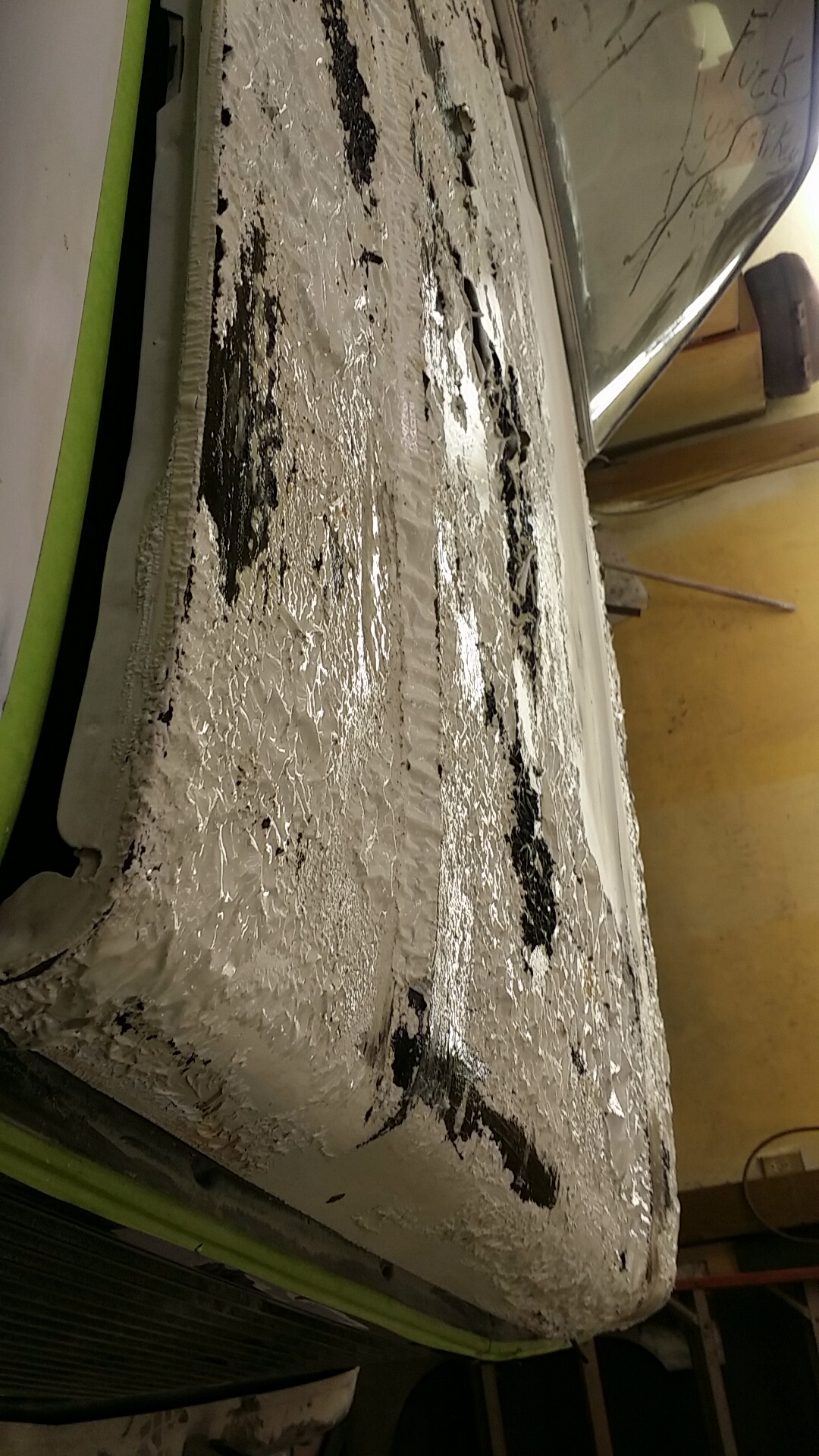 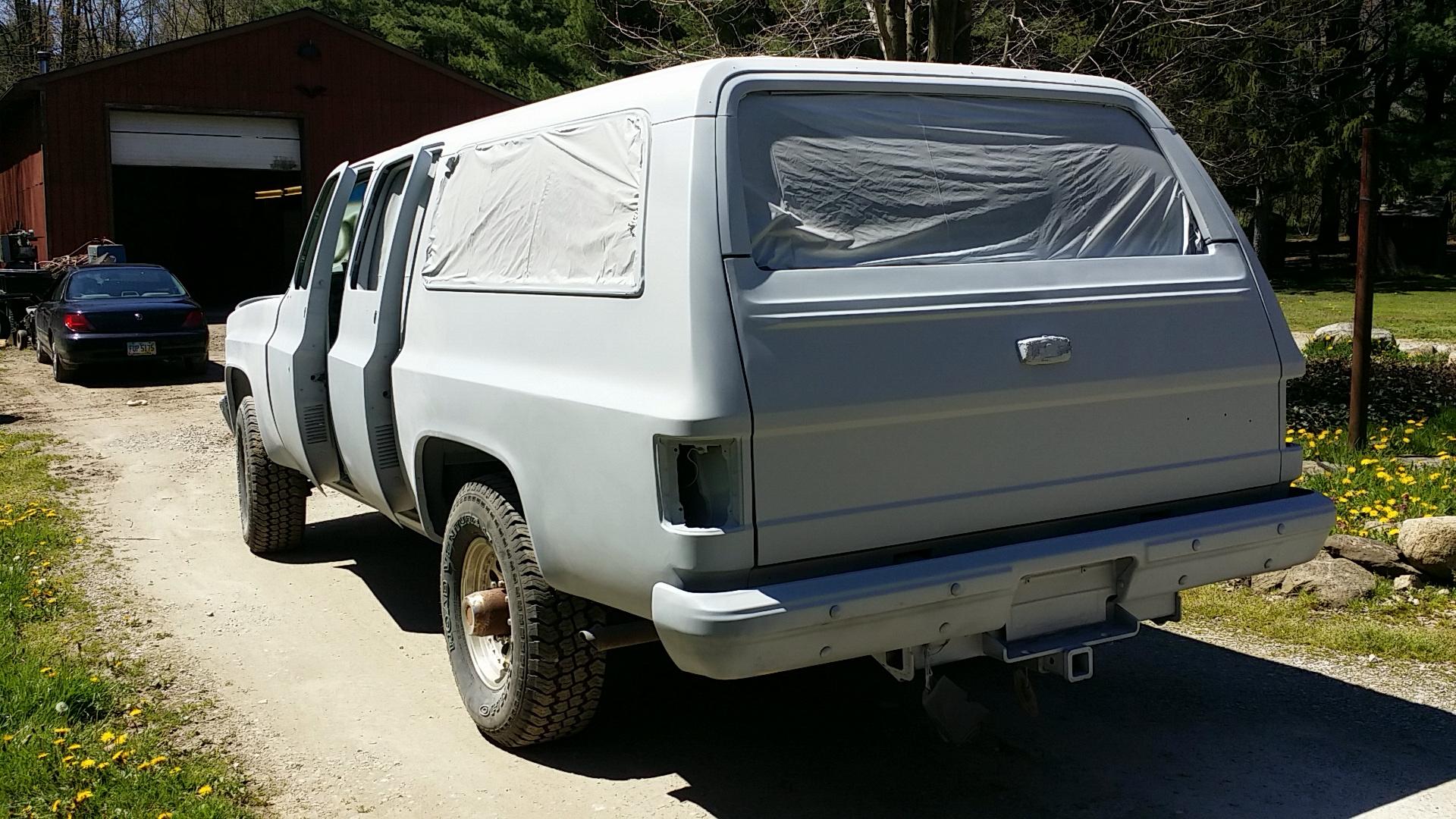 A little emblem spruce up. 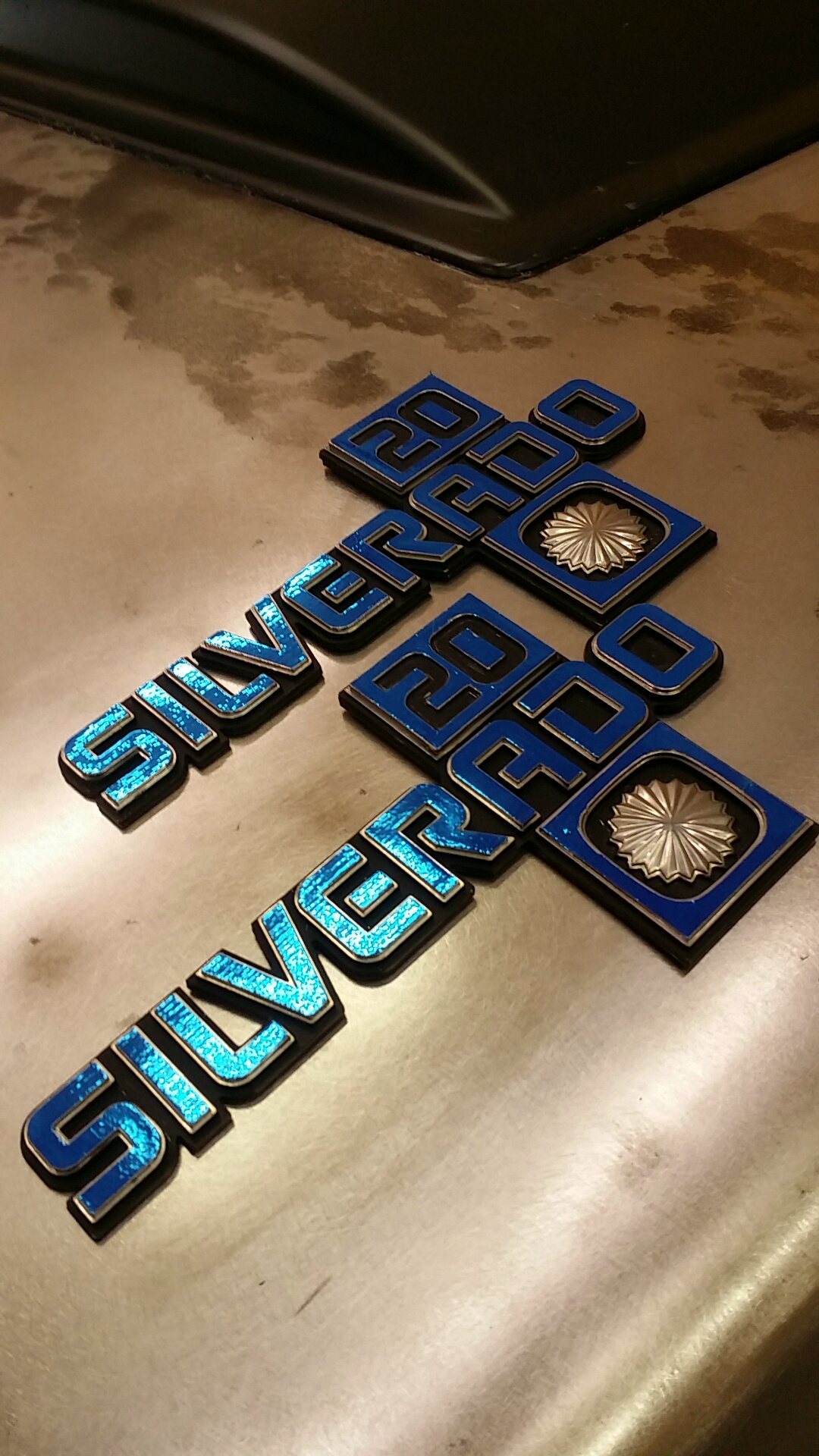 On the road as I moved to Georgia. Added a roofrack from an old twin bunk bed frame. Sis's '75 van in the back drop. The future holds a fresh 3" lift and bumpers, drawer system, lighting and solar, RTT/awning, fridge, onboard air and of course some other goodies. Hey guys, I've had this 79 burb for a while, pretty worn out and rusty but it had a 6 inch lift and 35's so I loved it. I fixed it up enough to drive it and it had a nice rod knock. I drove it for the summer and decided it was time to do a rebuild. I got a good deal on a 400 small block on craigslist and built it up into a nice 427. The body was pretty far gone so I found a nice southern kept 87 burb on craigslist and drove it home. I plan on taking the body off the 87 and putting it on the...