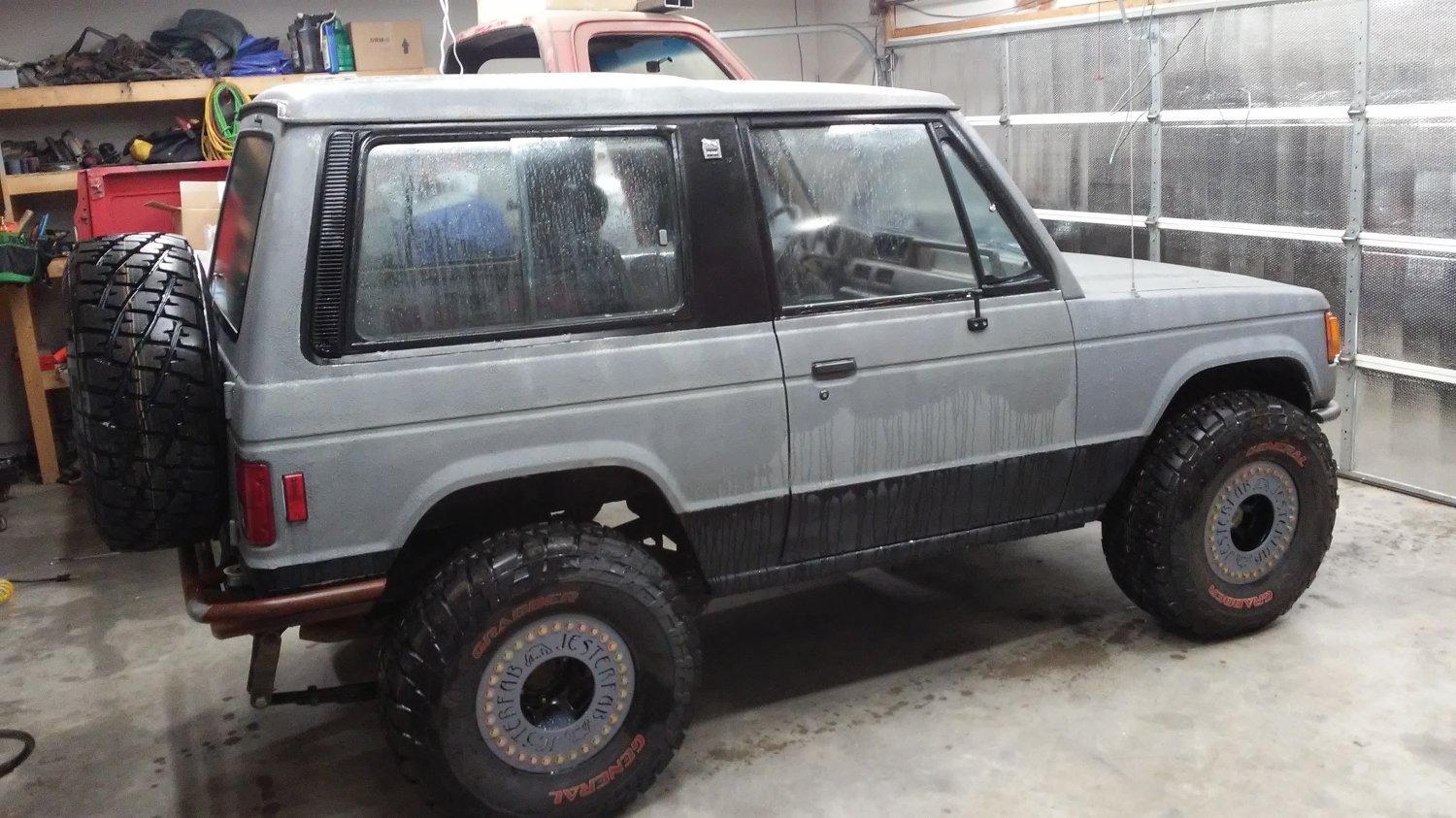 This thing is freaking awesome. These were only made/sold in the US from 87 to 90 and are really just rebadged first gen Mitsubishi Monteros. It has a 2.6L carbed 4 cylinder, 5 speed manual trans, manual shift 2:1 t-case, and 4.625 gears in the axles from the factory. This one is sitting on near new 32" Falken Wildpeak ATs wrapped around some soft 8s. The exterior has been bedlined but there is not a single dent anywhere on this thing and all the glass is good except for 2 small chips in the windshield. Every single accessory I have tried so far works including the factory radio and AC! For $1,200 this thing drives AMAZING. Super stable, plenty of power for the tire size, handles VERY well for an SUV.

Now the bad. The engine has a pretty bad knock from the bottom end. Here is the weird thing though. It doesn't smoke, oil pressure seems fine, and the knock goes away under load. It only does it at idle or when throttle isn't being applied. PO said his buddy told him it was probably rod bearings but it would last a long time as is. The bottom end on these engines are basically built like a diesel so it is very rare that there are bottom end issues. I dropped the pan and cleaned it out. There was quite a bit of debris in it and more scary, a 1/4" lock washer. Put some magnets in there, a new gasket, sealed it up and put some fresh oil in with new filter. No difference.

So . . . unless I can get the engine diagnosed and fix it myself, I am just going to run it as is until it blows up at which point I will be putting a 4.3L V6 in with either a NV3500/231 or a SM465/241. May or may not swap the axles out but if I did I would go Ford 8.8 and Dana 44 with double triangulated rear suspension and parallel 4 link or standard 3 link up front. I would also be stretching the axles front/rear as much as possible with some comp cut style fender trimming.

Anyway, the immediate plans are custom tube bumpers front and rear, custom sliders, and rear seat swap with a roll bar for seat belt attachment. The stock rear seat in these only has 2 belts and I need 3 so I am going to put in a rear seat from an Isuzu Amigo. Will require some modifying of the front of the rear wheel wells but won't interfere with tire clearance.

Ordered some 1" body pucks from DIY4X so I am going to put those in and then take some length off the rear shackles to level the truck out a bit more. I will crank the torsion bars some more as a last resort but I am looking to keep the COG as low as possible on this thing.

Enough blabbing, here are some pics. 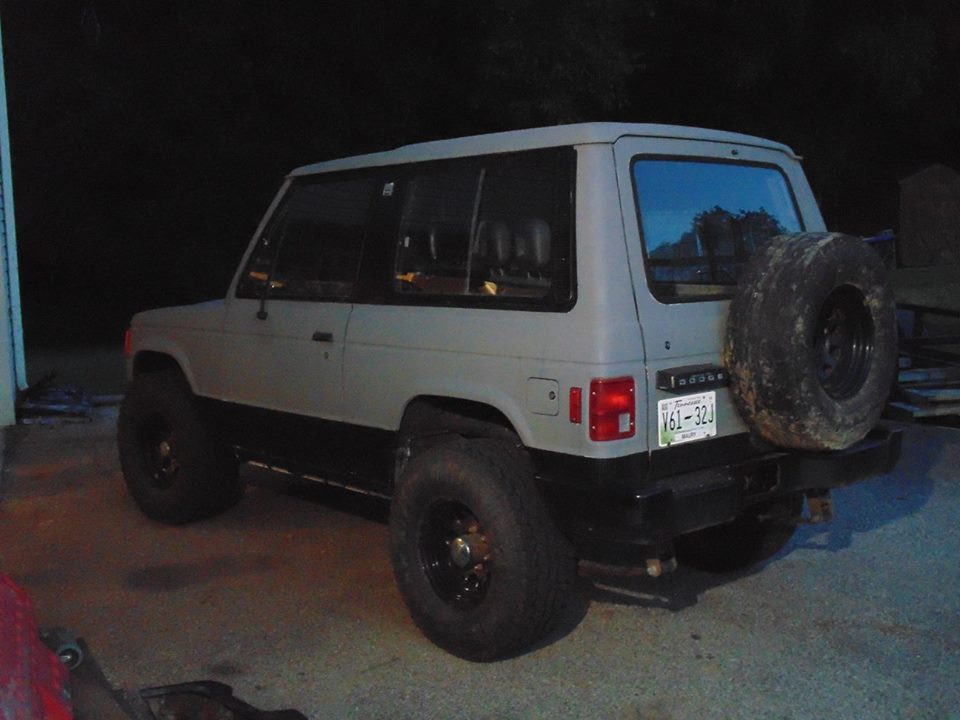 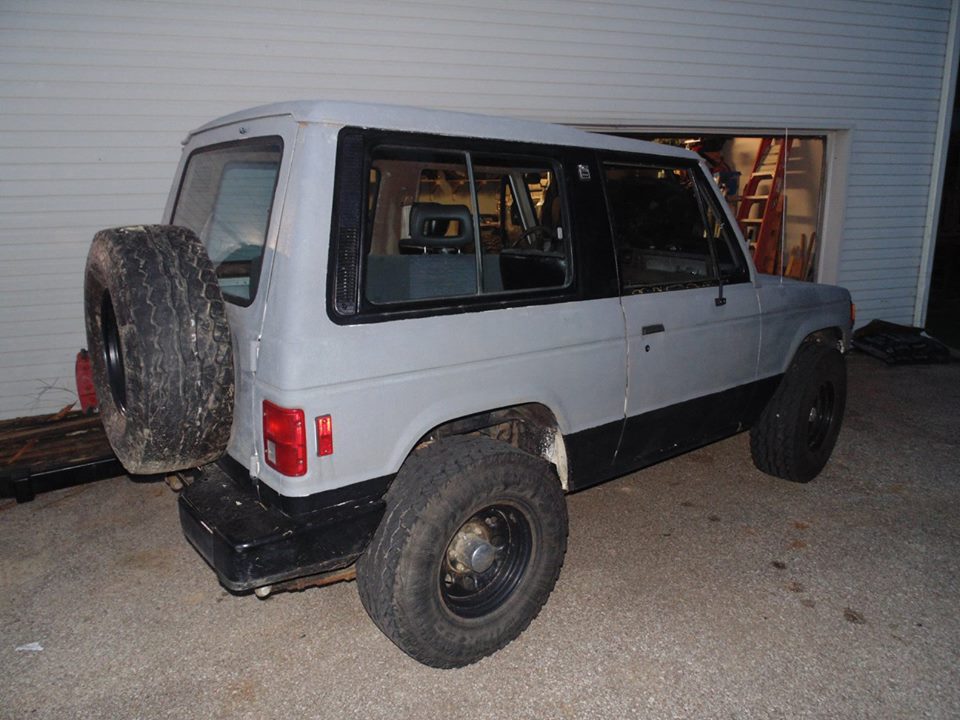 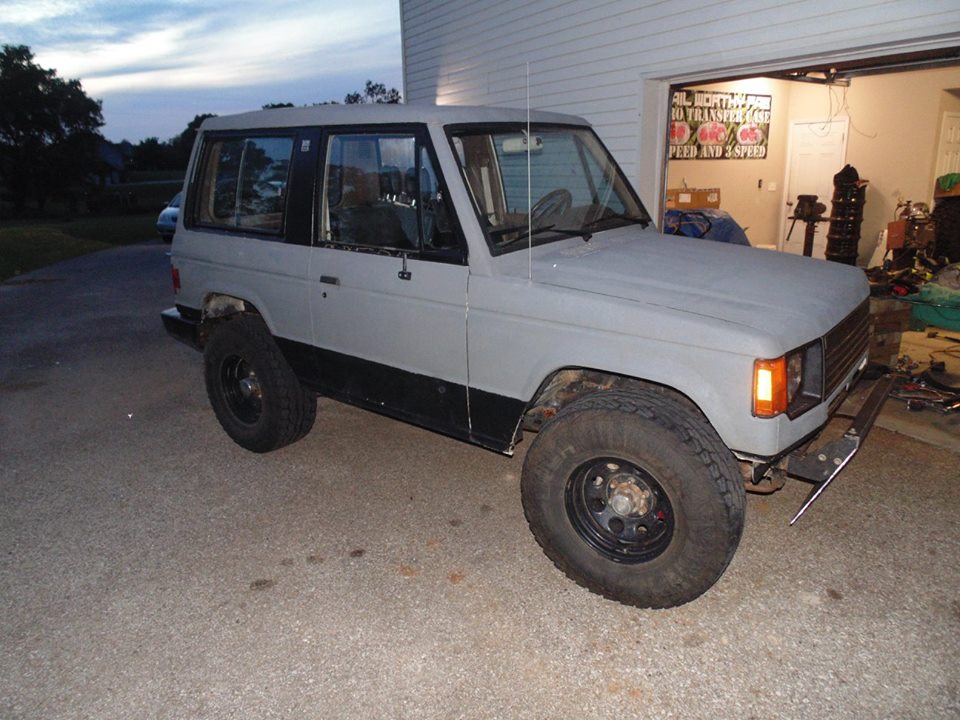 First project is building a custom winch bumper for the front. The factory front skid plate will still be retained with this design. 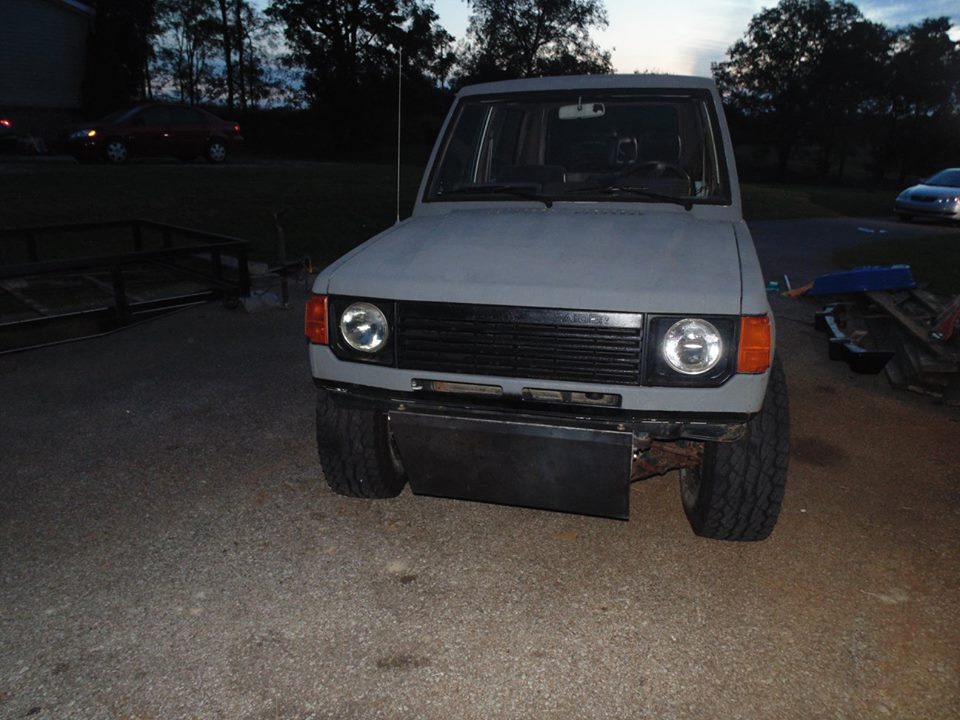 That plate will keep bending up to the frame to create the winch cradle. 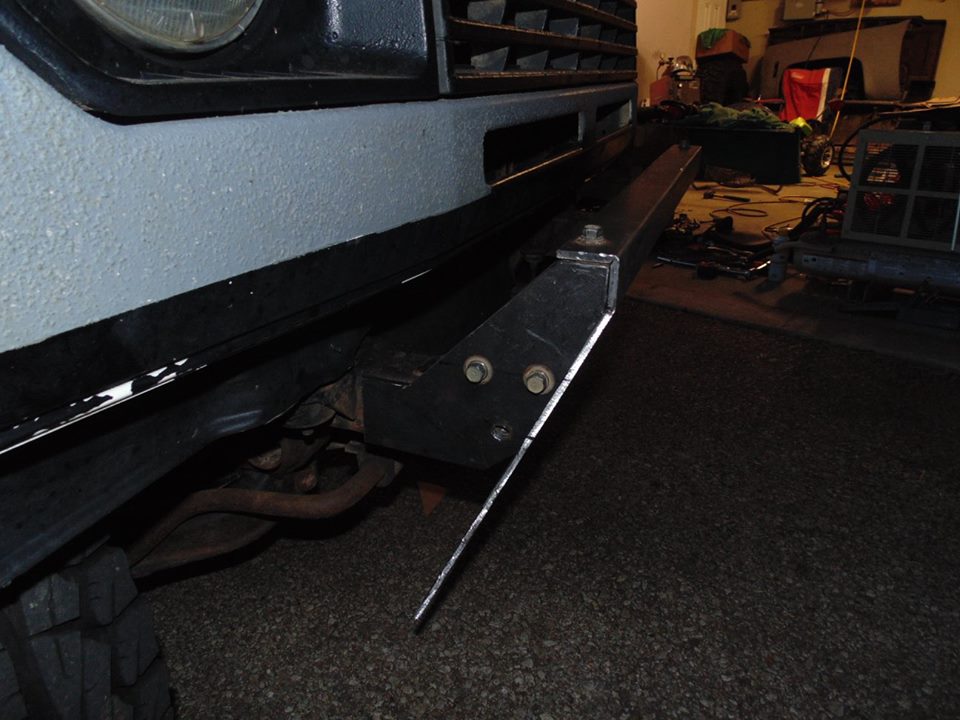 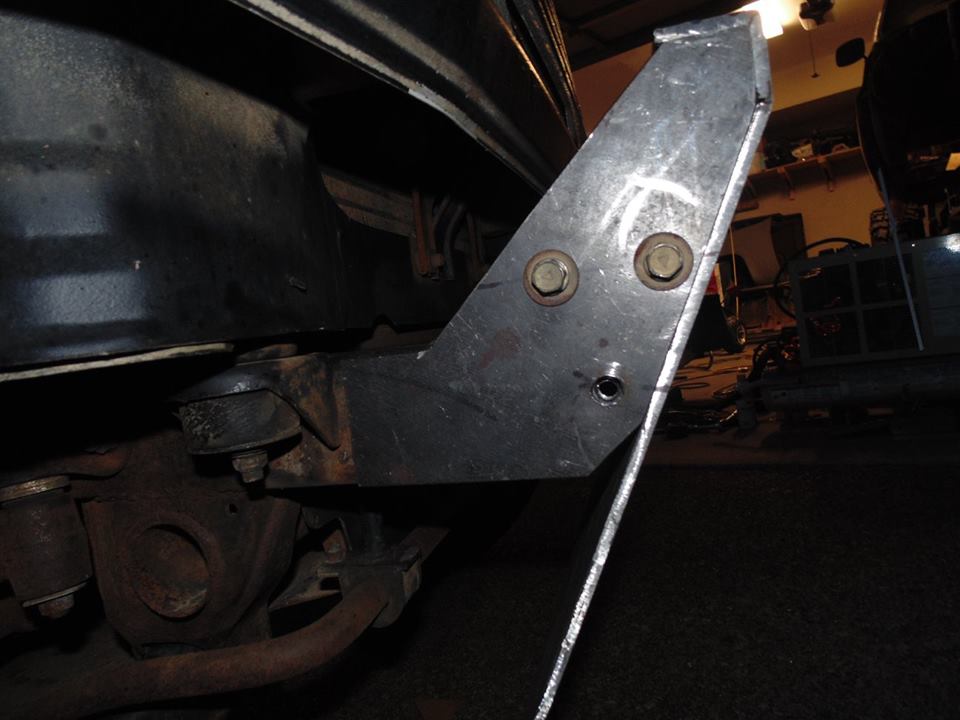 The main plate will follow this end plate as far as shape goes. 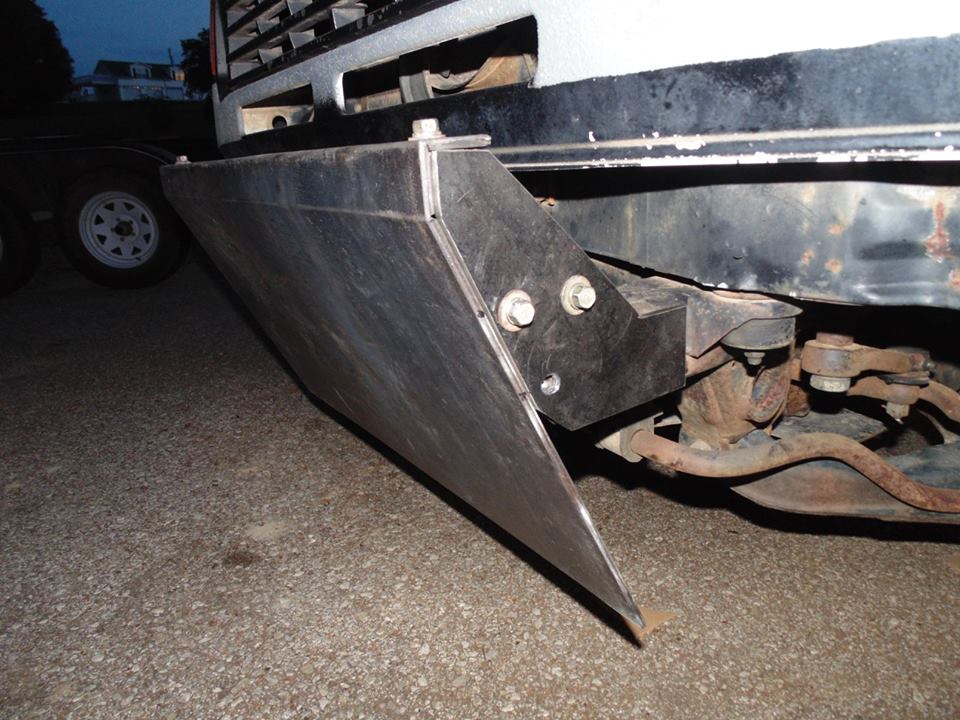 To form the bends in the main plate I am doing relief cuts on the back side and then using a combination of bench vise, 8 lb sledge, & brute strength of hands/feet. 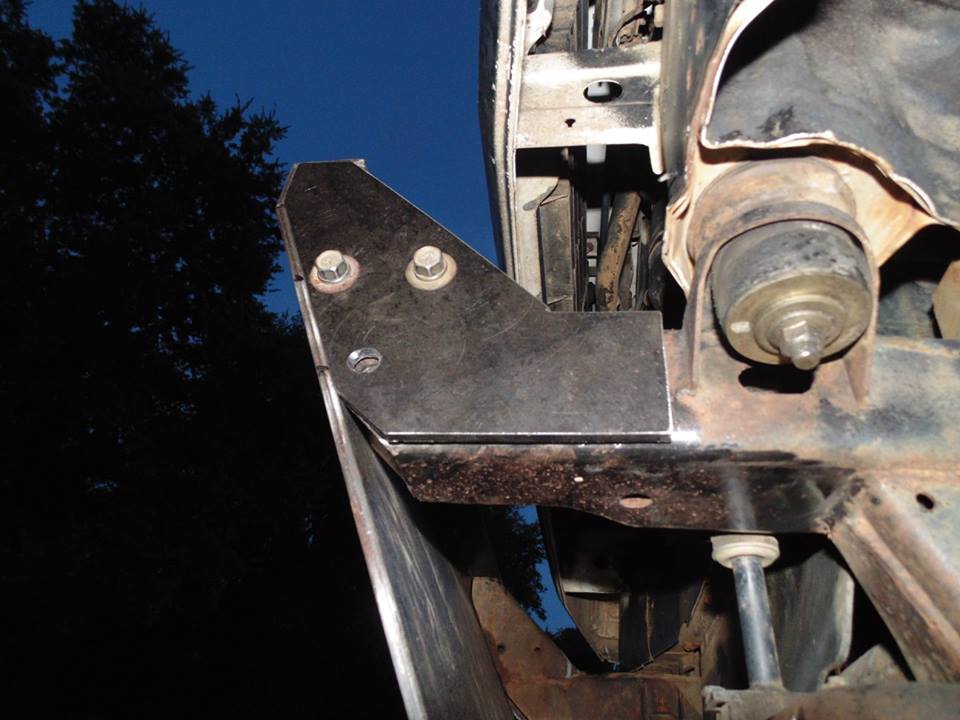 Been working on this since October 2013, hope to be driving it later this year. Everything is pretty much just initial mockup right now