As some of you might know I have been without a K5 for about the last 18 months or so. Trying to get my Crew Cab project going has been a little arduous at times. I don't want to compromise the build by rushing or 'half-assing' anything.

The flip side is I have a need to get out there and start doing some wheeling...I mean anything. Curbs at malls are looking fun right now.

So, I've been on the lookout for a very cheap and stock 4x4 of any brand or description. The emphasis was on cheap.

I found a few that had promise, but lets face it, in the price range I was looking at (under $1000) everything I found had problems. Eventually I figured I should probably stick to square body GM seeing as I have good knowledge of them, as well as a good selection of various parts lying around.

Today i went and looked at this: 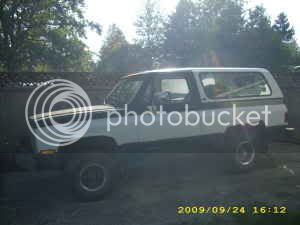 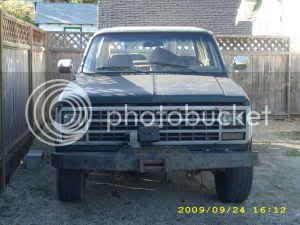 1990 Chevy Blazer, TBI 350, 700R-4, NP241, 10 bolts, ralley rims and half worn 31's. Ex government truck so it's pretty stripped down. Some rust, but nothing that scared me away from it. Tailpan was solid, floors were good. Rockers are done, mostly just the outers though. The front seat belt anchor area is gone on the passenger side. That was probably the worst of it.

It does have a few mech issues, and maybe you guys can help me figure out what I'm gonna be looking at.

It was a bit hard to start, the guy had to pump the gas a few times. Initial idle was rough, then cleared after a few seconds. Idle settled at about 1100 rpm. No smoke on start-up.

Service engine light is on. After running for 10 minutes the idle dropped all of a sudden and there was black smoke. The guy says his mechanic told him the coil was bad. When it died I felt the coil and it was very warm...much moreso than anything else on the intake. Once it died it would not re-start, even with the gas pedal all the way down to the floor. I thought it may have just flooded out. Apparently if it sits for a while and the coil cools down it re-starts and runs OK again.

The guy told me this is what's been happening. From cold it runs fine, then once it's been running a little while the coil overheats and it quits.

I have a complete 350 TBI from my Crew Cab here. Right now I'm thinking I'll bring the coil off that with me on Monday when I go to pick it up.

Does the coil thing sound plausible? If not is there anything else I should think to bring? Can I clear the trouble code(s) by unhooking th battery for a few minutes? 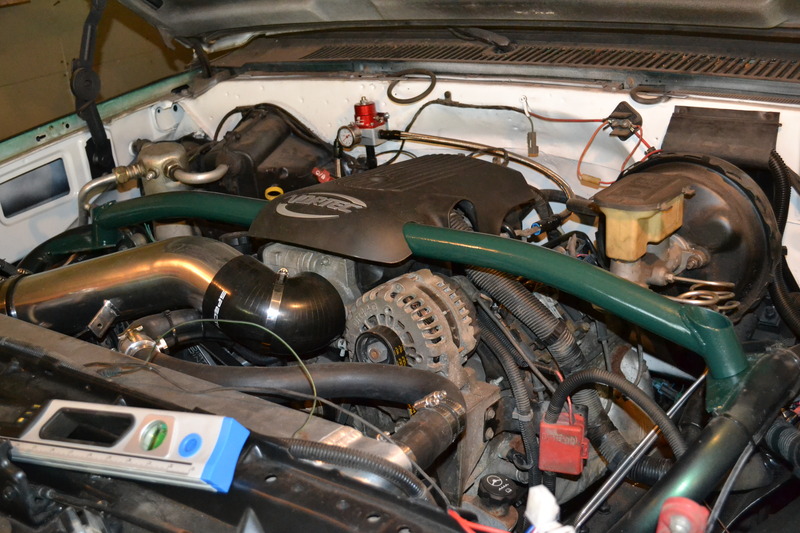