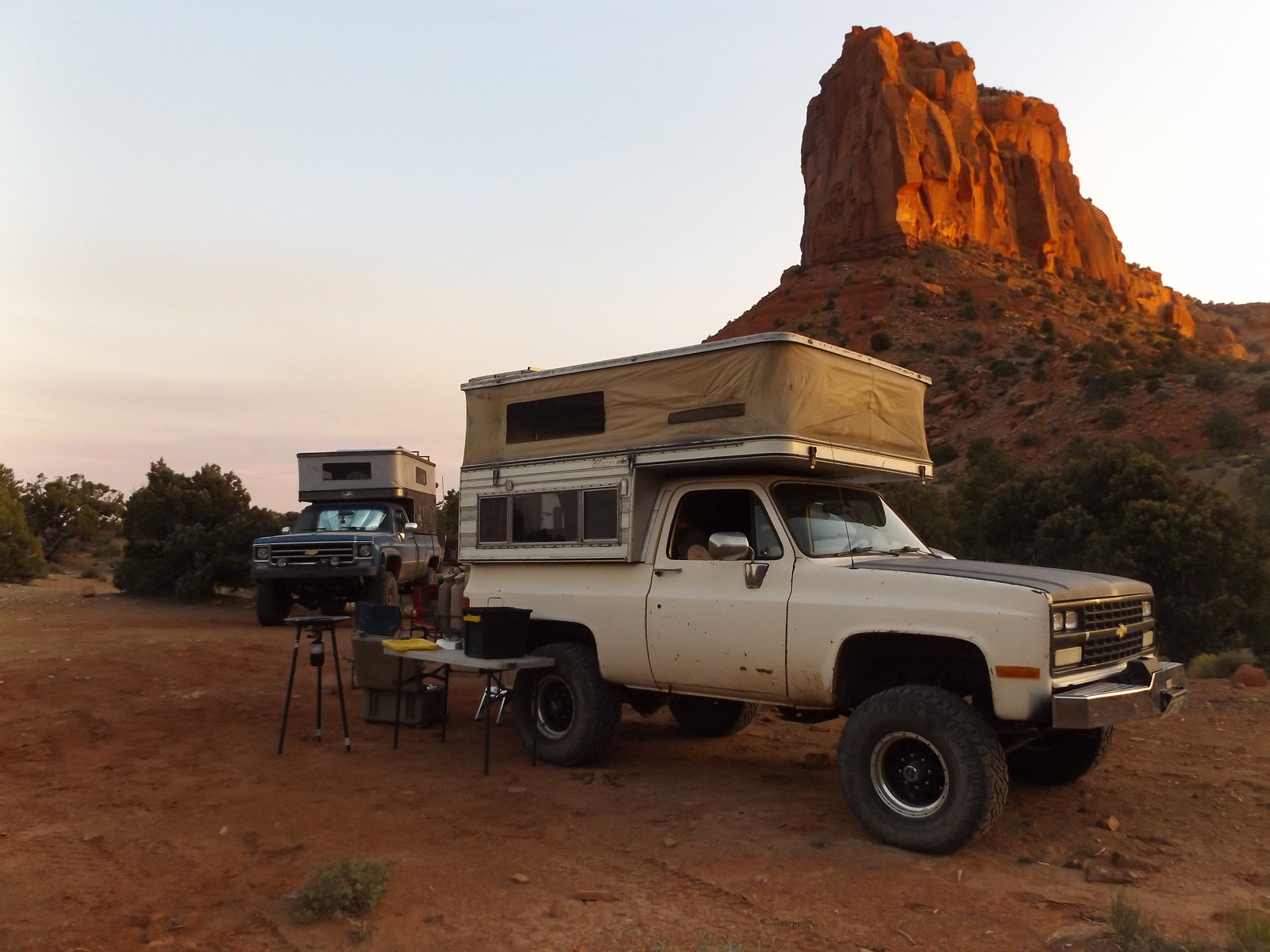 So I've been asked, err harassed to start a build thread on my 91 K5 here. I haven't hung out much here in a while, but maintained a lurker status checking up on my friend you all know as Larry (that nutty guy that put's 8.1 Big Blocks in all his stuff). 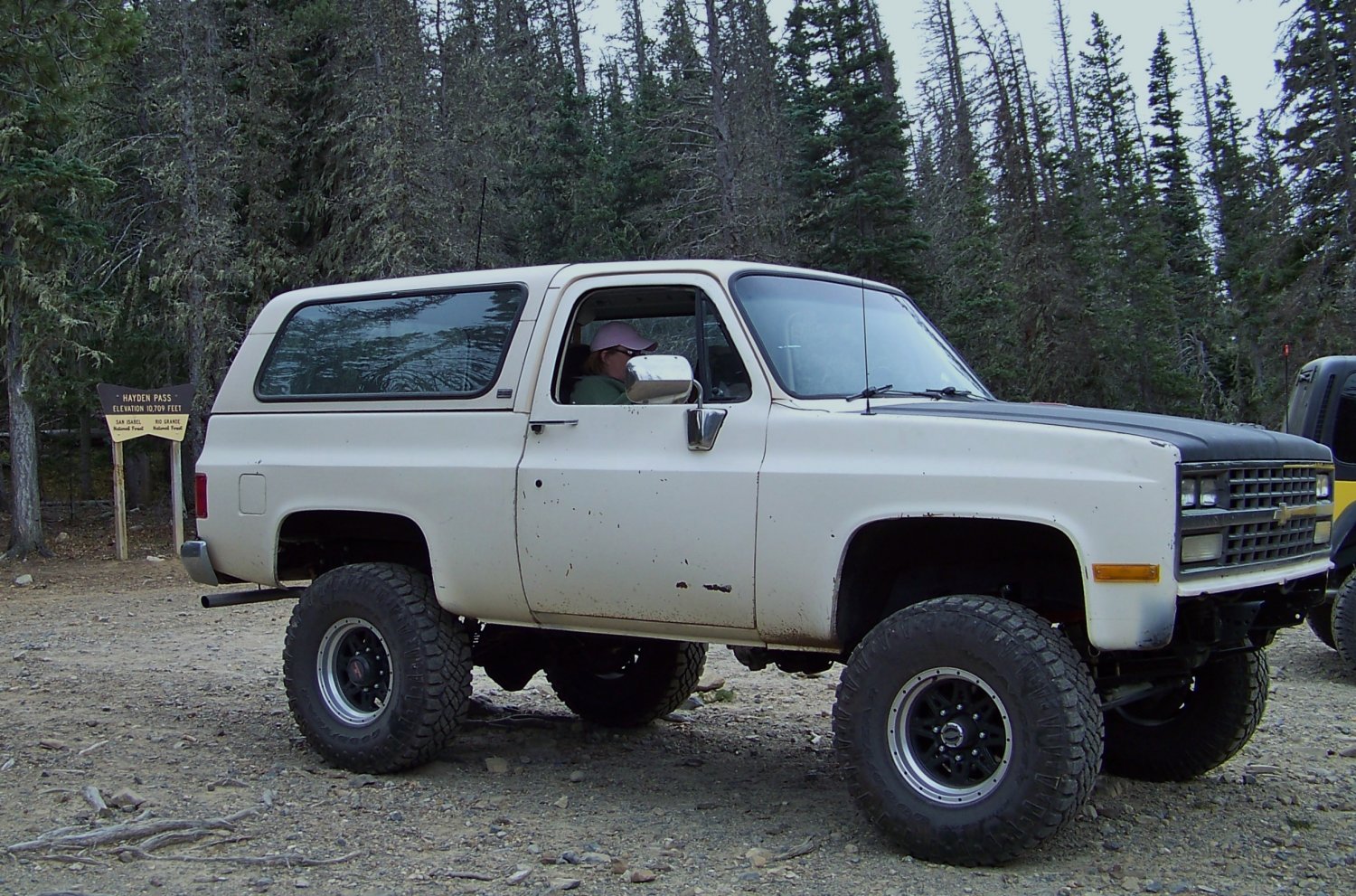 That was the original opening line to my build thread when I started it here a couple of years ago. Here's the best way I can describe what's going on in here. It's about the build of my 91 K5 (V1500 to be absolutely correct) Blazer. But it's a little more than that. It basically follows along with me and my college and co-worker buddy as we put this rig together. He and I have been causing trouble together for 20 odd years now. College was fun and then graduated a semester before he did. I went to GM in Detroit and Larry followed 6 months later. Not much off road stuff happened out there during our tour of duty in the motor city. I did help him perform an auto to manual swap on his K10 in his carport. We played the hotrod game in the summer when the weather was nice between my 69 Nova and his GMC.

Later on we both jumped ship from GM to head over to an upstart Chassis manufacturer Workhorse, him first then me later. By this point Larry had moved back to Colorado and I was getting ready to. This is where my first Blazer comes into the picture. We had a mutual buddy that had just picked up a 75 K5 and just sold it to some kid. Just about a week later the kid blew up the 350 and I'm buying sight unseen on Larry's suggestion. I was hooked on the first pic I saw of it. It was rusty and homely, but I'd always wanted one. Plus this one was CHEAP! I moved the family back to Colorado, bought a house and got settled in. We then swapped in a 350 from Larry's K10 since he had stuffed the first big block in it. We eventually lifted 4", added 35's and wheeled it whenever I could. It even served as my airport runner when I was traveling weekly.

Then the recession kicked into high gear. I got laid off from Workhorse/International. I took a job with one of my old dealers as a service advisor. 11 months later I took over the Service Manager position. The job is good, but it eats a ton of my free time since we are open Saturday mornings. Plans were to stuff a 5.3 Vortec into my 75 since I had picked up one for free that a customer of mine didn't want after a Crate engine install we did for him. Larry had bought the 91 during this time as a future project for himself. He graciously offered the 91 to me after being advised he needed to "thin the herd". The 91 was the exact opposite of my 75 in that it had zero rust short of a couple of surface spots on the floor. The body wasn't full of bondo and holes and it was already missing an engine. We could build it with the 5.3 an could keep driving the 75. A blown 12bolt rear end killed that plan when leaving for our annual new years day snow run. We parted the 75 out and sold the roof/doors/windsheild header to one guy, frame to another, kept the engine trans/t-case and scrapped the rusty tub for $68.

I would be at this point where the 91 build kicked into high gear. Larry offered up his time and space in his shop to get the build kicked off. I couldn't be there every moment he worked on it due to my work schedule and his tendency to burn the midnight oil after he got the wife and daughter off to bed. If it wasn't for his effort, this truck wouldn't be what it is. His attention to detail, his drive to make things look factory really shows though. I've said it before, but I can't thank him enough. He's inspired me to not short-cut or half ass stuff and keep the quality up as it saves later in upkeep and maintenance. Not to mention it just looks better. I've done my best to keep that state of mind as I've continued the build.

Follow along as this one just keeps trucking along. I've not hidden anything in this build. Mistakes are not edited out. I'm human, I've made big blunders and small ones and part of the process is just figuring a way to overcome my own stupidity. Don't be afraid to hit me up if you are curious or need info on what I used and why. Thanks for checking it out!