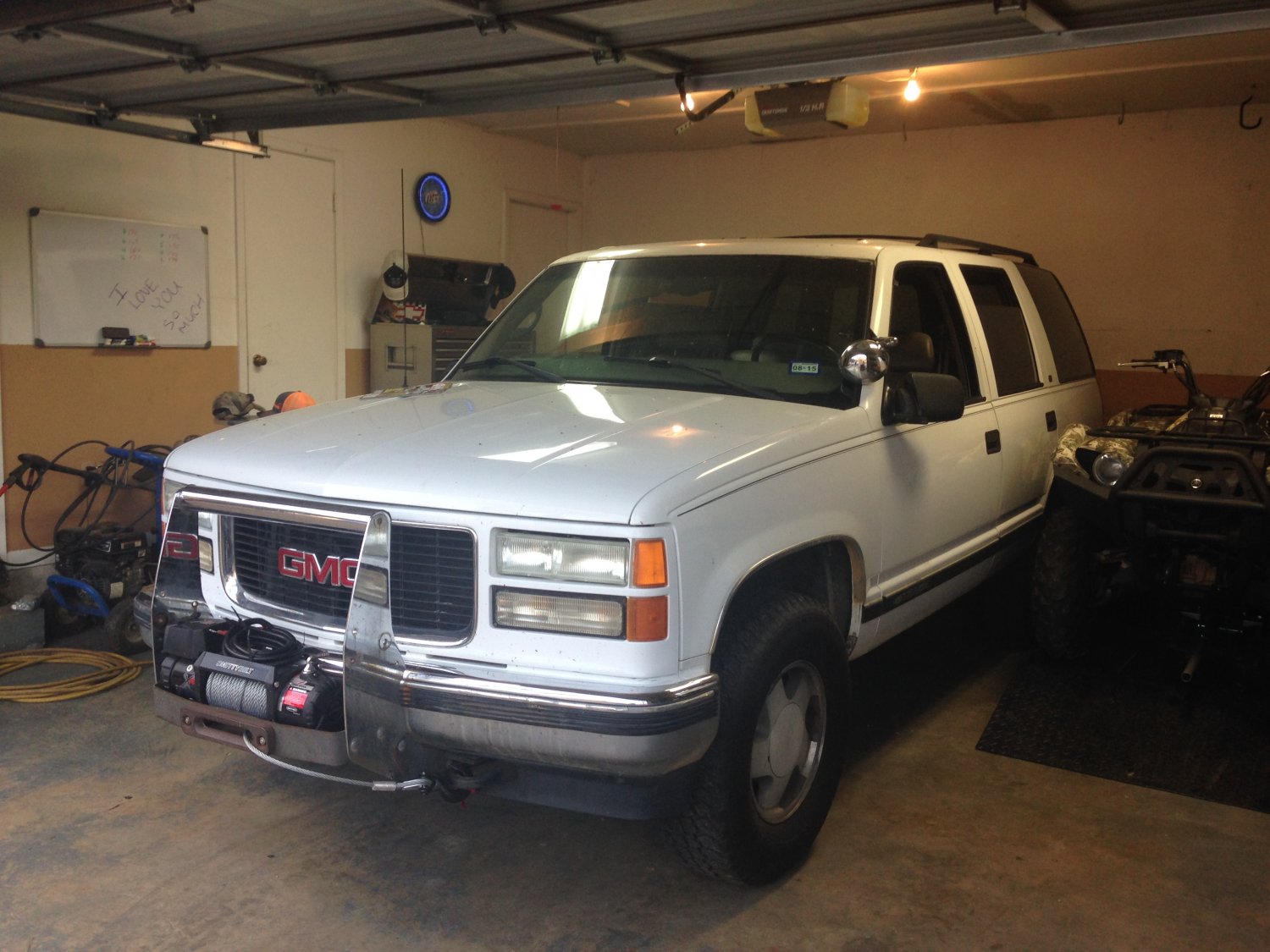 Well, after some recent persuasion from other members, I've decided to do this build thread for my current project. I'm new to posting on these forums, so bare with me.

Before I get into the details of the project and how its going, I would like to explain a little about my experience with a Chevy SAS conversion, and also the reason I've now looked up from the busy-every-day life to stop and take time to do this build.
I did this Dana 60, OffRoad Design SAS conversion back in 2012 on a 1996 Suburban with a 6.5 turbo diesel. My plan with it was to be a daily driver as well as a weekend wheeler. Ultimately, one day driving it the 1200 miles to Utah and hitting a few trails in the wheeling mecca of Moab. This would have been the project to have a build thread for!!! I learned a lot on this build, and for the most part it turned out great. I learned how to adjust for death wobble, deal with drive line angles, transfer case to transmission issues, and ultimately the engine NOT to use in my future projects. I drove it as a daily driver and did some wheeling with it. After having endless trouble out of the world famous 6.5 turbo 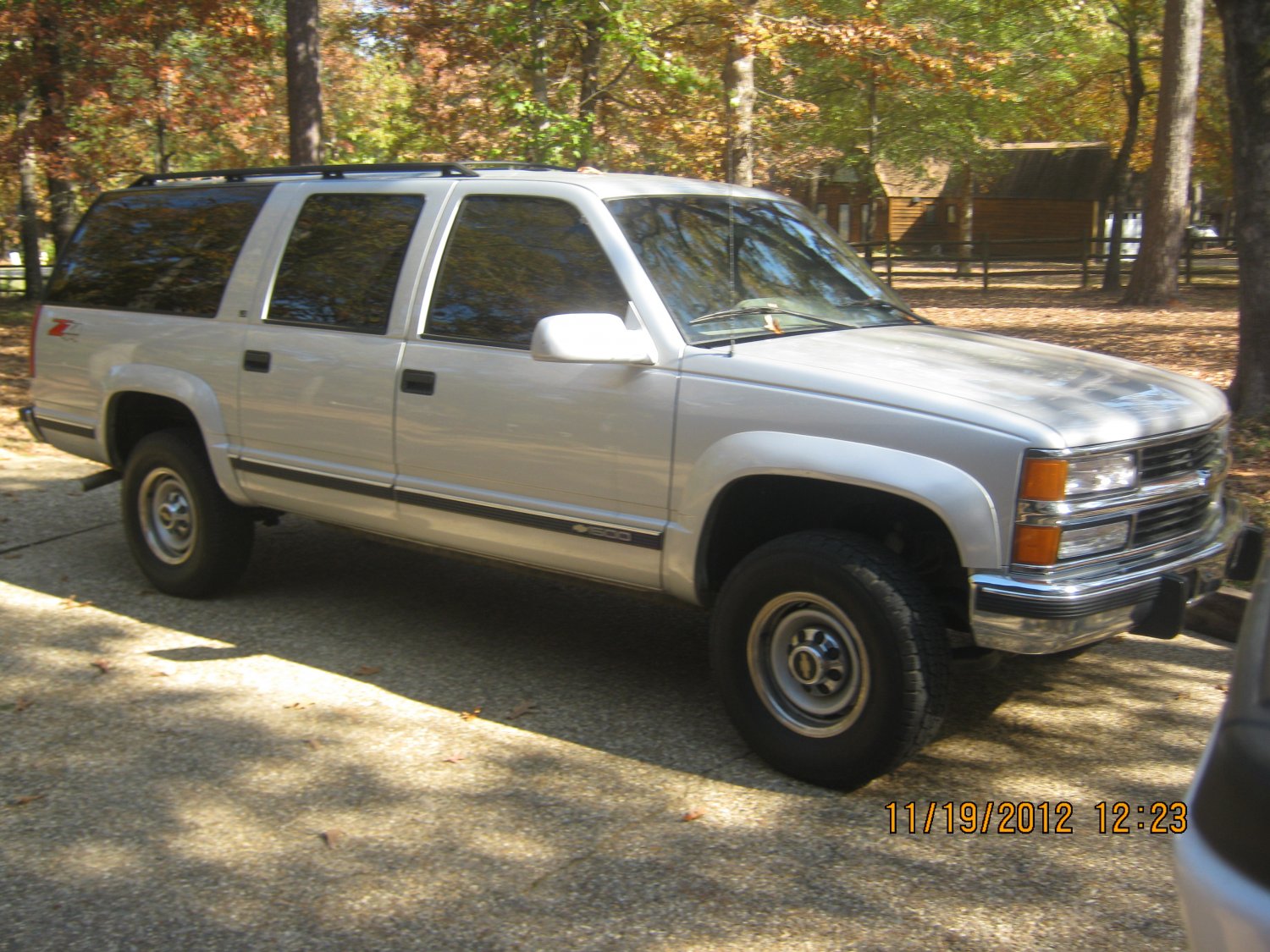 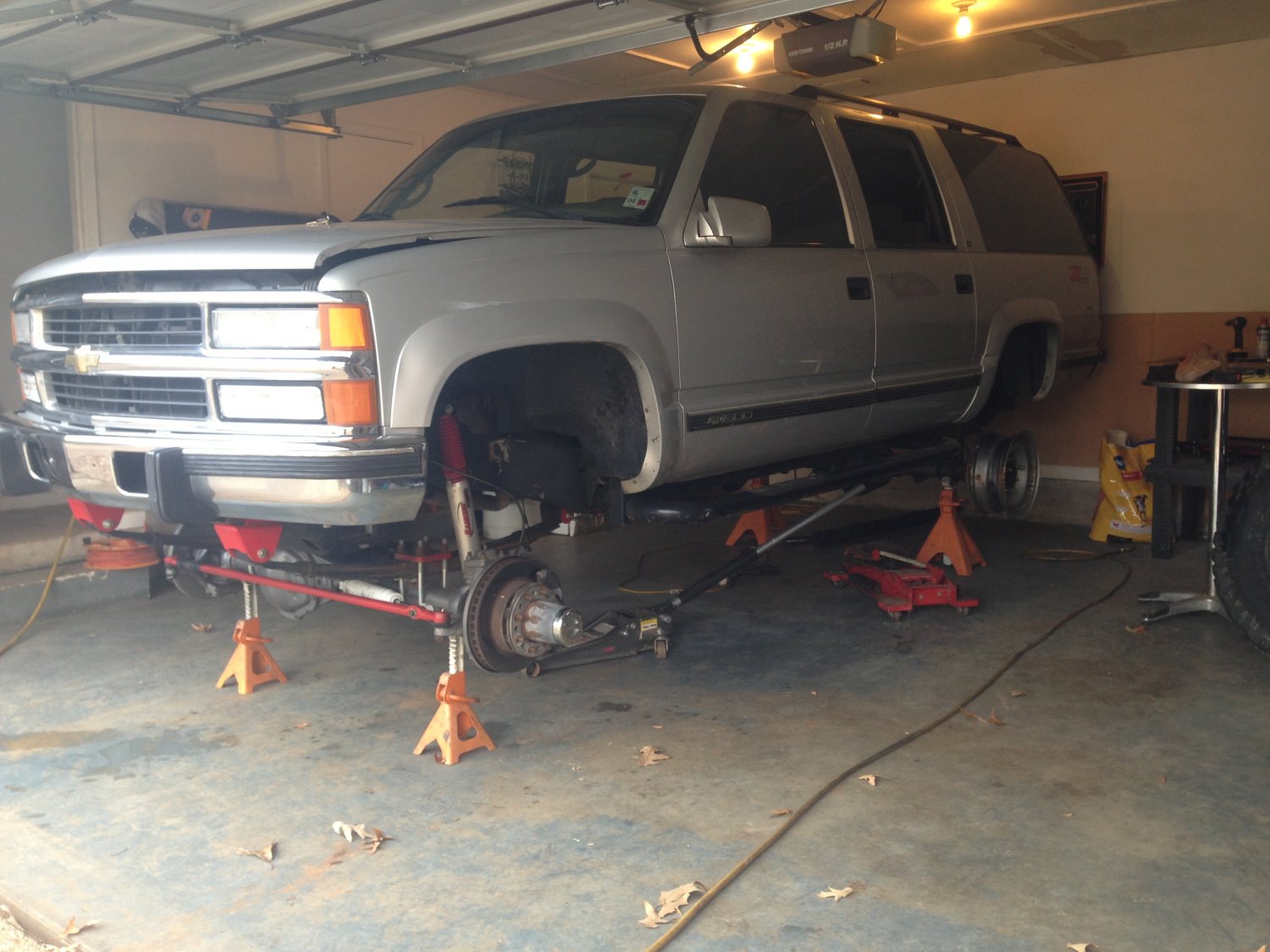 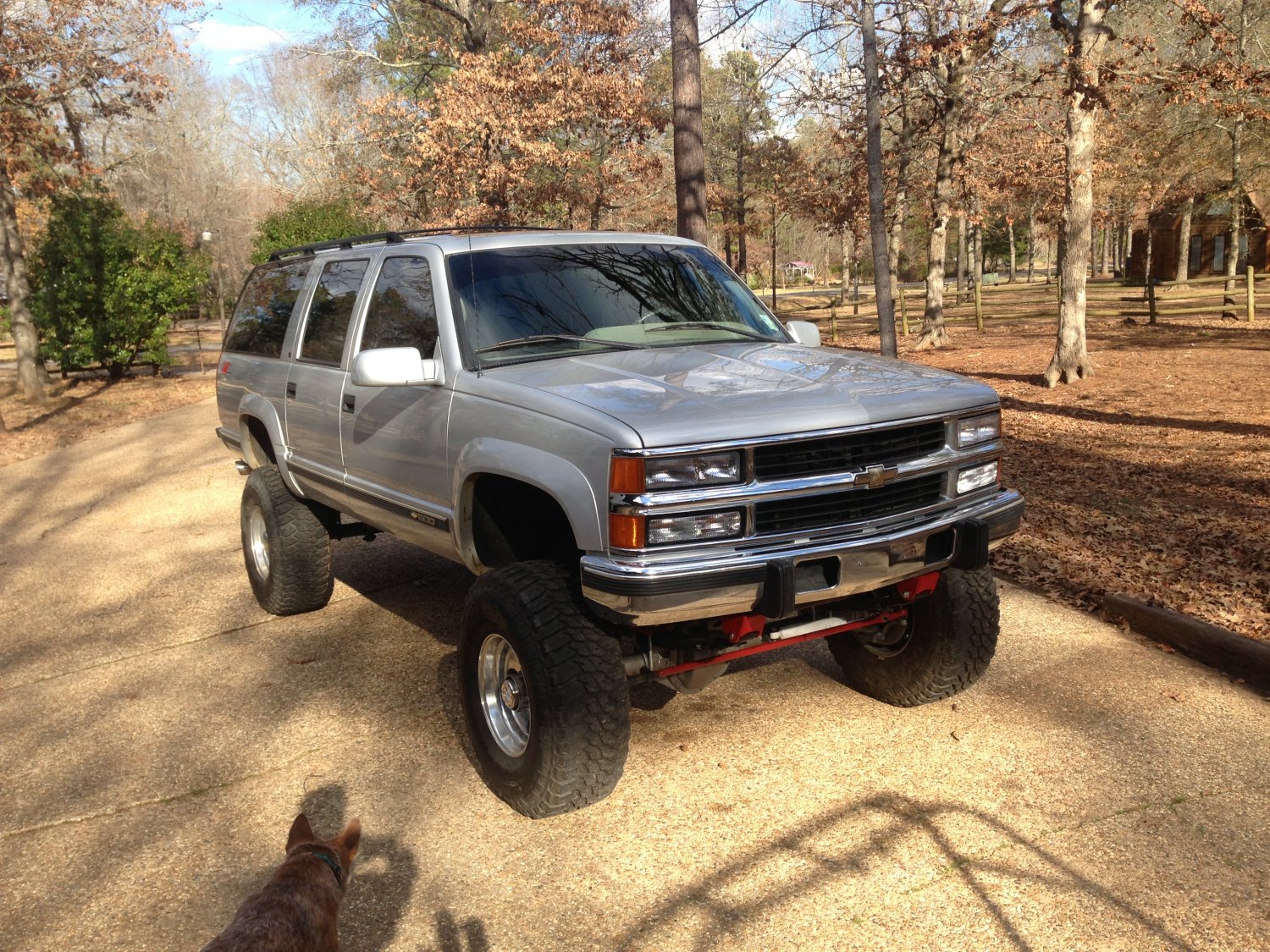 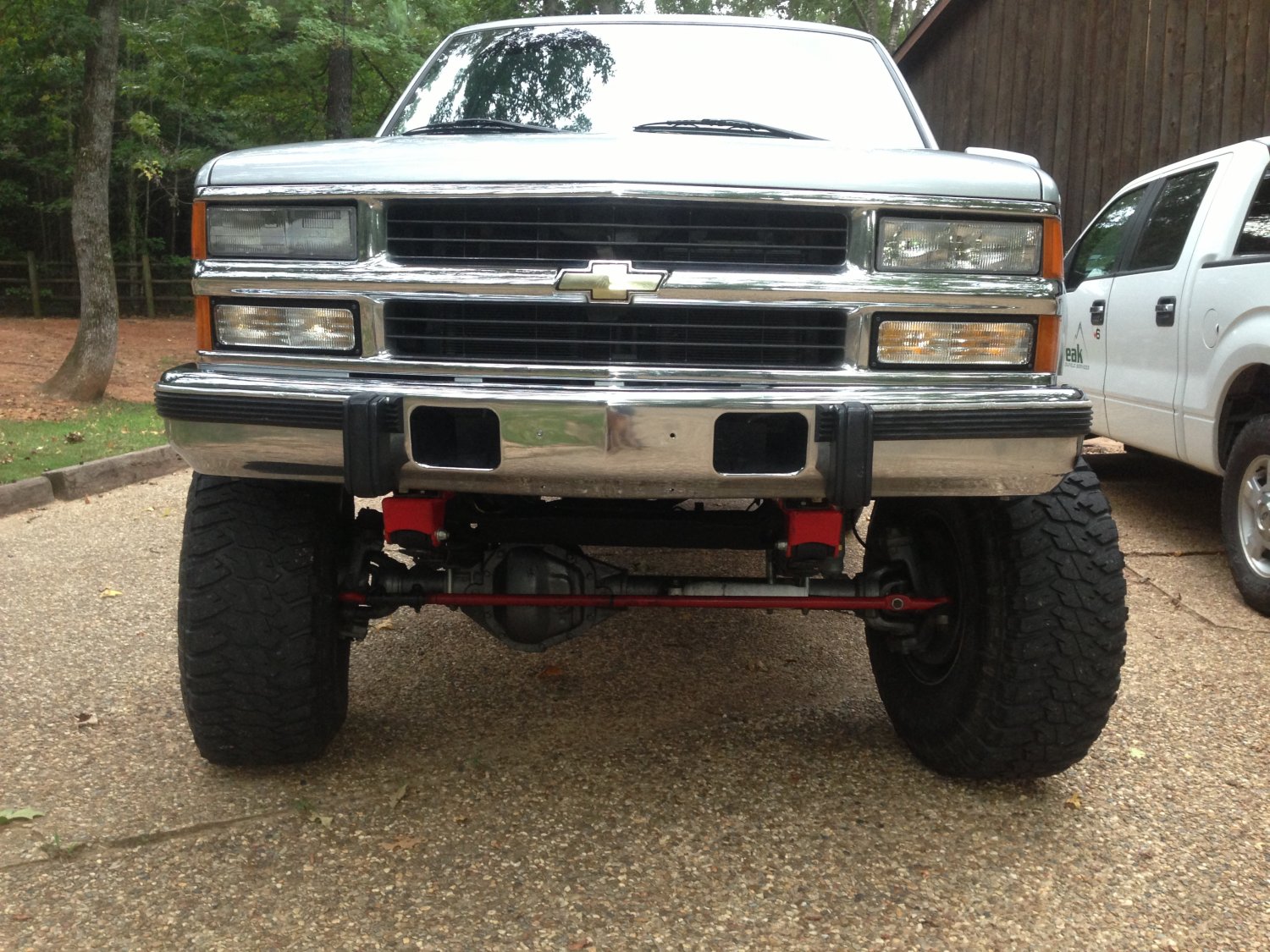 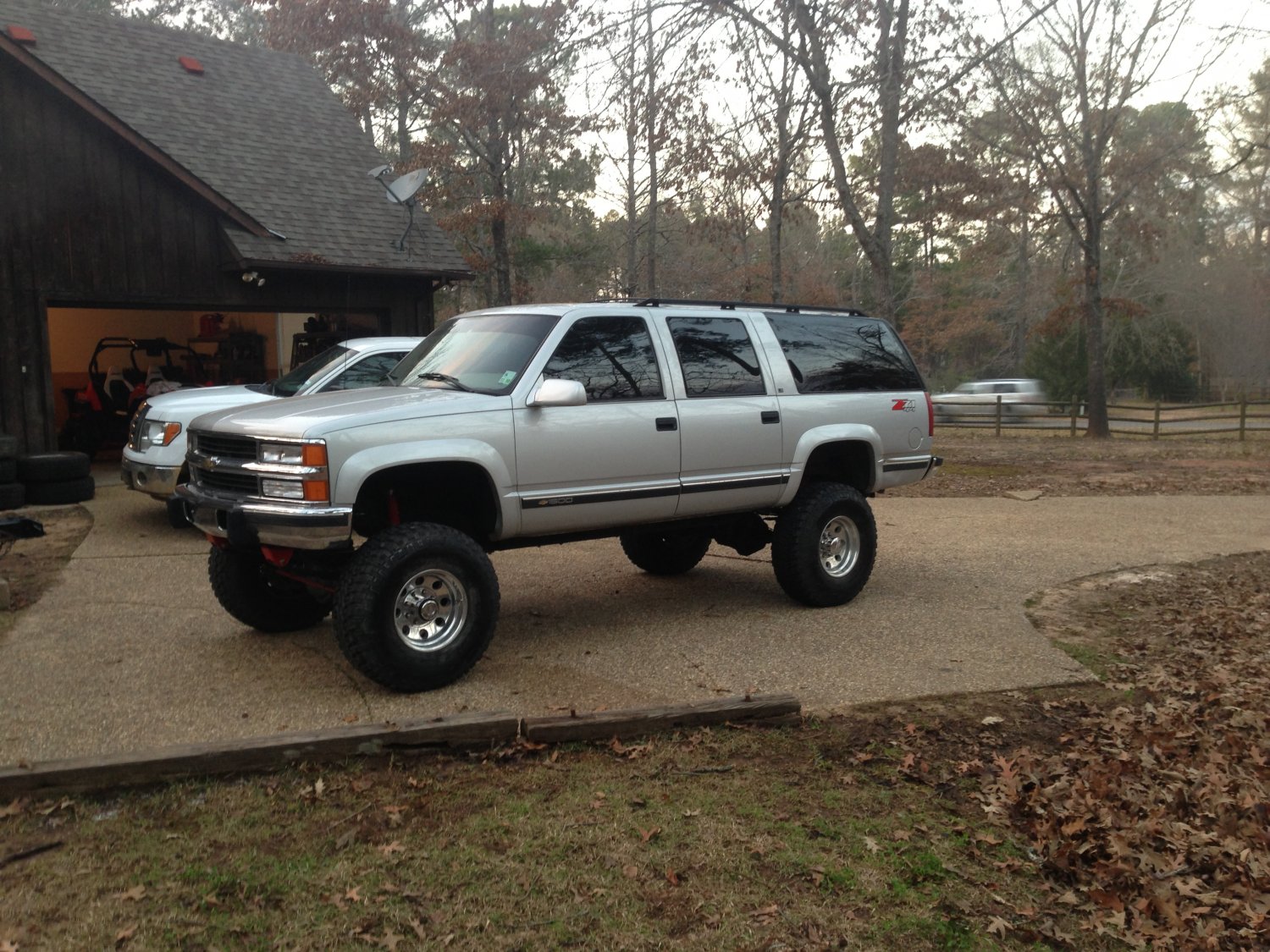 Now to the current project. I mentioned in another thread that I would be turning 40 this year. Realizing you only get to turn 40 once, I decided to take a trip to a place I always wanted to go. Moab. And do it in a vehicle that I put together. So when I discovered Blazer Bash was in September, the month of my birthday, THIS BUILD WAS HAPPENING!!
The goal for it is simple, make it dependable on the street. Enough to make it the 2400 mile round trip. And it needed to be solid and capable enough hit some moderate trails while in Moab (Dana 60 conversion). The suburban was a capable rig, but there was some things i didn't like (which is why it got sold). These issues would drive the direction of this next project. I didn't like the length of the suburban, but did like the SUV and 4 doors. So a Tahoe would be the platform. The ride height was too tall ( 7" of lift), so shooting for 4 to 5 on this one. And ultimately, the engine HAD to be dependable. That was no problem, since most Tahoes of the era came with the 5.7 , a motor that EVERYBODY knows how to work on and EVERY parts house has what's needed to keep them running.
I found this white '99 Tahoe last month though a friend of a friend and only paid $1600 for it. YES, it has a GMC grille. I guess the last owner changed it. I like it too! It came with the winch mount. I dropped the winch I had in it to see if it would bolt up. It did, so I may try to utilize it in the end. Anyway:

It has 160,000 on the clock. Running and driving with no issues other than the normal intake manifold leak. After a little time under the hood, she's running pretty damn close to perfect! Now it's time to start cutting!