Now that I have somewhat of a direction of this build I guess it's time to start a build thread.

A little back story. A few years back I was recently divorced, wasn't, and still don't, get much help from my kids mom and I have full custody. I needed some cash for Christmas so my 76 K5 had to go. Wasn't an easy choice but it had to happen. A few months later my Uncle heard I'd sold it and called asking if I'd be interested in my grandpas old truck....HELL YES! Kids and I grabbed the trailer and headed to Oregon. The only payment was a promise to never sell it. I remember seeing this truck parked under a carport at my grandparents farm but never saw it drive, typical farm truck used to go hunting and odd jobs on the property it got parked when newer vehicles were bought and it kinda got forgotten. After a good weekend with family we drug it on the trailer with a tractor and we were on our way.

Got it home and started the initial inspection. It hadn't been ran or registered since 2004 but I wanted to see if it ran. Flushed the fluids, added some fresh gas and a battery and it ran. My parents showed up shortly after, my Mom got in the drivers seat, I could see the emotion on her face. I told her to fire it up, her eyes filled with tears. I knew at that point that this was going to be a special truck.

With only 69K miles I initially planned on just cleaning it up and running it until the motor gave out and more funds became available. It was in completely stock form other than a power steering upgrade from the manual steering. Initial build would include All new accessories, intake carb HEI upgrade, interior cleanup with carpet, door panels, new dash, 4" lift 35's, and replace the brakes. Every time I'd work on it and knock dust off I'd smell the farm and something just didn't feel right. I wasn't excited about the completion. I didn't feel like I was doing the truck justice by just "getting it running".

Fast forward to this summer. Eric came down to help me setup the gears in my JK so I had something to take to BB17. He suggested an LS swap. My son helped Eric with the gears while I worked, he just turned 15 so he'll be a big help with this build. After attending BB17 the fire was sparked and I have a better build plan in mind.

My son helped Eric with the gears while I worked, he just turned 15 so he'll be a big help with this build. So here goes, current plan is to swap in an 8.1. Got pretty lucky and found one at a pick and pull. It came out of a 2001 and I got it with all the accessories for under $400. We started the tear down this weekend. Havent made a ton of progress but got the drivelines pulled. Transfercase is out and is soaking in the parts washer. Hope to have the old motor and transmission out this week. Truck needs A LOT of clean up. We're literally pulling gunk off in handfuls. The body is solid and is rust free but seeing as how this truck never left the farm I doubt its ever seen a car wash. New crossmember with comp motor mounts are on order from ORD along with a weld in steering box brace. They should be here about the time we get the old motor and trans out. Then we can clean up the engine bay and get them mounted when it empty. Trans and tcase will both get new bearings and seals, new clutch, and the drive lines will get rebuilt. Then we can concentrate on the 8.1 swap. 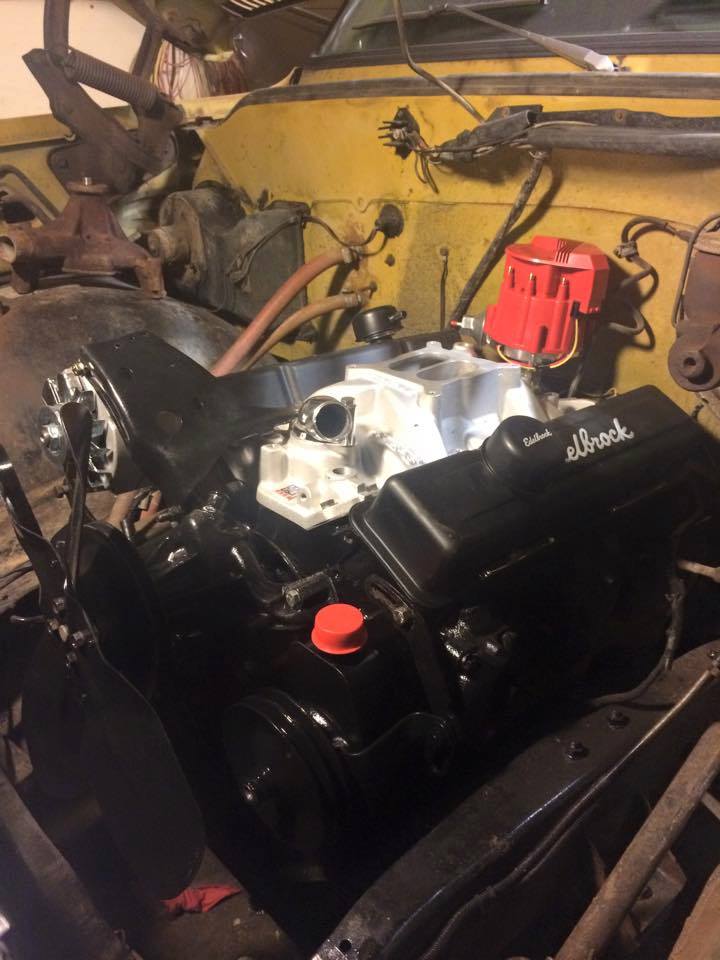 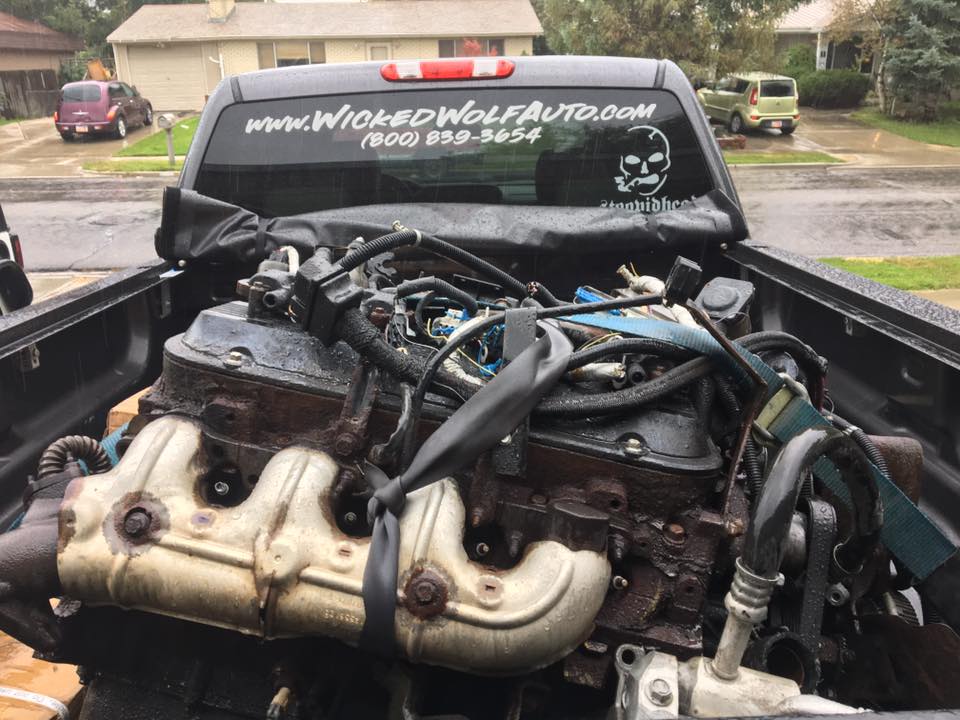 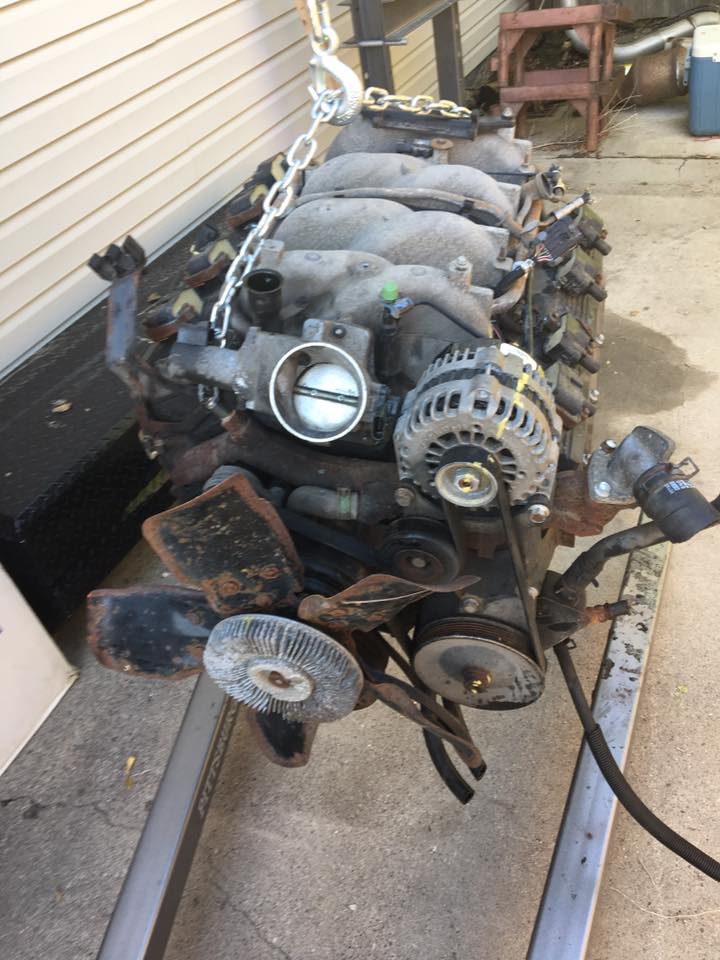 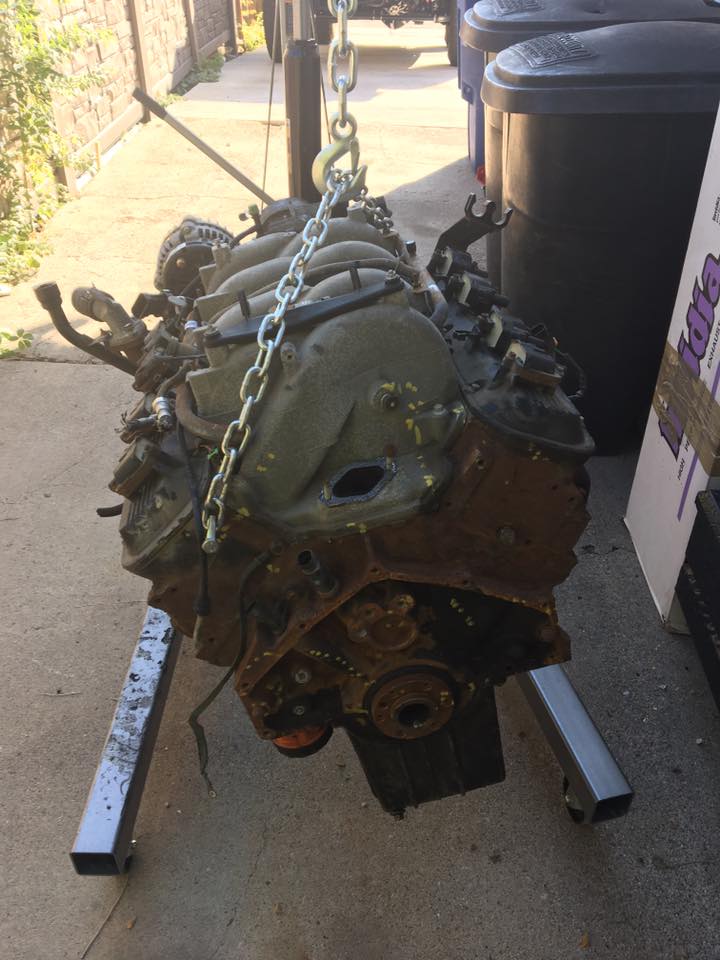 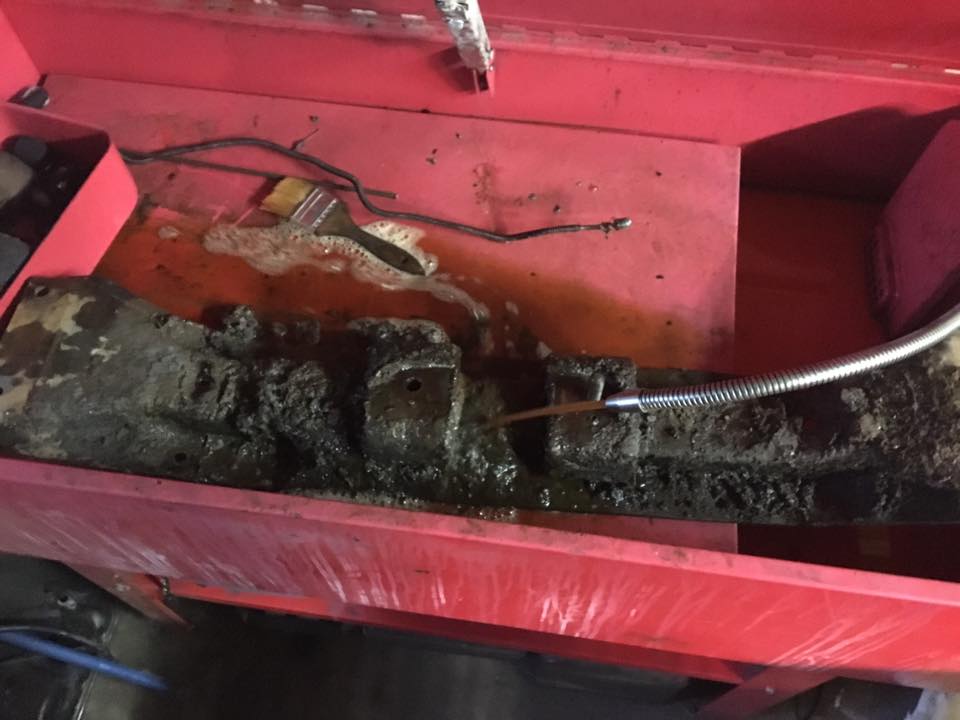 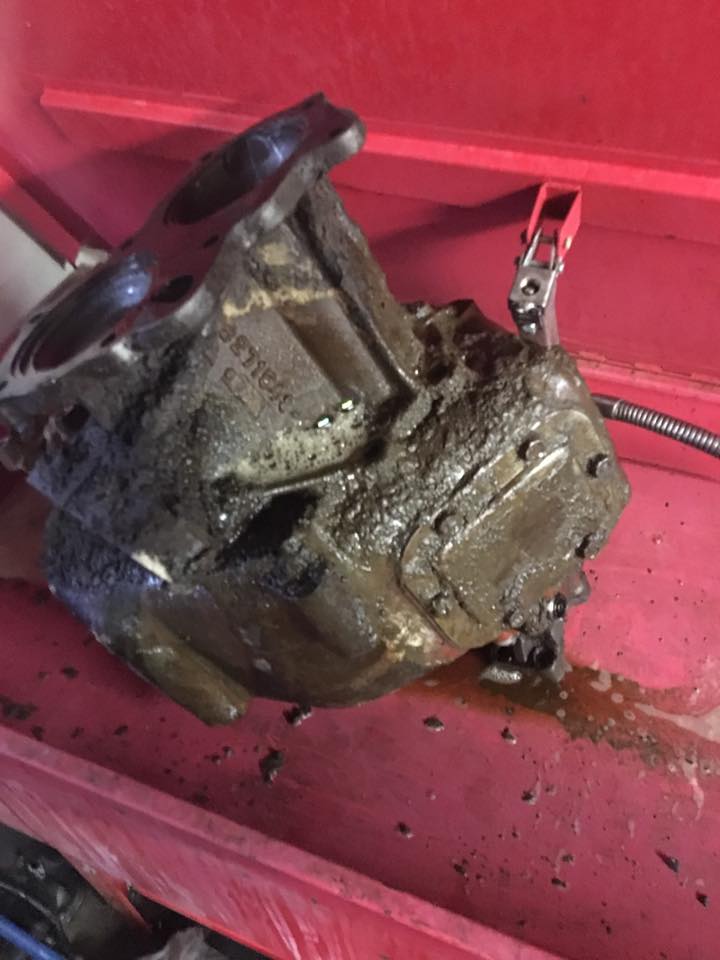 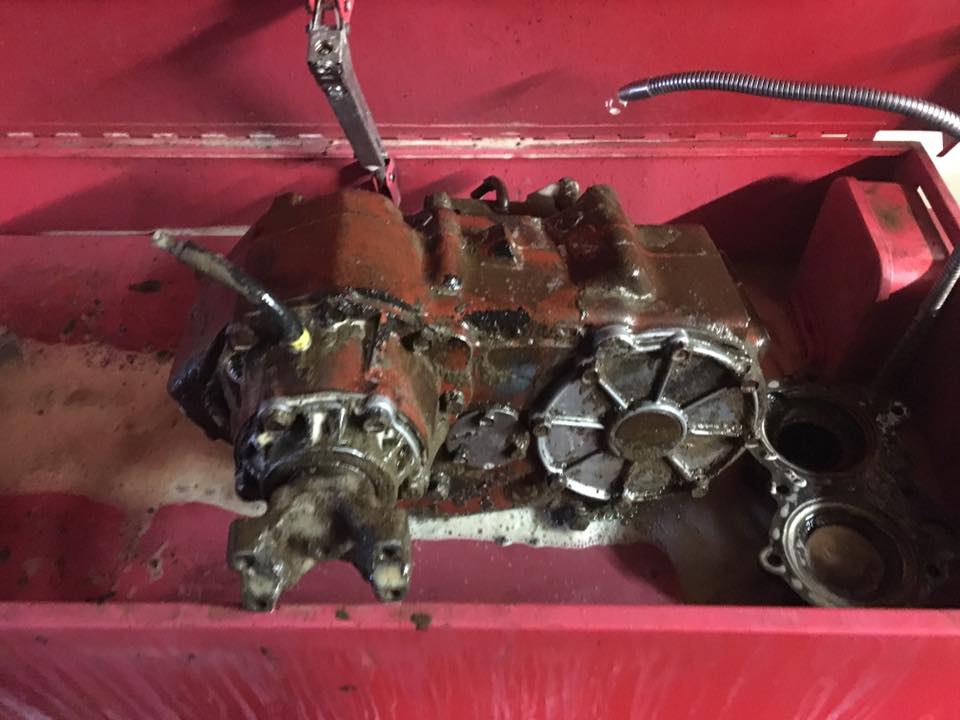 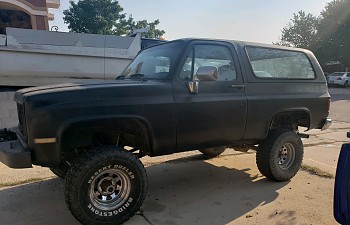 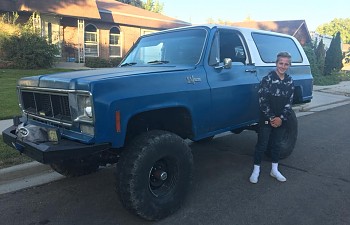