Well, since nowadays you’re not cool unless you have a build thread, I figured I should do a build thread on my tow rig “Big White”. 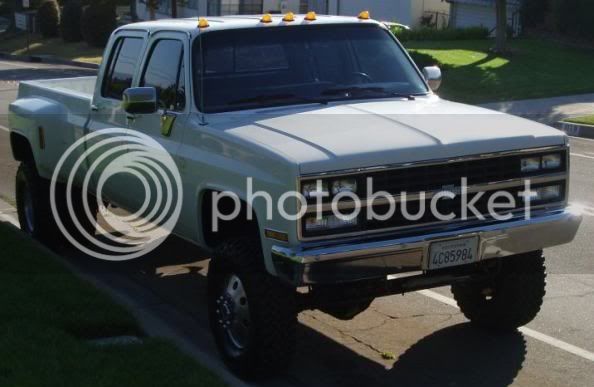 Big White, as my truck is affectionately called, is a 1990 Chevrolet V3500 crew cab dually. It’s a Silverado model, so it’s fairly high on the options. And, I bought it in late 2005 with only a bit over 60K miles. All in all it’s a good starting point for any project.

HISTORY:
I’ve been looking for one of these trucks (crew cab, 4wd, dually) no kidding since 1996. I got married to my first wife in 1997 and she was totally against getting "one of those old trucks" or really any vehicle older than 3 or 4 years old (even though she enjoyed riding around in my 68 GTO convertible). I continued to look until we got divorced in 2003.
In 2003, a buddy and I drove from Sumter, SC to north of Boston (over 14 hours) to look at a truck. I turned it down due to the excessive amount of rust and drove 14 hours back home empty handed. Here's a pic of that piece... 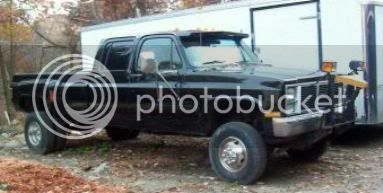 During my search, I've looked at a bunch of these trucks. As those of you who have looked for a crew cab, 4wd, dually know, they're fairly hard to come by. And, even harder to come by are the ones that weren't used and abused as a work truck during it's life. I've kept this picture of one that I looked at in Missouri and seriously considered purchasing around 2001 or 2002. This one was beat to hell and he wanted around $4K if memory serves me right. 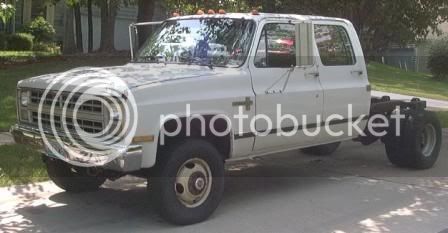 In 2005, as I finished pilot training, I came across “Big White”. My fiancé knew I’ve been looking for one of these trucks for a long while. I even came across an old truck trader from 2001 that I bought to inquire about one of these trucks when cleaning out the house. She told me right then and there that I needed to get “Big White”! I still have that old truck trader...(see the top right 91 GMC? It's a four speed too. They wanted $16K back in 2001!) 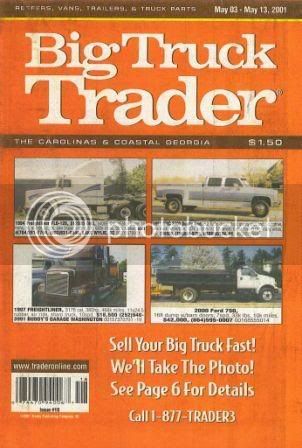 GOAL:
Make this truck into the ultimate towrig. What does that mean? I’m not sure. I think “ultimate towrig” is in the eye of the beholder. The modifications that I’m planning will increase capability exponentially; however will take away what little practicality this truck had to begin with. Excess is the American way after all.

ASSESSMENT:
I’m currently in the “gathering parts stage”. I’m deploying shortly and will have to put a hold on the project for a few months until I return, but I’ve got parts of an engine and transmission.

Why a Detroit, you ask?

I've thought about doing a 6.5L turbo, a Cummins, a Duramax, and even some others that I'd be laughed at for mentioning. The 4-71 will definitely be different.
Listen to this!
It’s the smaller 4-53 too. 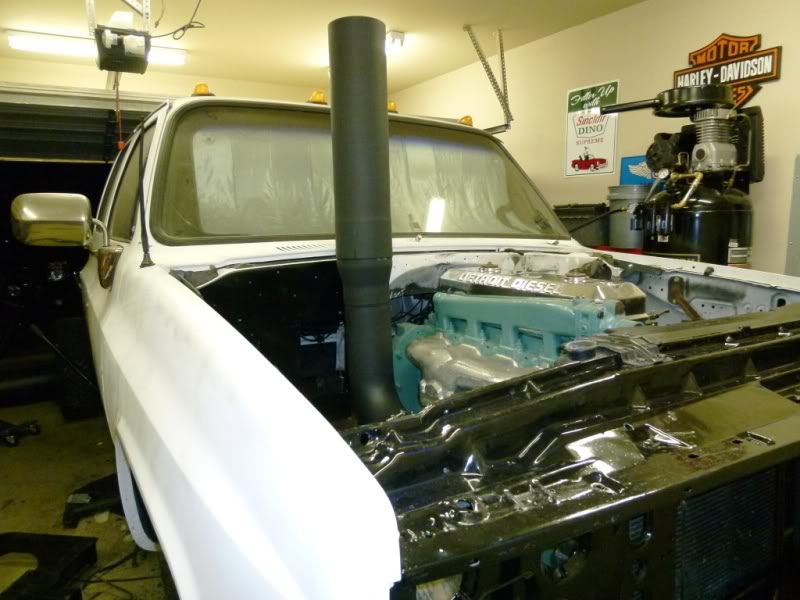