Well I have severely lacked in getting this going and really need to keep track of progress and have something I can look back on. In the process of starting this i realized I lost my pictures of when I first picked this thing up and it's really bumming me out. But anyways here goes it...

I have always wanted a K5 Blazer and when I moved out I got the itch and bought one out of Farmington, MN. After a 11hr round trip and $1800 bucks later I had my own 1986 K5 Blazer from Arizona. This is my second one but we wont mention the first one, lets just say it taught me what to look for haha. The oldest picture I have of him (yes it's a guy) is from July 18th, 2014 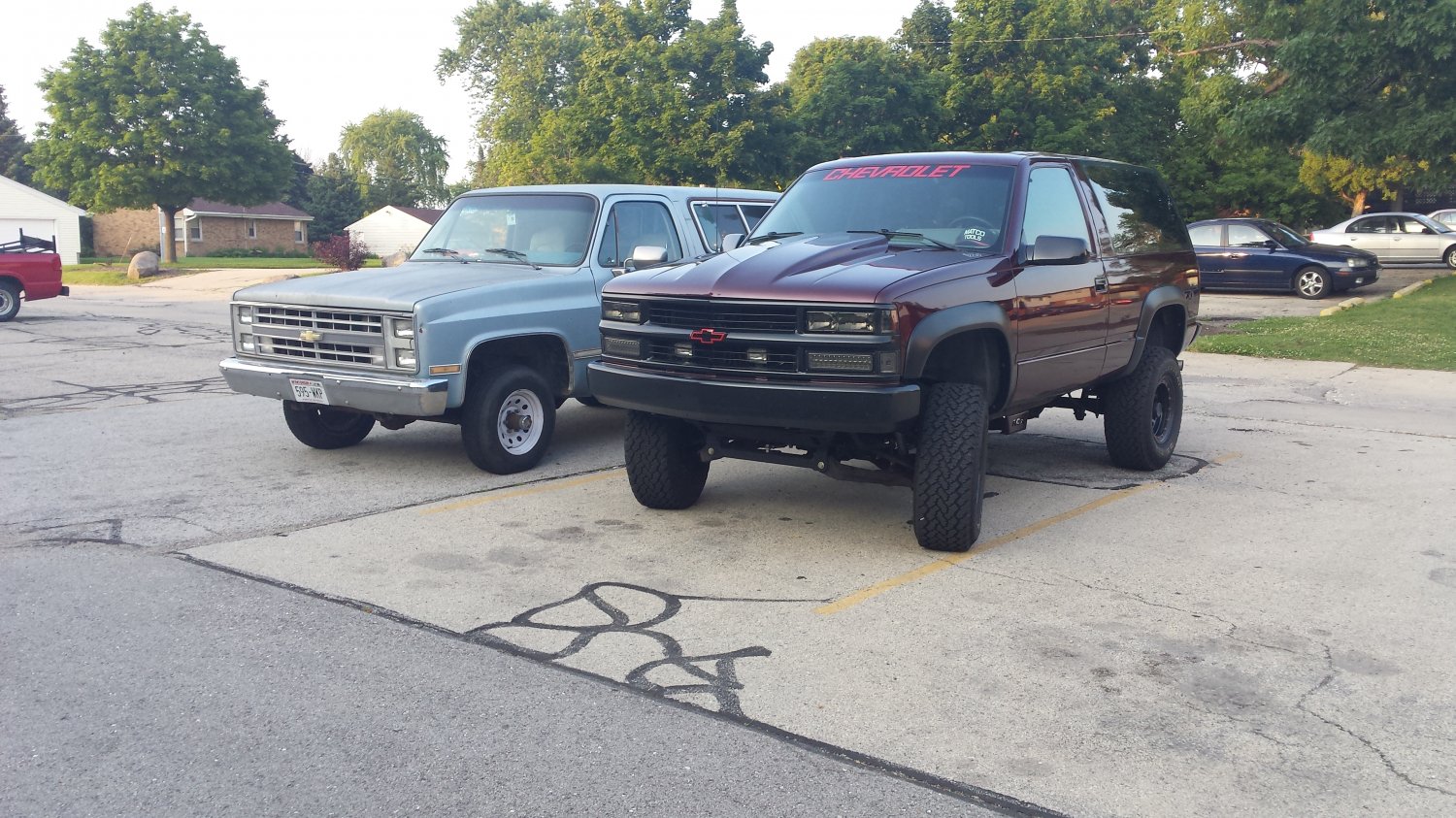 So there bandit is next to my 94 blazer. I changed the fluids after I towed it home, put a battery in it and fixed a few connections/hoses. She ran great after that even though I was a little skeptical driving so far for a rig I didn't have a lot of info on. Worst thing I did then was take off the emissions equipment which in turn started me down the road I'm on now. It ran so crappy after that and being a farm truck it was kinda patched together all under the hood it was hard to make out what was wrong. Anyways a new intake from a coworker, plugs and wires, a rebuilt hei distributor and a old rebuilt carb and she was actually driveable! I drove bandit like this for awhile and enjoyed it until the number cylinder started hydrolocking with coolant. I put some block seal in it which stopped it but I knew that was only temporary whether it was a head gasket or cracked block or warped intake I will never know. The turbo 400 wasn't shifting great and I already had to rebuild the np208 that was in it and after scouring craigslist one night I came across a 90 K5 that a guy wrecked drunk. 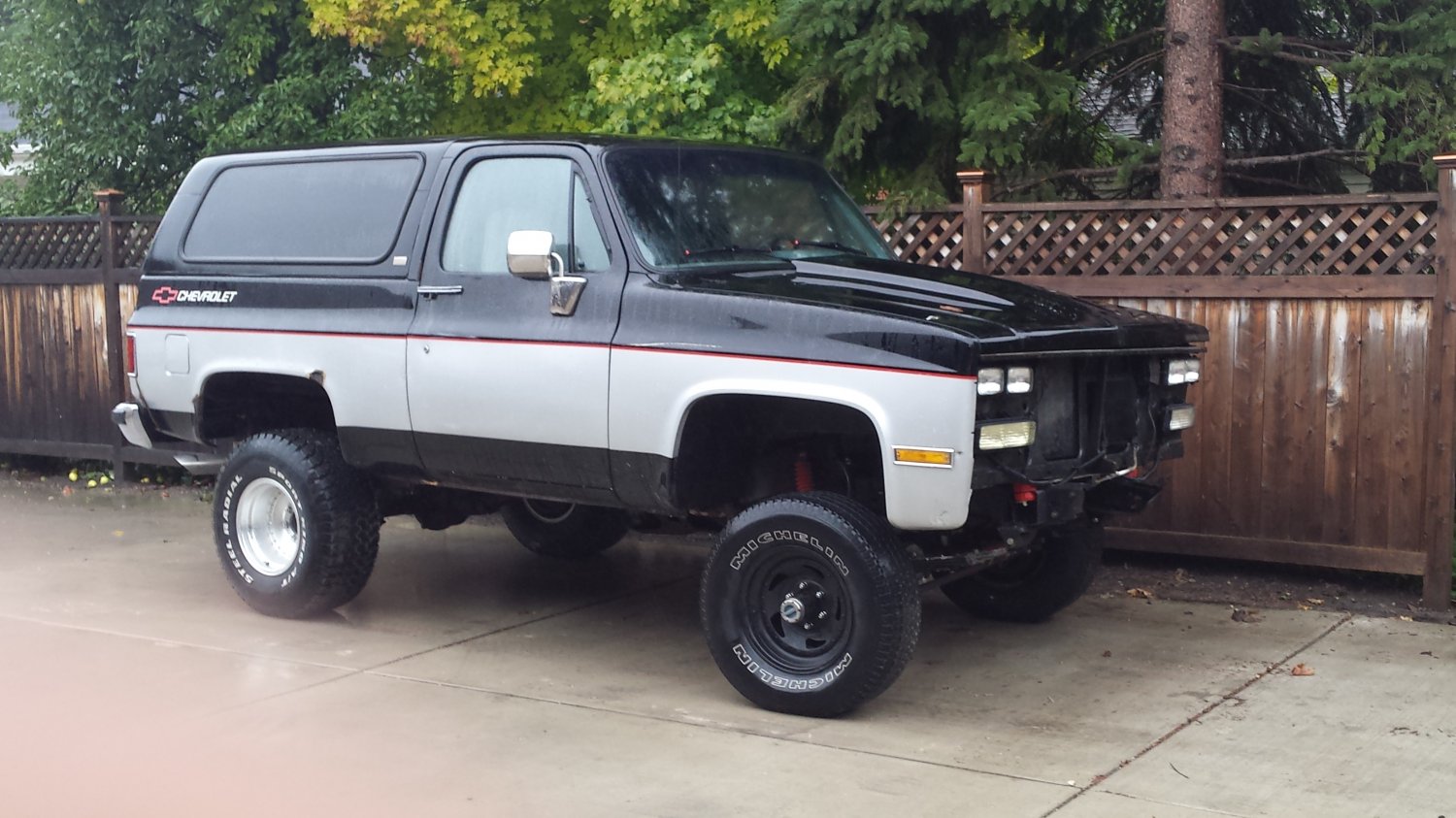 It had a brand new crate tbi 350 with 6000mi on it and a 700r4 with 3000mi on that. I couldn't pass up the deal and my truck desperately needed the parts. So I tore them both down and started swapping parts! Out with the good motor Out with the bad motor 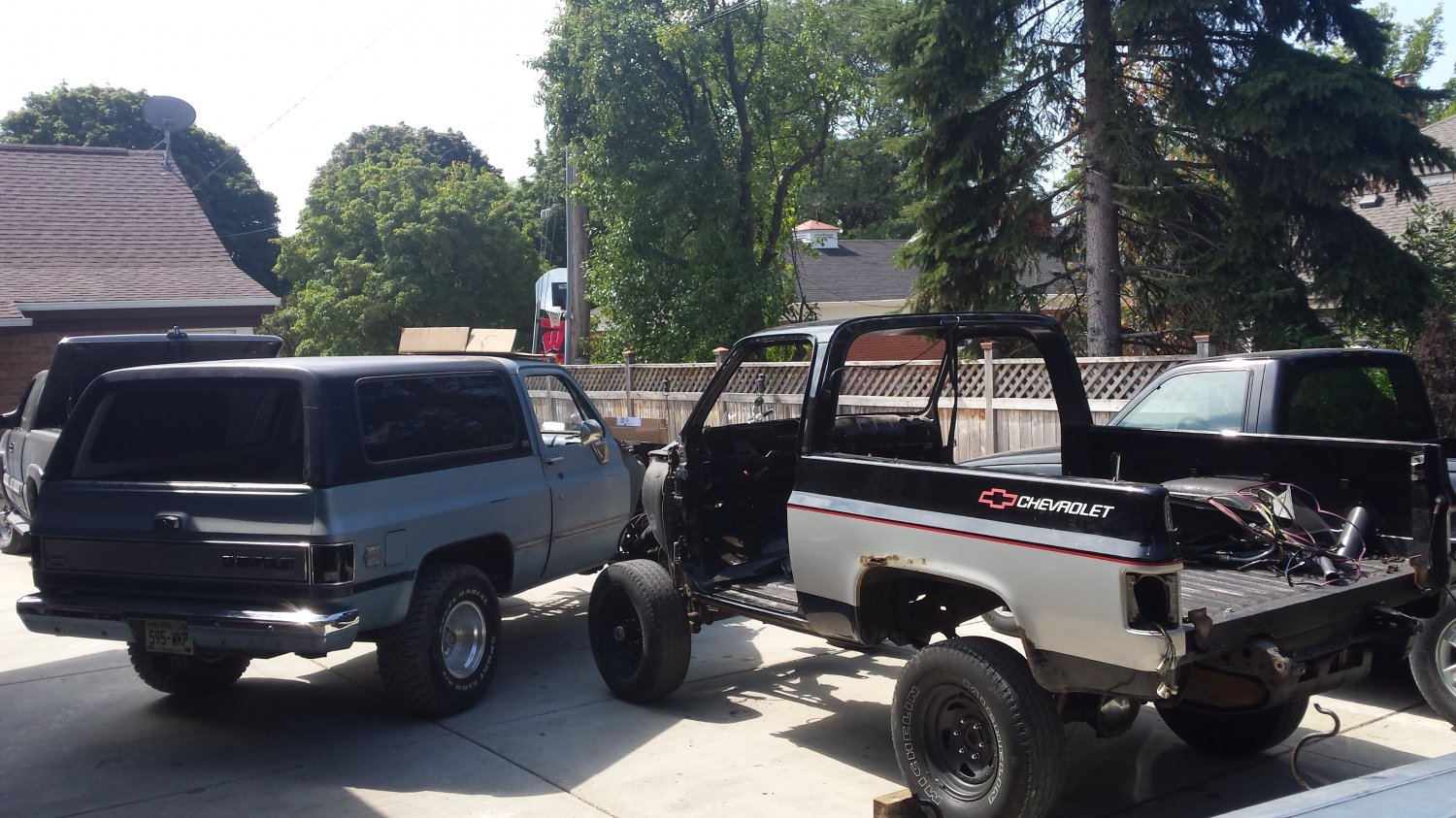 And this is where they were at. I should've gotten mine running and driving again but I let the project bug get to me and I decided to tear him all the way down. That part of the story is for another time though