Crew cab. Use it or lose it.

It is very slowly being resurrected. 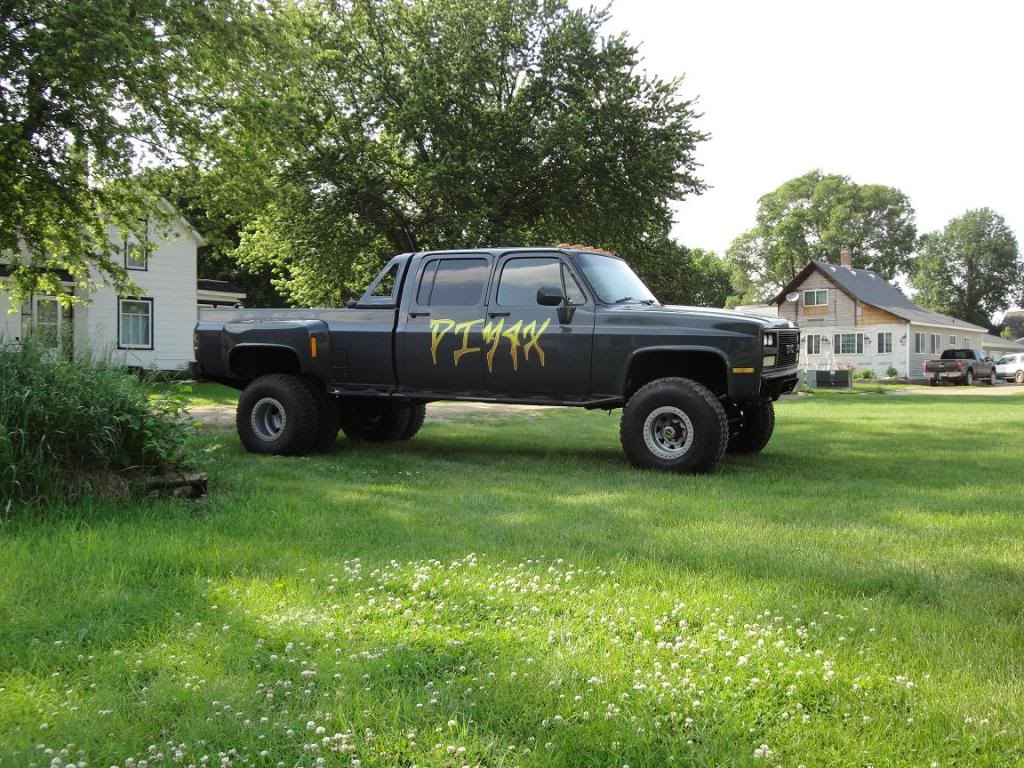 I should have had it done months ago but its been difficult to find time to make good progress.

Little run down on what's going on:

It began life as a 2 wheeler with a 6.2 diesel. The Rockers were completely hammered. I finally quit driving it when my wife shut the pass. door and about 3 lbs of rusty steel fell on the ground. The rust went much deeper than I knew. The B pillar on the pass side was ready to fall off on the bottom.

Drivers side was better but not much. I'm blaming the running boards that the PO had on there for the rust problems. Well they have been fixed with the tube rocker replacement. Not for ground clearance but just cause I wanted to try it and I hated the idea of putting in replacements to watch them start rusting again from the inside out. The doors had to be trimmed off. 3/4" to be exact. Found a nice pile of bondo that made up one of the door corners so that was also replaced with steel. The box was removed and I'm not sure I'f I'll repair it or try to find another. Some rear fender rust but alot of damage on the floor. PO also had a rubber matte in the back.

It is of course being converted to 4 wheel drive, dually. Sticking a 465/205 and Dana 60 in there. Floor hump is welded in. My floor hump was too short (from and earlier year) so that had to be stretched to fill the hole.

It is also getting a 6" lift and a set of 36" tires. Unfortunately I'm having some trouble finding 16.5" dually rims!! hint hint!!

This belongs to my second born. That is the "second episode" and my new hope to have a son to share some knowledge with. Purchased from rompstompinmudmonkey about a month ago or so. It was originally a military truck, the venerable CUCV M1008. Then owned by the state of South Dakota as a spraying truck and then by rompstompin. The truck has about 31,000 miles on it. The 6.2 diesel runs as smooth as can be. The truck itself is pretty much rust free, has some character dings and dents. My...

4" rectangular tubing meets the ban saw for the first cuts. Some layout work, Starting to make some bends. Some pieces ready for welding.