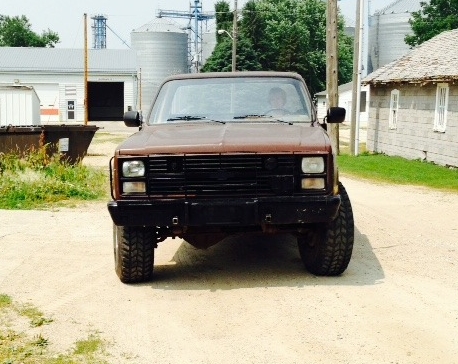 This belongs to my second born. That is the "second episode" and my new hope to have a son to share some knowledge with.

Purchased from rompstompinmudmonkey about a month ago or so.

It was originally a military truck, the venerable CUCV M1008. Then owned by the state of South Dakota as a spraying truck and then by rompstompin. The truck has about 31,000 miles on it. The 6.2 diesel runs as smooth as can be.

The truck itself is pretty much rust free, has some character dings and dents. My son has been using it pretty steadily for hauling stuff for renovating his house. It's made countless trips to and from the lumber yard with 2x4 studs, sheet rock and all the other stuff he's been sticking into his house.

Of course, these CUCV's were pretty deeply geared and had a top speed of around 60 mph before you were really pushing the 6.2 liter diesel. That being said, yesterday we threw a set of 37's on it, that I had laying about. Today we did some fender trimming and got to take it for a test drive with the "new" rubber. The death wobble came in around 20 mph and never stopped. A kingpin rebuild kit will be in order as well as some new steering components.

On to the pictures, 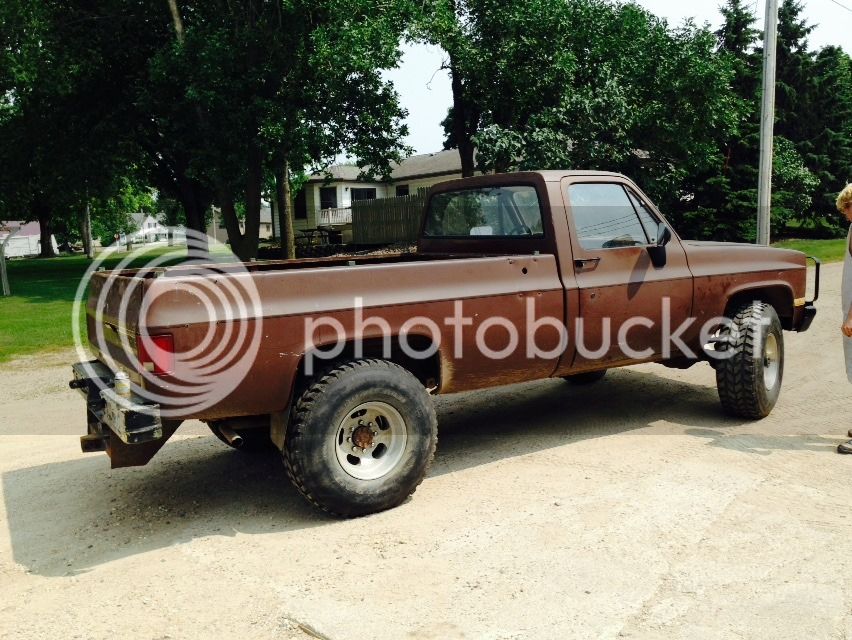 He wants to put about 6" of lift on it and I'm doing my best to talk him out of the lift. The way he intends to use it, he'll be better off with an EZ inch kit and a 1" body lift to help with tire clearance and call it good.

4" rectangular tubing meets the ban saw for the first cuts. Some layout work, Starting to make some bends. Some pieces ready for welding.

Pickup
Crew cab. Use it or lose it.

It is very slowly being resurrected. I should have had it done months ago but its been difficult to find time to make good progress. Little run down on what's going on: It began life as a 2 wheeler with a 6.2 diesel. The Rockers were completely hammered. I finally quit driving it when my wife shut the pass. door and about 3 lbs of rusty steel fell on the ground. The rust went much deeper than I knew. The B pillar on the pass side was ready to fall off on the bottom. :doah...