Well I am finally getting around to starting this build log. I have a couple other threads about the truck on the forums already ( Did I make a mistake? and List of needed parts for my build and Help finding 2wd to 4wd swap/conversion threads) which give some background on how I ended up with the truck. Basically it is a 3/4 ton 4x4 frame and running gear from a 1984 Suburban with a body from a 2wd 1978 Suburban. I got it with no front doors or front clip. No engine either, but it still had the TH400 and NP208.

At one point in time a previous owner painted over the middle strip between the body moldings, but the rest of the paint looks original. Only rust I've found are some small holes immediately behind the rear wheels in the quarter panels, some at the bottom of the spare tire location and on the front floor boards when I pulled up the carpet and jute padding. The floor looks solid from underneath, so hopefully the rust didn't go all the way through. Looks like the carpet and padding got really wet and the moisture got trapped and started the rust. I need to vacuum out the interior and strip the paint off of the floor boards.


I pulled the whole interior out and trashed the carpet and padding. The headliner was still in the truck, but the material was separating from the board. I removed the material and scraped the leftover junk off of the boards. I plan on re-using them so I was being as careful as possible. This might be a silly question, but how do you know the board is clean enough to attach new material? Also what is the best way to go about doing that? The 3M automotive spray adhesive? I'll most likely be replacing the headliner material with more of what was up there, the perforated vinyl.

I bought a set of the original steel wheels from a junkyard. Just pressure washed them for now, and that already made them look much better. Will probably clean them again, but this time scrub them down as well, then determine if they need to be repainted. The tires on them are pretty much junk (one even looks like an original spare from the 70's), but that's ok for now. I'll keep both sets of wheels for the time being. 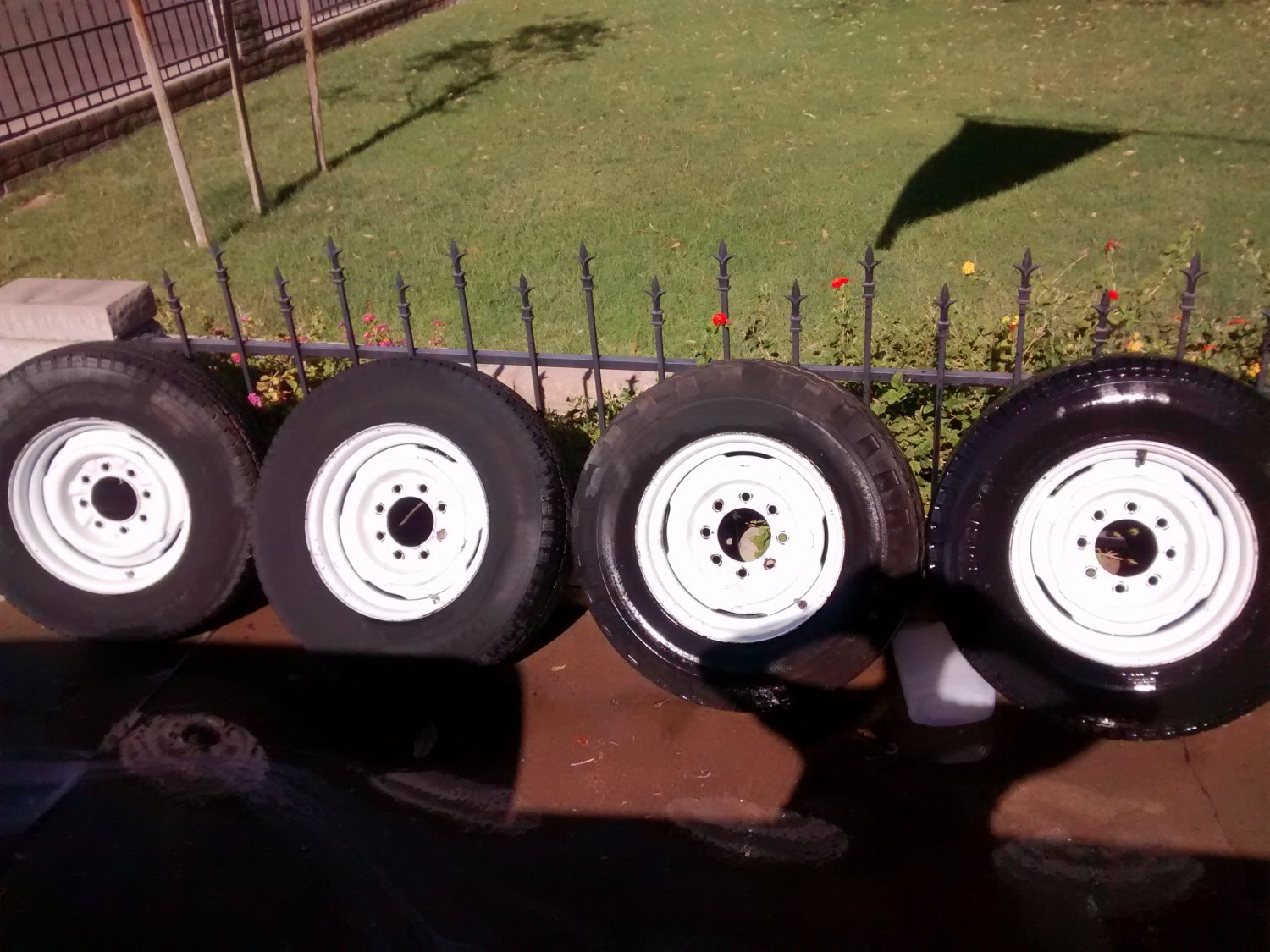 It is going to be a resto-mod, looking kind of stock, but with lots of goodies. Plans are to completely repaint the truck in and out to match the fender and doors I've been working on, adding the cab marker lights (measured and placed on to see if I really wanted them), roof rack and rear air deflector, replace the interior with a blue one to resemble a 1975-76 truck (that's the doors and parts I have the most of), rebuild the NP208, TH400, and both axles, and the biggest part of the project, install a 5.9L 12V Cummins.

Painted fender (the middle passenger doors came off and are for sale if anyone is interested http://phoenix.craigslist.org/evl/pts/5903780666.html) 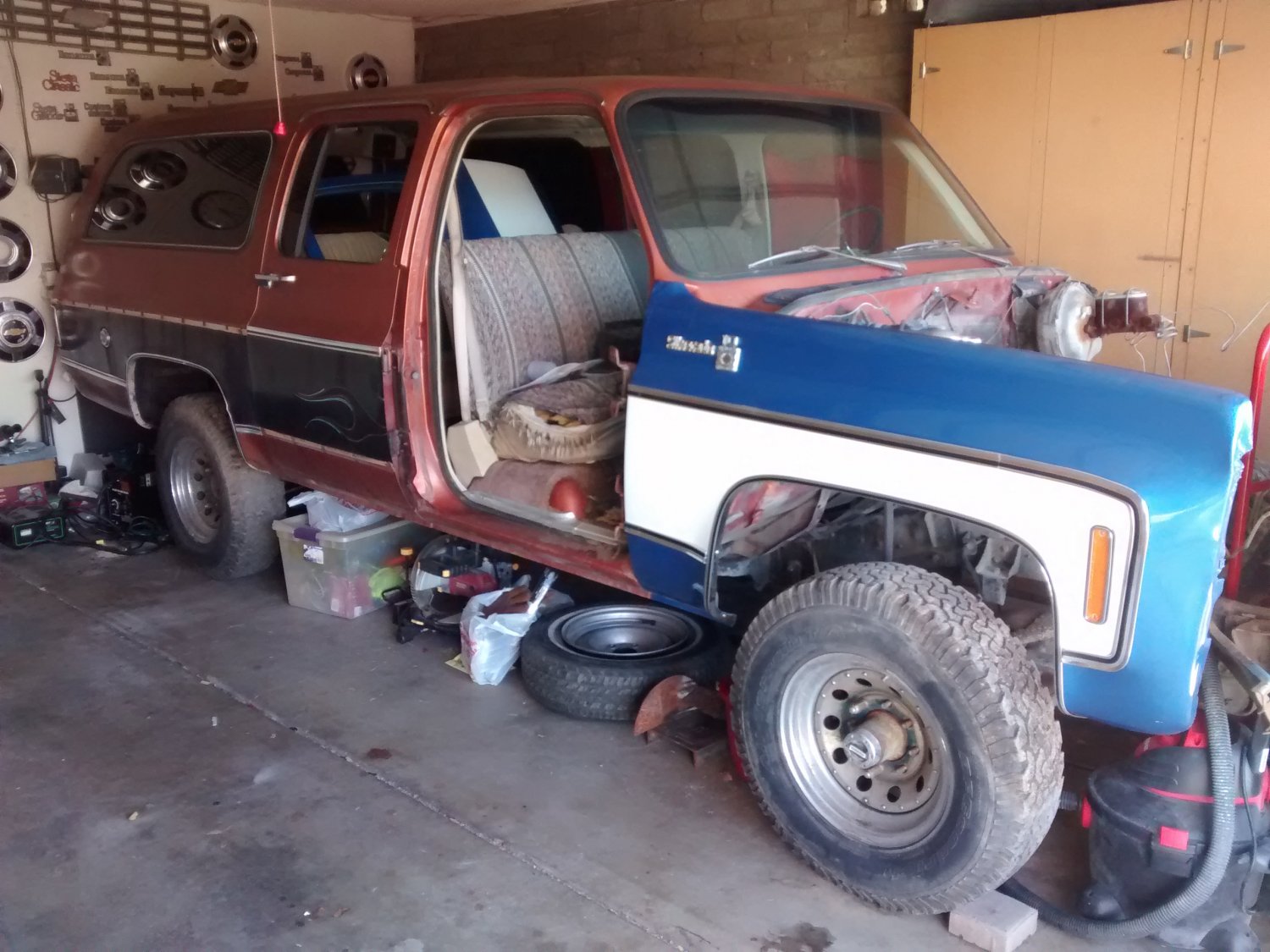 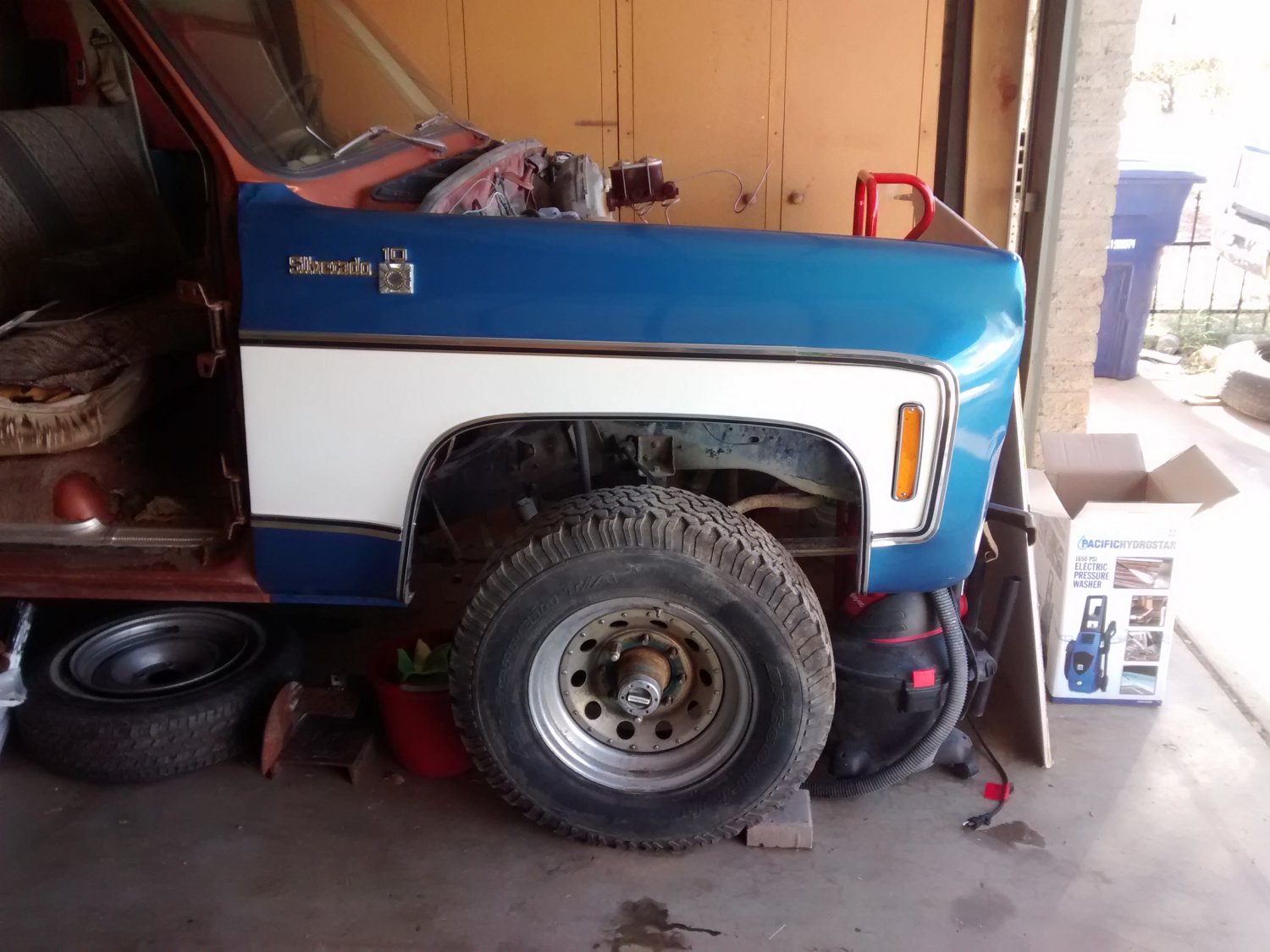 Rust in floorboards with padding stuck on 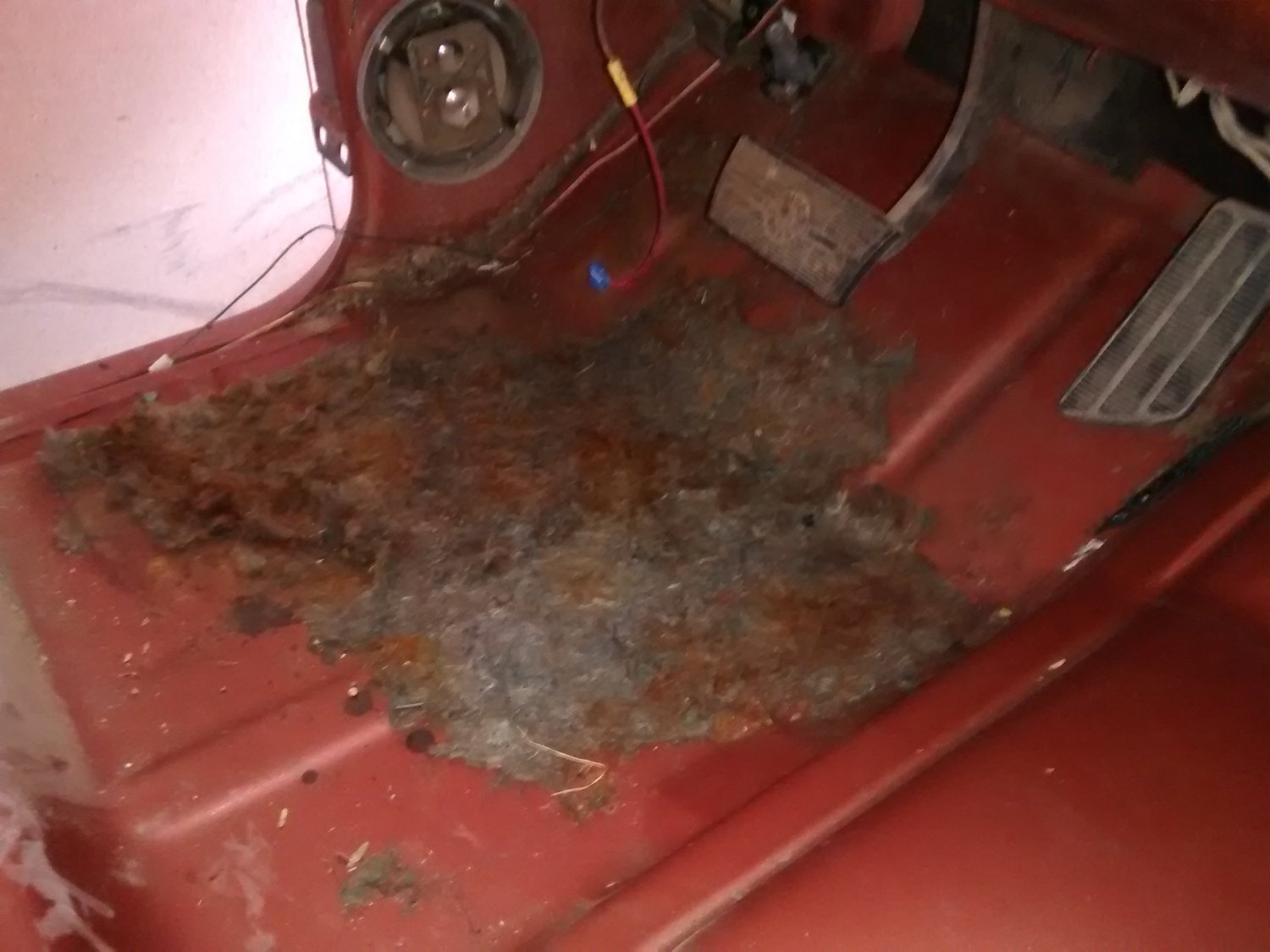 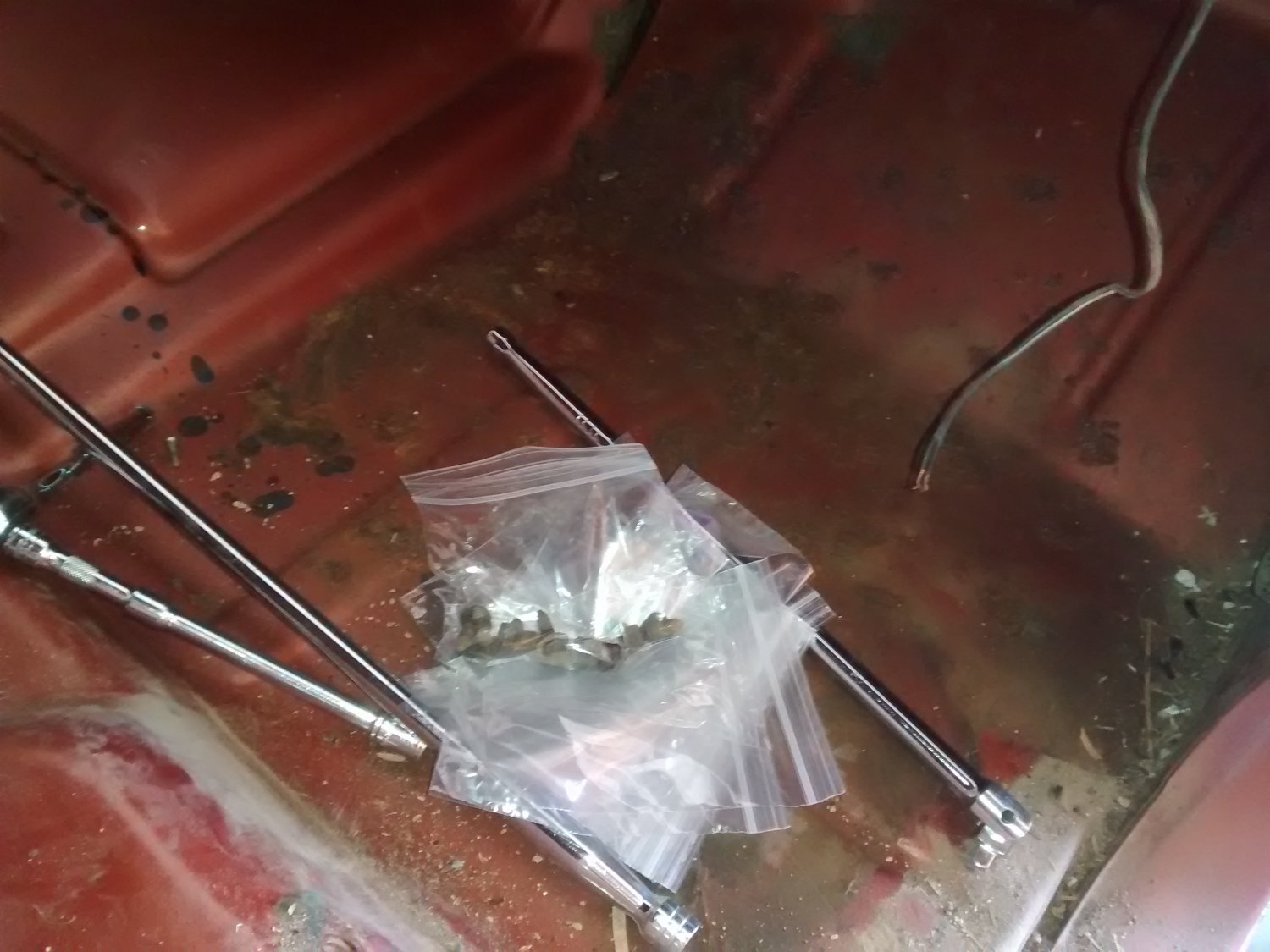 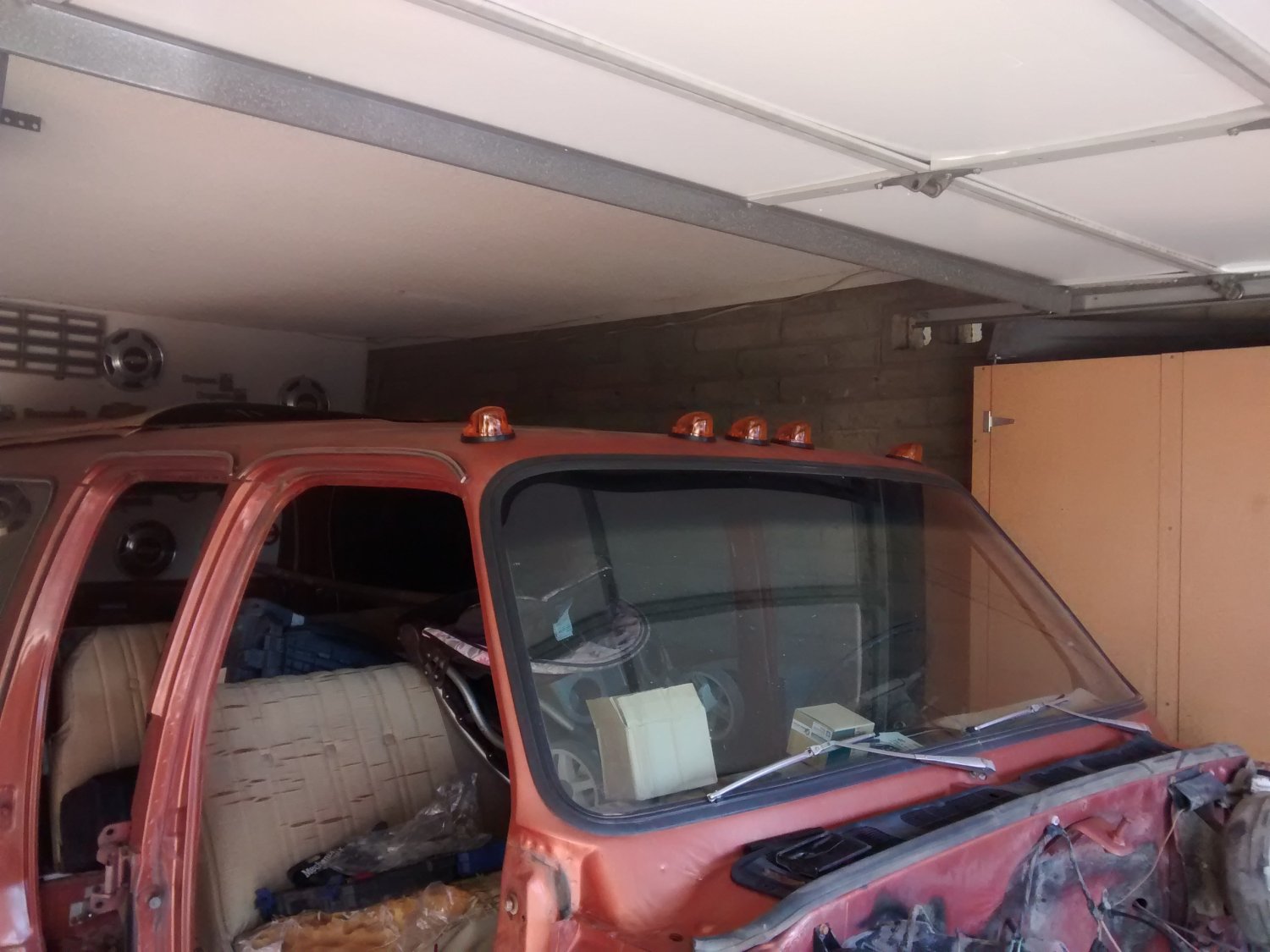 I am currently looking at my gauge cluster build, I'd like to keep it stock looking. I'd like to get this tach/fuel gauge if they still make it: http://www.gmsports.com/content/new-tachometer-1973-1988-chevy-and-gmc-trucks, normal speedometer, clock, voltmeter, oil pressure, and coolant. What I want to know is if it is possible to modify the printed circuit/harness to change what dash lights I'll get at the bottom of the speedometer (I'd like the brake light and 4wd light). Will this work with a diesel engine? I'd also like to add temperature gauges for the Transmission and Transfercase and have been wondering if it is possible to use stock gauges in their own little bezel, either mounted under the dash area, or I'd build an A pillar pod to hold them. Is it possible? Where do people put the temperature sensor in their Transmission and Transfercase?

Thoughts, comments, and suggestions are welcomed. 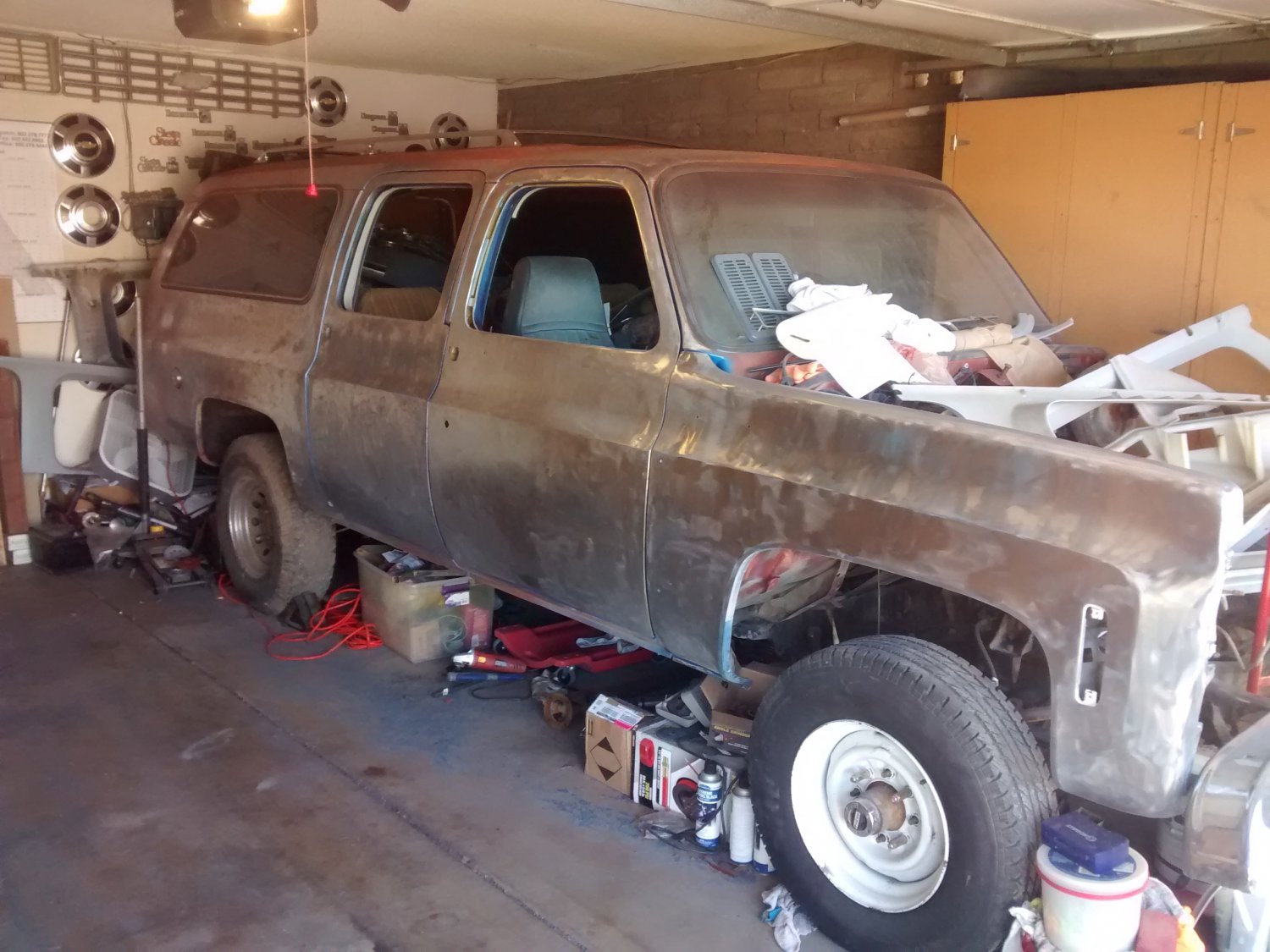 Well I've finally gotten a chance to start working on my 1976 Suburban today. This truck was bought by my parents in 1984 and has been in the family since. I've owned it since about 2005 and it was my DD until 2011. My oldest brother owned the truck for a little while and unfortunately was not very kind to it. All of the body damage (except for the rust) was caused by him. I've always had plans to restore the truck to a stock condition and have slowly been collecting parts and information...