So I bought this truck 3 years ago thinking it was a great deal. I live in CA and thought I had to jump on anything that was smog exempt because they don't come around that often. Well, I was wrong! This truck wasn't such a great deal and there's been a few more better ones come and go in the time that I've had it. However, hindsight is always 20/20 and if you don't make a few mistakes you'll never learn. With that said I've still got the truck and I've finally started building it and the silver lining is that with all the stuff that was f***ed on it I've been able to develop a few more skills.

Growing up my dad always had some sort of Chevy hotrod to work on. Usually it was a '55 Chevy or Chevelle. My first car was a '67 Camaro that I had for 4yrs before it was rear ended and pretty much totaled. A few years later after going camping with some friends in their 4x4 on one of the local trails I decided I needed to get something I could wheel. I was young and single with no money at all in savings. I would've rather spent $2000 on an old Chevy 4x4 to fix up, but instead I financed 30k on a new '01 Jeep TJ Sport. Makes perfect sense right?

I wheeled the Jeep stock for a few years and then as finances permitted I started building it. I bought it in 2001 brand new and by the time I sold it in 2015 I had built a pretty respectable wheeler and gained quite a few skills in the process. Of course, I also knew that it wasn't exactly what I wanted and if I ever got the chance to build an older Chevy 4x4 I would build it how I wanted the first time. Enter the Blazer-con!

Over the years I'd owned the Jeep I went from single to married and had a kid with another on the way. My wife had also become a fan of camping and wheeling and luckily for me she really like the older K5's. When we camp we like to be as comfortable as possible. That means bringing a lot of stuff that probably isn't necessary. Because of this, the Jeep just wasn't big enough for our family and all our gear. When I owned the Jeep I was always a little bummed that the Rubicon model came out after I bought mine and I would probably never be able to afford it. So I decided I'd build a Blazer-Con! I bought the Blazer and started making plans while I tried to sell my Jeep. In that 3yrs I re-did the lift on my Jeep from a short arm Skycrapper 4" to a Rock Krawler 51/2" long arm. I was able to sell the Jeep finally and with the money I got from that I jumped in on the Blazer build.

Here's a few pics from the day we bought it 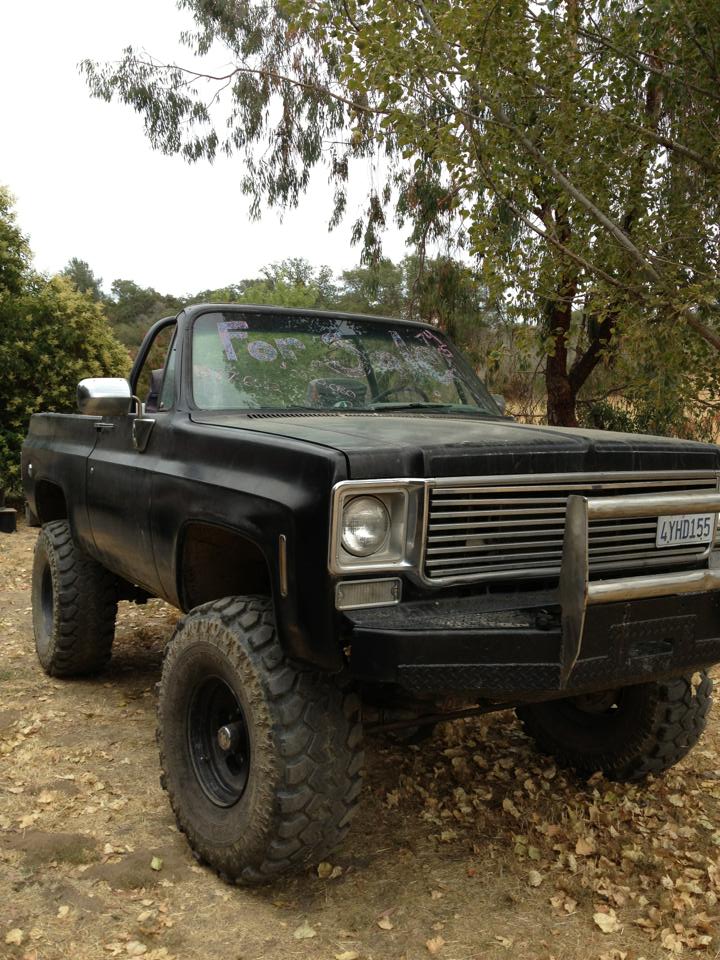 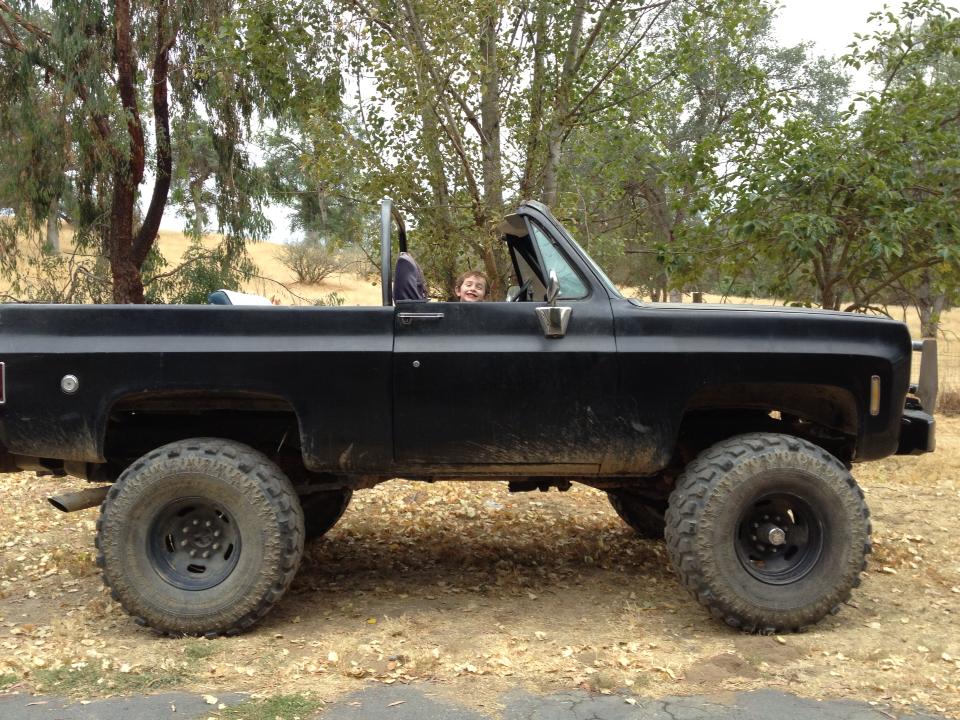