So this is not a square body build, but the vast majority of parts are coming out of one. I picked up a 1979 chevy luv almost 2 years ago from a friend of mine on trade. He had taken all the running gear out to use in a bouncer his was building, so I was getting it just as a body/frame. He originally had it set up with a 383, TH350, divorced 205, rockwells and 46s. 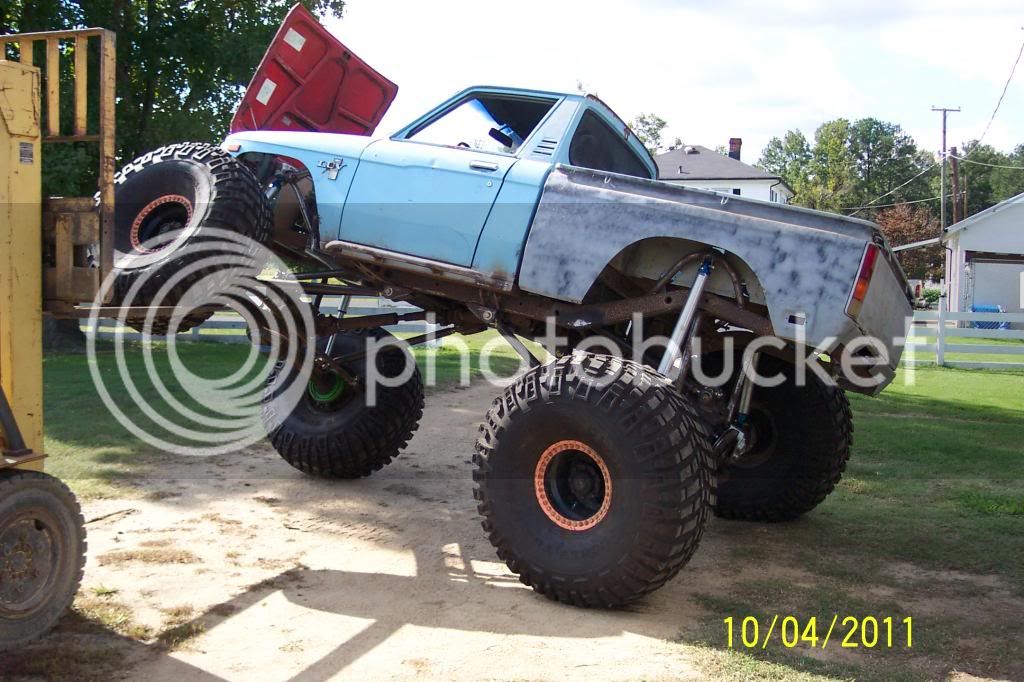 He never wheeled it and its was 95% complete before disassembly. I looked at this as a good thing. I got it on trade, the truck was already set up for a small block and trans. The bed has been bobbed. The front half of the frame was replaced due to the IFS that came factory (yes even in 79). So we rode down, picked it up with a $hit ton of body parts, The luv parts are rare and hard to get it. 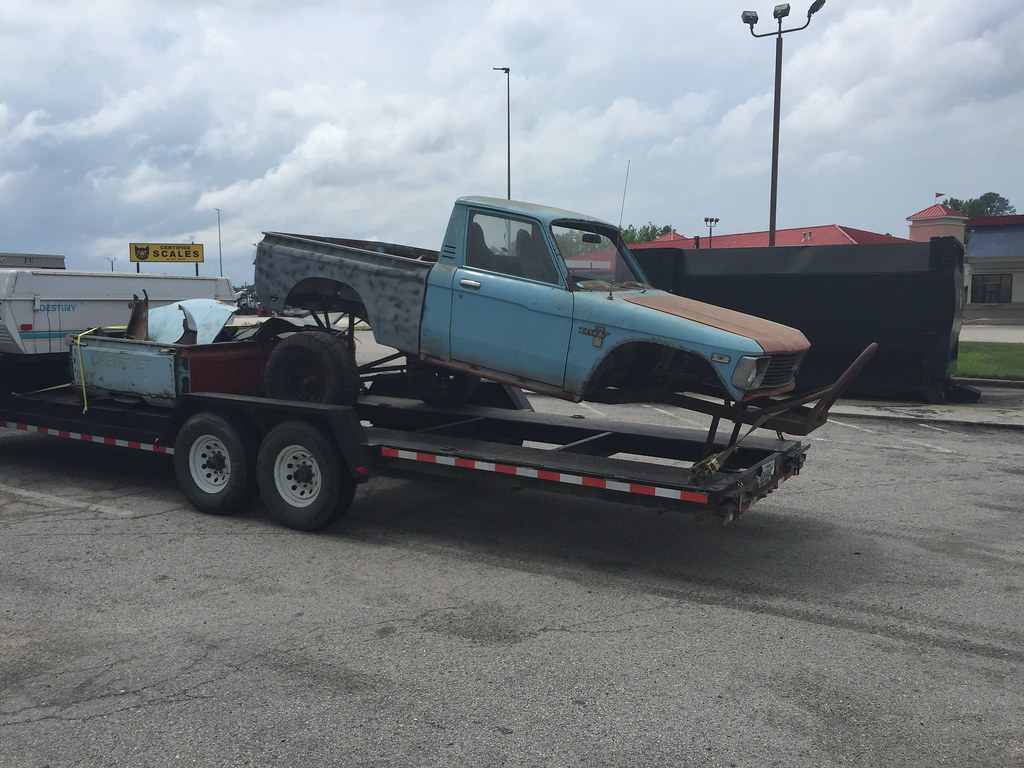 So then it sat beside my shop for a while. Original plan was to put it back together like before but bigger and badder. So we drove cross country to get some parts. 2- steering 5 tons and 4 52 inch tires. Then this year, life changed but in a good way. Took the year off from wheeling, focusing on home life and getting ready for next year. After pros and cons and long discussions with my wife and my wheeling parter (father in law) we decided to build the luv up with my 1 ton drivetrain out of my blazer and my transmission and doubler out of my 1st rig (which I still own) My co pilot driving at rausch