One Piece at a Time: My 1985 Diesel Suburban 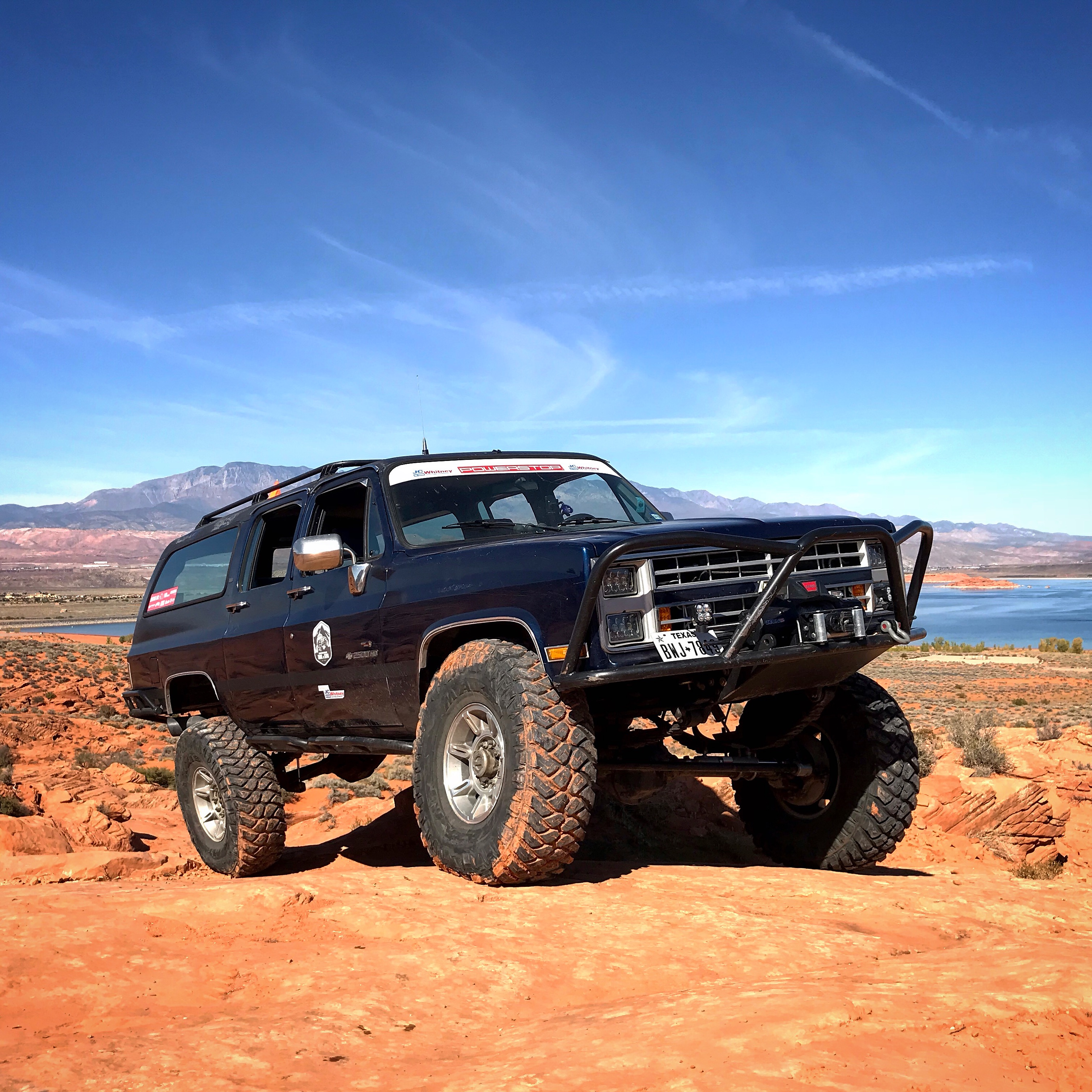 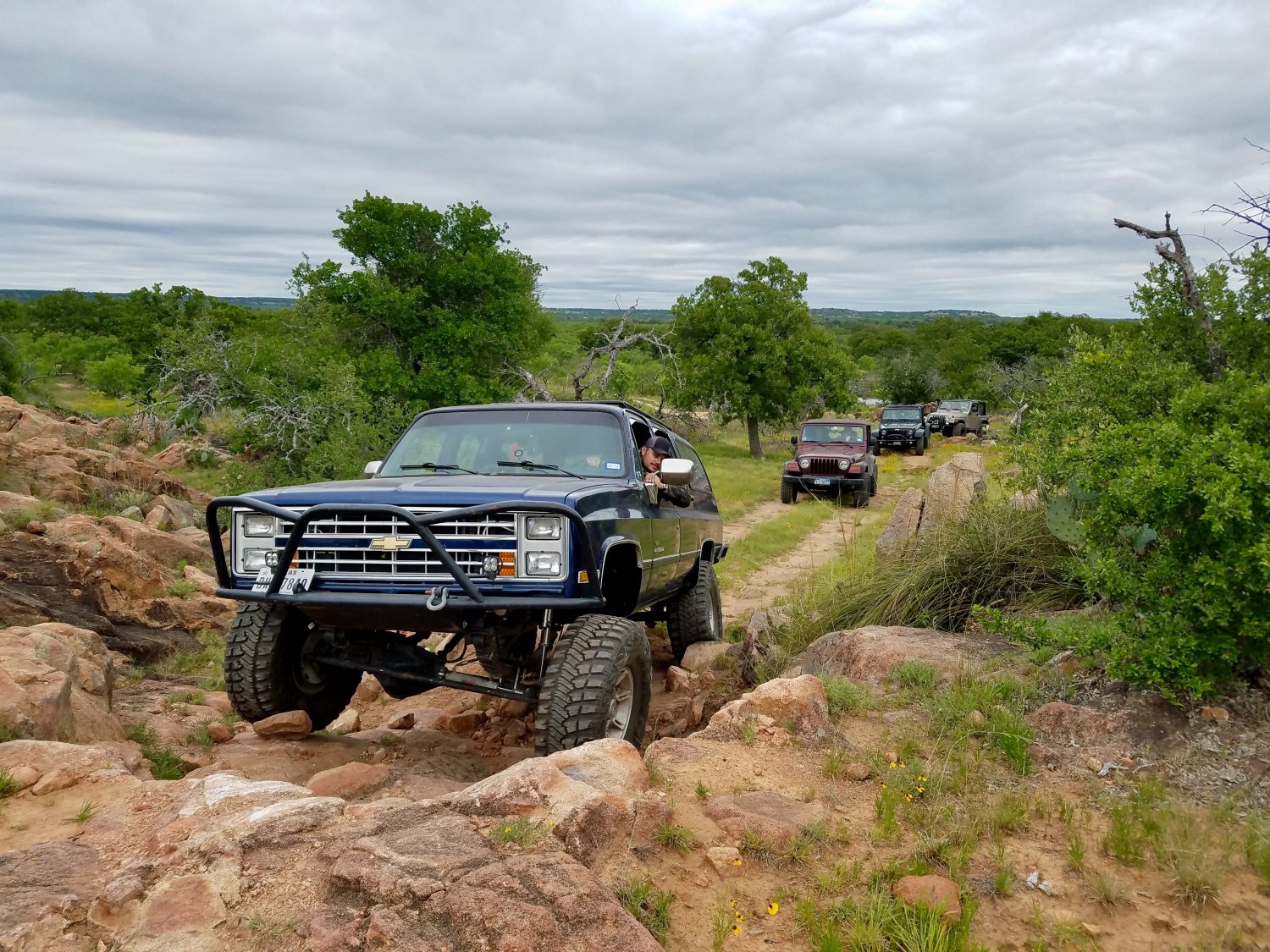 This is my first car.

My father bought the Suburban new in 1985, and I spent many weekends at his elbow as he serviced and maintained the truck. It provided no shortage of opportunities - a leaking lift pump, a few alternators and water pumps, a two piece rear main seal that was designed to leak, and a passenger door that never shut right would eat its door post bushings. My dad enjoys caring for a vehicle as a sort of active meditation. I recall him referring to a car as, "the simplest relationship you'll ever have." 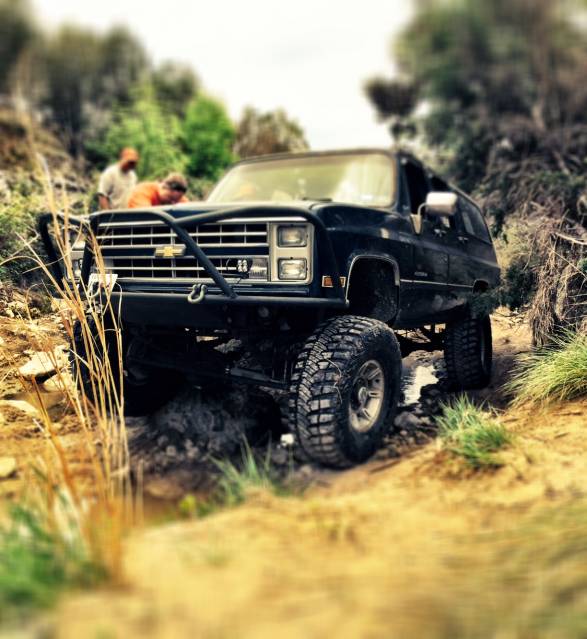 I was fourteen when he set the truck aside for me. While that may seem a bit premature, it wasn't any mystery what I wanted for a first car. I made my wishes known early, very early - on the way home from the dealership with my dad when he took delivery of the Suburban, and reminders evenly scattered through my childhood years: road trips, camp outs and drives around the block where I would steer while he worked the pedals. Such would be a hallmark of my persistent nature. With the exception of a momentary flirtation with a '69 Dodge Charger R/T - it was red with a cream tail stripe and a black vinyl top and still had the original 440 and 727 - it was always the Suburban. That Charger was a neighborhood car and we passed it regularly in the way one drives by derelict driveway-bound cars that are in the opposite direction from wherever you're going. At some point, I floated the idea of the Dodge to my dad, but that conversation ended quickly and with a finality that I knew we wouldn't discuss it again. It would be another twenty years before I could live out that dream.

Back to the truck; to which GM had applied one of its best worst paint jobs. They called it Indigo Blue, though after a few short years it began to look more like enameled leprosy. I think they said it was a defective primer. In true 1980s GM fashion, they refused to make it right and my dad wasn't about to get it repainted. By the time I was driving it in high school, there were patches of contrasting repair paint and primer all over. It was ugly, and I loved it. The rhythm and smell of the 6.2L diesel, and the feeling of driving a truck that (I thought at the time) could do anything and go anywhere. 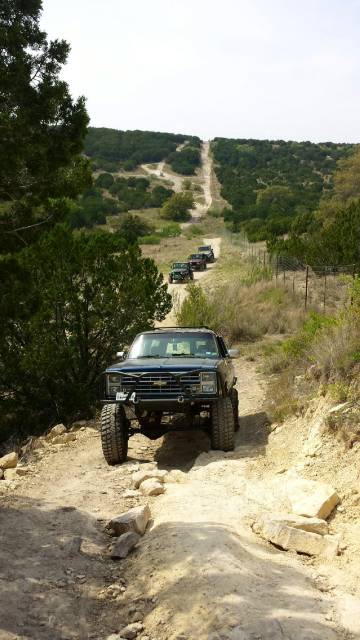 I've always judged cars by their engine and drivetrain, and the mechanical beauty of the Suburban came first. I was far more interested in upgrading the engine, suspension and drivetrain. "Form follows function," I remember proudly stating in defense of the truck's patchwork paint scheme. The truck was originally a K10 Silverado but I wanted a heavier drivetrain along with bigger tires. The original 6.2L diesel made somewhere around 240 lb-ft of torque, and I think it would have crossed the quarter mile before coaxing its 6,500 lbs to 60 mph. It certainly wouldn't turn 35s very well - my aspirational tire size. We made a plan to find and swap in axles from a 3/4 ton pickup that was left for dead at the deer lease, regear to 4.10:1, install 4" lift springs and all terrain tires. We picked up an intake intended for use on the heavy duty version of the same diesel motor that deleted the EGR and flowed a bit more air. So started a hobby. 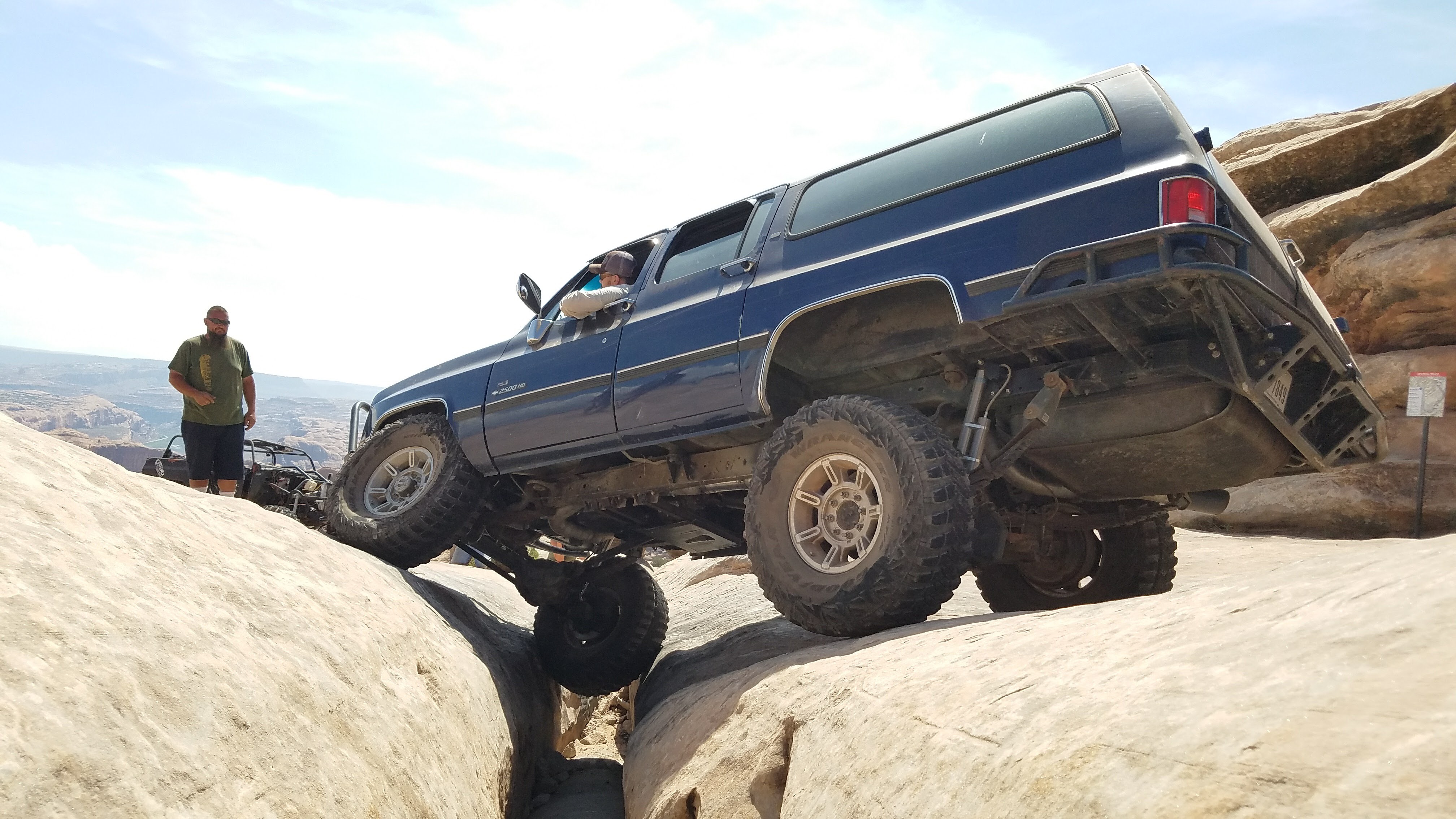 It's been a running and driving project vehicle and with over 400,000 miles it's something of an heirloom. Today, the body is the only thing that's still original in that it's what rolled off the St Louis assembly line attached to the frame. The rear axle - a 14FF swapped in from that 3/4 ton pickup - is the longest serving mechanical component. Following that first project, we would build a new diesel engine with a turbocharger, install more than a few 700R4 automatics, build and swap in a Dana 60 front axle, change gear ratios again, change the transfer case to an NP241, upgrade to crossover steering, convert the accessory drive to serpentine, add hydraulic steering assist, finally switch to a 4L80E, change the transfer case again this time to a Magnum-205, and install a few different front and rear spring combinations that always seemed to come with an increase in tire size.

Officially classified as an "antique vehicle" by the State of Texas, it sees regular use for projects at home, road trips, camping and offroading, and I do take it to the office from time to time. It's fun to drive, and with a 65:1 crawl ratio it does just fine on the trail provided the trail is wide enough. I pack a saw. 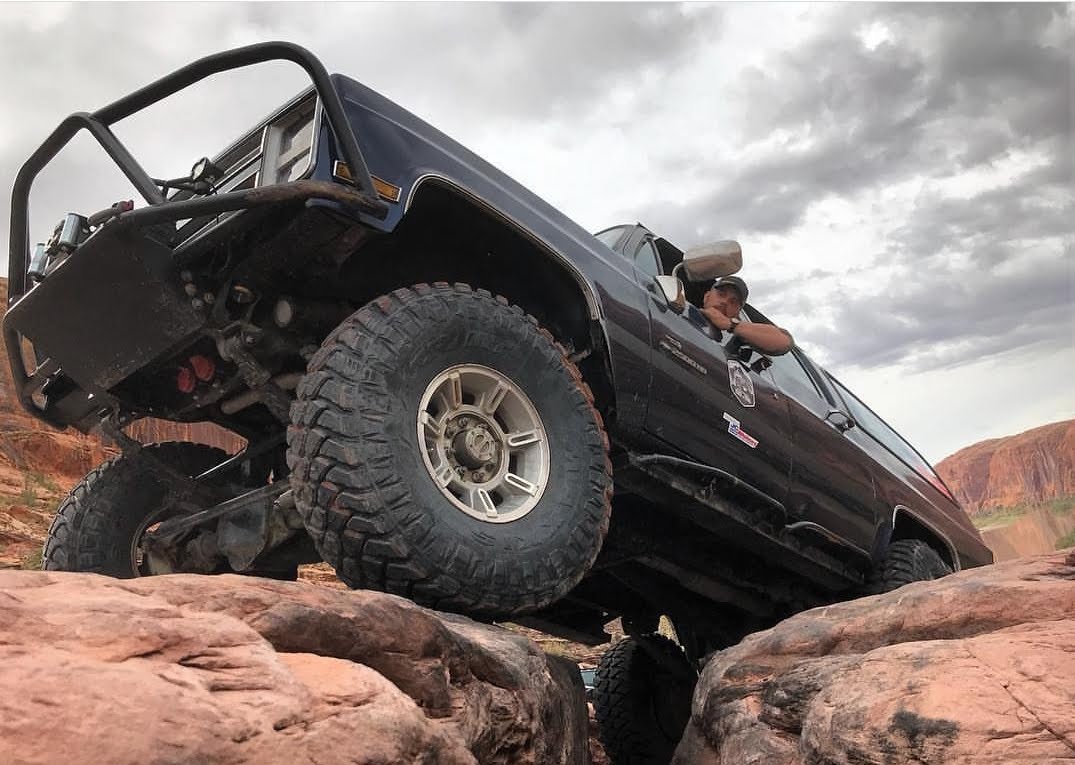 Following my most recent project - the 4L80/Magnum-205 upgrade - I had a friend ask me, "do you have things about where you want them?" I answered, "yes, but I'm not done building." The best projects keep our attention and our imaginations running. They're never 'done,' yet completely satisfying. I'm lucky to still have this truck, and to have shared it with my father, family and friends.

As of this writing, here's the spec sheet for my 1985 Chevrolet Suburban K10 Silverado:

Much of this is rearward looking. But as I indicated above, no project is ever finished. I just scored a Duramax LB7 intercooler (read later on in this thread for the adaptation and installation details), I have some tube bent and ready for assembly as my roof rack continues to evolve, an 11' wheelbase requires rock sliders (also documented later in this thread), and I'm not sure the upper limit on body mount age but I think I'm close.


It's never done and I'm glad for that.

Interior
Blue all over

Suspension
ORD links in the front; custom leaf packs out back

Reactions: AgDieseler
AgDieseler has built an incredible vehicle out of a family memory, only surpassed by the stories it could tell and the places it has gone. Multiple off-road trips as well as the Powerstop SEMA 2018 are a part of it's history, and much of it's intricate work has been documented here. More impressive in person than picture, David's work, and work ethic, is an inspiration to us all.
Reactions: AgDieseler

AgDieseler
Holy cow, dude! That is such a kind note. Thank you!
Reactions: AgDieseler
Read more… 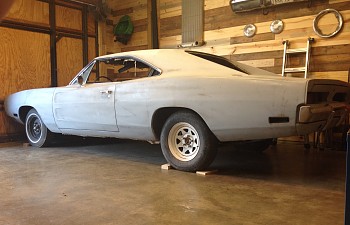 A desecration to Mopar nuts everywhere, this is my protouring, LS-powered, 1970 Dodge Charger; built at my shop, Willomet Motor & Fabrication.