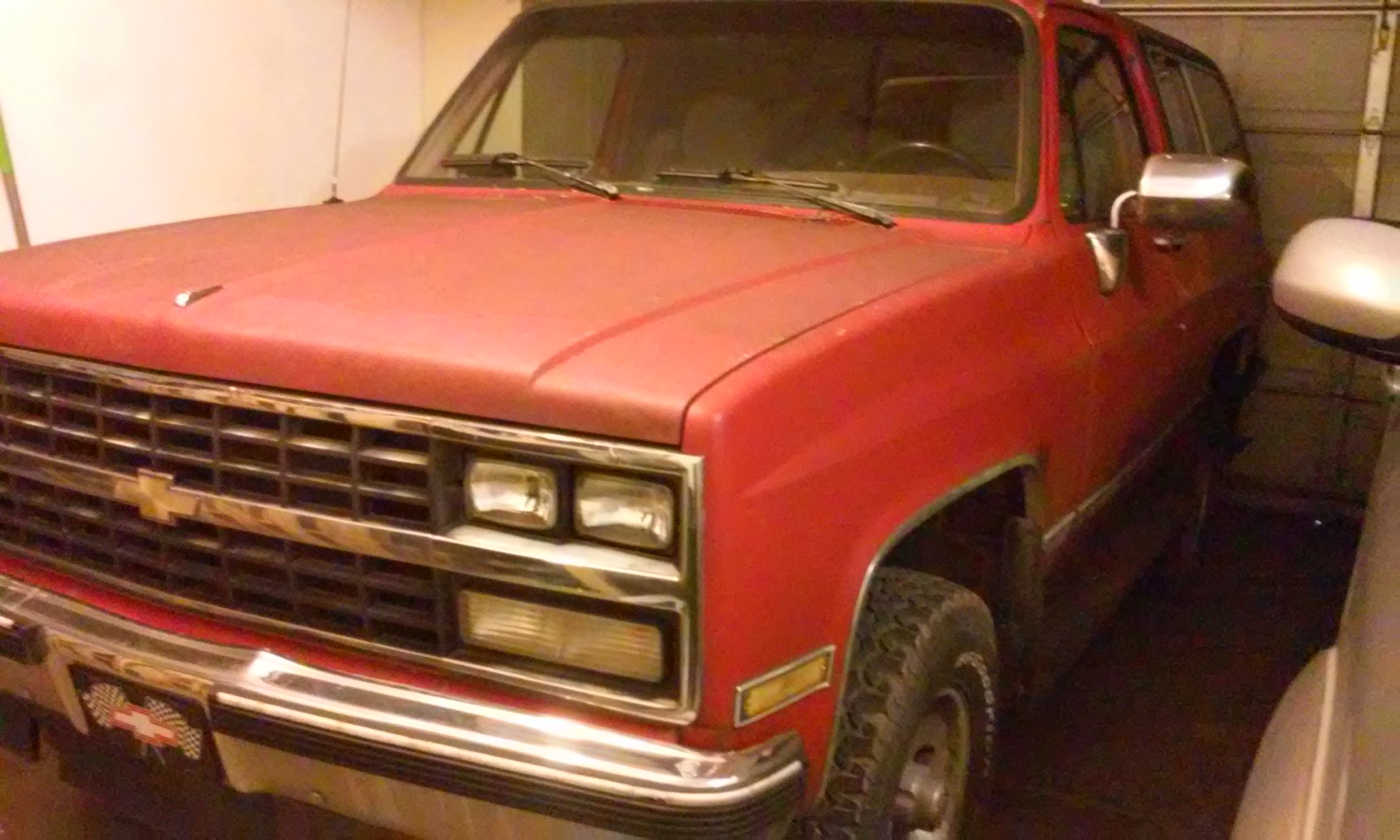 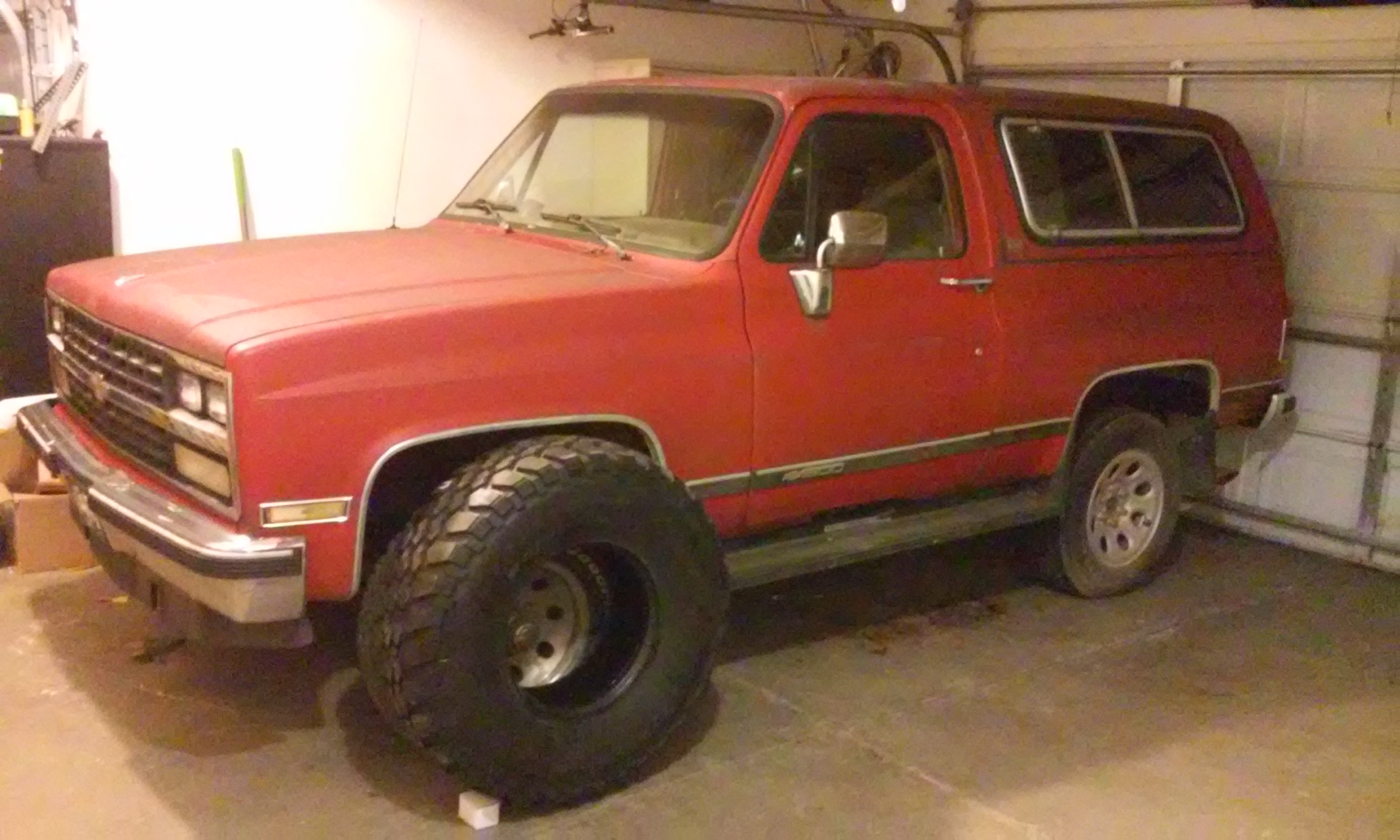 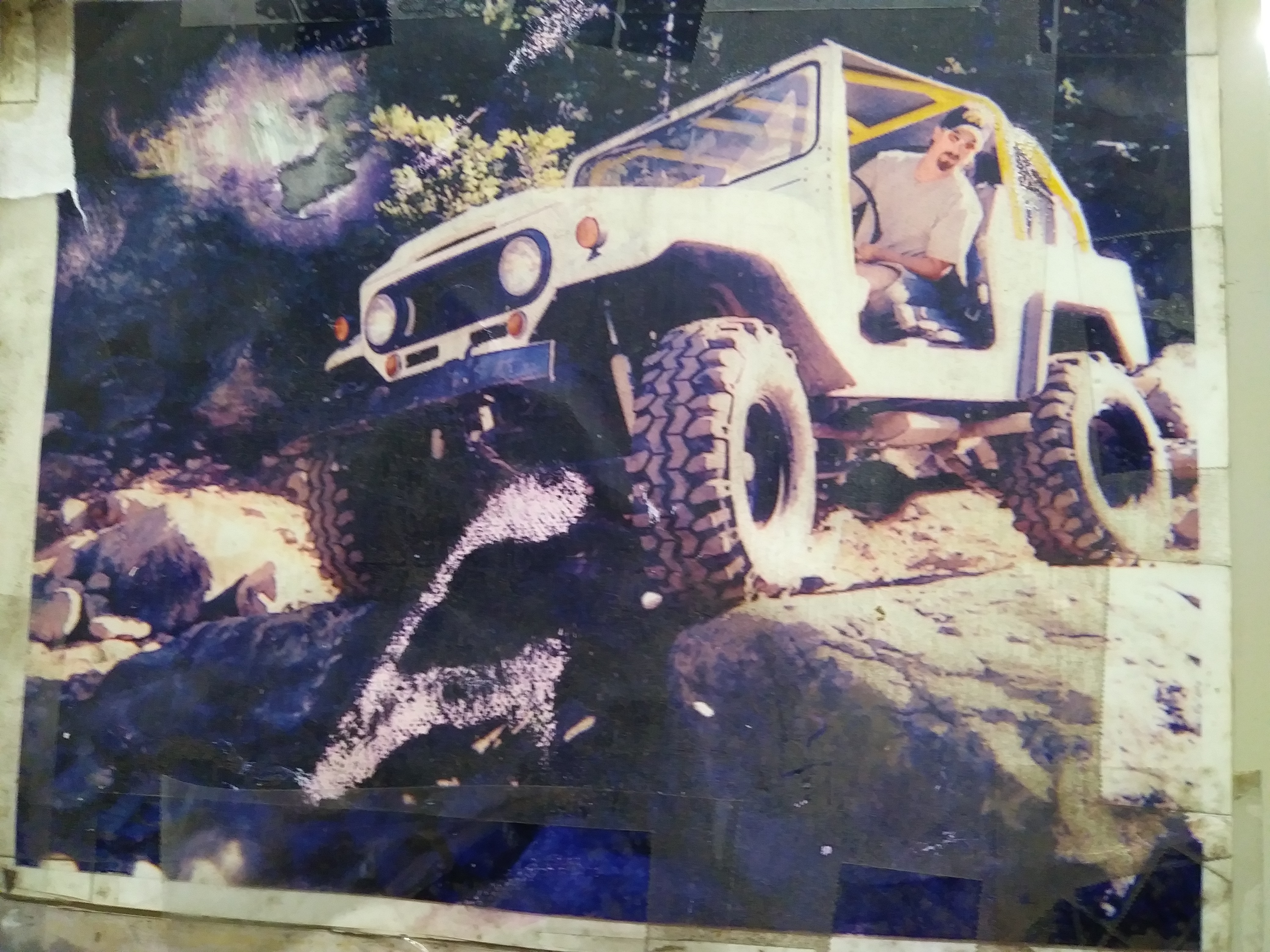 Ok so "almost done" is kind of a joke as none of my vehicles have ever been done. What I wanted was something that could be a good all around vehicle. Take the family camping, conquer most of the popular trails in the country, (rubicon, moab, holycross, offroad parks in the midwest and southern states trails ect) haul a boat on the weekends and turn around and have a comfortable drive home from anywhere in the country. So a simple, stable at highway speeds suspension, radial tires, AC, overdrive and cruise was a must.
My first car was a 1974 K5 blazer that was the family vehicle that took us all over colorado with a pop up camper in tow. We took it to many mild offroad trails which probably started my problem. It was a base model spanish gold, no AC, no interior just rubber floors, manual windows and a 350 2barrel. I inherited it when I was 16 after it sat on the side of the house for awhile. Drove it a couple of years, pulled the top off and had a blast. It was worn out and rusty and needed a more fuel efficient car to get me around. I built several toyota Landcruisers over the next 2 decades as a toyota mechanic in my younger years, but always loved the Blazers. Several times I had almost bought one but never quite happened.
Fast forward 25ish years and was talking to a friend of mine one day telling him I was looking for a k5 blazer and he said he had one. Go to look at it and was originally red and gold and someone had done a single stage all red paint job on it and when I opened the door 3 mice ran out. The interior was damp and reeked of mouse piss. I thought no way. After a few more weeks of looking I began to reconsider. At first glance it really didnt look too bad. It had the typical rockers and above the rear wheel wells rust. It had a 2000ish era 1/2 ton disk brake rear end partially swapped in but not hooked up but other than that was bone stock, no one had even cut the factory stereo wiring. We both agreed on $1000 (any running 4x4 is worth that) and he drove it to my house on the front driveshaft. It was very rusty, I hate red, and it was full of rodent piss, but I finally had another k5. Only took about 25yrs.
So this has been being built for a couple of years so you wont have to wait to see alot of progress. I build most of my projects by smart shopping, coupons, sales, christmas gifts, selling unneeded parts, horse trading or anything else that is legally or morally acceptable to get the parts I need. I do every bit of the work myself because I can, and I have the tools and the space and most of the time enjoy it. Plus like alot of us there really isnt thousands of dollars in the budget to build a toy that can go anywhere but no real need to. I have a very cool and understanding wife that doesnt mind so long as she can park in the garage when the weather turns cold. And she gets a kick making fun of my projects with the kids and come up with funny names like "big turd" or "the other woman".
The plan was originally to fix the rust, mild lift and pull the top off and have some fun. Weeellll that kind of snowballed a bit, I blame ebay and craigslist, because well there are some good deals that are hard to pass up.