I purchased this Blazer back in October 2015 with plans for a modest trail/camping rig in mind. It was in decent shape at the time, and I already had several other projects in the works, so I didn't want to get overly ambitious with the build -- mainly wanted to focus on the interior, cosmetic, and reliability/maintenance stuff. Here's some old pics I dug up of the Blazer when I purchased it: 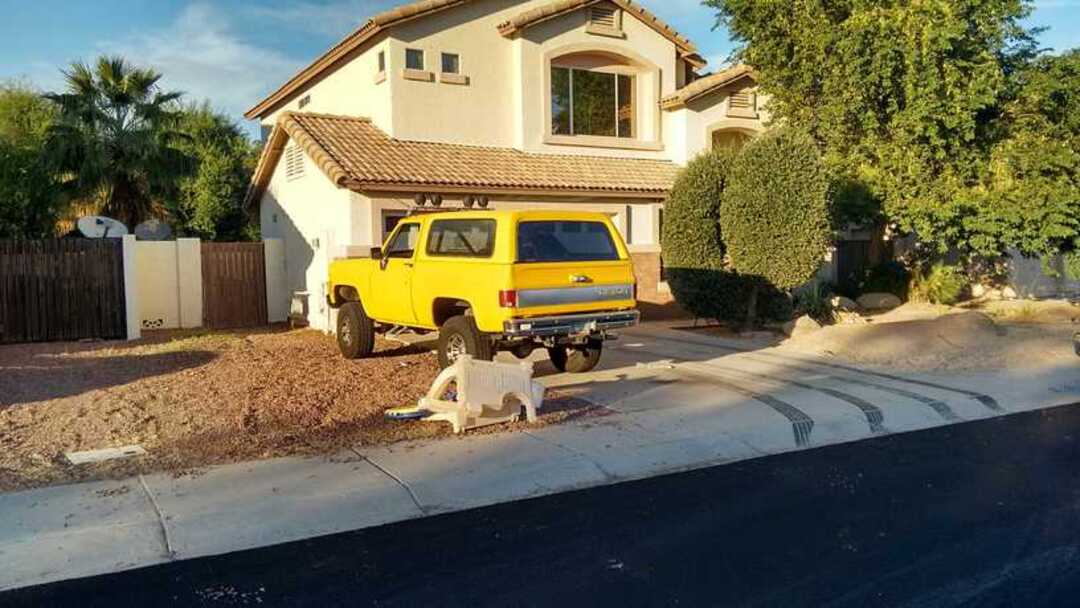 In the interest of getting this build thread caught up to where I am with the truck today, I'll skim over the details of the work I've done over the past 4+ years.

For the first few months I focused on the interior, completely stripping it and replacing most of it. I installed a new dash pad, carpet, seats, misc dash parts, door panels, and repainted the grey trim pieces black. Along the way I fixed some things like the turn signal switch, replaced the heater core, reworked the audio system, and made some new bedside panels. Here's a few pics. Dash back together with new pad, bezel, steering wheel: New seats (sourced from a Chrysler Town and Country if I remember correctly), and Tuffy console: Replaced the door panels. Also replaced all the door rubber at this point: Built an enclosure for the subwoofer: And a new bedside panel with speaker: Passenger side panel, with amps mounted: For the rear seats, built a bracket for some third row Tahoe seats: Thats a quick run-down of the interior. Here's some before/after: Next, I moved on to the exterior. I wasn't a fan of the wheels, so I swapped them along with trading out the 33" AT's for some 35" BFG MTs. I also freshened up the axles with new outer bearings, seals, paint, Bilstein 5100s, and brakes. Front received new ball joints, tie rod, drag link, etc: Painted the top with black Monstaliner: This is a factory A/C truck, but when I got it the compressor and other A/C parts were removed. Needed to get this working for the AZ summers, so mounted up a Sanden style compressor and replaced the condenser and evaporator: Fabbed up a spare tire carrier to work with the factory bumper. Yeah, it's a single-shear hinge

, but it's held up well for the past couple of years. May need to revisit though when/if I go to 37s. 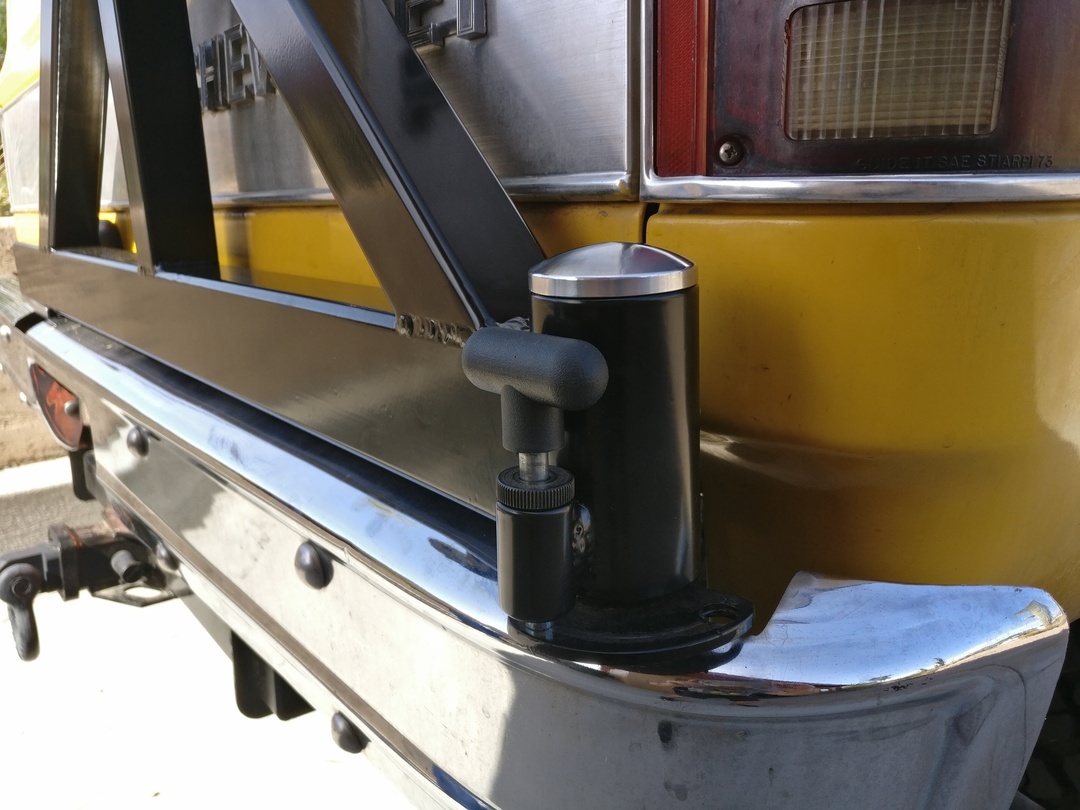 That pretty much summarizes everything I've done up until a couple of months ago.

Early on, the idea of doing an LS swap crept in, and that led to a bunch of other things...stay tuned for more pictures. In my next posts I'll outline the plan for the latest build I've started, and most likely a bunch of questions about some of the decisions I will need to make.

Before that, though, here's a pic of where things sit today: