08/16/2021: I need to take some time to go through this overview and update some details. For now, enjoy the journey. Have been thinking through this build a lot and decided to change the build name to something more appropriate. It's no longer "Saving Rusty the Mud Truck" for two reasons: 1) Rusty is no longer a mud truck and 2) Rusty is effectively saved. It's proven to be a reliable daily driver which is it's most important function. Sure, it still needs a front axle and that will come, but the task of 'saving' the truck is essentially complete. Looking forward, I've thought a lot about what makes Rusty a truck. If you have watched any amount of Star Trek then you're probably familiar with the Borg Collective and the ideal that many parts make up one collective. "Rusty: The Collective Truck" made a lot of sense because, in the effort to save Rusty, it has taken parts from a collective total of 20 trucks to make up the One (not including the innumerable new parts installed). And that number will continue to grow. Some day (no time soon) Rusty will probably get a "new" body and frame. I've asked myself a lot, "if I go this route, will that be abandoning the original build and truck?", and my answer is "No". A body and frame are replaceable parts, just like an engine, transmission, axles, or anything else. So if I did go this route (and there's no guarantee that I will), though the body and frame may go away, the collective truck that is Rusty remains. The purpose of this build so far has been to document what it takes to save a beaten, abused, and rusted out mud truck. The focus going forward will be to document what it takes to keep said truck alive: A collective of trucks to make one.

This is a story about a rusted out, beat up and abused mud truck, that gets a second chance at life.


My name is Andy and I have always been a square body suburban diesel fan. I have been around them my entire life and the truck dubbed ‘Rusty’ is my third diesel suburban.


I’ll admit, I have been somewhat intimidated and embarrassed to start this build thread 1) because of the quality of craftsmanship that’s represented on this site (to which I cannot hold a candle) and 2) because this story starts off with a slew of mistakes. But, thanks to the inspiration of AgDieseler’s build and his personal encouragement, here I am. And so the story begins: 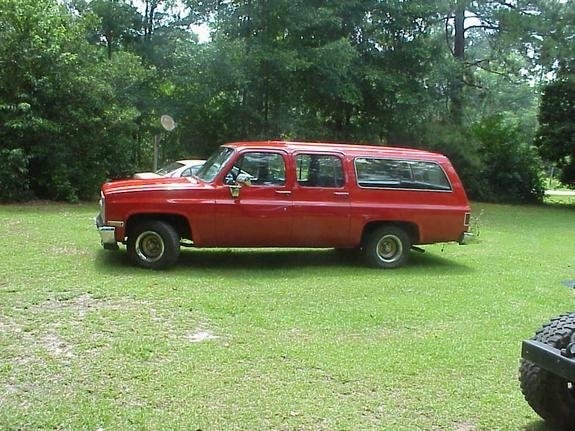 My dad bought a brand new C10 6.2L Diesel Suburban in 1985 when I was just 6 months old. I loved that truck. My dad taught me and all of my siblings to drive in it (of which there are 6). He did not do too many modifications to it: vinyl flooring, manual bypass switch or the GP, and a fire engine red paint job. He gave it to me when I was in my early twenties but, not knowing the gem that I had, foolishly sold it shortly thereafter. I swear, if I ever find that truck, I will buy it back.

Mistake #2: Selling my truck and my jeep. 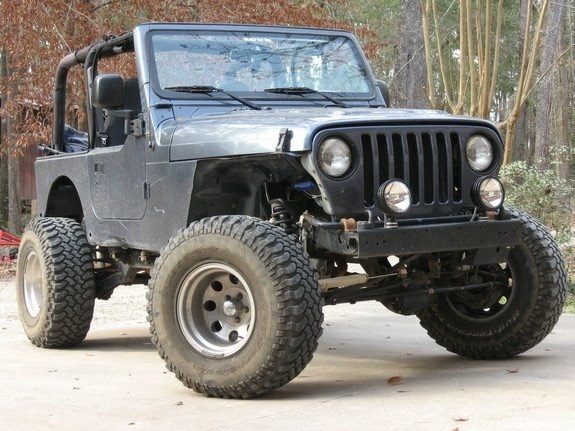 As I am sure most people do, I realized I made a big mistake by selling my dad’s truck and my jeep. So I bought another one. This time, a 1989 K10 Suburban with a CUCV 6.2 diesel. This thing was in fantastic shape and I made a lot of memories in it. But, like its predecessors, after I moved to Jacksonville, I convinced myself I needed the money more than I needed the truck, and I sold it too. 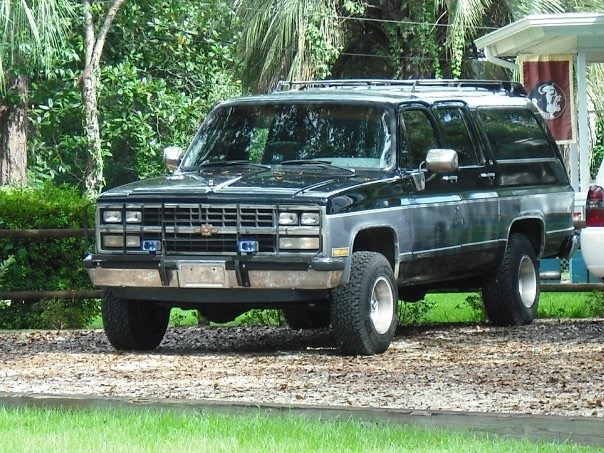 Mistake #3 (or is it?): Buying Rusty the Mud Truck


Fast forward a few years. Now I am married and once again ever-longing for another truck. It took some discussion, but I convinced my wife we needed a “work truck” to support my budding wood-working hobby. I started out by searching for any of my 3 past trucks, hoping to buy them back, with no luck. I never did find my dad’s truck, though I believe it is still in the Tallahassee area somewhere. I found out through a series of unfortunate events that my jeep ended up in the junkyard, parted out, and went to the crusher. My 1989 Suburban is still alive and in the Midwest somewhere, still owned by the same guy I sold it to. I actually negotiated an agreement with him to buy it back, but negotiations fell through. So the search for a ‘new’ truck began.


In comes Rusty the Mud Truck. I say, at first, that it was a mistake to buy Rusty because Rusty was one of those trucks that you should walk away from as soon as you see the advertisement. But I didn’t. I did my best to make sure I was making a good purchase, but I was suffering from a pretty severe case of the “wants”. I asked all the right questions. Discussed everything I could think of to make sure this would be a good truck, but at the end of the day, I was misled, and I overlooked some things. Nonetheless, the deal was made, and I once again was an owner of a diesel suburban. Here were Rusty’s specs as of purchase: 1988 K10 Suburban, 6.5L NA Goodwrench Diesel (506 block cast on August 12, 1996), 14B FF rear, 8 Lug 10bolt front, 4.10 gears, 700R4 Transmission, NP208 Tcase, and tons of rust.


2 years later, looking back, I recant my statement that buying Rusty was a mistake because of all the knowledge I have gained from working on the truck. I have done things on this truck that I never in my life imagined I would do. So the knowledge gained is worth the cost and invaluable and Rusty is now a worthwhile truck, though there is still significant work to be done.


I have thought a lot about how to go about detailing this build/resurrection, and because of the amount of work that has been done in just the last 2 years I think it would be too difficult to try to do a timeline, so instead I will give you categorized projects to get us caught up to present and then move forward. So that my first post is not excessively long, I will do each project in its own post.

This is how Rusty sits now. You know it’s meant to be when Squarebody passion doesn’t just flow through each other’s veins, but it also flows through the veins of each other’s family! My dad bought a 1985 C10 6.2 Suburban when I was just 6 months old. Mel’s granddad bought a 1989 C10 suburban with a 350 when she was just a few years old. And so fate took its course. Both families grew up with their suburbans and created many many memories. When my dad’s suburban was passed to me, I foolishly let it go, and two...