You know it’s meant to be when Squarebody passion doesn’t just flow through each other’s veins, but it also flows through the veins of each other’s family! 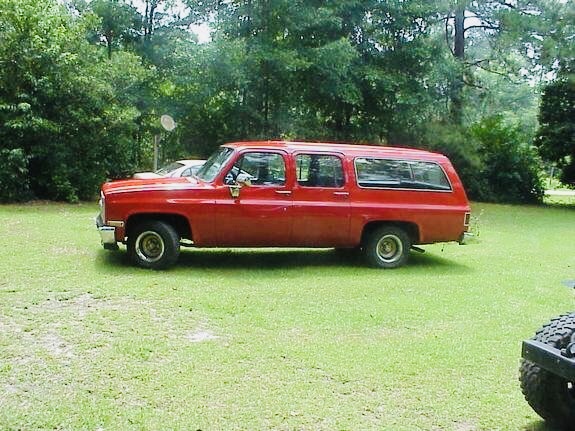 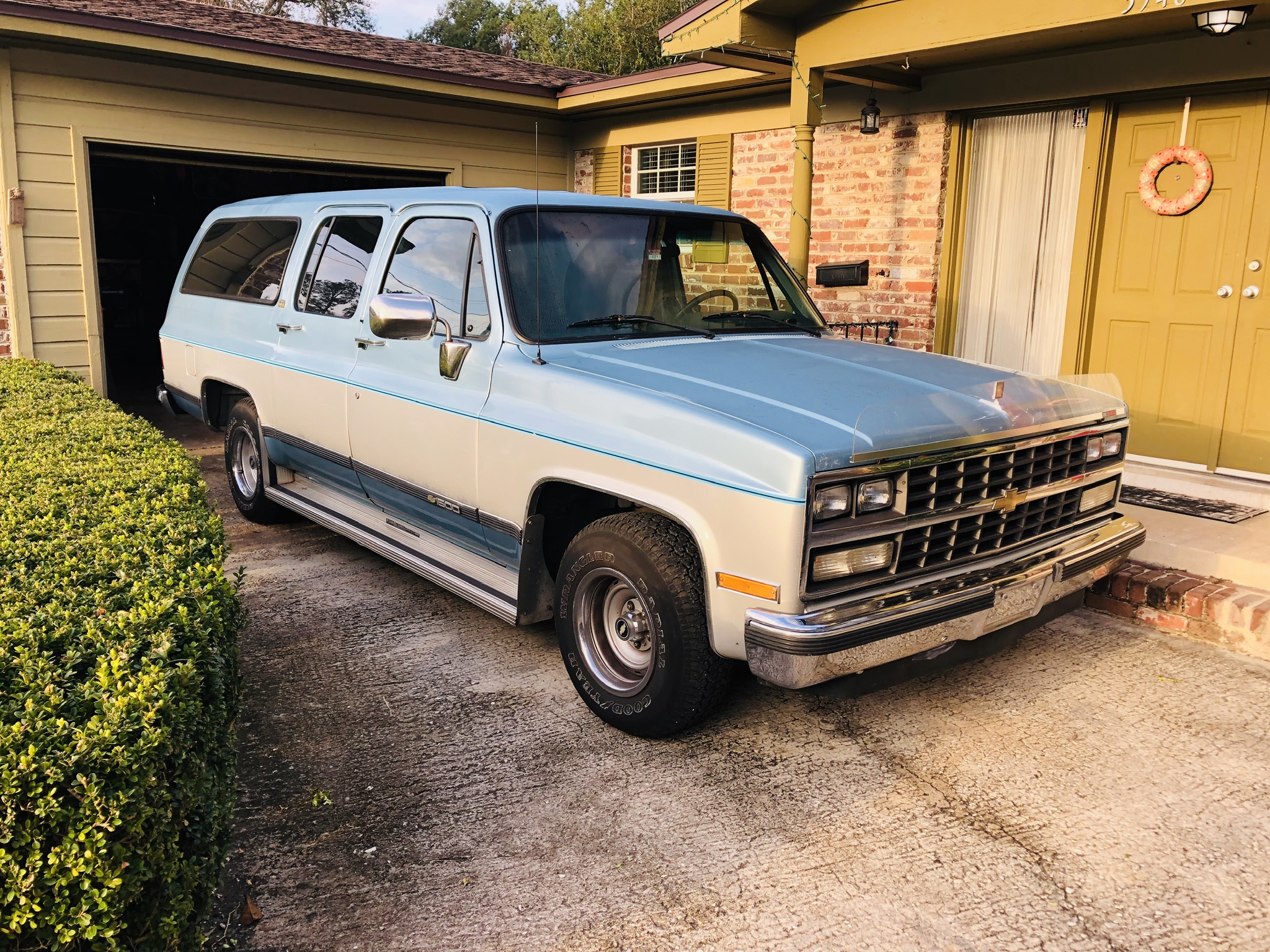 And so fate took its course.

Both families grew up with their suburbans and created many many memories.

When my dad’s suburban was passed to me, I foolishly let it go, and two suburbans later, ended up with the quest that is Saving Rusty the Mud Truck.

Mel’s grandad, however, never got rid of the blue bird. He has kept it for the last 30 years, and has kept it well. For the most part, it’s still in showroom quality condition, and only has just over 100,000 miles on it. The last 20,000 I have put on it over the last 5 years whenever it has been the loaner while Rusty is out of service. They mainly used it during her childhood to tow their 30’ camper to the mountains and Disney during vacations.

I had the pleasure of replacing the headliner in this truck, which I documented in my other build. 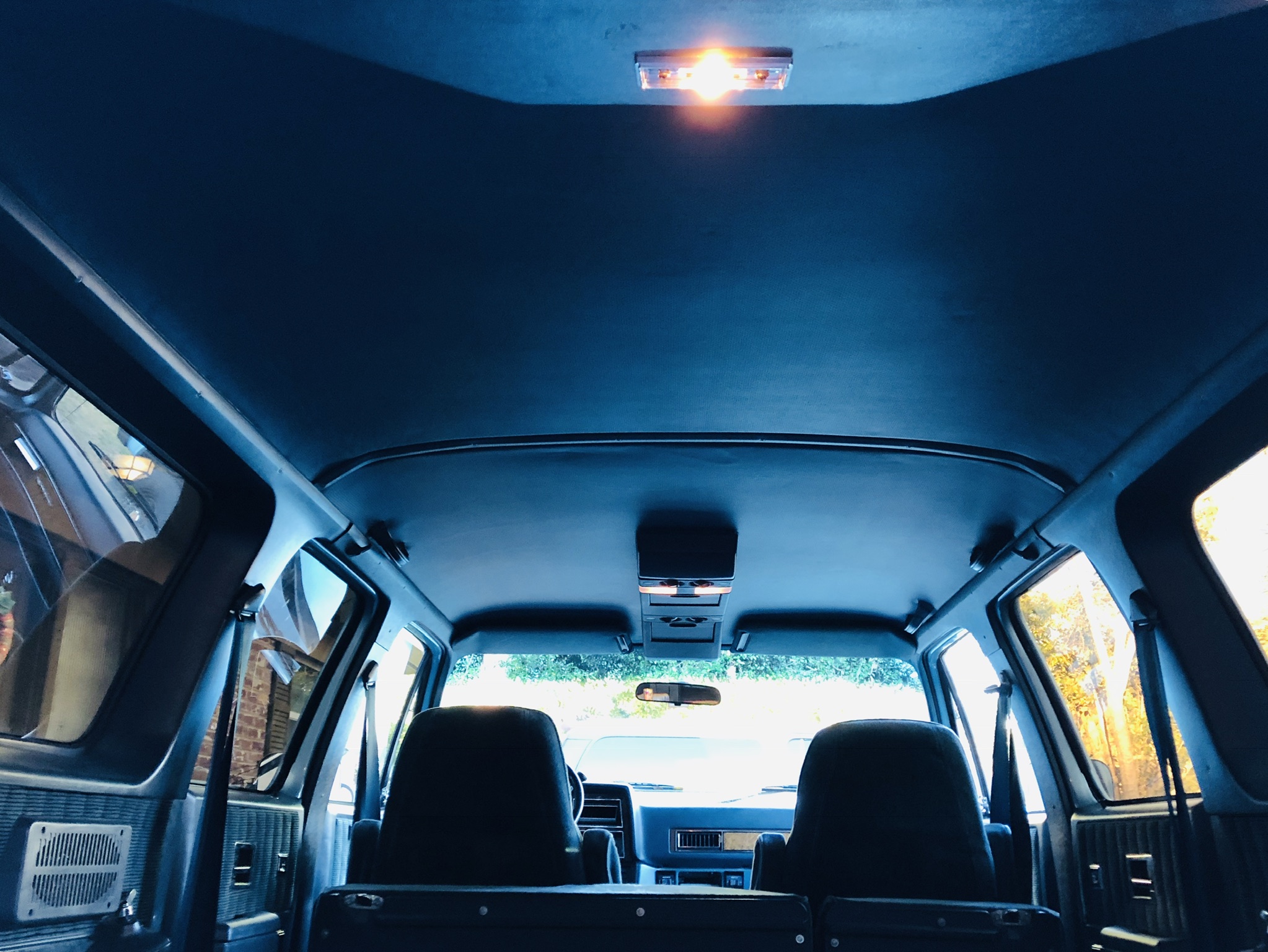 When Mel and I got married, and her grandparents discovered my love for Squarebody suburbans, they hinted at the possibility of passing it on to us when they got to point where they couldn’t drive anymore.

Well that day has come, but not for the reason you might think. Her grandparents are still with us, and her grandad is still as strong as ever, still driving at 92 years of age. It’s Mel's car that gotten to the point where it can’t drive anymore. A legacy in and of itself, she got it new as a senior in high school, and “drove it till it couldn’t drive anymore”. 18 years old and 215,000 miles, the little Volvo took her everywhere she wanted to go: many many road trips, to seminary school in Texas and back, into our marriage, and carried our kids wherever they needed to go. But this past week, it couldn’t go any further. We had already outgrown it, so instead of trying to fix it, we knew it was time to say goodbye. 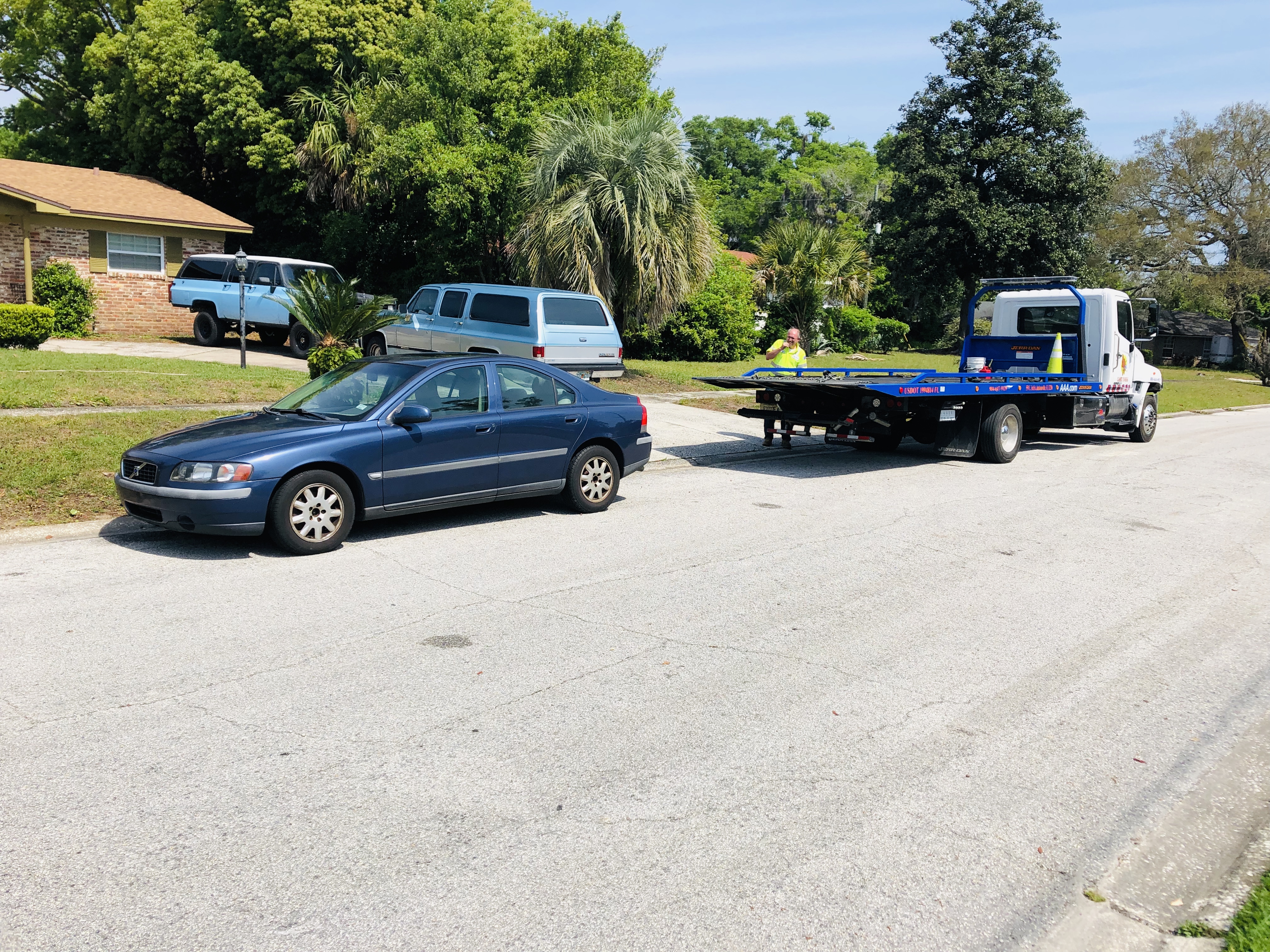 So her grandfather made an early offer on the blue bird, knowing that we needed it more than he did. We humbly and excitedly accepted.

This will be a slow build. Focusing on modern conveniences first:
- Bluetooth stereo with hands free calling.
- Keyless entry system
- LED exterior lighting all the way around.
- New seatbelts

More long term plans include:
- Sound deadening the floorboard
- 4” lift utilizing Rough County lift spindles for the front, ORD leaf springs for the rear, and Bilstein 5100s in all four corners.
- An AAM 11.5” 14Bolt rear axle with 4.10 ratio and a locker.
- 33” ProComp AT Sports on 17s.
- Rear airbags to aid with towing stability.

I’ve thought about a 4x4 conversion, but I already have a 4x4 Suburban so it’s not necessary to have a second. There are a lot of advantages to having the truck sitting a little taller though. And the suspension needs updating anyways.

This truck's theme is going to be to keep as original as possible while incorporating modern conveniences and stepping up to heavy duty status. It will rarely see hardcore action offroad, though a locker in the AAM should help with traction if it ever does see some light trails.

This truck will be a family road warrior with the ability to explore the back country.

Like I said, this will be a sloooowww build until the rehabilitation of Rusty is complete.

However, I’ve learned from my past mistakes, this truck isn’t going anywhere.

It’s ready to make memories with its 2nd generation of family.

Of course we’ve given it a name: BluJay.

Jay because, that’s the name of the original owner, Mel’s grandfather. 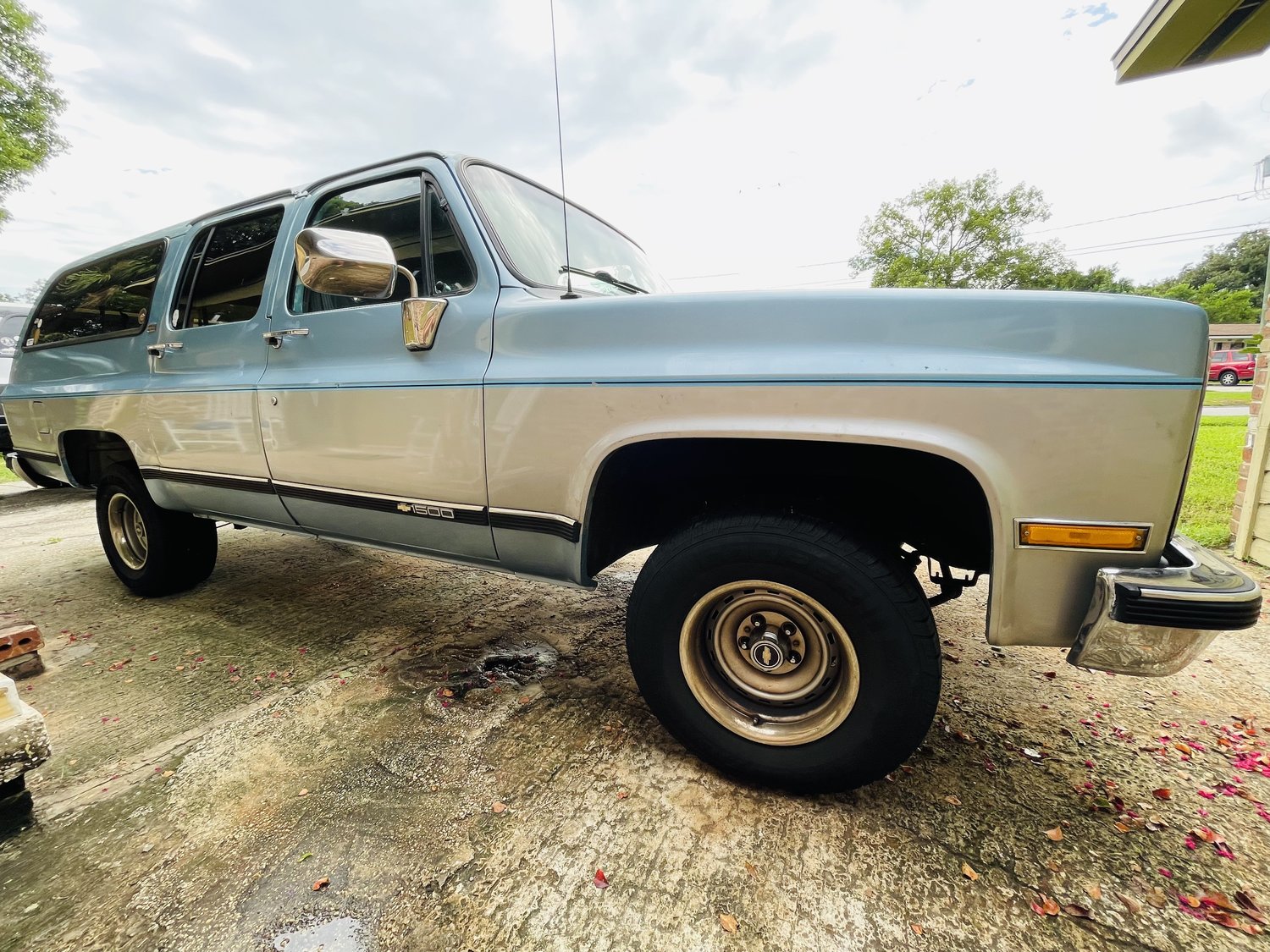 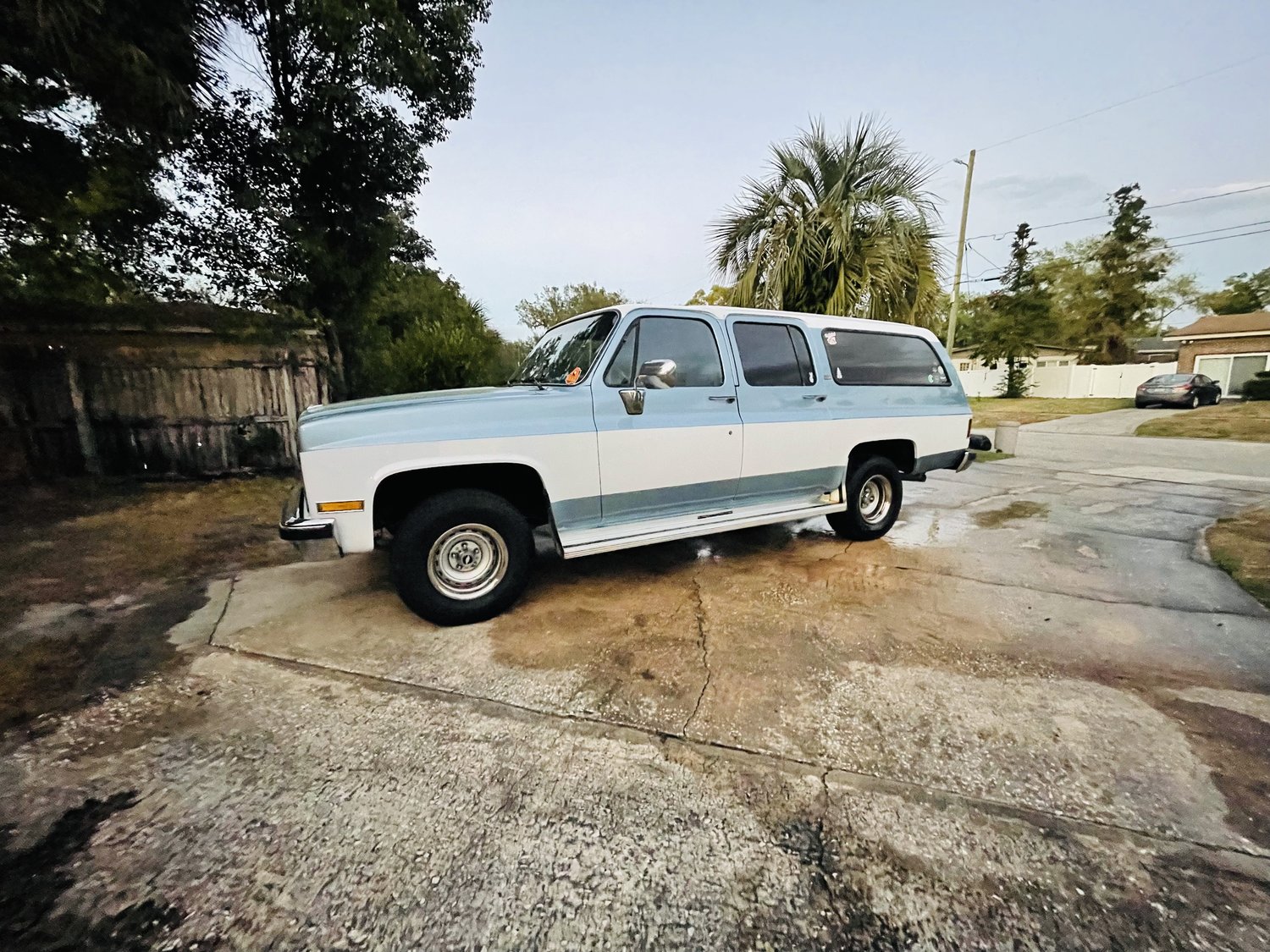 Every Part Is Replaceable