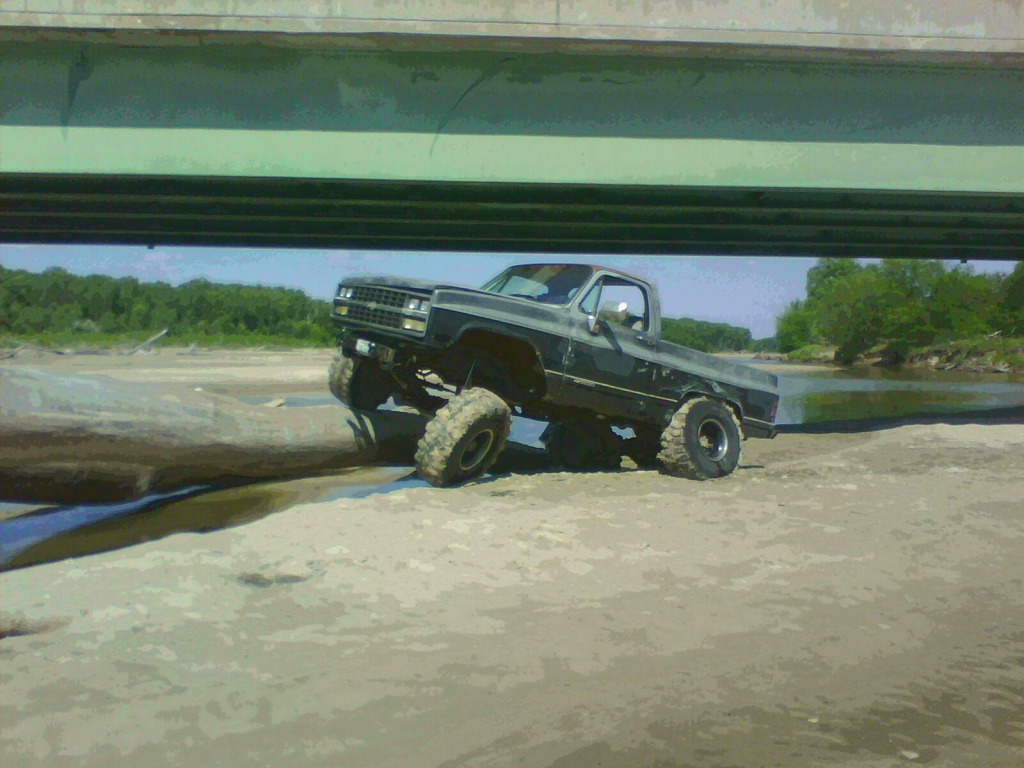 A couple of weeks ago I stumbled across this 1990 K5 for sale on here:

It was almost exactly what I was trying to build, the price seemed right, and I was bored, so I bought it. Last Wednesday, two buddies of mine and I flew out to L.A. to drive it back home to Nebraska. The following posts are from a hometown message board that my buddy Joe made. I am just going to copy/paste them. He took 1209 pictures on the trip (he is kind of a camera buff), and these are the 300 some that he narrowed it down to.

Since I was bored last week, Marty (82355) decided to buy a Blazer in Lancaster, CA and drive it back to Lincoln, NE. He thought it would be good for me to get out of the house, since I've been laid up for 6 weeks with a ****ed up ankle in a cast. John (Hillbilly) somehow snuck onto the airplane, and away we went.

Waiting on the tarmac.

It was nice once we pulled up out of the fog in Omaha.

Lovely evening for a flight.

We passed over several towns between Omaha and Dallas.

I think this is somewhere in Kansas.

This is how we roll. Drugs and cash, baby.

Howard Hughes has a shopping mall named after him.

We took a cab there for lunch.

I had a tasty burger.

This tree looks an awful lot like a cell tower. I'm not convinced.

First picture of the new rig.

Marty had to explain the numerous modifications to the awe-struck Hillbilly.

Rust inspection. None was discovered. Thanks, California desert! 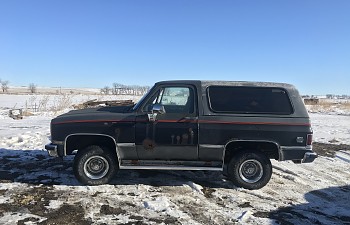 I've wanted a 1973-1975 K5 for years. Always been one of my dream rigs. The other day a buddy of mine posted a link to a 1975 K5 on Craigslist. The ad sucked. No pictures, no phone number, not much of a description. Just said 1975 K5 Blazer, no engine, $600. So I emailed the guy a few times. No reply. Was starting to lose interest. Than a couple weeks ago, I clicked on the ad again, just to get the email address, and try one more time. Upon doing so, I found the ad had been updated...