So despite my numerous endless projects Im taking on another vehicle. Not really because I want to, Ok I lied I do want it, but because I need it. For the past week Ive been doing heavy equipment welding/fab repair. It started out as a temporary one day thing working for a friend and kind of unfolded into picking up a very big repeat customer once they saw our work and drive to make some dough. Needless to say because my friend is so busy and I was doing 90% of the work he brought me in as a partner in his already established company with loads of brand new equipment. We went from having a one off side job to 2-3 months worth of backed up work.

We both discussed me getting a truck and knew it would happen. But it only took 4 days of work and having to stuff a mini excavator bucket in my wife grand vitara to say its time to go buy a truck now. Obviously I wanted a chevy. I told him I would burst into flames if we bought a Ford and a Dodge was out unless it was a Cummins and they're just too expensive. So tonight Im going to pick up a 92 GMC 2500 LD, 350/nv3500/241 with 4wd. This is going to be a work truck and its going to have a budget. Im paying out of pocket to set it up in the end as a capital investment into the business for him bringing me in as a partner.

So the start. Heres pictures from the ad. 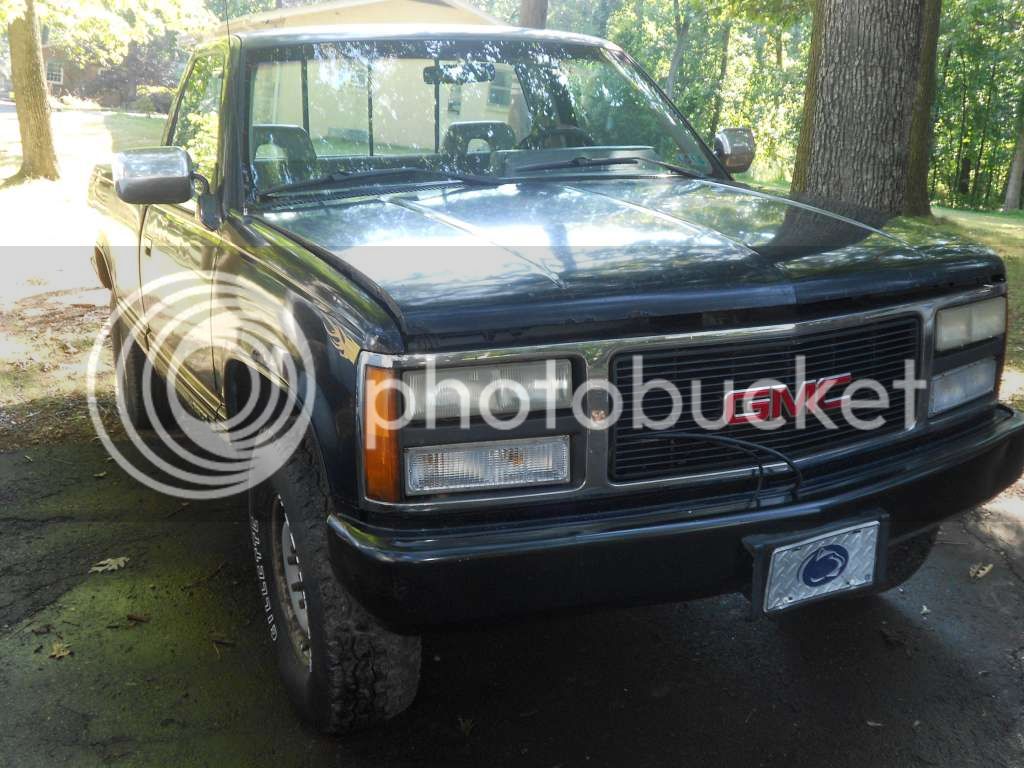 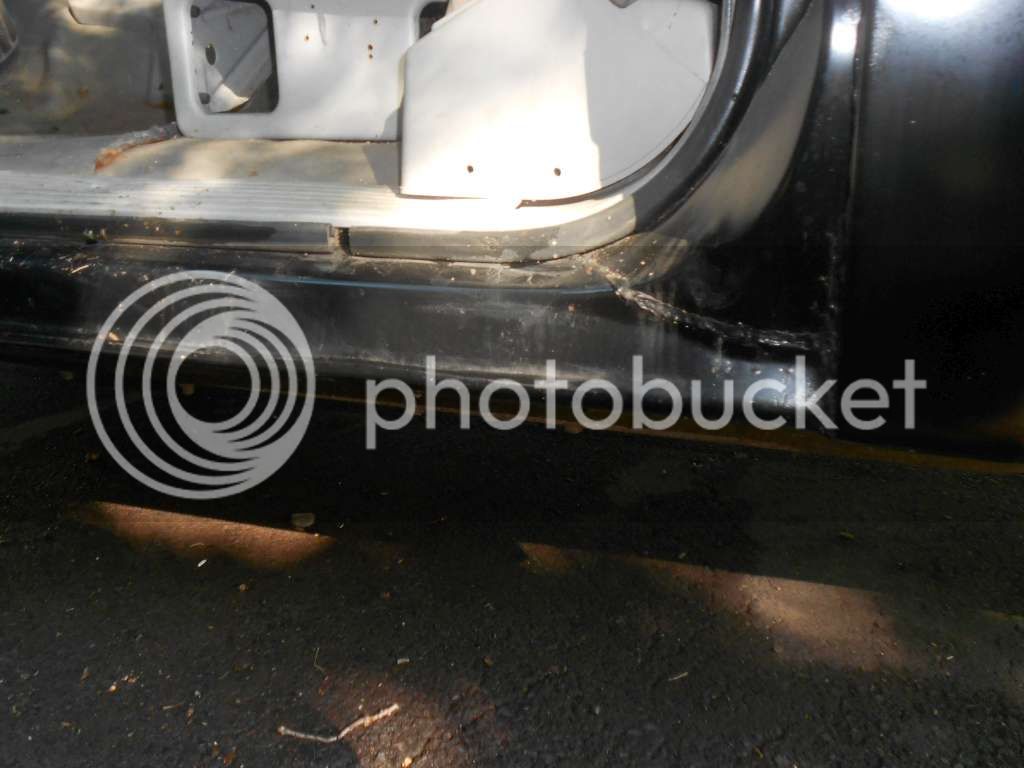 I have a 1992 K2500, 5 speed manual transmission w/chevy 350. I bought it about a year ago and have dumped a ton of time and money into it, but recently decided to buy a newer truck because I have no time for odd repair jobs that it will require.

There are a lot of nice (and new) things about this truck:

I am open to offers and will be as honest and transparent about this truck as possible. I hate to get rid of it but am running out of room. It would be a great reliable work truck with some luck or a new GM crate motor.
Click to expand...

So the nice thing is the guy did the rockers and cab corners, and it looks like he did a decent job. He also said the body mounts are solid as he's had numerous GMT400s before and wanted to address them before they were terrible but found them to be good. Obviously the bad is its going to need a door and its got some miles. Im not overly concerned with the miles as I plan on showing this thing some love, on a budget though!


So now the best part of any build but with a twist. The initial plan list but this time with a budget and estimate too. Some items will be down the road more so.

BUDGET $5000 - Im starting with a decent budget because it going to include an engine driven welder. The other idea behind paying for my own truck is that when I move to Virginia I can take my whole rig with me to work.

Transplant the metric 33 duratracs from the tube frame - Im calling this a wash, theyre already paid for and if I dont put them under something theyll be ruined by the time I have the wheeler together.

Miller Bobcat - Still up in the air, might wind up being free for all I know.

Change the motor out to something less used - ???
(Up in the air on a price, a vortec 383 w/ the TBI would be nice but Im gonna keep my eyes open for deals. I was hoping to find a TBI build I liked that there was already a proven prom out there for. Im not really looking to LS swap this truck)

The plan for now is to just drive it. Change the drivers door and the back window for junkyard replacements, do the bed for it, get the tires on with maybe a 1in body lift and make money with it. 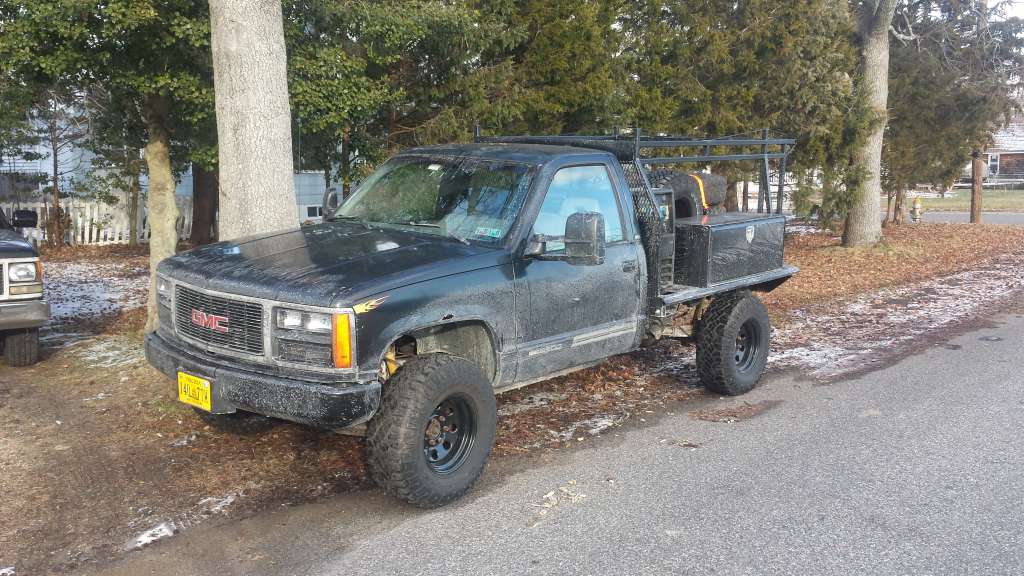 Im like a damn clown juggling projects here. So tonight I brought home an s10. I couldnt pass it up. The guy did full rockers and cab corners with pictures to prove he did it the right way. Plus a fresh door, fresh front clip, new core support, and a clean bed to donate to my buddy for his s10 street rod. It came home for $600 with 335k on the clock and a 4.3 motor I refuse to believe has that many miles on it. This all started with this today. Then I went and bought this for $600...

We all have a disease. At least Im in good company of others with the disease. The first thing the wife said when I went to buy this truck was "This isnt gonna be another thing you sink a **** load of money into is it?" I gave her a boldface lie of a NO! right to her face and she knew it too. Only reason Im getting away with it is cause she likes the thing :D So Ive spoken of it on here but never really elaborated. I bought a 90% done project from a guy on craigslist. Specs as follows...

Other
Pzuzu The Isuzu Build (RIP)

So finally after all the chatter I made a move on a new truck. My daily driver (1999 Stratus) is not long for this world. Water pump went on me the other day, car over heated, gauge didnt lead on to how bad it actually over heated and the head gasket cracked. Got lots of nice oil boogers in the radiator and its just not worth fixing. So onto craigslist I went. 24hrs later I brought home a 1994 isuzu trooper with a 3.2L v6, 5 speed, 4wd, Isuzu 12bolt rear w/ 185,000 miles for $900. Shes up...

Well someone requested some pictures of the bed I'm working on in the tool shed. IMO its going slow but coming out really well. Heres a day and a half of work. Theres also a crappy pic of how my welds are coming alot. A straight bead and a stitch. Could always use advice on how to improve to please critique.