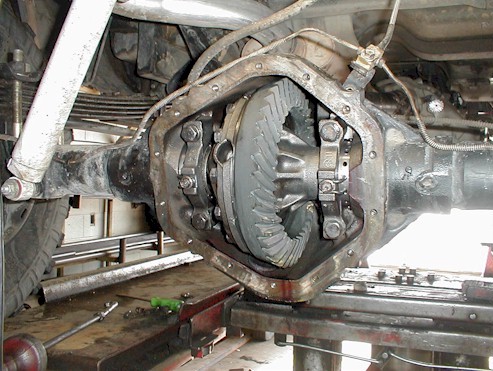 14-Bolt Gear Install
​
After installing our long awaited Dana 60 front axle with 4:88 gears we needed to re-gear our 14-bolt from 4:10 to a 4:88 ratio. For our new gears we called on Drive Train Direct in Corona California, they sell only the highest quality brand name drive train components and were very helpful, they quickly had a Precision Gear 4:88 ring and pinion with install kit delivered to our door. Drive Train Direct carries a full line of Performance and Racing drive train components, from spools, axles, yokes, to complete units, their price, selection and quality parts make it a must to check them out when shopping for any drive train components.

We perform almost all of the work on project "UAV" ourselves, but when it comes to setting gears we decided to let professionals handle this one. The steps outlined below are meant to give perspective do-it -yourselfers a general idea on what is involved in setting gears, there are many other factors such as experience, proper tools and adjustments that also must be factored in. We called Tanner 4 Wheel Drive in Colorado Springs Colorado, to perform the gear swap, they have been in business more than 27 years and have extensive knowledge and experience in setting up 4x4 vehicles properly. One look at their website and you know these guys are serious, not only do they perform custom work on off-road vehicles, they hit the trails and abuse them, in fact, Pete the Manager has competed in the Good Year Extreme Rock Crawling Championship.

Tanner started the installation by putting our Blazer on their hydraulic rack and removing the axle shafts, because our axle is full-floating the tires didn't need to come off. The diff cover was removed and the fluid allowed to drain in preparation for gear removal. While the fluid was draining, the drive shaft was disconnected and tied out of the way. Next, the differential adjusting screws were removed to gain access to the side bearing adjusting nuts that rotate, one in a clockwise direction and the other in a counterclockwise direction, allowing the removal of the main caps and carrier. 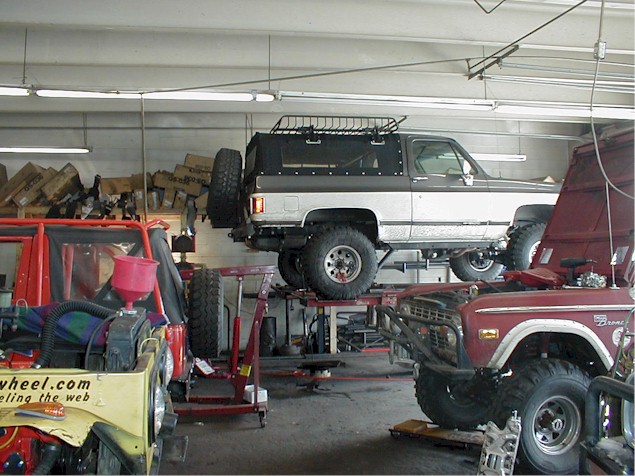 On the Operating Table 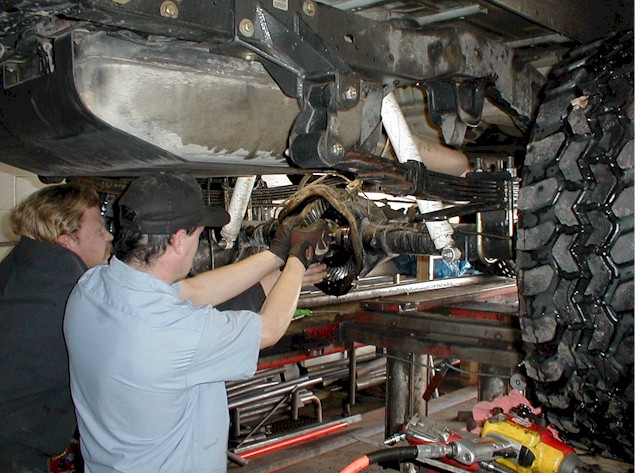 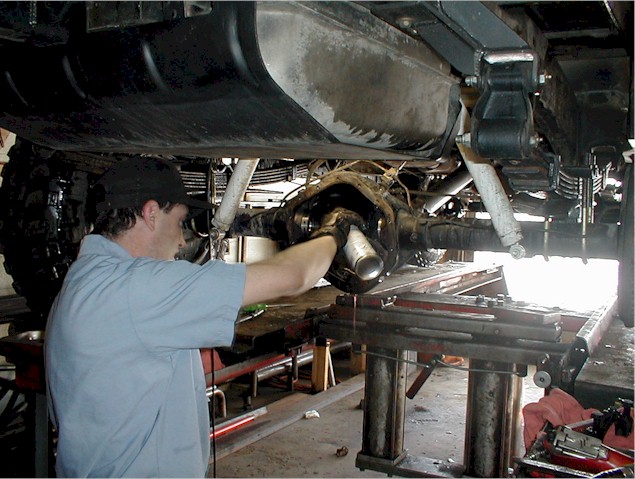 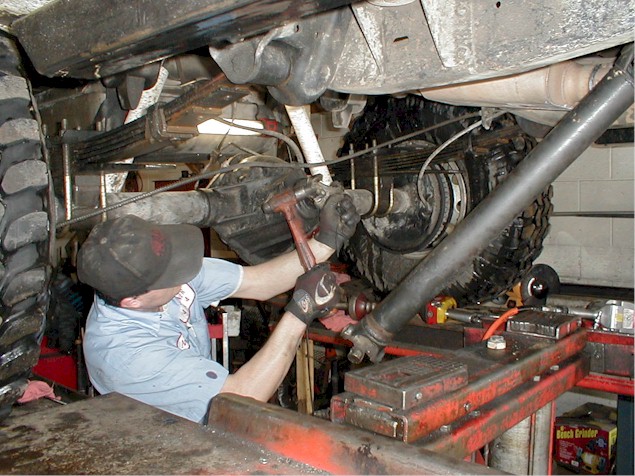 Removing Pinion Assembly
​
The pinion gear which includes part of the front housing was removed next with a little persuasion from Mr. hammer and placed on the press ready for the next step. Once the carrier and pinion shaft were removed, the case was thoroughly cleaned to remove any remaining oil and metal shavings. 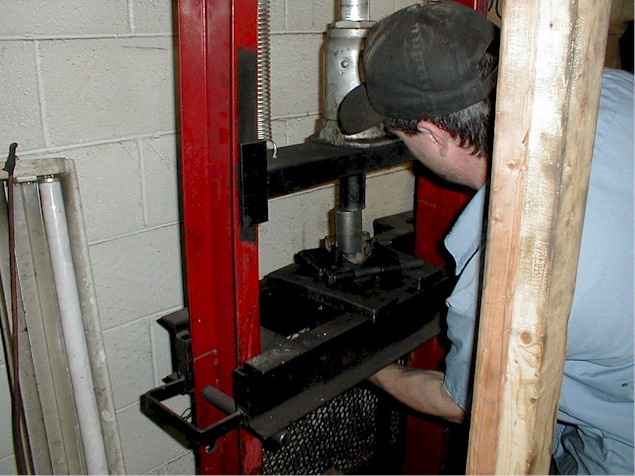 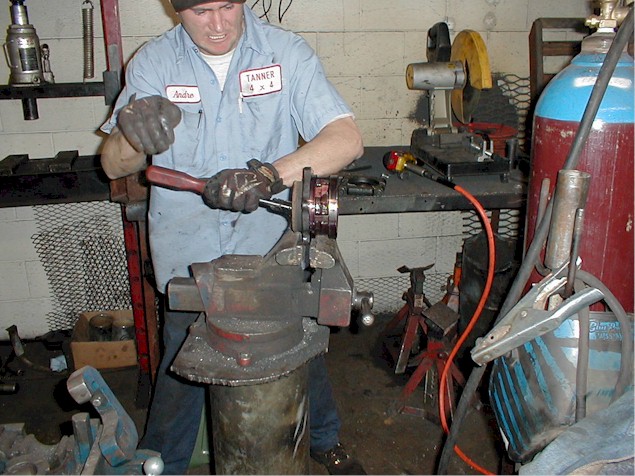 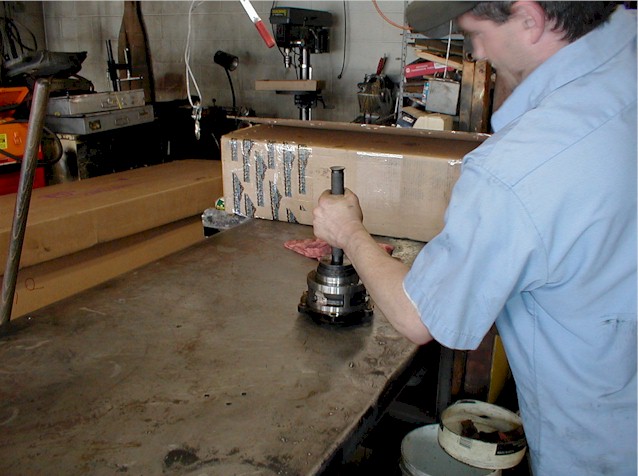 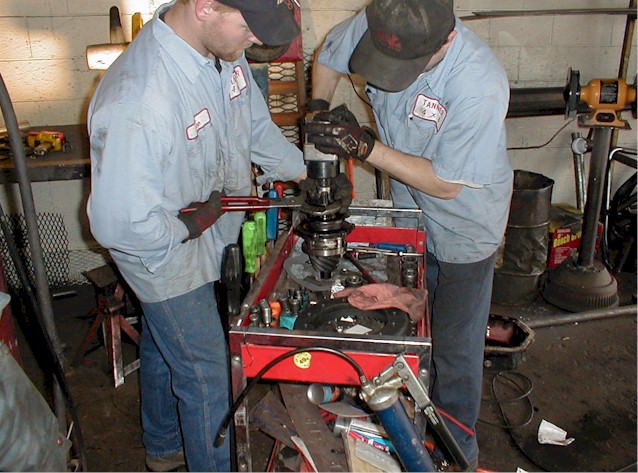 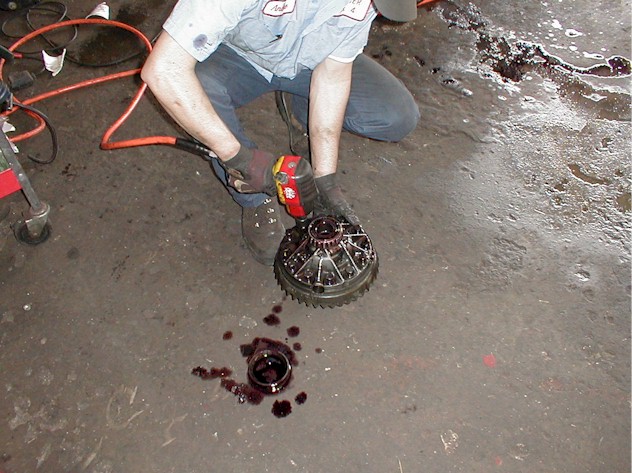 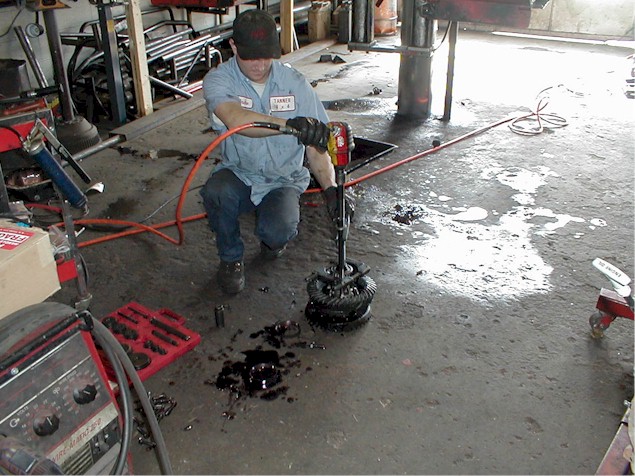 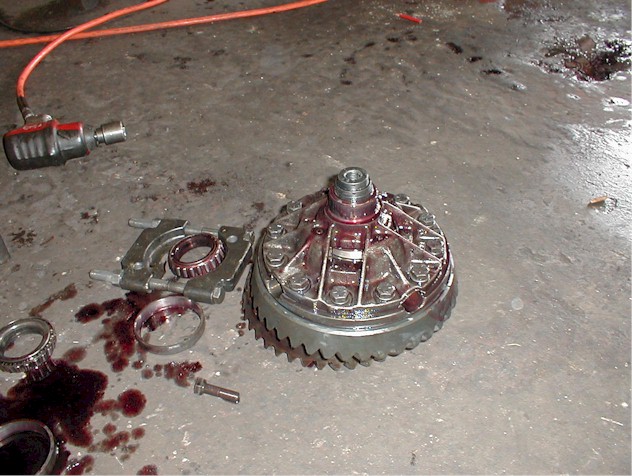 Pressing in New Side Bearings 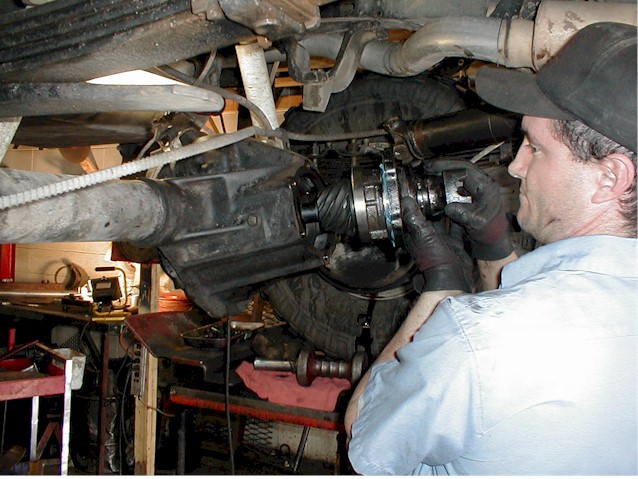 Installing Pinion Assembly
​
The old ring gear was removed from the carrier to make way for our new 4.88 gear which had been dipped in a hot tank earlier to ease installation, hot tanking the gear heats it up and expands the metal making it easier to fit over the carrier. The same process of removing the old bearings and races and then installing new ones applies to the carrier assembly, once this was finished it was hoisted into the housing and checked for pinion depth and backlash. Once everything was set up correctly, marking compound was applied to the ring gear, this process was used to show if the gear/pinion shaft wear pattern was within tolerances. This step is the most critical to get correct and one of the reasons why we let the professionals at Tanner 4 Wheel drive perform our re-gear. 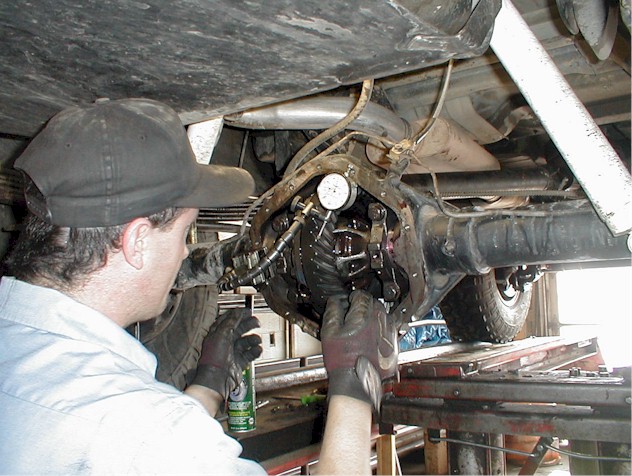 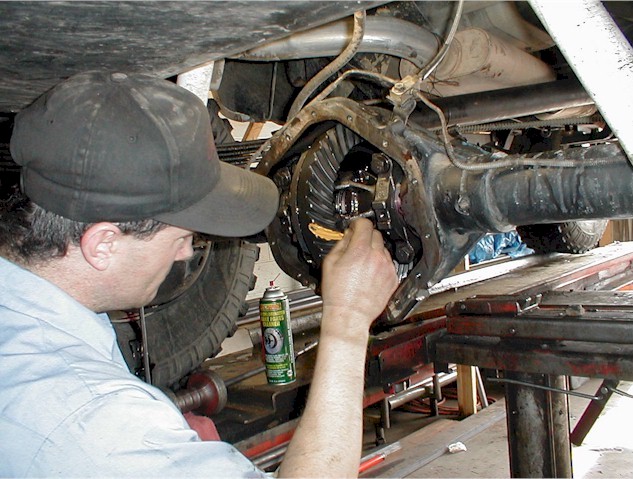 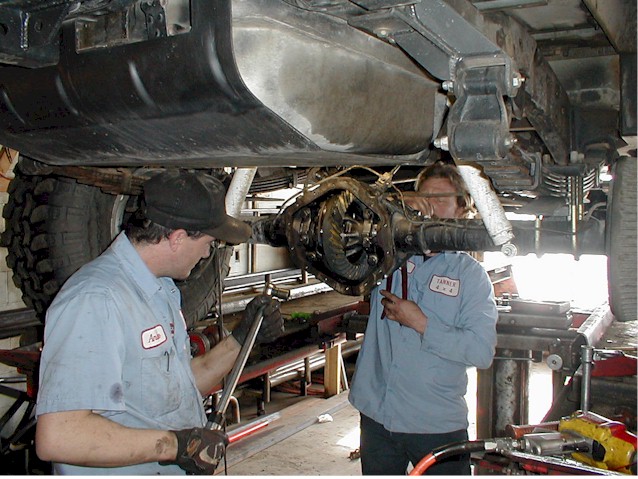 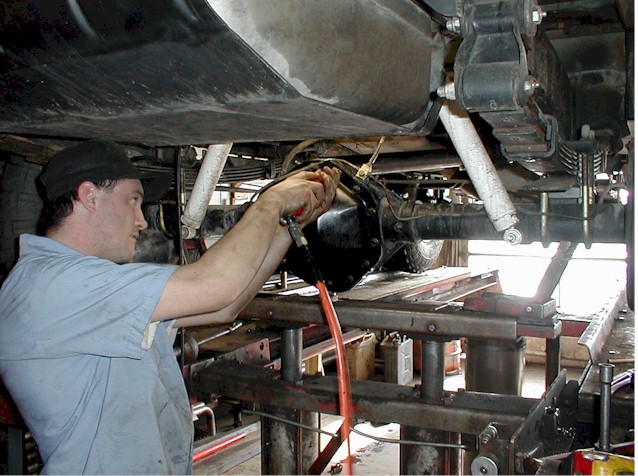 Installing Diff Cover
​
At this point the diff cover was installed with a fresh gasket and the pumpkin filled with gear oil and it was out the door for a test run. Our new gears our going strong thanks to Andre, the "Gear Guru" who installed our gears and all of the staff at Tanner as well as the fine folks at Drive Train Direct. In addition to performing gear installs, Tanner also fabricates custom bumpers, winch mounts, tire carriers, roll cages and can ship anywhere.