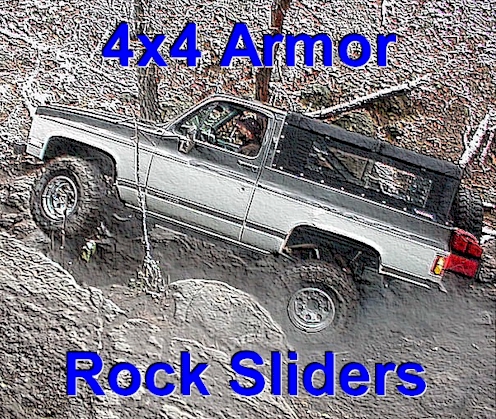 4x4 Armor Rock Sliders
​
When Fredd from 4x4 Armor contacted us about a prototype set of rock sliders they were working on, we jumped at the chance to get them on our project K5 Blazer for a test run. Let's face it, we have all seen these on everything from Jeep's to Suzuki's and have often admired how easily a 4x4 can slide over rocks without body damage. Up until now, the only choices have been weak nerf bars or custom fabricated units made by those lucky enough to own a welder.

Because these units were in the prototype stage when we received them we were unsure on how they should be mounted, at first we thought they should be mounted to the frame only, but because of the long distance to the frame they would probably flex into the body. The more we thought about it the more we liked the idea of mounting them to the frame and the body, but then there is the risk of picking up vibration from the frame and transferring it to the body. Another problem with any kind of fabricated parts is the fact that no two Blazers are identical, as an example, distance from frame to body lip can be off as much as a 1/2" or more between vehicles of the same year. 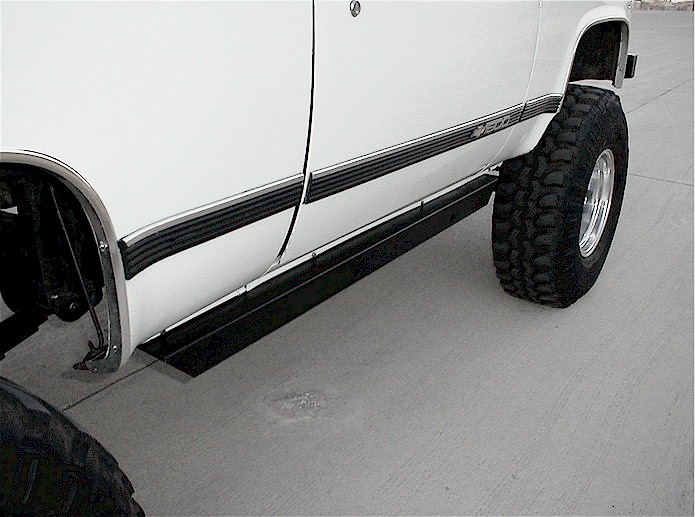 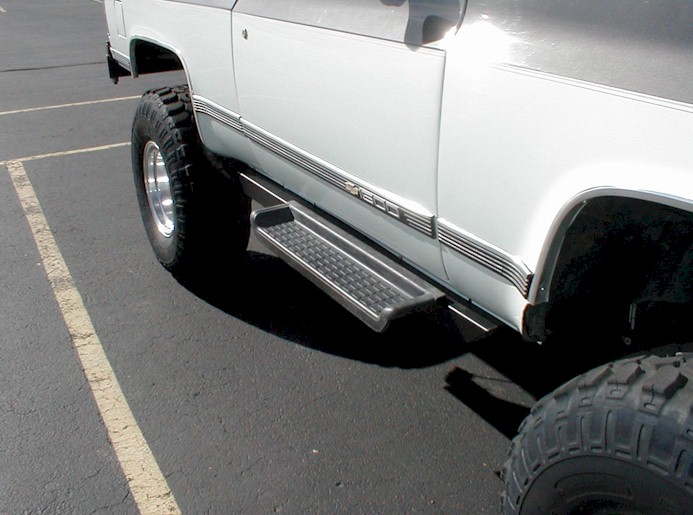 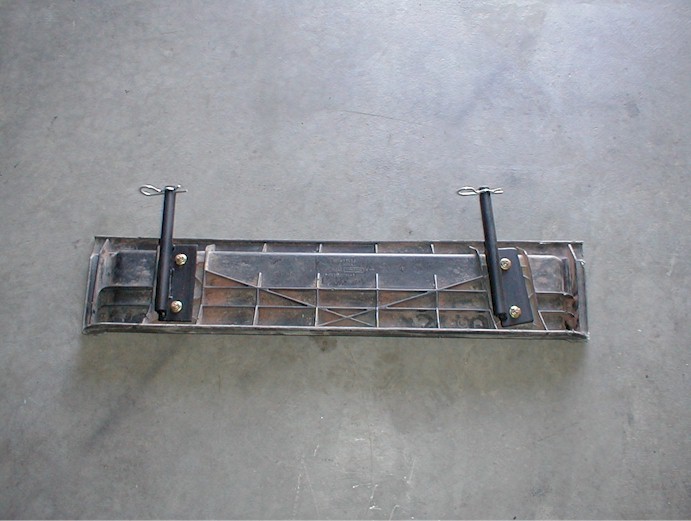 Step Brackets
​
As for our set, the braces didn't quite fit because they were a little to short so we decided to cut them off and fab up some braces that mount to the inner body support. But before we could make the new braces a trip to Left Hand Canyon here in Colorado was planned, so we said, hey lets test them just the way they are, just bolted to the body supports in two locations. Our Blazer came down a few times on the sliders very hard without budging at all, in fact at one obstacle a large rock actually pushed the Blazer out of the way with all the pressure against the slider, again they didn't move an inch.

We gave 4x4 Armor a call to see if they could come up with a mounting system that would offer strength but still allow movement between the frame and body. It wasn't long before Fredd had a solution, he made the support braces 2" shorter, then he cut the braces in the middle to form two sections, next, tubes that have the same inside diameter as the outside of the now cut braces simply slide over both ends to form one brace, then all the customer has to do is mark the braces and have the three sections welded together. A rubber support (supplied) gets sandwiched between the frame and the brace to allow for flex as well as keeping the vibration out. Having the braces welded involves an extra step for the customer but allows much more strength than an adjustable method and allows the fit to be unique to each customers vehicle. 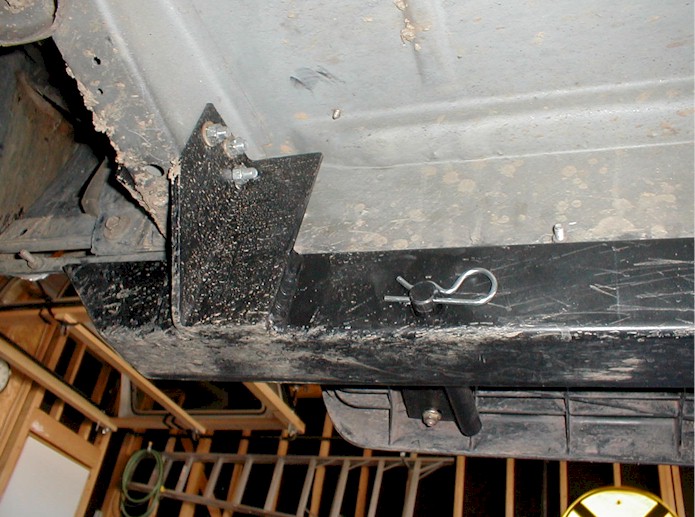 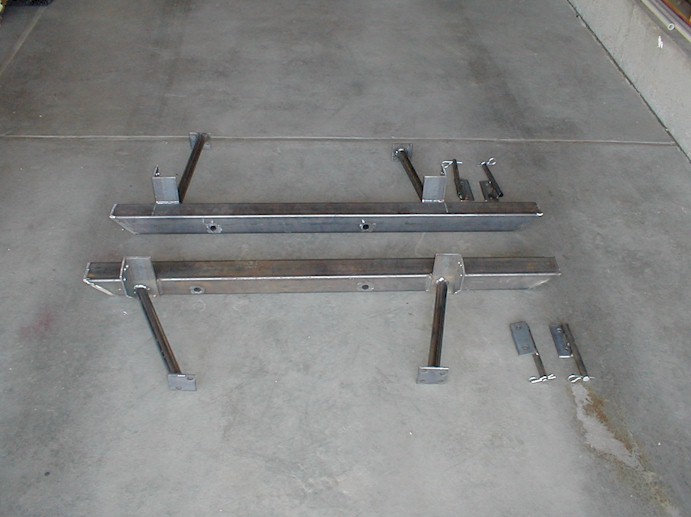 Reason to buy Rock Sliders
​
The Rock Sliders come standard with 3/16" thick 2x3 steel or 3x3 steel to mount optional 1997-00 Jeep TJ steps. Because out project is a daily driver we ordered the 3x3 sliders with the optional provision for TJ steps to make getting in and out hassle free. The sliders come with the hardware you need to mount the steps through two sleeved holes in the sliders. They are held in place with two pins for each step on the back side of the slider for easy removal, what you have is the best of both worlds, ultra tough sliders for the trail and optional steps to help get mom and the kids in safely.

Company
4x4 Armor **Out of business**