4x4 Armor Winch Bumper
​
Are you looking for a strong and aggressive front bumper to stow your new winch, but can only find weak or chrome show bumpers that would fold up like a pretzel the first time you hit a rock, if the answer is yes, then 4x4 Armor, a division of S.E.C. has what you're looking for. With the supply of quality bumpers for the older style GM Blazers, Trucks and Suburbans being almost nonexistent, it is nice to know that there is a company out there who takes pride in their work and produces a high quality bumper.

The first thing we noticed about the bumper was how the frame brackets were designed, they incorporated a top flange that fits over the top of the frame rail, this should prevent the bumper from rotating on the frame. Another item incorporated into the design is the use of strengthening braces that bolt to the back of the bumper and to the frame to form a triangle for added strength in the same manner as the factory setup. 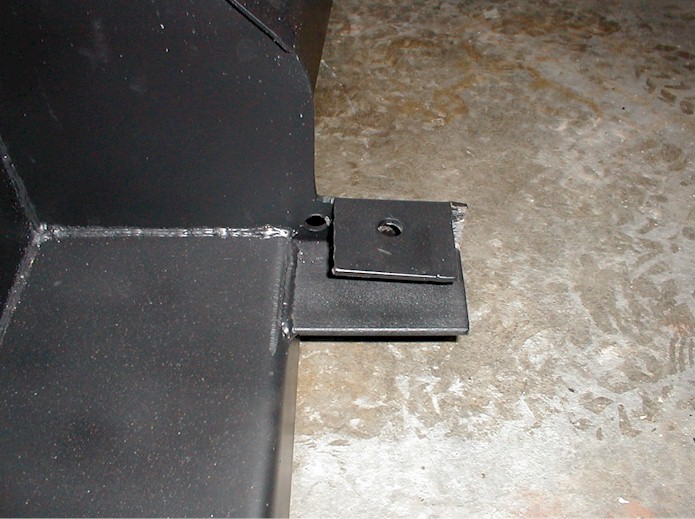 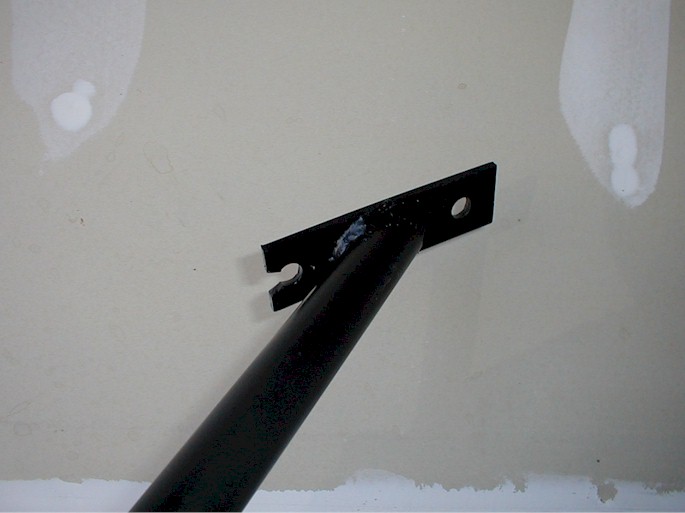 Cut out Hole on Brace

Bumper to Frame Brace
​
The bumpers come unpainted with grade 8 hardware and may also require a little sanding if you want them to look their best. We decided to order our bumper with the low push bar and 2" receiver hitch for functionality and good looks. The bumper weighed in at 115 lbs., add another 86 lbs. for the weight of our Warn HS9500i and you have 201 lbs. of "I better call a friend for help". The winch has to be mounted in the bumper before installation, this will allow the bumper to fit snug against the body and allow better approach angles, it also acts as a theft deterrent. Because GM frames are very flexy and no two are exactly the same we had to apply grease to the outside frame rails, along with the use of a hi-lift jack in between the leaf springs to spread the frame 1/8 of an inch. This is were a friend comes in handy, we had to lift the bumper/winch combo up to the frame a few times for positioning.

The bumper brackets come predrilled to match the factory holes, this makes it very easy to install the bumper, we used a large screwdriver inserted through the holes in the bracket and the frame to help with alignment. After the bumper was in place and the 1/2" bolts tightened we installed the outside bumper to frame braces using the supplied hardware, it was a little tricky on the drivers side due to the tight area between the front body mount and the steering box, we had to open up a hole on the brace with a grinder to allow it over the studs on the bumper, we could have avoided this if we installed it the same time as the bumper. 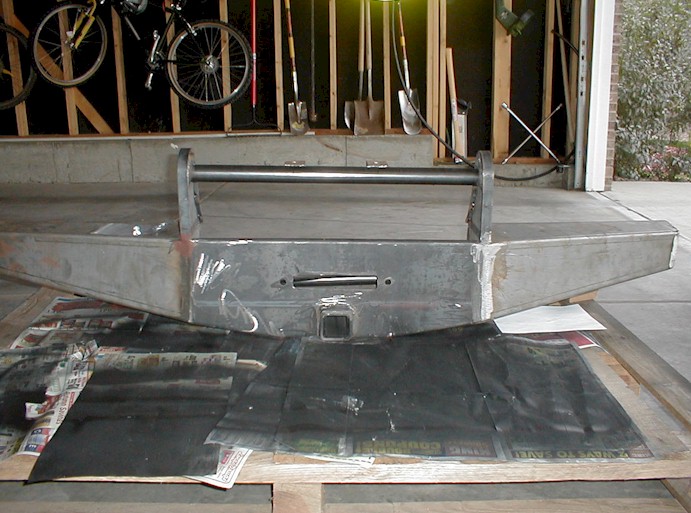 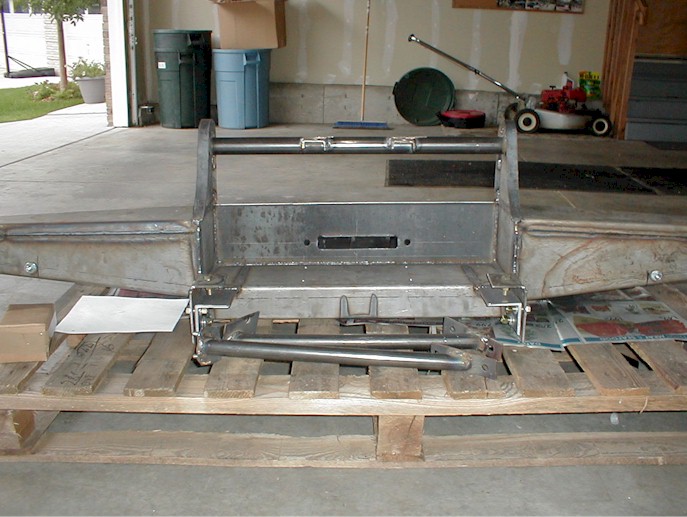 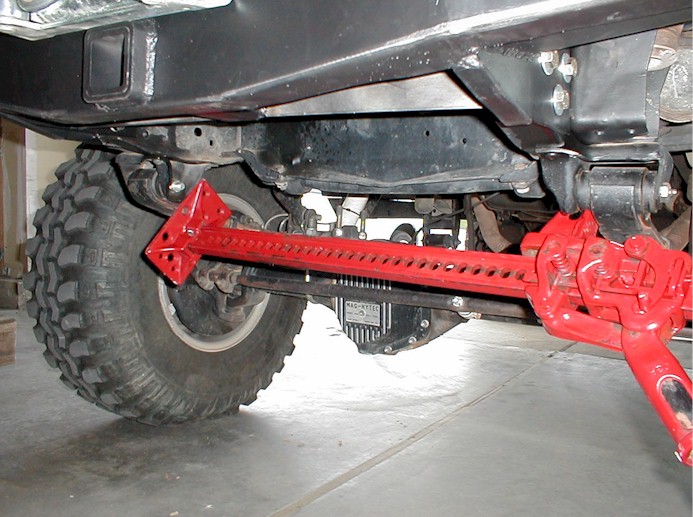 Spread Springs Apart
​
The bumper brackets, winch tray and sides are made from 3/16" thick steel while the vertical center front panel is 1/8" thick steel (this was taken thinner because it is only there to attach the roller fairlead, and is backed by the winch tray and the hitch receiver), and the push bar tube is 0.150" wall thick. We were very impressed with the mounting brackets and how the bumper fit snug against the body, it also sits very high compared with other bumpers which allows for better approach angles. Another benefit of the 4x4 Armor design is that it allows for frame flex by not mounting under the grille support, it simply mounts in front of it. We only had one small problem with the bumper which was the winch hole had to be enlarged by approximately 1/2" to allow proper cable clearance. Even with the one small problem this bumper is the best we've seen so far for the early GM's and should be able to take major off-road abuse as well as look great for years to come. The bumpers can be ordered with just the low push bar as ours was or with a full blown push bar and brush bar as well as a host of other accessories. The bumper is fully sealed so it can be used as an air tank, or it can be ordered with optional storage compartments. Overall We were very impressed with the design and fit of this bumper, as well as working with Fredd from 4x4 Armor to order the bumper exactly the way we wanted it. 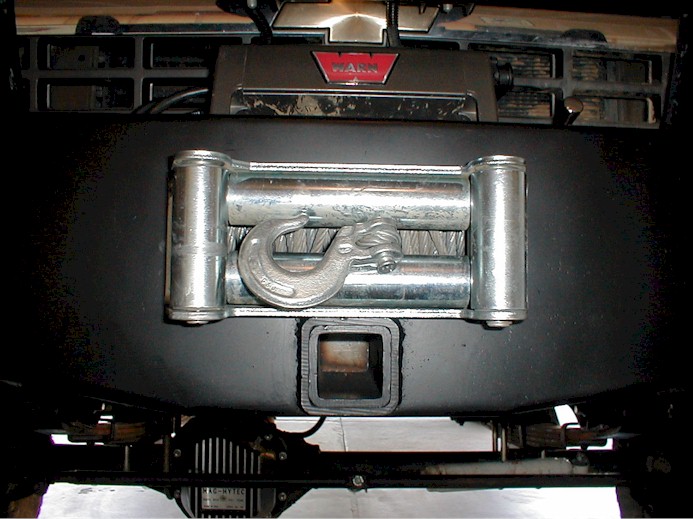 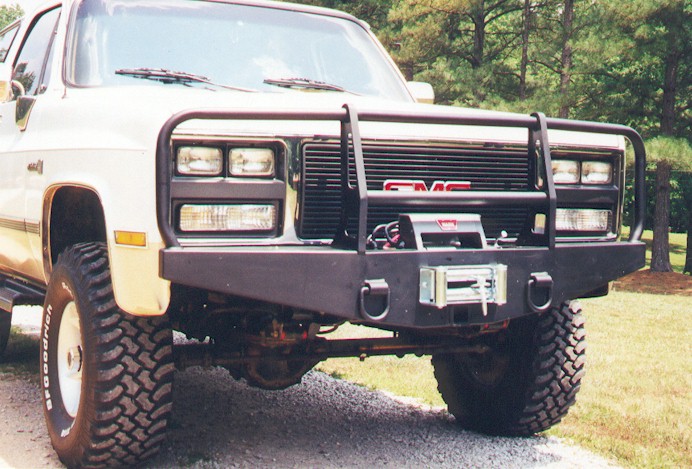 Company
4x4 Armor **Out of business**