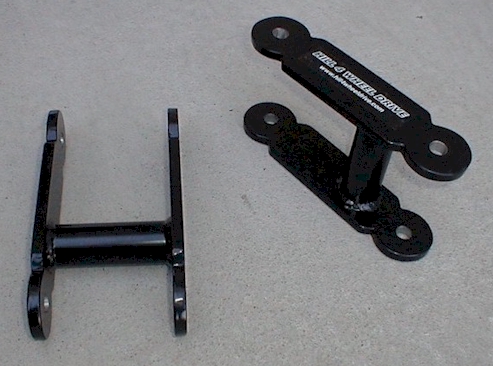 Hill 4 Wheel Drive Extended Front Shackles
​
Need a little extra lift in the front to clear those new meats and to allow for further spring compression? Hill 4 Wheel Drive may have the answer for your 69-87 GM Pickup and 69-91 Blazer/Suburban. Front shackles are often overlooked when installing lift springs leaving inadequate clearance for the front springs to compress. Hill's extended front shackles are a full 2" longer than stock which keeps the springs from hitting the frame, they also feature a 3/8" Side Plate, with 3/16" wall tubing center strut to help prevent twisting and come in a black powder coat finish.

They come predrilled for the stock 7/16" bolts, but can be ordered with the holes drilled out to 1/2" to utilize Offroad Design's greasable poly bushings, this is the route we took. Upgrading to 1/2" bolts will increase the strength of the shackle setup which is a big improvement over the stock bolts. Brennan Hill suggested a 3 degree shim under the spring pack to keep the caster in check, the shim will also point the pinion back up. Since we had a 2-1/2 degree (Rancho part number RS8125) shim readily available it was used instead with no problems.

Installation was straight forward, we utilized our handy retaining wall bricks along with two jack stands to acquire the desired height under the frame. Because we wanted to upgrade the front spring hanger bushing as well as add shims, we found it easier to unbolt the u-bolts and drop the axle down so the entire spring could be removed. After the springs were removed the top shackle bolts were removed along with the stock shackle plates. You will also need to remove and replace the bushings in the springs since the newer bushings have a larger hole for the 1/2 inch bolts. Surprisingly enough, the top shackle bolts were removed without a problem, new ORD bushings were then put into place. Installing the new heavy duty shackles was a little tricky, the holes didn't quite line up exactly and the shackle had to be flexed a bit with a long screwdriver to get the 1/2" bolts started. After the top shackle bolts were installed, the spring packs with the new bushings were installed. The axle was raised up to the springs, via two floor jacks, with 4" shims placed between the spring pads and the springs. 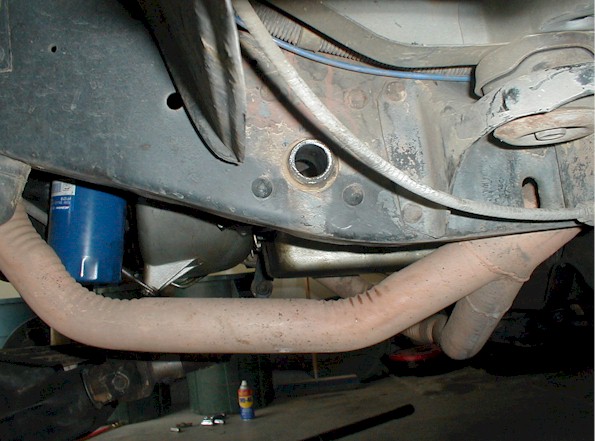 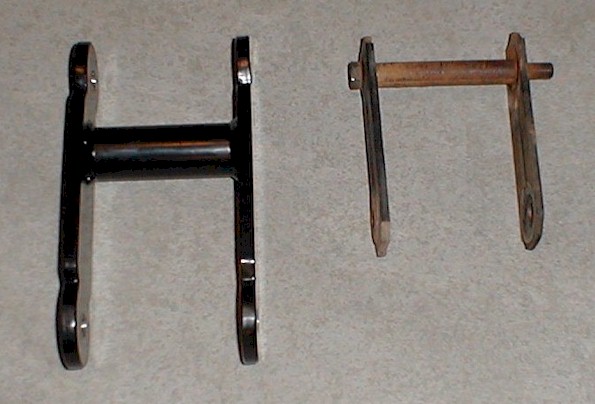 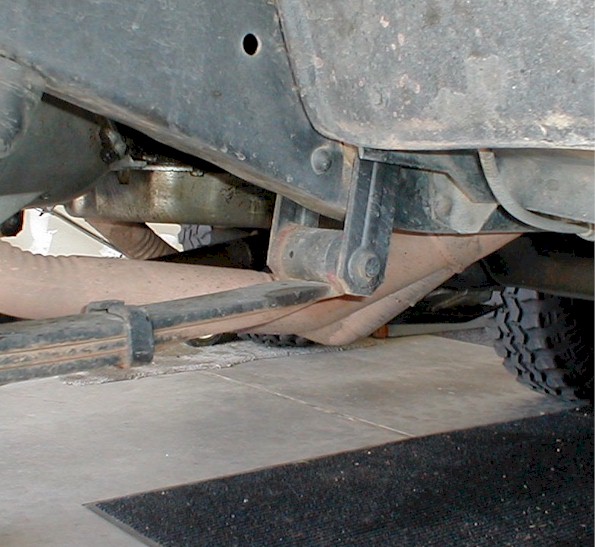 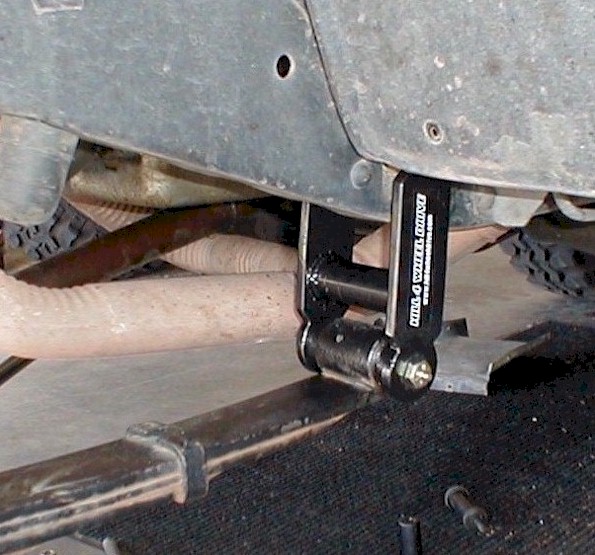 Extended Shackle
​
When the factory hardtop was removed from our project Blazer, we noticed that the rear suspension now sat higher than the front, by using Hill 4 Wheel Drive extended front shackles the front suspension now sits level with the rear. Our new shackles along with the 4 degree shim raised the front end by 1-5/8" allowing more than enough room for spring compression as well as much needed room for our 36" swampers without the need for higher lift springs. The extra strength of these heavy duty shackles have been holding up great and should last for years to come.