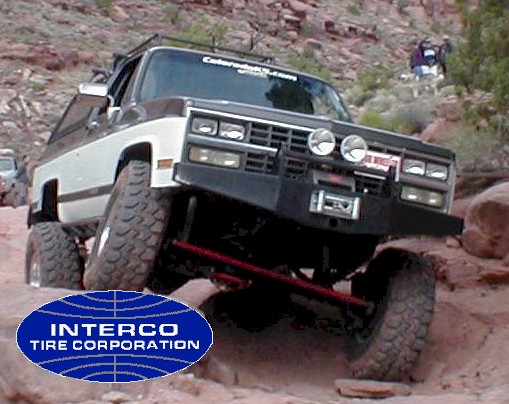 37x12.5x16 ("E" Load rating)
​
Interco Tire Corporation has specialized in maximum-performance off-road light truck tires since 1972. Their product lineup is considered by many off-roaders as good as it gets. Super Swamper tires have diversified over the years to meet the various needs of off-roaders, and the new SSR series is no exception.

The SSR is a radial design, which in past history meant weaker side walls than the beefy bias ply models, not so with the 37" SSR's, in fact it holds the strongest rating for a light-truck tire. The 10 ply rating give it an "E" load capacity of 3,970 pounds for the ultimate in sidewall strength. For a heavy full-size truck especially one that is used for towing the SSR is a great choice.

With project "UAV" sporting one-ton axles and 16" wheels, our tire options were limited to say the least, so when we heard that Interco tire was coming out with the new 37" SSR in a 16" format we quickly ordered a set for evaluation. We previously were running 36x12.5x16 Super Swamper TSL radials and really liked the off-road performance but felt bigger is better and the more room between the rocks and our 1-ton axles the better. 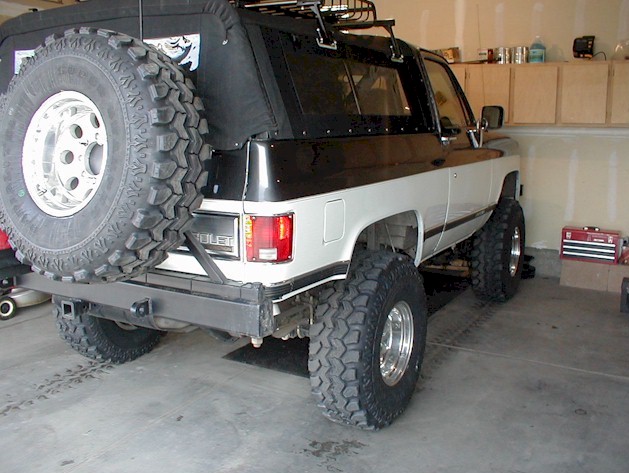 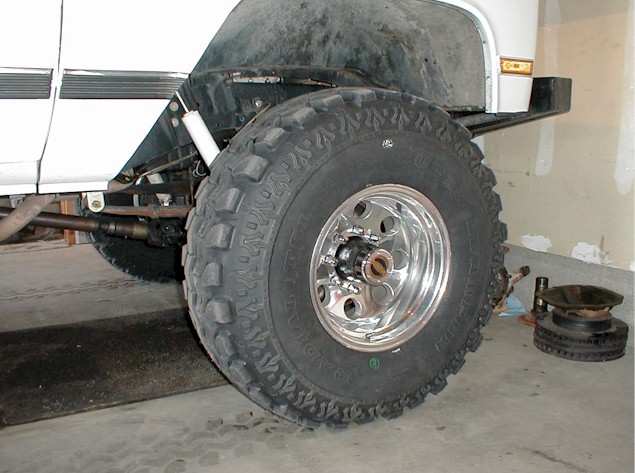 SSR Close-Up
​
The most recognizable change from our TSLradials is a slightly tighter tread pattern which greatly cuts down on tire noise and allows a slightly more contact pattern on the ground. Multi-directional sipes within the center tread blocks allow for increased flex of the individual tread lugs, which increases traction while reducing heat buildup and allow more biting edges for traction in snow and ice.

The SSR series was designed for off-roaders who need an aggressive off-road tire but also demanded on-road manners. One of the first things we noticed after the SSR's were mounted was how quiet they rode on the highway, the noise level was comparable to BFG All terrains, in fact it almost felt like we were driving a stock truck again. A few days after installation it snowed here in Colorado and we were anxious to give them a try, we were surprised by the excellent traction in 3" of snow and slush. The siped center lugs and soft rubber compound grip snow and ice almost like they’re on pavement. 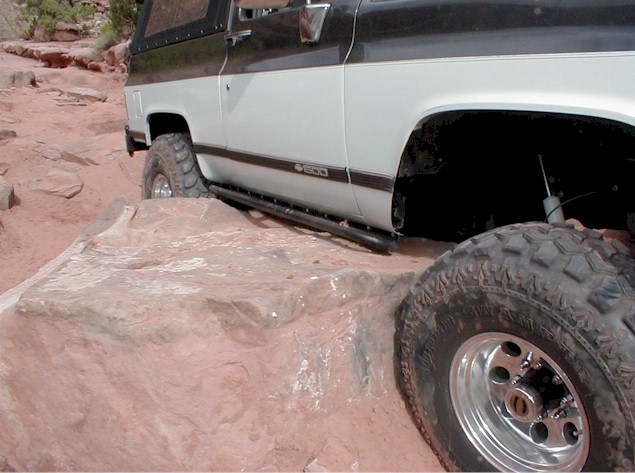 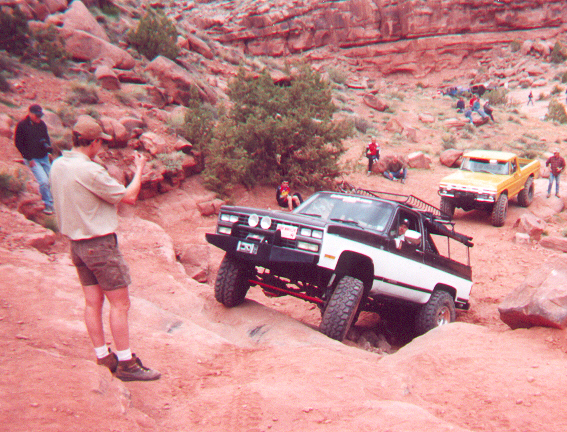 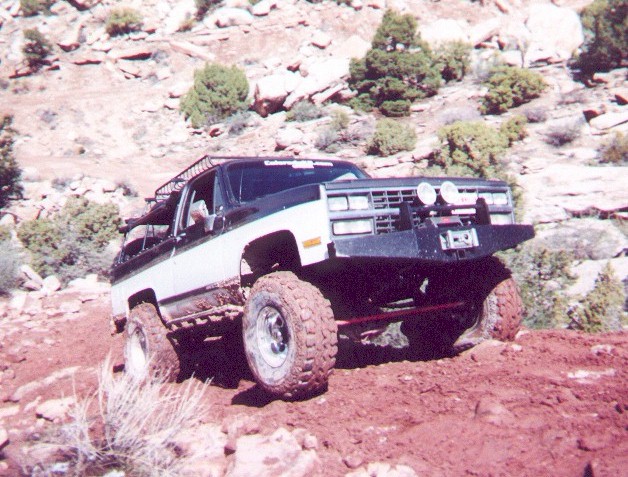 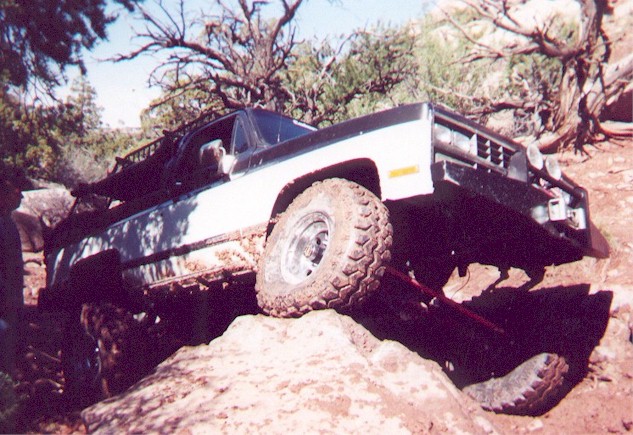 Muddy Rocks​
On to the real test, Easter Jeep Safari 2001, what better test then to drive 400 highway miles and then traverse some of the best trails Moab has to offer including slick rock, mud, dirt and sand, then drive 400 highway miles back. The drive out to Moab was great, we reached speeds of 90+ miles per hour and our Blazer felt smooth and under control.

We ran Pritchett Canyon, a 4 rated trail with our new SSR's and really liked the off-road performance although they did not flex as much as we had hoped only aired down to 15 PSI, with 10 ply side walls we would have to air down a bit more for the extreme stuff. The following day we ran Lower Helldorado an even more extreme trail, to make matters more interesting it had snowed the day before leaving the trail covered with mud and slippery wet rocks, large ones. This time we aired down to 8 PSI and the SSR's really flexed well and conformed to the shape of the rocks like a glove. A few times our Blazer was perched a top a large rounded muddy rock in prime position to slide off but we never seemed to loose our grip. At the end of the trail there was a steep hill that had been covered with mud, mostly from the snow the night before, we got the tires spinning at a good RPM and drove all the way to the top without any problems.

​
After running Lower Helldorado and the highway miles we racked up including snow and rain we are convinced this has got to be one of the best if not the best all around tire on the market, excellent street manners to get you to the trail head and awesome off-road ability to get you back again. With Interco developing more and more 16" diameter off-road tires they truly are poised to cover the needs of many off-road enthusiasts. Please visit Interco's web site to find a size to fit your application.