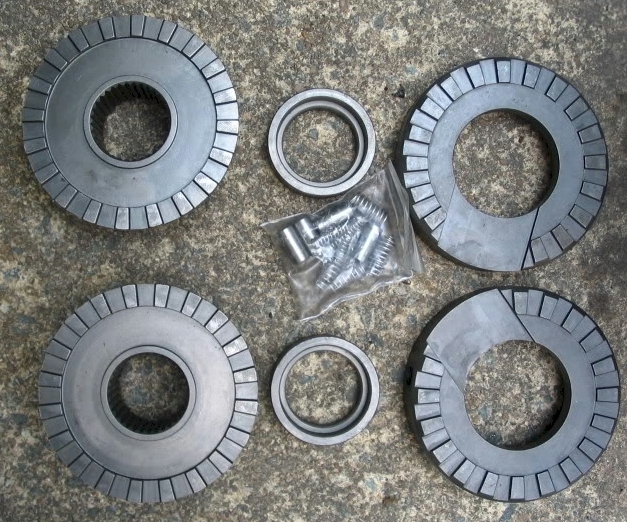 Lock Right Install
​
Today I installed a Richmond Lock Right into my 9.5" 14 bolt. I took pictures and figured I would right up a tech article so others could see how to do this since the pictures in the book are far from clear. Overall this is an extremely easy install in my opinion. Took me less than an hour including clean up and taking a few breaks since it was about 100 outside.

I assume most axles are going to be under the truck and not out on the back patio like mine is so may I remind you to chock the front wheels, throw the truck in neutral, and put the rear up on jack stands. Drain the oil into a bucket or something to dispose of later. Rotate the carrier until you have access to the pinion shaft retaining bolt. I have seen these snap off before so be careful while removing. Pull the bolt out and then the pinion shaft should slide out. Set those aside you will need them again later. Go ahead and push both tires in to get access to the C-clips. Remove them and pull the axles out a few inches. Now you can remove the spider gears and the washers behind them and set them aside; we wont be reusing those. Next you can pull the side gears out of the case. Be sure you get both thrust washers out of there as they need to be reused. What you are left with is an empty diff case. Get all your parts out of the box and set them out. You will have (2) couplers, (2) drivers, (2) spacers, and a bag of springs and shear pins. Remember the thrust washers you removed from the back of the side gears? Go ahead and set them with the new stuff. 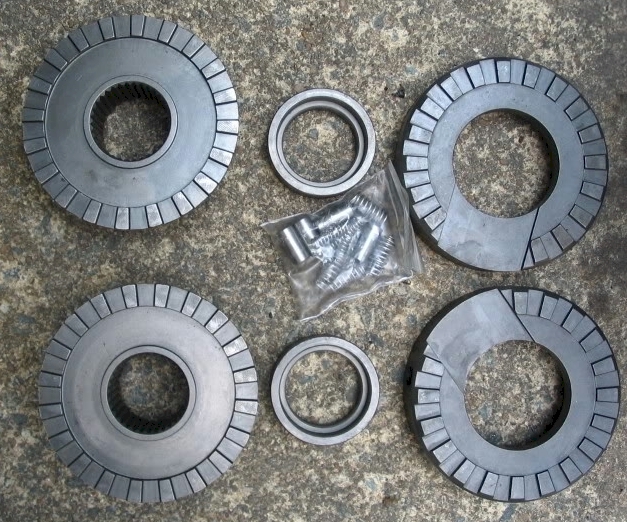 Now we are ready for actual installation of the locker. Take a thrust washer and put some grease on it and slap it on the backside of a coupler. Put the coupler into the ring gear side of the case and make sure it is seated fully. Slide the driver side axle back into the diff to allow c-clip installation. I put grease on the c-clip to hold it on so it wouldn't fall off while fooling with the diff. Once the c-clip is on pull the axle back out until it is seated against the coupler. Take a spacer and grease it up and slide it over the end of the shaft so it keeps the c-clip in place. Take a driver and place it over the spacer and rotate it so the teeth mesh and it is held in place. Now take a coupler and thrust washer and put it in the passenger side of the case. We will not be installing the c-clip at this time so just push the axle in far enough to have it flush with the coupler.

Now take the other driver and place it in the diff along with a spacer inside the driver. Make sure it is greased up good to hold it in place inside the driver. The driver will have a slot machined in to allow c-clip installation, orient it so it allows such. While holding the right driver and spacer against the left side driver slide your c-clip in and push it in with a screwdriver or something along those lines. Now you can pull the shaft out and seat it against the coupler. Go ahead and push that driver and spacer into position on against the right coupler and shaft. 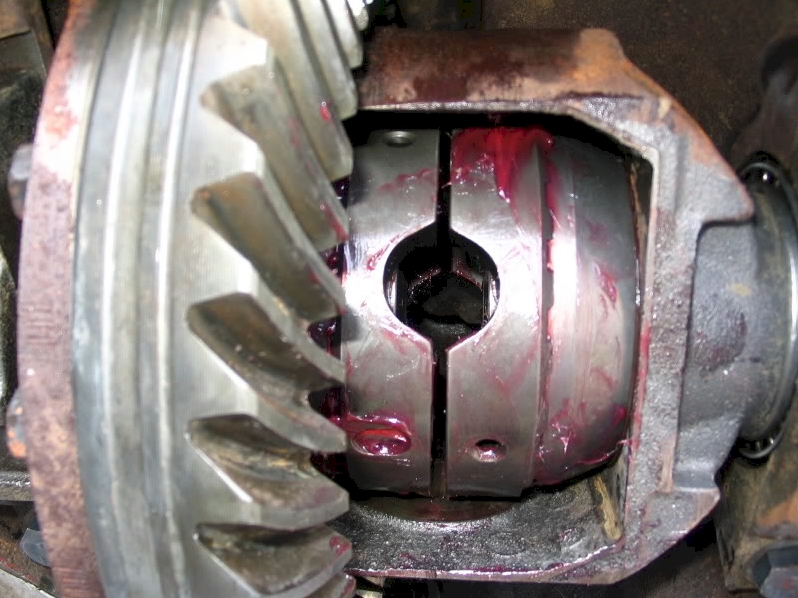 Now it is time to install the springs behind the shear pins. Rotate the drivers so a shear pin is lined up with a non-window hole in the opposite driver. (See picture above) Take something and push the shear pin out of the window hole and into the other driver. Repeat this for all four pins. Now take your springs making sure the small spring is inside the large one and place it inside a window hole behind a pin. Using a screwdriver or something similar pop the spring into place making sure it is fully seated. The final step is putting the cross pin and retaining bolt back into the diff. Slowly slide the shaft into the lock right making sure there is no interference. Put your bolt back in and you are done. Take a look at everything and make sure it looks correct. Rotate the tires and make sure it is operating like it should. Put the diff cover back on and fill with oil and enjoy your new locker. Excellent instructions, I just did a Dana 44 and the only difference was we had to remove the carrier.
Upvote 0 Downvote
Read more…
Menu
Log in
Register
Install the app
Top Bottom