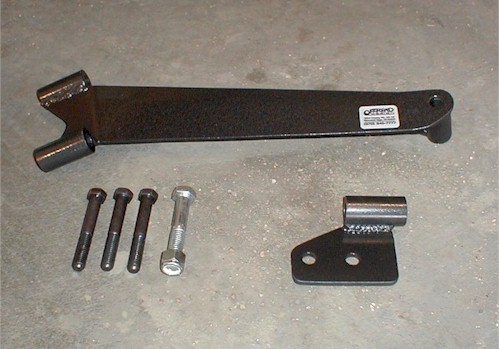 ORD Steering Box Brace​
If ever there was a "Must Have" part for your full-size GM, this is it, the ‘73 & up straight axle GM’s are notorious for cracking out the frame around the steering box bolts caused by increased steering loads like lifts, big tires and off-road use. Let's face it, a lot of us start the build up of our trucks with a lift and bigger tires with out giving to much thought to steering ramifications.

Better off-road performance usually affects on-road manners in a negative way, the ORD steering box brace kit can correct some of those negative manners, it ties the frame to the cross-member, triangulating the area to prevent the flex that causes cracks which is a major cause of wondering on the highway, not to mention complete failure in extreme conditions. If the frame is already broken, you will need a weld-on repair kit before you install the brace, this will get the frame back to original condition.

The brace kit consists of a long bracket that attaches to the inner frame rail with new grade 8 bolts that go through the bracket and thread into the steering box. The other end of the bracket attaches to the center of the front cross-member after a hole is either drilled or an existing one is enlarged. The kit also includes a smaller bracket to go in front of the cross-member. Later model trucks like our 90 Blazer have a factory angle shaped bracket in the corner which can be replaced with the smaller bracket provided. 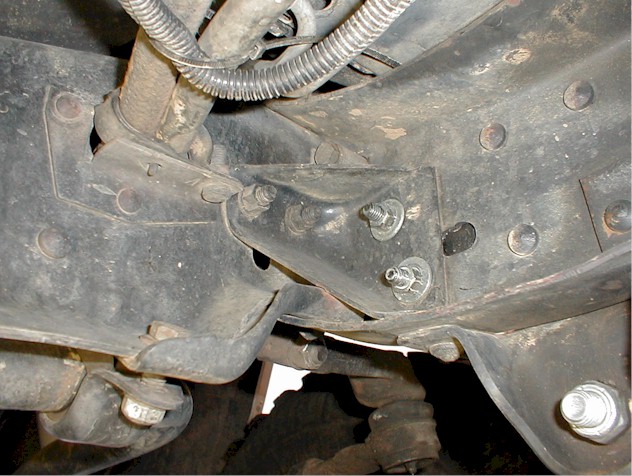 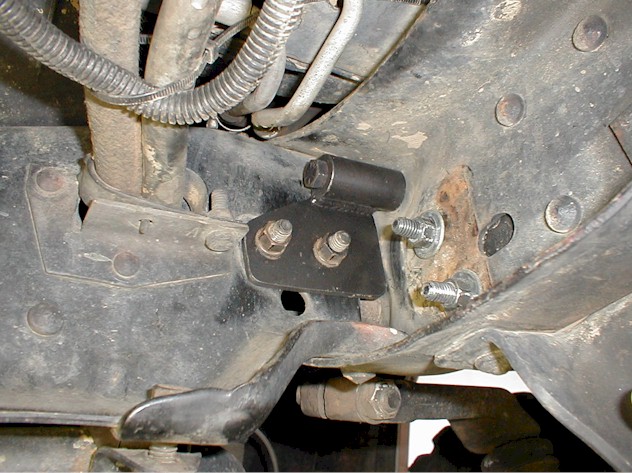 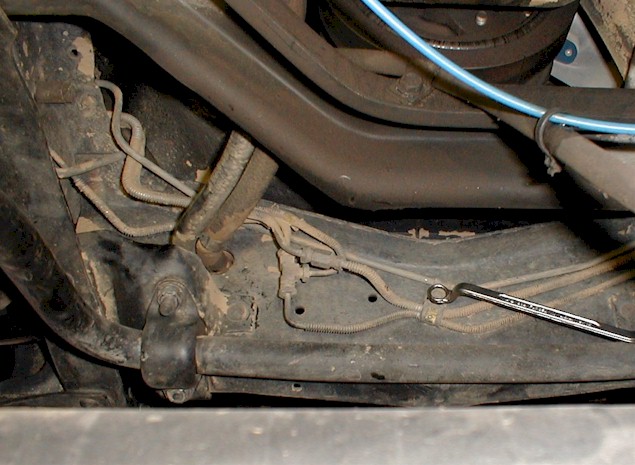 Brake Line hold down Tab
​
This kit is incredibly easy to install, in fact, the steering box doesn't even need to be removed for installation. To start, remove the bolt and spacer and small factory angle bracket (later GM trucks) from the forward steering box hole and loosely thread the provided steering box bolt through the smaller bracket into the steering box, then thread the two factory cross-member bolts through and tighten with threadlocker. You will want to tighten all three bolts up good and tight at this point so the steering box stays in place after the two rear steering box bolts and sleeves are removed. 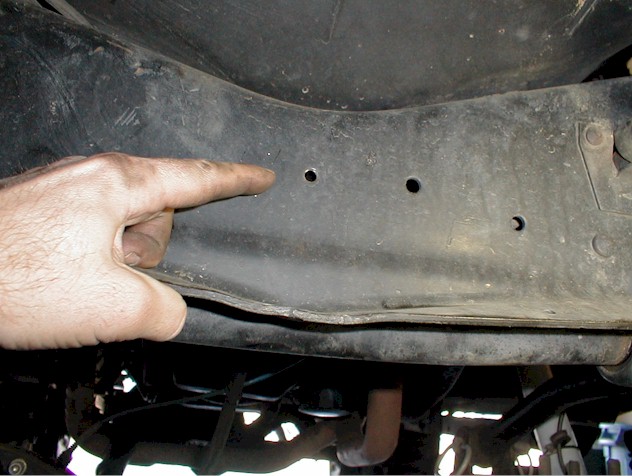 Pilot Hole from front of Cross-member 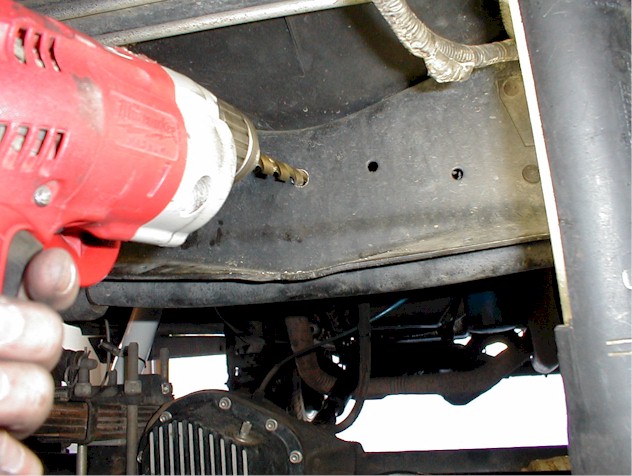 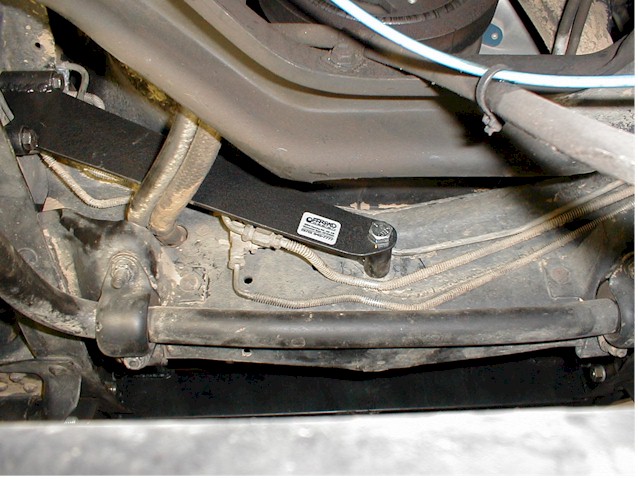 ORD Steering brace Installed
​
With the two rear steering box bolts removed, install the new bolts through the bosses on the larger bracket and thread the bolts into the steering box. There is a pilot hole for the other end of the brace in the middle of the cross-member, ours had a brake line hold down tab bolted through it, after the bolt was removed we could finagle the lines around, we had to unbolt a few other brake line hold downs to gain enough movement for proper clearance. With the steering box bolts finger tight, check the alignment of the brace with the pilot hole and make any adjustments with brake lines etc.. Loosen the two box bolts so the ORD brace can be moved away from the pilot hole and drill it out from the front of the cross-member using a 1/2" drill bit. Next, tighten the supplied 1/2" bolt and nut through the brace and cross-member as well as the remaining two box bolts using threadlocker to keep them tight. If the frame has been previously broken and repaired, you may have to purchase longer bolts for mounting the steering box, just make sure they are grade 8 or better.

After a lengthy test drive we noticed the steering felt much tighter than before and our K5 handled better than ever, soaking up bumps and uneven surfaces with ease, it almost felt like we were running 31's again. Off Road Design has corrected a problem that GM never bothered to fix, for around a hundred dollars, the ORD steering box brace is a must for any 73 & up full-size, click here for your application and pricing information.