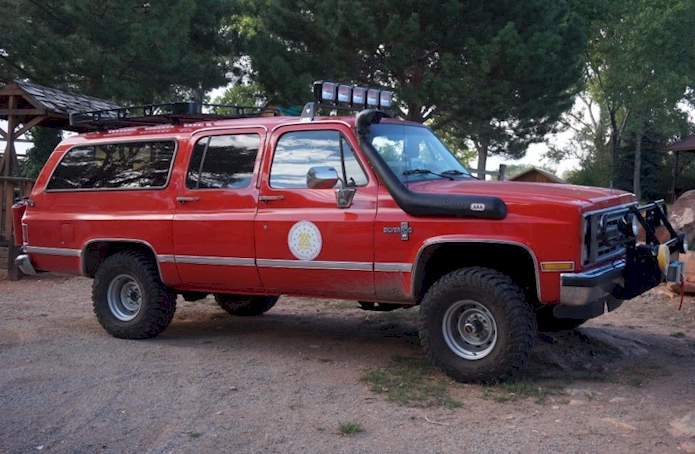 When you open the box you will want to be careful not to cut the template taped inside (at least on the Safari Snorkel). Remove all the items and then place the snorkel on the box so it is on the card board (easier to do before you break box down). You will then take and push the end where the pass through is at down to slightly leave impression. I drew a mark around the pass through and then used a hole saw by hand to cut the hole out in the box. 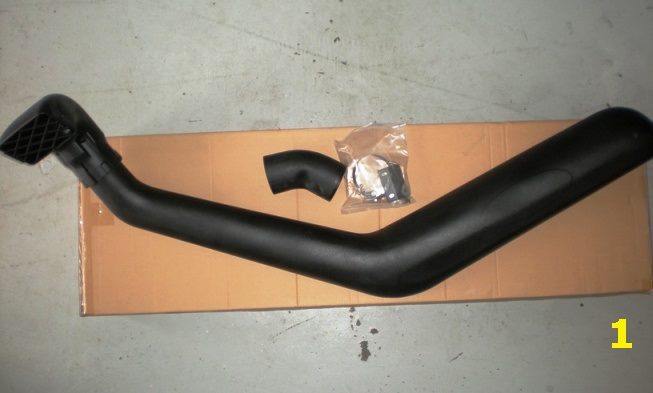 ​
Once you have the hole cut in the box place the snorkel on the box so that it has the majority on the cardboard. Next trace around the snorkel to get the shape and as far up the A-pillar part as you can (this helps on alignment). This will be part of your template; the other part is the Toyota one (for hole drilling). Next cut the card board out of the box and set aside.

​
You will now put the threaded studs in to the snorkel. There are two studs that you need to change to bolts so that are long enough to fit the K5 and suburban fender. (8m x 1.25mm x 31.75mm) They are the first and second lower from the front. 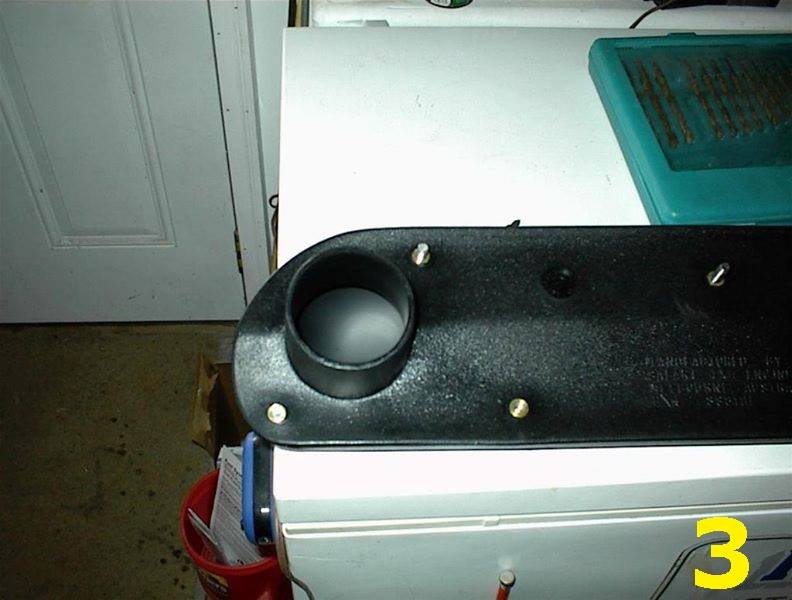 ​
Next place the snorkel back on the card board and press the studs in to it so you can see the marks of them. Using the drill bit open the holes for studs in card board. Make sure the snorkel mates to the cardboard. It is very important that the rear edge of the upright part matches!!! This edge will be what you use for placement to A- pillar. Now that you have that done we will move on to placement of the Toyota template. ​
Next I took the template from the snorkel (Toyota 80 series) and put behind the card board template after aligning the mounting holes. I cut the top of the Toyota template even with the card board box template I made. I then taped the white template to the truck so I could remove the cardboard one I made. Next step was to punch the bolt holes for drilling (tip blue painters tape on fender before drilling will protect from slips). To bolt on the lower rear bolts use a Ratcheting wrench with blue painters tape to hold the nuts on. The lower front bolt needs to be longer to secure it. Note: see that door has room to open before drilling. 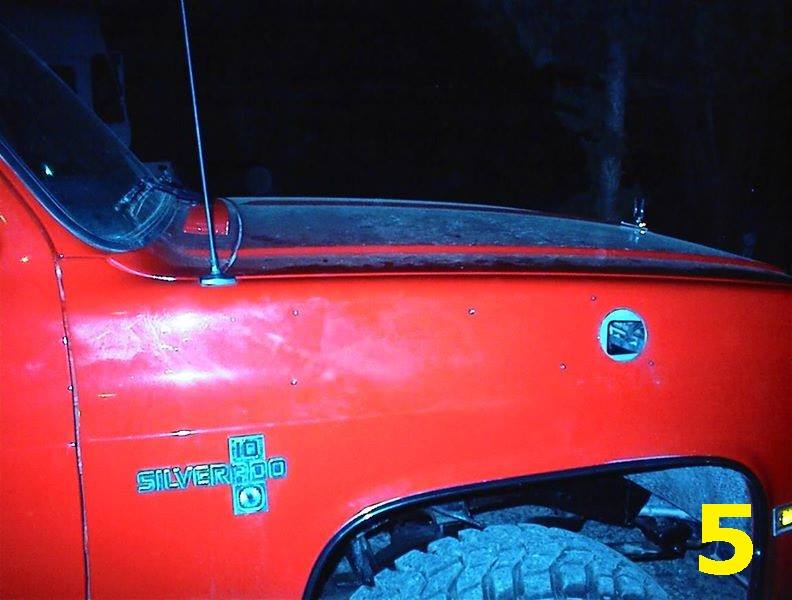 ​
When you do the pass through hole take your time and use a cutting oil to help the hole saw. When you bolt the snorkel on be sure to use some loctite on the threads going in to snorkel body (I'm sure you knew it). Then I had to cut the support in the crumple zone and added a flat metal insert tack welded to the rear of connecting hose. I plan to make a flat metal cover to put in front; held by screws to stiffen inner fender. We sprayed under coating on the area. Taking the battery and over flow off before starting makes things easier to work in area. ​
Here you can see why you need the longer lower front bolt and how far the snorkel is from the pillar. 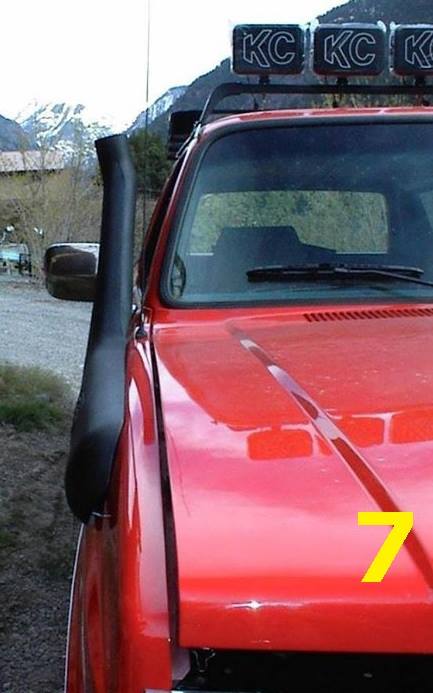 ​
To get the snorkel over you need to fill it with silica sand to dissipate the heat from warping the plastic. The secret is to go slow and back and forth over the area. This is a long slow process!! You apply heat to the overall area and keep moving around the elbow section. We heated above and down in to the flat area. 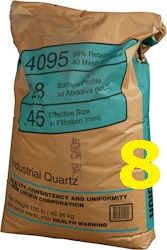 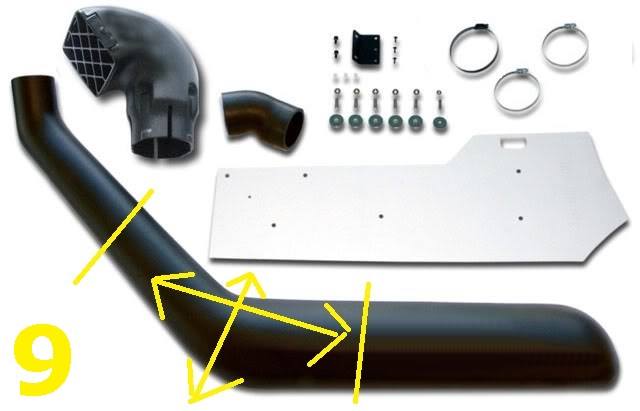 ​
Also to help get it over we used a ratchet strap with the ratchet strap near the top and just minor tension on it to slowly bend snorkel to prevent kinking it (the sand helps too). 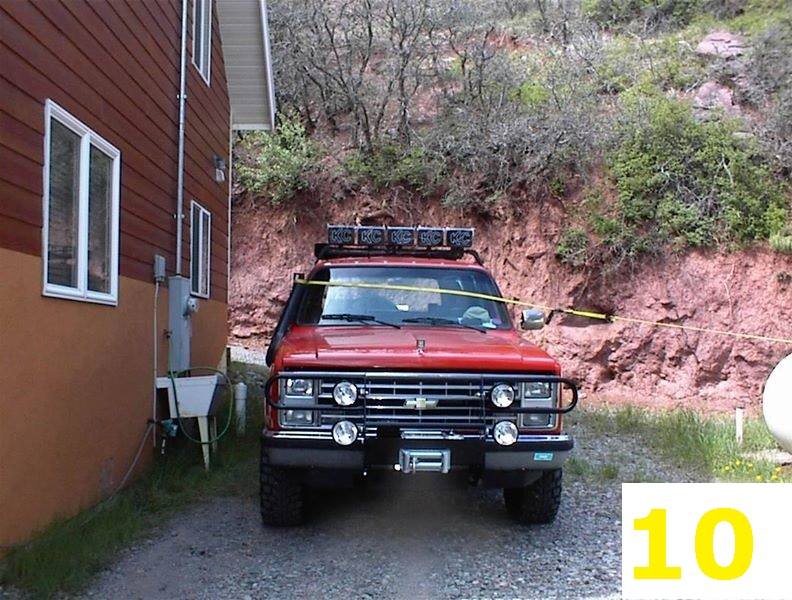 ​
As the strap would go slack due to heating we would adjust it back to as you see in picture. GO SLOW ON HEATING!!!! Do not rush it. When heating you want to make sure that the snorkel does not bend to the rear (door would hit it) our fixed end of strap was slightly in front of LF name badge. This caused the pull to be slightly forward and in toward truck.

As for the bracket that comes with it the angle is wrong. You have to either make a new one or bend it (break it and weld the angle opposite.) You will see what I mean when you hold it to the A pillar. Next the bracket that was supplied had to be almost flattened. The three screw side was trimmed to allow the bracket to fit the truck. The back edge was angled and taken down to the mounting holes. ​
I put some black silicone in the gap on lower front where the bolt was visible (not all along under side just front curve).

Finished and ready to go taken at Blazer Bash 2014