I have owned it for about 3 years but it is not until now i got some time to spend on it since i have been busy building a garage large enough for it since i'm dead tired of working outside in either biting cold or biting mosquitos large as small birds.

I have owned 4 Suburbans before but i was never satisfied.. i needed to get just the right Suburban.

I killed this one.

When i bought i it had some broken plastic running boards and the GMC grill but i switched for a Chevy grille and gave away the running boards.

Then i installed a 3,5 kW Webasto from a forklift because of the unpleasant climate in this part of the world.

I threw out the small expensive (in Sweden at least) diesel filter and put a industrial CAV filter instead.

I bought a brand new set of Nokian Hakkapeliitta spike tires to be able to stop this thing on the icy roads we got here.

Then i threw away the original stereo and put in a amplifier for the sound. This killed the original speakers so i put in 4" MTX speakers in the front and a 12" boom box in the back. (yes, the original mounting holes craved a bit of "persuading" to accept the new speakers)

Finally i bought a roof tent to be able to satisfy my camping needs.

This was the fun part... then i took a grip on myself and started to fix the rust... you know that red/brown crusty plauge!
This far i have fixed the rear fenders and are about to fix the dreaded last vertical beam.

My future plans is to build a solid wall between the caro area and the passenger area, put on the "elk catcher" from the killed black Suburban and some rock sliders and a nice box from the 4th kill (a 2wd i did not even take a photo of before i killed).
I will also fix some rust of course.
Click to expand...

My Avatar Is Indicative Of My Daffitude

I like it and will be following the thread.

Since i have my children every second week the work on the burban is on a standstill those weeks but i need to do something! so i cut out a square hole in my old cargo "fence", rattle canned it and installed it. Now i need to secure it to the floor and sides with screws.

Soo... did some beloved rust fixing this weekend. Did the inner fenders in the rear. I'm not good at this so i cannot imagine that i would contribute anything the world by showing it but it took me about 8 hours.
I did however manage to stick in a mod in between when i was too fed up with the rust:

The orginial cables for the lights are somewhat bad (showed at the right side of the picture) so i decided to use some better contacts and put new cables in with a bigger diameter directly from the battery and only use the old system as a input for the relay.

The new cables/contacts are 2,5 mm2 and are made for commercial trucks so i think it will make a difference. Everything is soldered togheter and covered with shrinking tube since i live in a roadsalt loving area.

By the way, i use to have this problem that i never remember where i left my car when shopping at a mall so i have spent a lot of time walking around on mall parkings with crying kids and a ****load of groceries.... this problem is gone, spot the Burban!

I had my kids this weekend but i managed to squeeze in some work. I put some panel on the cargo fence and installed my subwoofer (infinity Kappa), it was a big boost in bass performance when i put the "wall" in and it is not nearly finnished yet, i shall put some sound dampening material on and some fancy fabric

My youngest, Robin, is not at all interested in my project, he just want to go home and play PS3!

Funny how American vehicles kind of stick out from the rest of the world's.

A Burb might be my next project... Something for over night/day trips...

I had to Do some urgent things, like welding the drivers seat and exchange the rear vertical beam to be able to get it thru yearly inspection so i have Been busy, photos Will come. By the Way, it's christmas time and all shopping mall parking lots are crowded. How Lucky i i'm to have a mall crawler!

X2 on the tent!! Interested in where I could get one of those!

HOLY SH*T!
You're my doppelgänger!

Ok, time for an update. First some pictures of the vertical beam project:

First some cutting... about 1 kg of mud in the fender 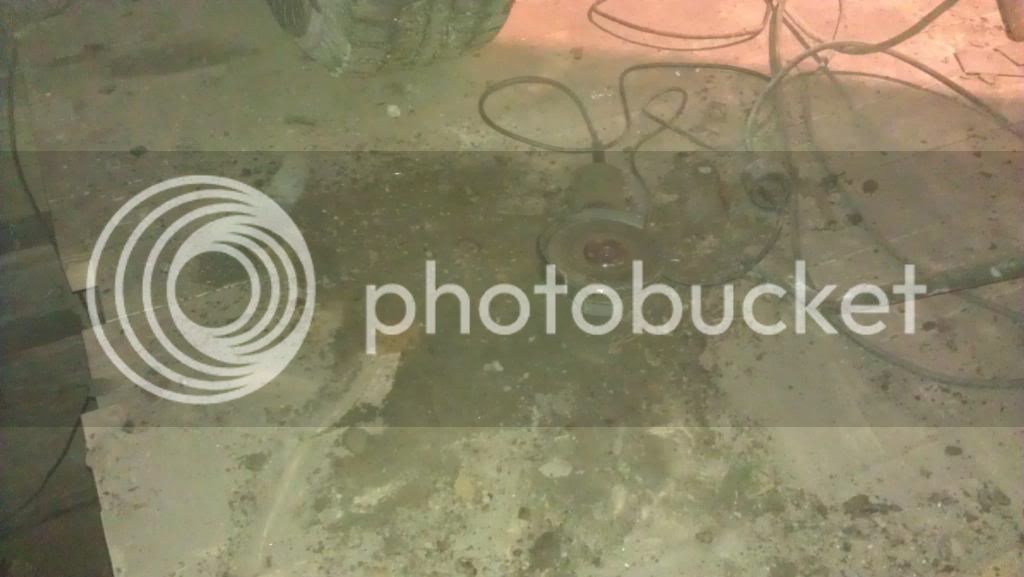 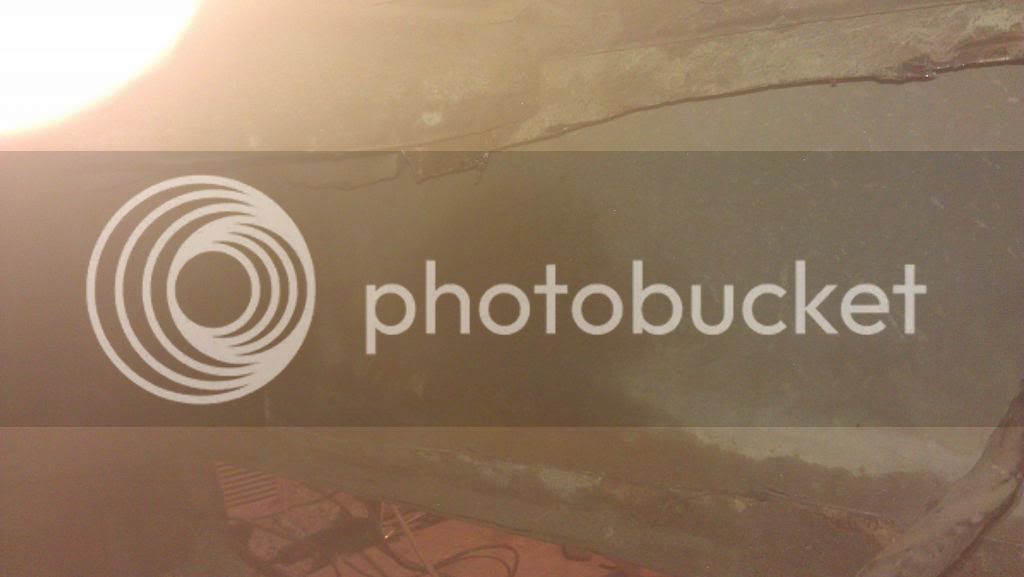 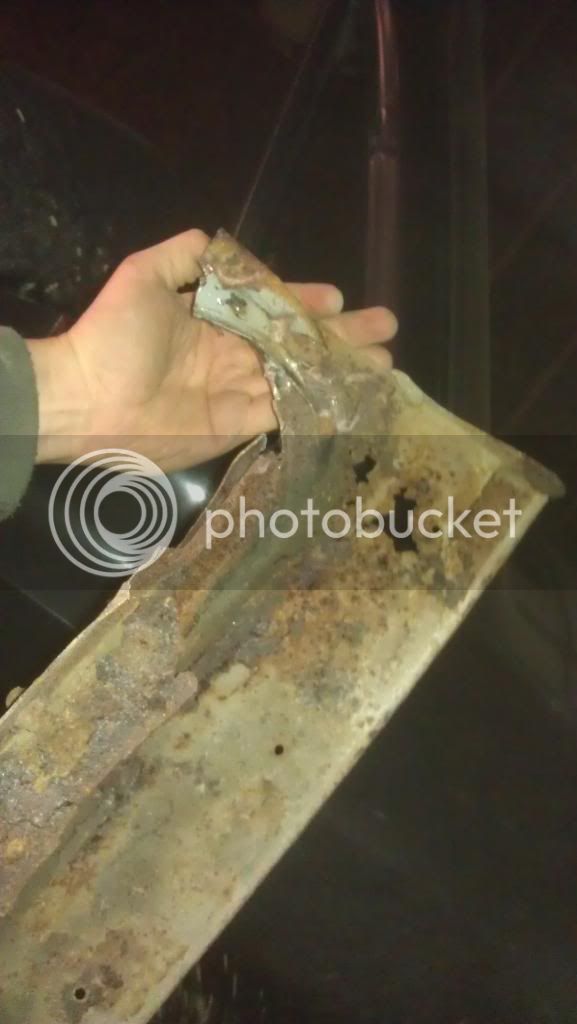 Ohh, this is going to be fun.. or not 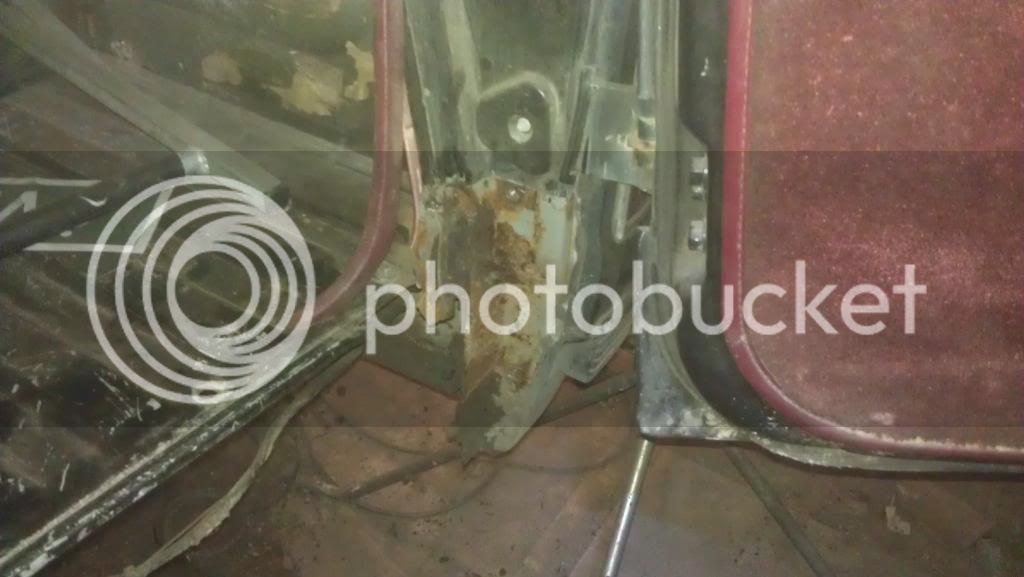 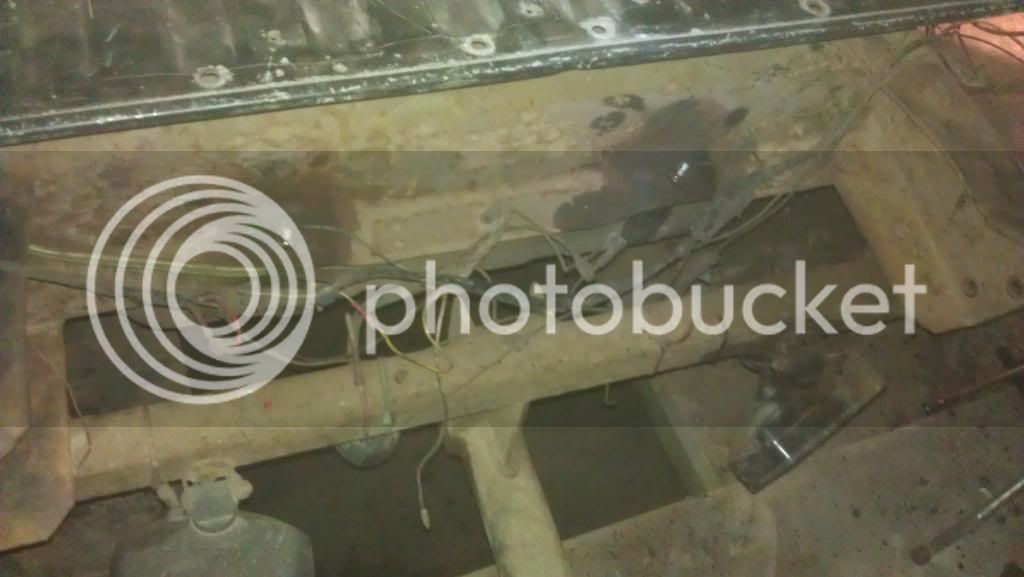 Not anything professional about this patchwork but it sticks togheter 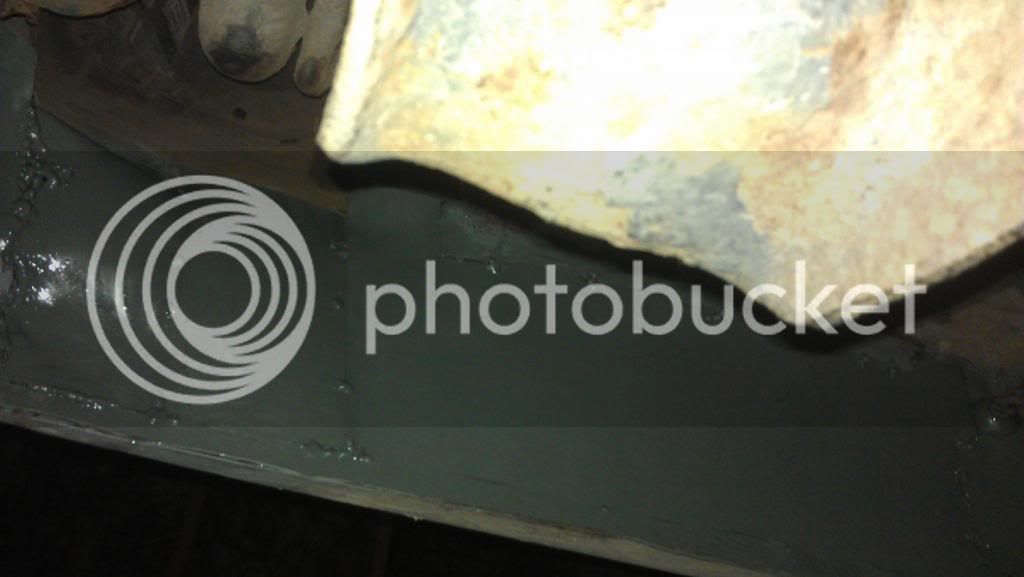 Time for the heavy stuff! welded the ends and threaded holes. 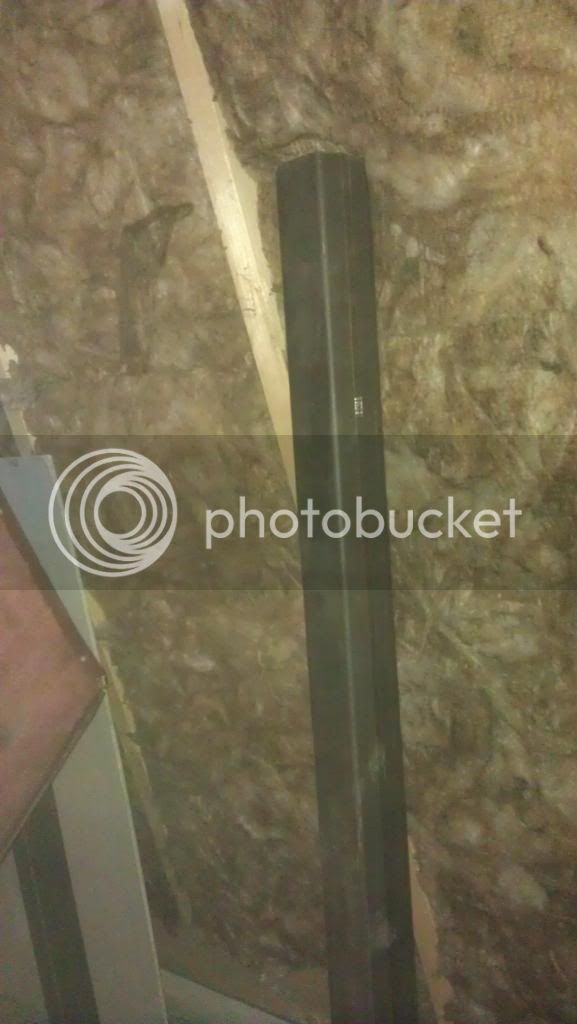 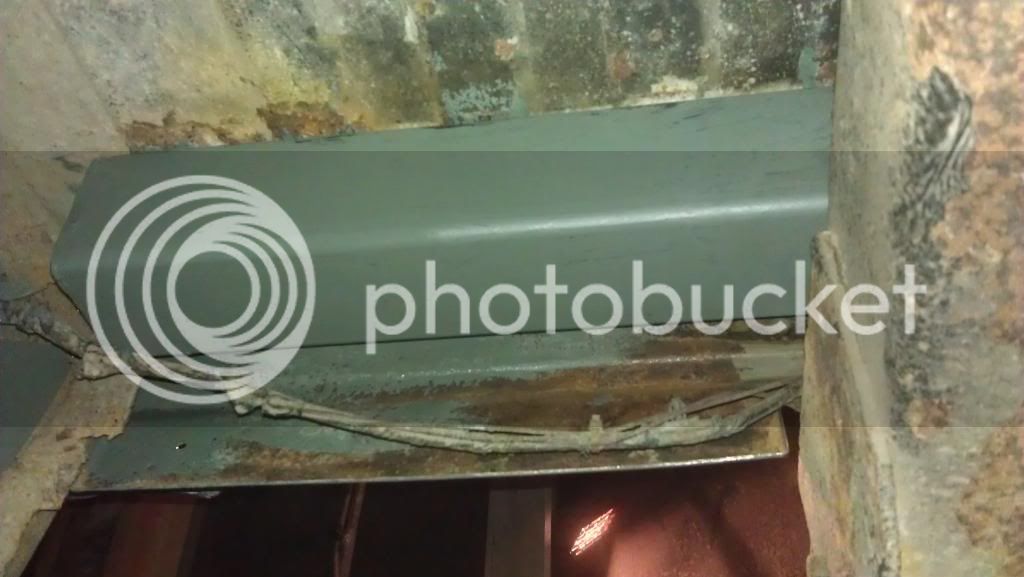 Spotwelded it togheter again and put some paint on 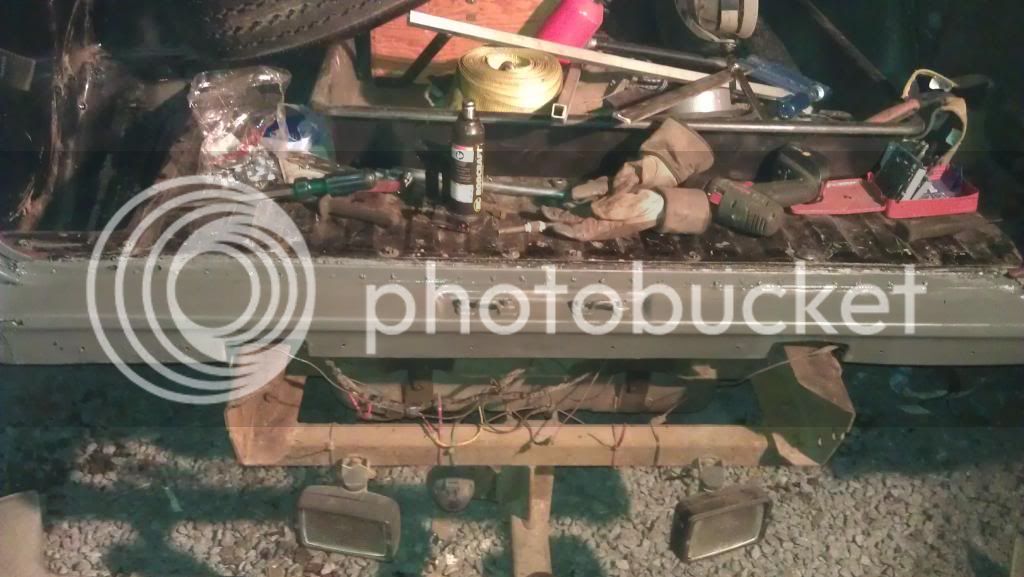 Got some goodies from Summit

new Bilsteins front and back, new steering damper and new U-bolts for the front axle. 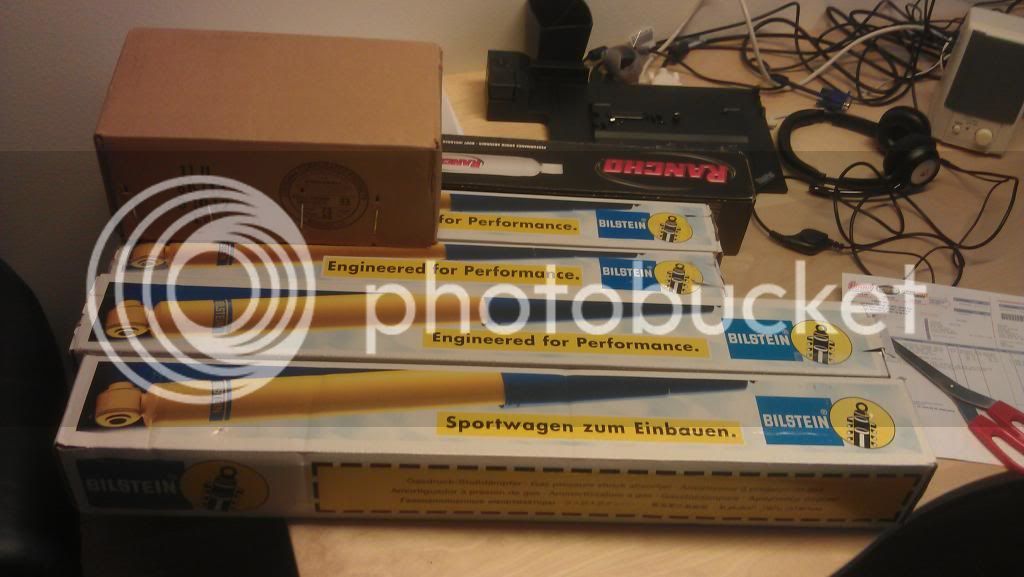 so far i have only fitted the rear ones but i will hopefully fit the rest of the stuff this weekend! 
Yes it does, i could'nt really understand the function for the old ones.. i could push them in really easy but it was nearly impossible to get them to retract again?

I need to understand how i should fit the new front shocks, i thought there would be some instructions with the shocks but i could'nt find any. i have dual shocks in front for the moment. Probably i find the info i need on this forum


Thanx! i have not had any good chance to try it out yet because last summer rained away in Sweden. Hopefully this summer will be better and i will also drive down to Köln in Germany to a big reggae fesival this summer with this rig + tent.

brt666 said:
Yes it does, i could'nt really understand the function for the old ones.. i could push them in really easy but it was nearly impossible to get them to retract again?

I need to understand how i should fit the new front shocks, i thought there would be some instructions with the shocks but i could'nt find any. i have dual shocks in front for the moment. Probably i find the info i need on this forum

Your old ones were probably dead. I've had old shocks do that. No longer any pressure in them to push the shaft back out.

Pictures of the cargo wall

From the back, with sound insulation 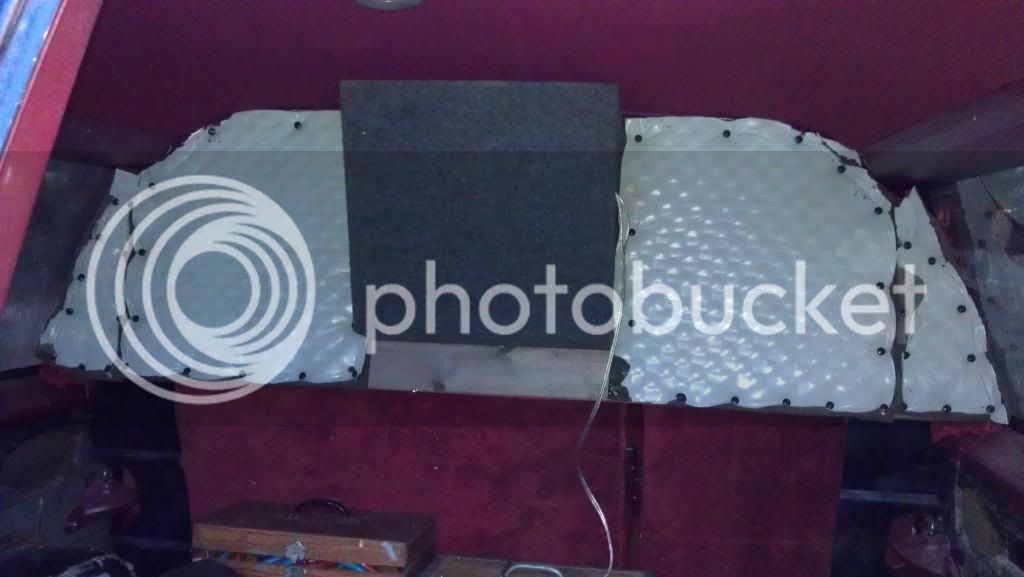 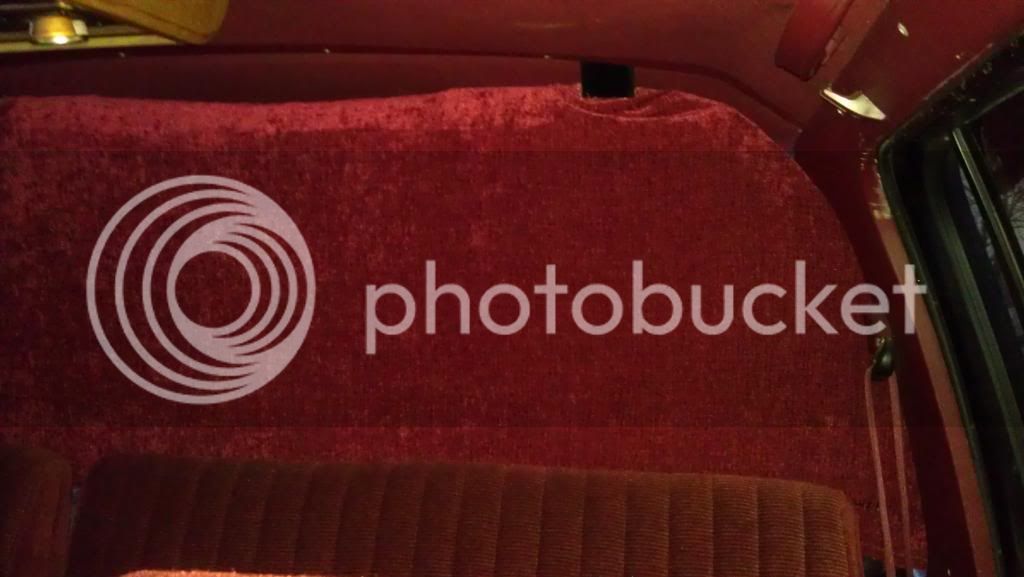 AJMBLAZER said:
Your old ones were probably dead. I've had old shocks do that. No longer any pressure in them to push the shaft back out.


I ordered single Bilsteins for the front but there are duals on the truck now. My concern is in what position i should put the singel Bilsteins the current shocks are fitted in 2 positions with a slight angle compared to eachother.
You must log in or register to reply here.
Share:
Facebook Twitter Reddit Pinterest Tumblr WhatsApp Email Share Link
Menu
Log in
Register
Install the app
Top Bottom