ktmoutfront said:
I posted a picture in the office thread from inside of a skid steer yesterday. It was a brutal 2 days of work.
A friend had been trying, for 10 months, to get a landscaper to do final grade and seed his property after his house was built. He had 140 10 yard piles of top soil to spread around the house, driveways, sidewalks and his shop. A lot of intricate fine work. He asked if I would help as he new that I have a couple thousand of house running equipment under my belt.

I forgot how much a skidder beats you up. Thursday was spent moving the bulk of the material and fine grading. Another friend brought his MF tractor with a bucket and home made blade. The blade was useless and the tractor was so slow, it was always in my way.

Friday started with running the Harley rake. Never used one before. Asked the owner of the rental yard what the trick was. "No idea. Never used one", he said. So that took a little while to figure out. Then one Hydraulic hose broke. He brought another one out and I swapped it. I had no idea that creating dust was a lanscaping thing. That harley rake sucked, but it did its job.

Blow the straw ove r the seed that they were spreading behind me was more work than any of us thought. I was feeding the blower, on the trailer. After 20 bales fed, we went to get more from the other trailer. I was not feeling well all of a sudden. Sat down in the trailer. Almost needed to puke. We stopped at the other trailer and I yelled at Jerry to get me some water. I could not get up. Dumping water over me head brought me back enough to get into the shade in the garage with the fan blowing on me.

We had powered through lunch so we could get the whole thing finished. That was a mistake. Crackers and deli meats were brought out by his wife. Then Jerry passed out in his chair. We doused him with water and got him drink a little water. Took about a half an hour to get back to working mode.

The oldest guy there, Wally, in his 70s, was driving the truck in the AC. So he fed the blower for the last 30 minutes or so. It really beat Jerry and me up after 2 days of labor.

We are not young men any longer.

I was so tired when I got home at 6:30 last night, I showered and sat in my recliner until 10pm. Then went to bed in pain.

So sore this morning. I drove to O'Reilly's this morning to exchange a gasket set for the Cadillac and get an idler pully for the Fugly Duckling. I was confused because the guy kept saying I bought the about set a week ago. I kept telling him no. It was bought months ago. I was getting a little irritated. Just let him do his thing and left. Then I realized that the Cadillac owner had picked it up for the oil leak change.

I am not fully with it today. So tired. I was invited to go to 5 car shows this weekend. Not doing any of them. Each person has called to check what is going on. I am staying home the rest of the weekend.
Click to expand...

I never knew what heat stroke is until I came to California.
Dry heat sneaks up on me.
It happened a couple of times so far, not fun.
I never got to blacking out, but I had a few worthless days afterwards

It's 2am. Exhausted and unable to sleep. I hope the Doctor has some relief for my shoulder pain on Monday.

It's 3am. Let's see what 2 fingers of bourbon will do for me. I hate having to do that.

4am. That did not work. Hungry now.
Stupid broken brain won't shut down.

Fell asleep sometime after that post. Woke up at 6:45. Going to be a tough day.

Yeah. Both shoulders are bone on bone. Just like my hips were.

ktmoutfront said:
Yeah. Both shoulders are bone on bone. Just like my hips were.

Genetic. From both parents.

Going to do this in the right one on June 2nd. 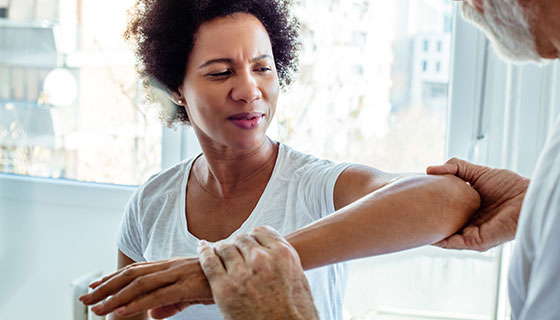 Replacement of both is in my future.

Obviously the wrong link. Not Shure where that came from. I was trying to link the info where it describes it for joint repair. But yes, it is also used to improve hair growth.

Well I could use a horse shoe hair cut fix.

Hope the treatment is successful.
F

If you use any anti-inflammatory meds, try taking them when you begin a project like that. Getting ahead of the inflammation instead of chasing it can be a huge help in limiting the pain and further degradation of joints.
I hope you get some relief soon.

flatland said:
If you use any anti-inflammatory meds, try taking them when you begin a project like that. Getting ahead of the inflammation instead of chasing it can be a huge help in limiting the pain and further degradation of joints.
I hope you get some relief soon.
Click to expand...

I don't take any meds. Doctor's always look at me funny when I say that.

ktmoutfront said:
I don't take any meds. Doctor's always look at me funny when I say that.
Click to expand...

those are looks of pleasant surprise. i can't tell you how many patients i see in the office younger than me on 10+ meds. i don't know how they keep up with all that stuff

After watching my dad fade while on dialysis, because of the crap they prescribed for his arthritis, I try to stay away from adding more chemicals into my system.

ktmoutfront said:
After watching my dad fade while on dialysis, because of the crap they prescribed for his arthritis, I try to stay away from adding more chemicals into my system.
Click to expand...

Good thinking, me too
F

10-4
I limit my use of ibuprofen, etc. to times of true need. Usually only 1 or 2 times a month. One should certainly be cautious if any liver/kidney issues exist.
Wise use helps balance quantity and quality of life.

Wise use of a body is a big help as well! Take care of yourself. We all push too hard at times, and there's always a price to be paid.

I know you'll be back at it soon, Good Luck!