One of my daughters asked to go camping/hiking before school starts back up. Until I get my 1/2 ton '77 axles (3.73) under my '79 which has 2.76 gears, I'm kinda limited (self-imposed) on the trails I go.
Several years ago, a buddy and I went up to Saxon Mountain in his stock mid-90s Tacoma above Georgetown. I didn't remember it being too difficult, nothing remarkable, so I thought heading up to that area would be a good trip to take.
We left Centennial Friday afternoon, about 1400 hrs and headed up I-70. At MM 255, a huge dust cloud formed, out of which an SUV flipped end over end from my left to right, maybe 40 feet ahead of us. I slammed on the brakes. Another car, a silver Pontiac stopped about one car length in front of us. There was debris all over the middle and right WB lanes. The truck that stopped just ahead of the Pontiac (I think) ran over to the car, checked for occupants,then over to the SUV, Chevy Avalanche to do the same.
There were a lot of fast reacting people there, already out of their cars and to the damaged one's. I didn't see anyone with a phone, so I dialed 911 and reported the accident and made sure they sent several ambulances, at least 3 vehicles involved, maybe only 2. I didn't feel I could do anymore so we got out of the way and continued on to Idaho Springs.
I took CO 103 to Cascade Creek Rd to Ute Creek Rd then set up camp near the summit. The next morning after breakfast, we headed on to Georgetown via Saxon Mountain Rd. My phone died during the night, I thought I turned it off, but I must have restarted it instead so the battery ran down to zero and I didn't bring my charger, so no pics for the more exciting(ha) part of the trail run. I thought about going down Spring Creek, once home and mapping it out, glad I didn't. Saxon Mountain Road seemed like the best and quickest route to get down.
The first obstacle was a huge rock outcropping sticking out toward a freakin' huge rock along the edge of the trail. With my daughter spotting me, I was able to get through, but had to turn the driver's mirror inboard for clearance. About half way down the switchbacks there was a second obstacle. If I couldn't fit the K5 between these rocks, I was going to have to back up the trail and go through obstacle #1. She said I had less than an inch clearance on each side, but we made it through. Then a little further down there was obstacle #3. Too narrow to fit between, too big to crawl over without trail damage. I was able to get over one of the rocks, almost high centering on the frame. I had enough traction in front and right rear to drag over to the rear tire and get over.
The rest of the way down was pretty easy. Any of you guys ever gone up or down Saxon Mountain Rd? I sure didn't remember it being so narrow. I guess with my friend's Toyota being narrow, we didn't have any issues at all. Jeeps definitely have the advantage on this one...

Pics of the accident. News is claiming the mom(driver of silver Pontiac) was drugged or drunk and had minor injuries. I didn't see anyone in the Pontiac, I think she was able to walk away from the car. Child in the rear was killed. Occupants of the Avalanche were taken to the hospital. As I drove by the truck, it was a freakin' bloody mess. 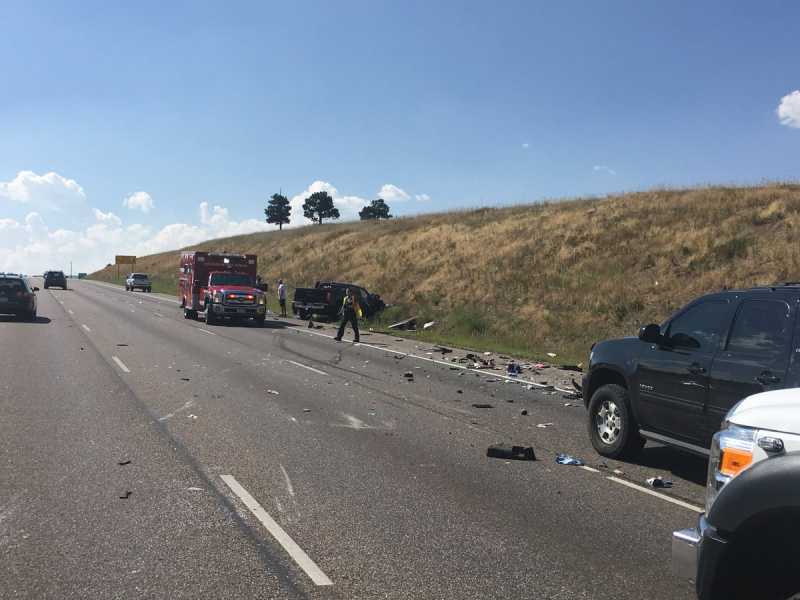 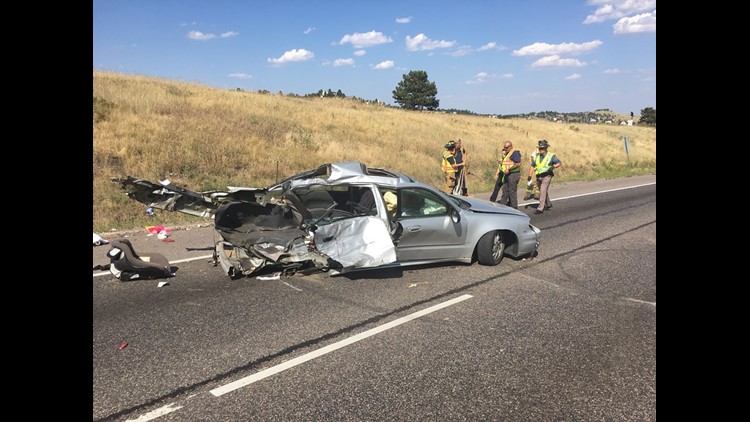 On the bright side, I had an awesome trip with my daughter. Was able to see an incredible sunset, so many more stars we can't see in the city and several satellites orbiting west-east and north-south. I figured since we were at 11k ft, there would be frost on the windshield. I bet it didn't get close to 50F. Used the accident as an object lesson, that you never know when you live can change in an instant and to make sure to know where you're spending eternity.