Got a bunch of parts in today. Blondie put her crank and cam cover seals on the Bayou.

Still waiting on the king pins and starter for the Bayou.

Well the Bayou started running like crap today. Backfiring and stuttering at anything above an idle. Cleaned the carb really good and no change. Plug is bright white, which I know means lean, but opening the choke doesn't make it any better.

Gonna check float height and check the fuel flow from the tank tomorrow. They both seemed good today but I'll check again.

I also pulled the cam cover, the timing marks are still lined up, but I've heard to partially shearing the crank key causing issues too and I need to pull that side of the engine off to diagnose an issue with the starter anyways.

Any suggestions on other things to check would be great. It starts easy and idles fine. Just started popping and carrying on out of the blue today.

Spent most of the day on the Bayou. Checked the timing marks again, adjusted the valves, pulled the side cover and checked for a sheared woodruff key on the flywheel and did a compression test.

Everything checked out fine there.

Ohmed the coil and ignition module and they were both out of spec. Ordered a couple eBay parts as the factory coil isn't available and the module is $320!

Also figured out the starter limiting clutch is why the starter won't turn the engine over so I ordered one of those too.

While it's apart, I pressure washed it and started straightening the racks where it looks like this bike has been rolled over before.

It's gonna be a pretty nice bike when we're done.

I need to tear into my 87 Warrior and get it running again!

I filled my '17 Grizzly with fresh fuel the other day...

We tinkered with the Bayou some yesterday. Blondie asked if any parts were coming for it and I told here there were some at the post office. She perked right up and after I got the brakes finished on the Xterra, the test drive was us going to get her 4wheeler parts.

She installed the new ignition coil and then we pushed it outside so she could brush and paint the rusty spots on the frame. The first coat was just about dry and a rain storm forced us to clean it up for the evening.

A bunch more parts should be here Monday, so hopefully we can make some more progress next week.

Still waiting on the starter idler gear/clutch but we started putting it back together so she could ride it.

Got most of the body work back on yesterday. Also leaned it down a little on the low end. I think it's still a little rich through mid range. I might drop the needle one notch and see what that does for it.

After a month of waiting on parts, the Kawasaki will finally start itself!!! 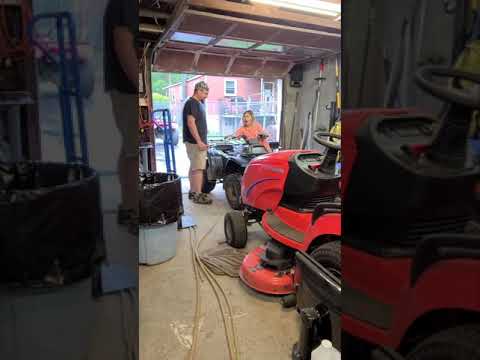 We finally got to take the Suzuki and Kawasaki riding Saturday. About 16 miles total in 4 hours. Blondie really enjoyed it and I had a great time. It's been years since I've done in ATV riding.

I can't wait to get the grizzly out this year sometime. My riding buddies and I tend towards epic riding days. Our biggest day was 149 miles of back country and mountain trails in BC 2 years ago. We didn't set out to ride that much, but I had dropped my cell phone on the ride the previous day. I was about 90% where it was, but it was a 40 mile ride to go get it...before the days planned ride.

tRustyK5 said:
I can't wait to get the grizzly out this year sometime. My riding buddies and I tend towards epic riding days. Our biggest day was 149 miles of back country and mountain trails in BC 2 years ago. We didn't set out to ride that much, but I had dropped my cell phone on the ride the previous day. I was about 90% where it was, but it was a 40 mile ride to go get it...before the days planned ride.

I wish I had access to those kinds of trails here. There is some big hunting lease up in WV that we can supposedly get a membership with and have several thousand acres to ride on but I haven't looked into it yet to see what's involved.

There are several more ATV trails where we were but one of my buddies had tagged along in his Xterra and couldn't ride those trails with us. Plus I think this was a good introduction for Blondie. Enough to excite but not enough to wear her out and leave her hurting.

Yeah I agree it's best to get Blondie acclimated a little at a time. 100+ miles on a quad in one day is a lot, and it does beat you up a little. That is why I run the auxillary fuel tank on the front of the Grizz though. I hate worrying if we have enough fuel, and I really hate when we have to bail on a really cool trail because we're worried we don't have enough fuel to get back.

We don't have much near my house here unless you like mud. As stupid as it sounds I make the 6+ hour drive into BC to go explore the mountains. I've gone as far as a 10 hour drive to my buddy's cabin near Tulameen BC to go quadding for a weekend. A lot of the trails are old logging roads that haven't been active in decades. The pic I posted was near Blue River BC, just outside the Wells Gray park boundary. Hundreds of miles of great quadding, although the mosquitos were savage. Tulameen was epic, and the day I lost my phone we ran the Whipsaw FSR twice. It's 25 miles of rock crawling with a lake and primitive campsite in the middle. plenty of time in low range locked/locked.

Covid really put a cramp in being able to hook up with my friends in BC. I haven't been since the fall of 2018. The following year I burned all my holiday time for family that decided to come visit us here. 2020, I don't need to explain.

At this rate I'll have it paid off before I ride it again. lol

Sounds like good times! I still have to get two more so the whole family will have one to ride. Then we'll find somewhere to go for a weekend. Uwharrie National Forest and Black Mountain Offroad are not very far off we go for a weekend.

The ATV trails where we went Saturday would be good too. I've never been on them before and there's several miles all around the mountain. 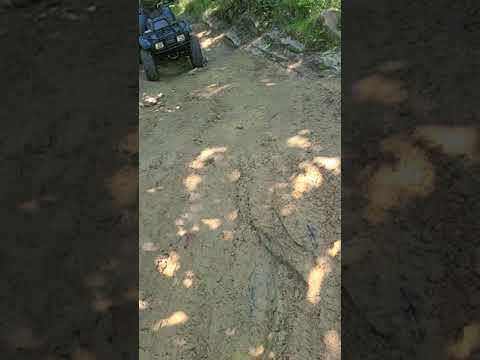 Yeah. I've gotta have 5 running. And probably a spare..... This is a family affair